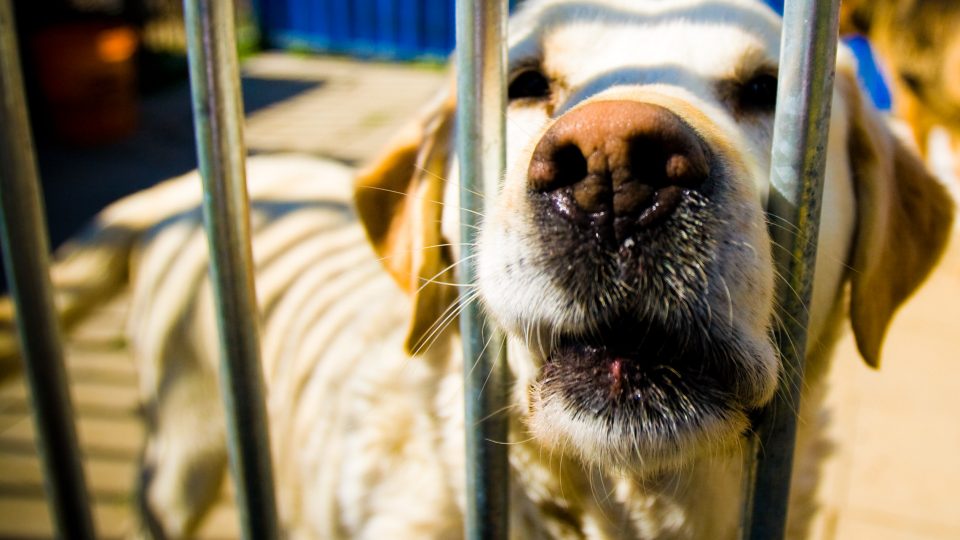 If you’re a fan of the show Orange is the New Black, you may remember a season one storyline in which inmate Big Boo received an adorable yellow lab puppy to train. Nicknamed Lil Boo, the puppy became cute and comic relief in a show that demonstrates some of the harsher realities of prison life.

While Lil Boo’s story arc had a Hollywood twist, her prison stay was based in reality. All across the country, partnerships between prison systems and dog training organizations are bringing prisoners and puppies together for skill-building and bonding to enrich lives.

Bringing service dogs and inmates together

Puppies Behind Bars is one of the oldest and most well-known programs of its kind, serving six Atlantic state prisons and garnering international media attention.

Founded in 1997, PBB was started as a program to train guide dogs for the disabled and blind. After 9/11, the program shifted its focus to raising service dogs for war veterans, and explosion detecting canines for law enforcement.

Puppies live with their incarcerated handlers for almost two years. They enter prison as rascally, 8-week-old puppies and leave as well-trained, reliable dogs. 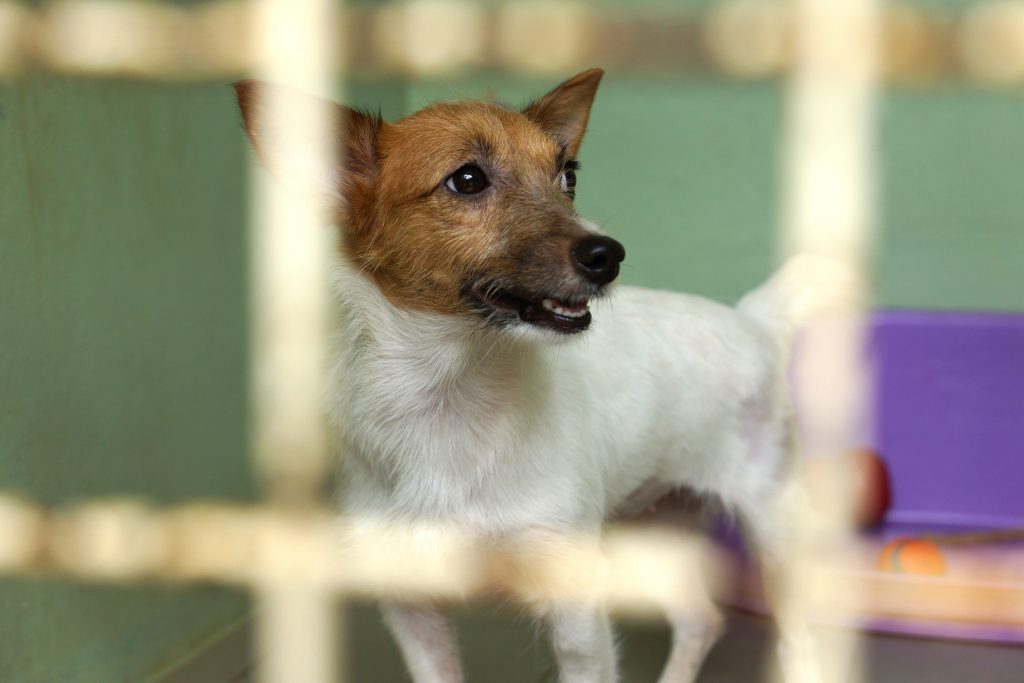 Not all prison dog programs are as time-intensive as PBB. In many states, dog organizations partner with prisons for shorter, more basic training residencies. At California’s oldest and most infamous prison, San Quentin State, the Marin Humane Society’s Pen Pals program matches rescue dogs in need of rehabilitation with low-security prisoners in need of work. These pairings typically last no more than six months, as the incarcerated men help their dogs gain confidence and basic obedience skills to make them happier and more adoptable.

In Missouri, a partnership between the Department of Corrections and C.H.A.M.P. Assistance Dogs, Inc. has separate rescue dog and service dog training programs, both of which give dogs immersive training as temporary “roommates” of women serving time.

Animal welfare on the cell block

It may initially seem worrisome, even dangerous, to throw an innocent dog into prison with convicted, sometimes violent criminals. But all prison dog training programs have screening and security measures in place to ensure the safety of participants, human and canine alike. 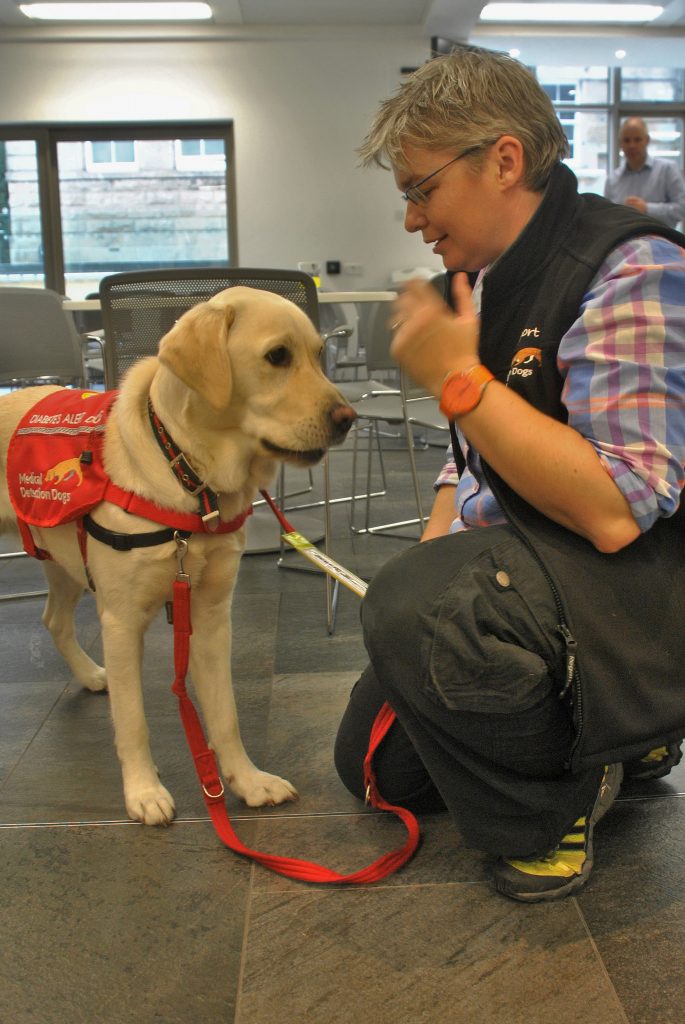 Inmates have to apply to join the programs, and must have good disciplinary records for their time in prison. Typically, anyone with a history of sexual violence or violence toward animals is not allowed to interact with the dogs.

Prison is a stressful environment for anyone, but for dogs being trained for service, it’s also a rich environment to work on their reliability and focus. In addition, prison dogs are typically granted one or two weekends of “furlough” each month, when they stay with a family or dog sitter in a nearby home.

These weekends serve as both a break from prison life and additional training, as the dogs are exposed to things they don’t encounter in prison like doorbells, elevators, and cars. As with any service dog training program, prison dogs are carefully monitored and assessed for health and temperament.

A dog is an inmate’s best friend

Service dogs and their eventual owners are not the only ones who benefit from prison dog programs. Prisoners gain a great deal from the experience of caring for, training, and eventually saying goodbye to a dog. As Puppies Behind Bars founder Gloria Gilbert Stoga notes, “While they’re incarcerated, [prisoners] can do something to contribute to society, and they can feel better about themselves.”

Training service dogs is a responsibility, but in many ways, it’s also a reward. Dogs relieve stress, provide companionship, and encourage positive emotions in men and women whose daily lives can be psychologically taxing and restrained.

Anyone who has taken a dog through a basic obedience course knows the benefits of training: it creates a strong bond between human and dog, and a strong skill-set to make our lives together more harmonious. For prisoners, dog training also grants them marketable job skills to use when they’re released, preparing them for careers as dog trainers, groomers, and veterinary assistants. 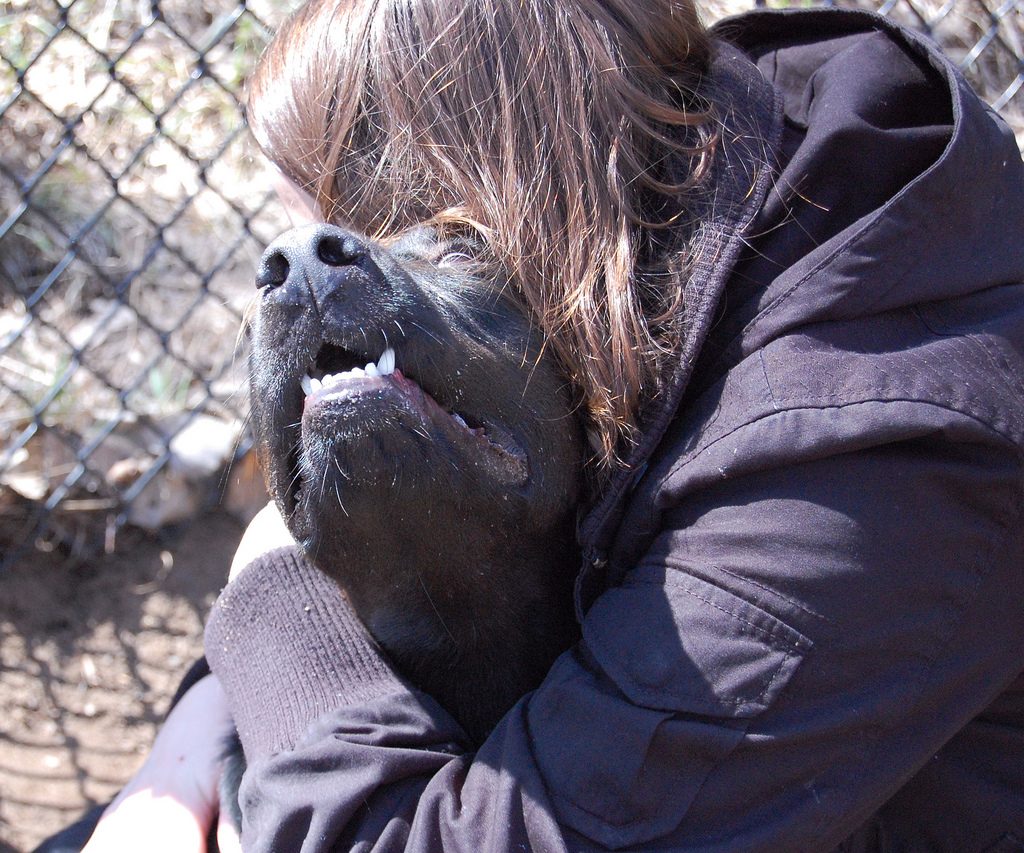 One prisoner, speaking to Time magazine about his experience raising a service dog, says: “I’ve learned that I’m not as impatient as I thought I was. I’ve gained an option to take this skill, further my education and pursue what has given me a sense of purpose.” These life lessons are invaluable to inmates who will one day re-enter society.

Of course, some inmates will spend the rest of their lives behind bars, and dogs offer an essential outlet for energy and emotions that build up over time. In an interview with the Huffington Post, an inmate named DeAngelo says, “The dogs have taught me how to be patient and how to continue to love no matter what’s going on around you and to you, just continue to learn how to love.”

In an environment where emotional vulnerability is often seen as weakness, dogs give people the chance to experience and express love in a safe and productive way.

When dogs go to prison, everybody wins

We all know how important canine companions are to our health, happiness, and wellbeing. Dogs in prison are no different, and by serving both people and animals, these prison dog programs make it possible for both to live more full, meaningful lives.

As Pen Pals founder Larry Carson says in an interview with SFGate.com, “We have this preconceived notion about inmates, but most of them aren’t different from people you meet on the streets. […] It’s our job, through programs like this, to make them the best people possible. Animal shelters and prisons are both in the rehabilitation business: We put out good canine citizens and hopefully they put out good human ones.”