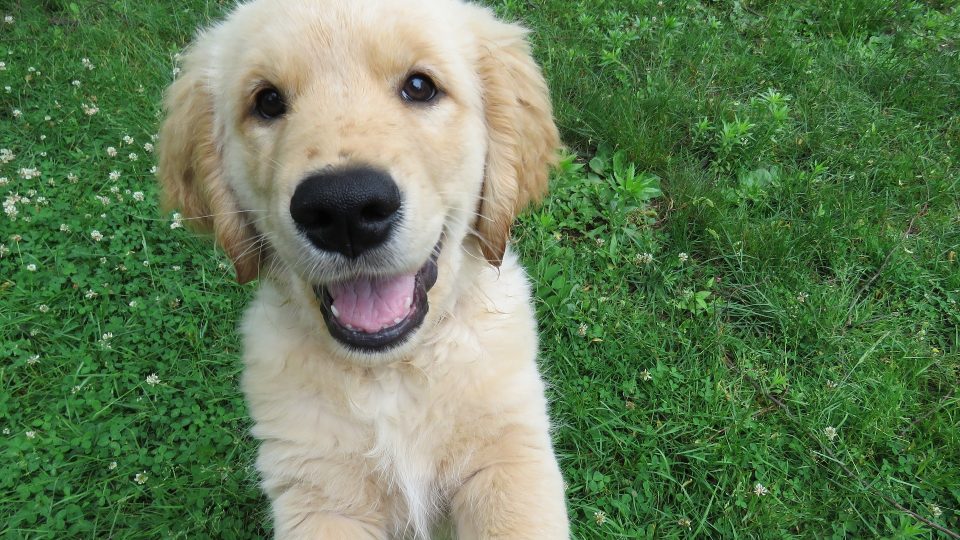 Apple pie, football, and golden retrievers? This golden dog is a popular addition to many American households. In fact, golden retrievers rank number 3 in the American Kennel Club’s popularity rankings. Not surprisingly, golden retriever puppies are often seen on many calendars, greeting cards, and posters as the ultimate symbol of canine cuteness.

As much as they are celebrated in the US, golden retrievers weren’t discovered there. In the mid-1800s, they were bred and raised by gamekeepers at an estate owned by Lord Tweedmouth (what a name!) in Scotland. It’s said that he crossed his “yellow retriever” Tweed Water Spaniel (now extinct), an Irish setter, and a bloodhound. This new golden retriever was trained to hunt in the great outdoors. 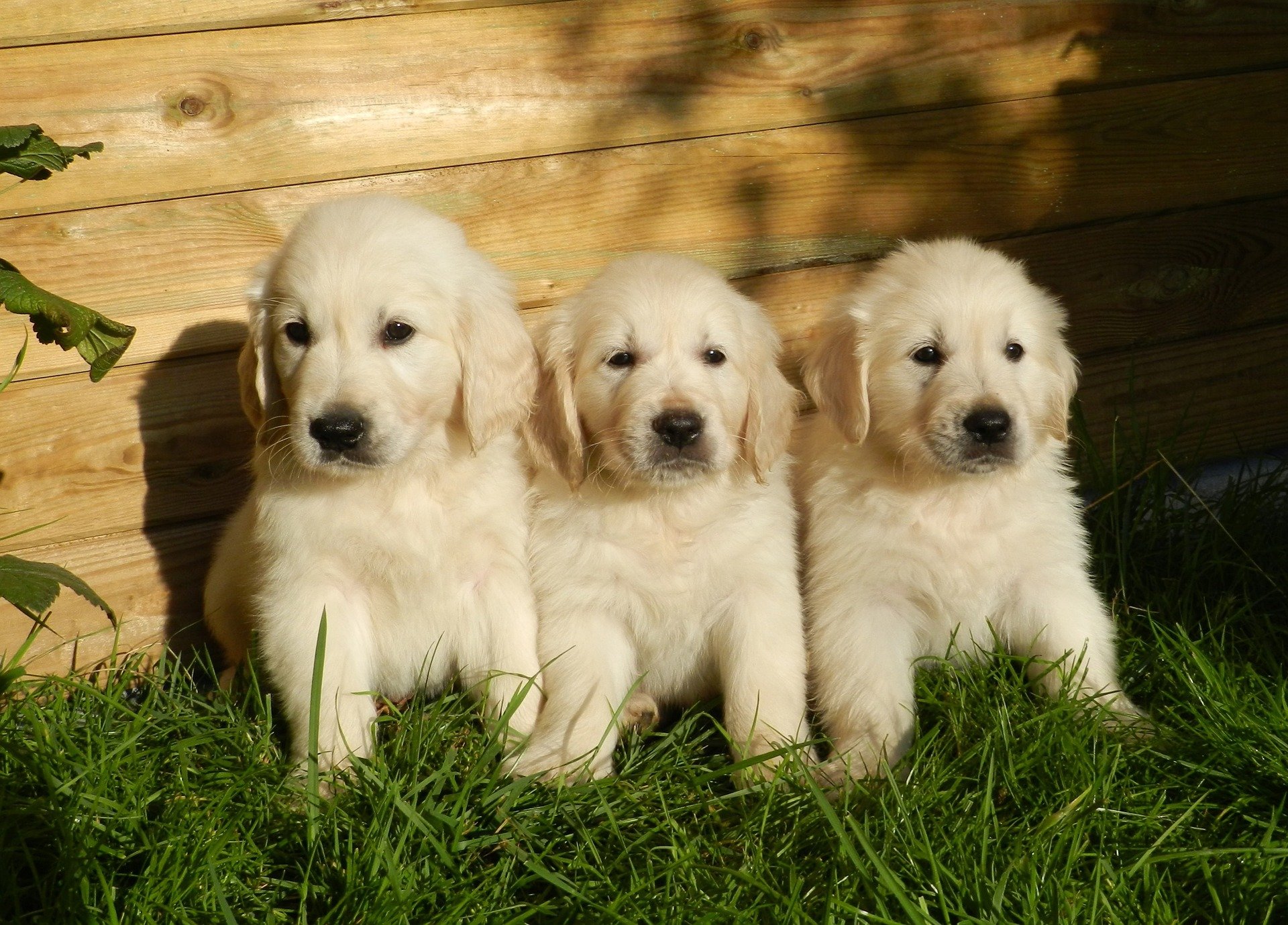 Also known as “America’s Sweetheart,” golden retrievers are playful, loyal, and carry their puppy-like personality well into adulthood. Golden retriever puppies may be friendly, but they do need plenty of socialization and training to help prepare them for a well-mannered adulthood—when they’re much bigger, but still want to sit on your lap.

Who is the best human for a golden retriever?

Golden retrievers are a tried and true family dog. They love swimming (even with their humans!), running, and playing in a big backyard. They’re highly social, so a large and active family household works well for them. They also need plenty of affection and snuggles. Due to their hunting heritage, they love to play fetch! Looking to please you, they’re relatively easy to train.

They’re great with children and seniors alike. Golden retrievers do best with plenty of companionship, and so despite their activity level, often do very well with retirees who can devote plenty of time to them.

Getting a golden retriever puppy

Choosing to adopt or go through a breeder for your new golden retriever puppy is a personal choice that requires research. Thankfully, there are many resources out there to help you find a rescue or breeder that offers healthy, ethically-sourced golden retriever puppies.

Knowing what you’re in for when you get a golden retriever puppy is an important step in being a responsible pet owner. Whether you find a responsible breeder or are planning on adopting, it’s up to you to be prepared for an energetic and friendly addition to your household.

According to the AKC, most breed rescues report that a majority of their rescue dogs come from individual owner surrender, with the most common reasons being a change in lifestyle or the breed not being a good fit. This means that there may be many dogs and puppies out there that are looking for a new forever home.

The main difference between a breeder and a rescue is that a rescue may not always have young puppies to choose from. The benefit, however, is that most are mandated to only adopt out dogs that have been microchipped and spayed/neutered. This means you may end up with a dog that’s already been housebroken, and doesn’t need these common medical procedures. You may also find a golden retriever mix that has all the traits you want from the breed, but with a little extra thrown in.

The first step is to do your research. Sadly, there are many puppy mills posing as reputable breeders along with plenty of online scams. Be aware, and reach out to different online forums for conversations about getting your future furry family member.

Be sure to ask questions, make arrangements to meet the parent dogs or mother, and follow your gut. If something seems wrong at a breeder you visit, or the golden retriever puppy seems too good to be true, there’s likely something sketchy going on. The AKC also offers resources for finding a breeder, with fairly strict guidelines on who they let participate.

After you find the right golden retriever puppy, it’s time to prepare your home! Here are a few resources to get you started: