A French bulldog’s large bat-like ears are always on alert. Between a high level of awareness and selective use of barking, Frenchies make surprisingly excellent watchdogs. They’re small, sturdy and relatively low-maintenance dogs that make adorable companions for a wide variety of people. As puppies, they have a bright, playful nature that compliments the charm.

In the mid-1800s in England, it was the toy-size bulldogs that would lead to the creation of the French bulldog we know today. Toy bulldogs were popular amongst England’s lace-makers at the time, and when that industry eventually migrated to France, they brought their dogs with them.

In France, the toy bulldogs mixed with other breeds such as pugs and terriers, leading to the distinctive bat-eared breed. While their popularity quickly spread, it was slow to catch on in England, where many refused to call them by their new name, “Boule-Dogue Francais.” Due to the national rivalry between England and France, England felt outraged at the naming of the dog, as the original bulldog was considered a national symbol of England!

Frenchies became very popular dogs in Paris, where they were an integral part of the fashionable “cafe society” throughout the early-to-mid 20th century. French bulldogs were featured in paintings by celebrated French artists, such as Henri de Toulouse-Lautrec and Edgar Degas. With brains and beauty, French bulldogs have become a popular breed with dog owners around the world. 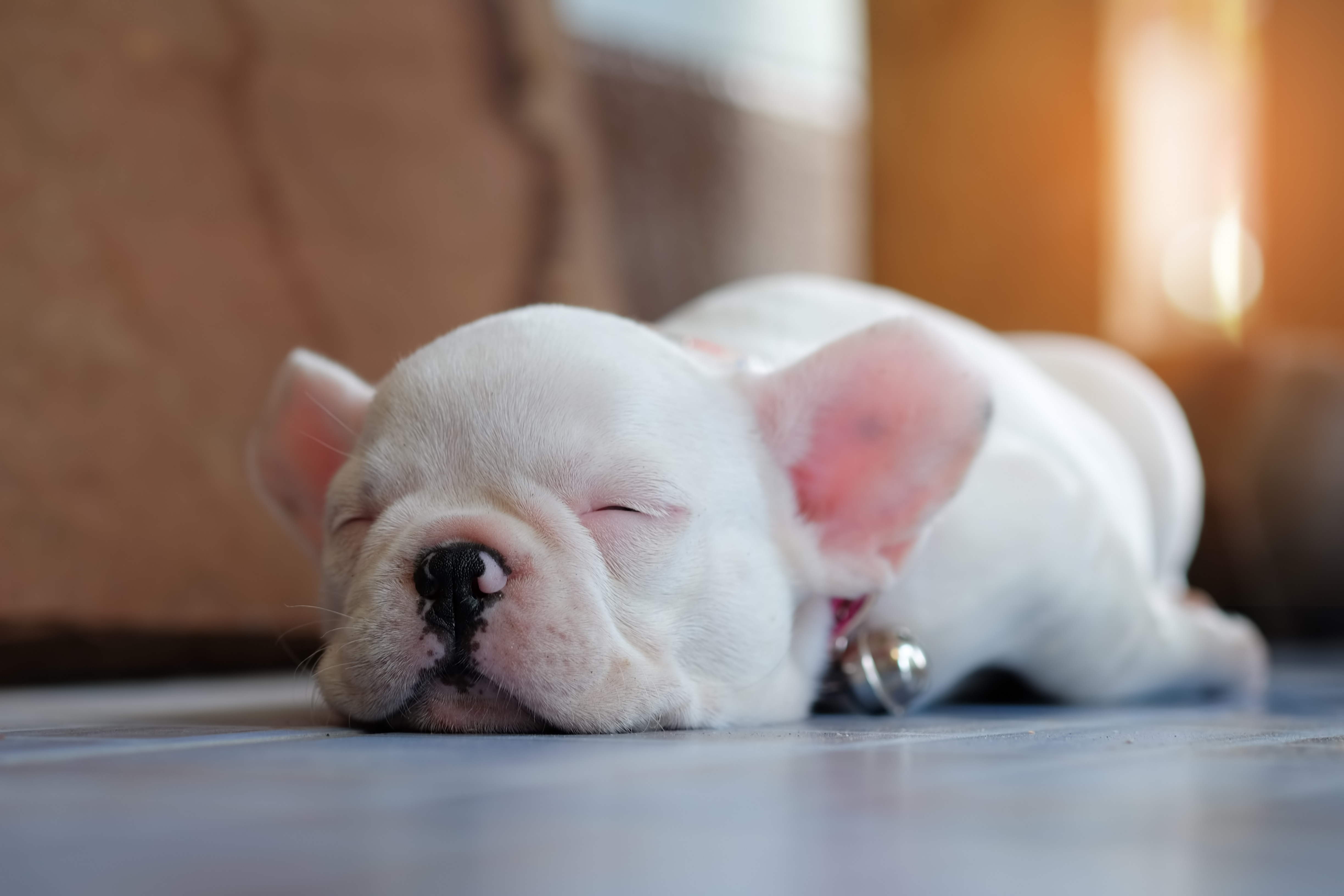 Without a doubt, your French bulldog puppy will grow into an affectionate and well-behaved adult. Here are some facts to consider when adopting your young Frenchie: 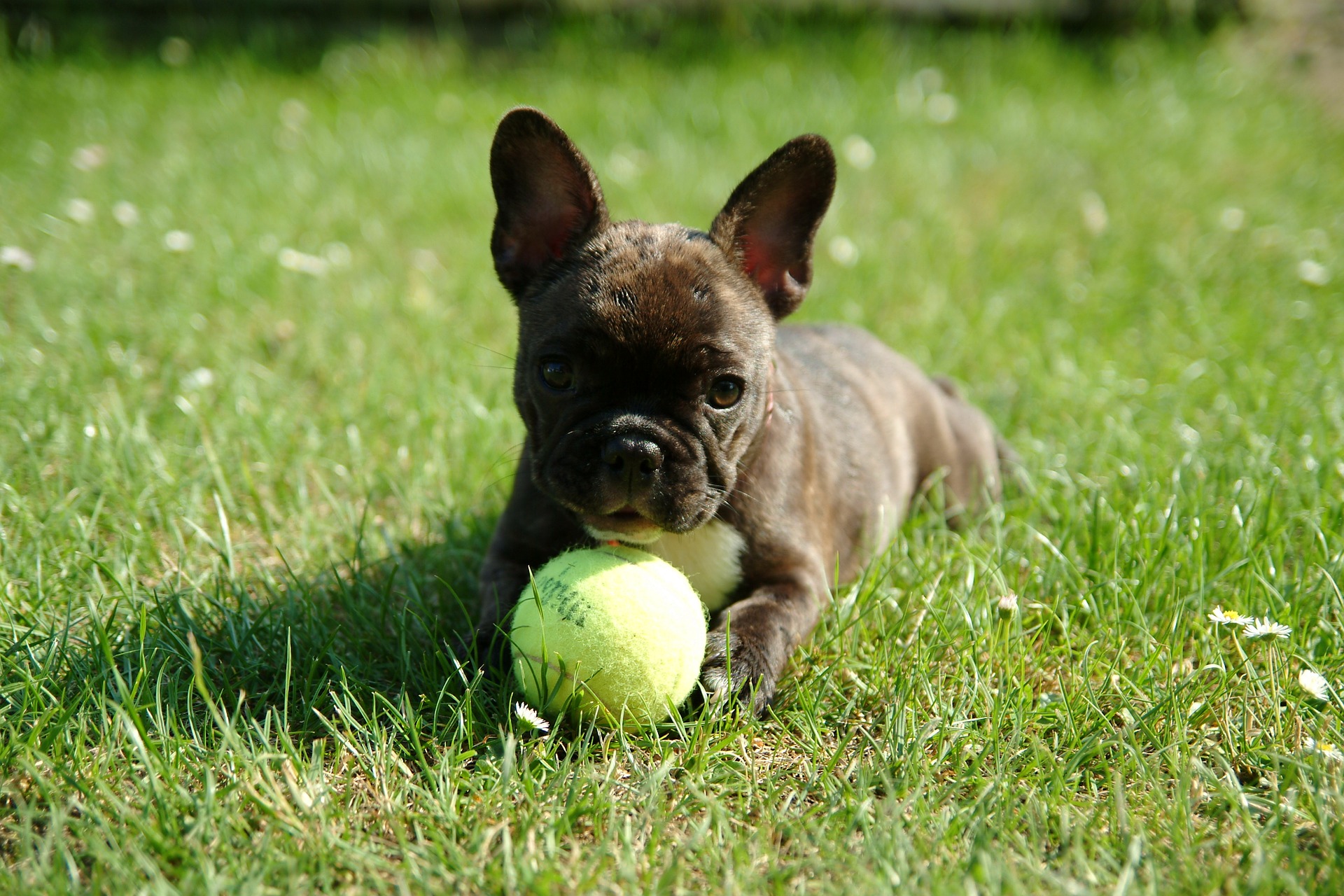 Who is the best human for a French bulldog?

They also adapt well to different home environments and make great companions for singles as well as families of all sizes.

Getting a French bulldog puppy

Choosing to adopt or go through a breeder for your new French bulldog is a personal choice that requires research. Thankfully, there are many resources out there to help you find a rescue or breeder that offers healthy, ethically sourced French bulldog puppies.

Knowing what you’re in for when you get a French bulldog puppy is an important step in being a responsible pet owner. Whether you find a responsible breeder or are planning on adopting, it’s up to you to be prepared for an energetic and friendly addition to your household.

It may be surprising to know, but adopting a French bulldog puppy is possible. According to the AKC, most breed rescues report that a majority of their rescue dogs come from individual owner surrender, with the most common reasons being a change in lifestyle or the breed not being right for them. This means that there may be many dogs and puppies out that that are looking for a new forever home.

The main difference between a breeder and a rescue is that a rescue may not always have young puppies to choose from. The benefit, however, is that most are mandated to only adopt out dogs that have been microchipped and spayed/neutered. This means you may end up with a dog that’s already been housebroken, and doesn’t need these common medical procedures. You may also find a French bulldog mix that has all the traits you want from the breed, but with a little extra thrown in.

Be sure to ask questions, make arrangements to meet the parent dogs or mother, and follow your gut. If something seems wrong at a breeder you visit, or the French bulldog puppy seems to good to be true, there’s likely something going on. The AKC also offers resources for finding a breeder, with fairly strict guidelines on who they let participate.

After you find the right French bulldog puppy, it’s time to prepare your home! Here are a few resources to get you started: