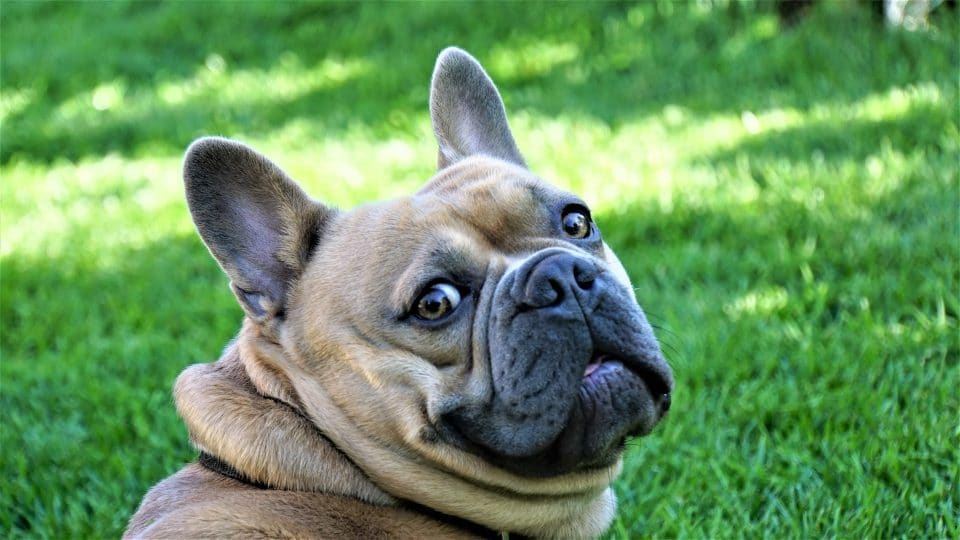 I once knew a French bulldog who, upon seeing me, became so excited, he became a hurtling 30-pound ball of joy. Like a doggy bowling ball, he dragged his poor owner over and jumped and hopped and snorted and climbed all over me. The French bulldog personality, I concluded, after knowing this excitable chap named Barty, is not as chill as their counterparts in flat faces and broad shoulders, the English bulldog.

Frenchies might, in fact, be the very opposite of chill.

And I’m not wrong, apparently. The American Kennel Club describes the French Bulldog temperament as “adaptable, playful, smart.” That’s kind of underselling it.

My friend Jason has a Frenchie named Sumo. “Sumo is more than we bargained for,” he writes.

“We were told they were chill dogs. Now, Sumo may like to chill but he is not chill in his core. He’s a maniac. Stubborn. Does whatever wants. Would run out the door and never come back given the chance. When he was young, he had the energy of a Shepherd. Farts, yes. Snores, yes.”

Before that gets you worried that Frenchies are too extra, says Jason: “He’s the most expressive dog with the biggest personality and bark we’ve ever met.”

One trait the French bulldog owners all seem to see in their dogs: stubbornness. Glen’s Frenchie, Stewy, “is charming, personable, loyal, attentive. Yet a little stubborn too.”

Denise, a dog trainer posted a meme of Frenchies with many different ways to say no. 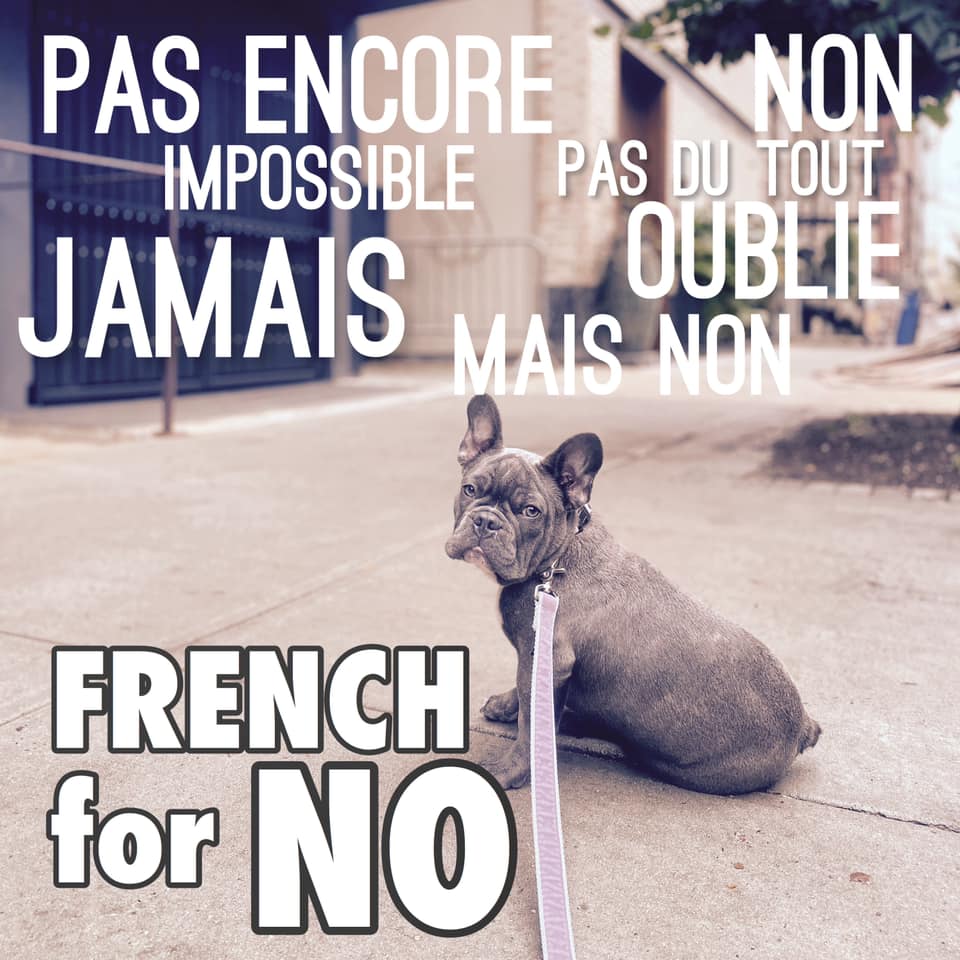 That little guy I used to know? He was a bundle of energy. All the time. I never saw him at ease. He wanted to play, be pet, and he wanted attention. Which brings me to the question: “Are French Bulldogs friendly?” A resounding yes!

After knowing Barty, I used to tell my friends, “I wish people were this excited to see me.”

I was Barty’s best friend, even if I only saw him once in a while. But he was always, always, always happy to see me. He was a little crazy for me, in fact.

Before Barty, I was a big fan of the English bulldog. I loved their big lumbering bodies, and their big, smooshed-in faces. They seemed pretty relaxed. I thought Frenchies would be the same. I was wrong.

The Frenchies I’ve known and loved seemed even more excitable than pugs, which they share more than a few bodily characteristics (short snout, stocky, low body).

French bulldogs are the opposite of cats. As in, if cats do as little as possible to let you know they like you and want attention, are aloof and extremely able to do everything without you except for the food part, French bulldogs are the opposite. They will let you know how much you mean to them all the time. They are not barky, but they are attentive. 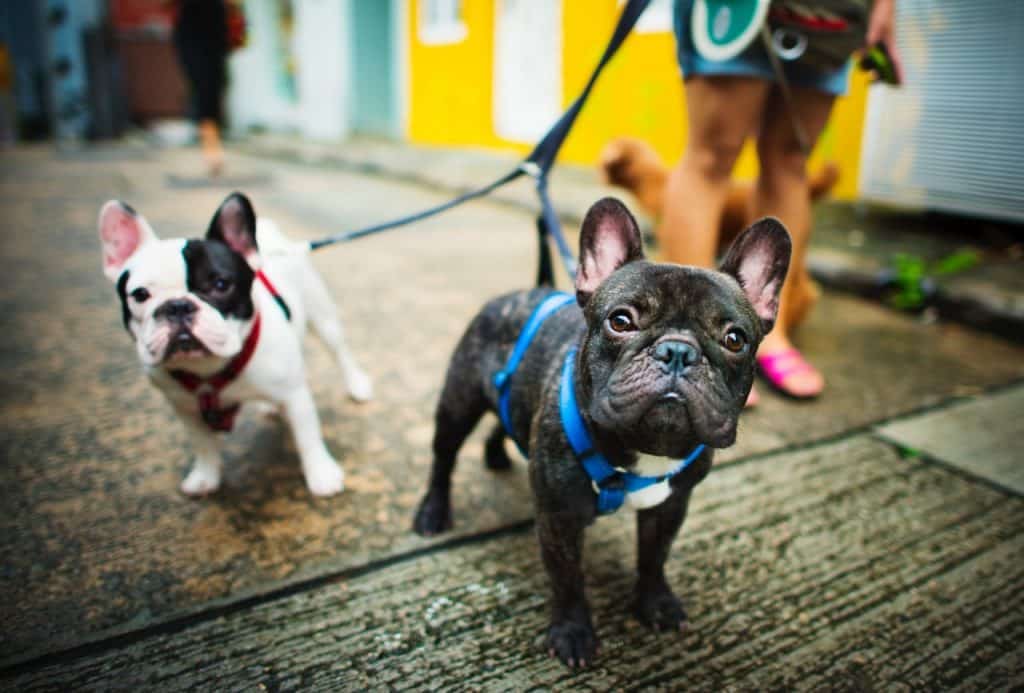 But #notallFrenchies are hyperactive. The French bulldog personality can be quite mellow.

“Now that I’ve had Sumo for a while and talked other owners I’m convinced that 99 percent of Frenchies are totally chill, mellow dogs. And we just happened to get that one percent,” says Jason.

My friend Brad, concurs. Brad says his buddy Frank, a black Frenchie is a professional relaxer. “He is very loving, but also very lazy,” he writes. He sent me a photo of him passed out on the couch as proof. 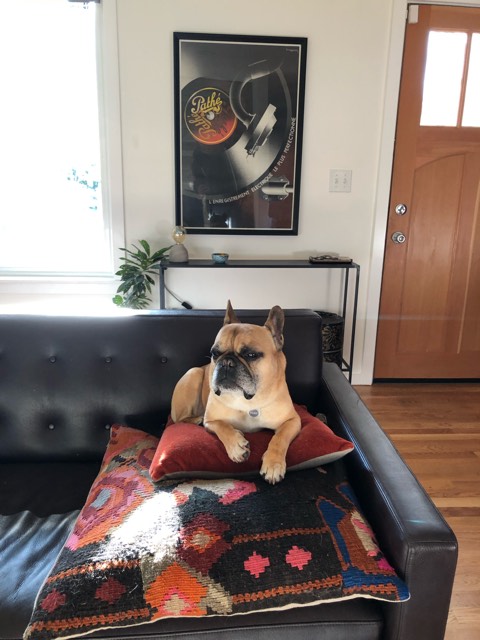 “I’m mostly very lazy. I like to sleep in a sunbeam and on the couch, but when I’m lonely or I’m hungry, or I feel like people aren’t paying enough attention to me, I like to make my needs known,” she says. “My family calls it goating. I just call it being assertive.”

For humans considering getting their own Frenchie, she adds: “I’m amazing. I’m the best friend you’ll ever have. I love, love, love, more than any other breeds, snuggling, very snuggly, but I am a lot of work because I have a lot of medical problems but I’m very sweet. And also I never bark. I’m very easily trained because I’m very food motivated and approval motivated.”

For the full interview, watch below.