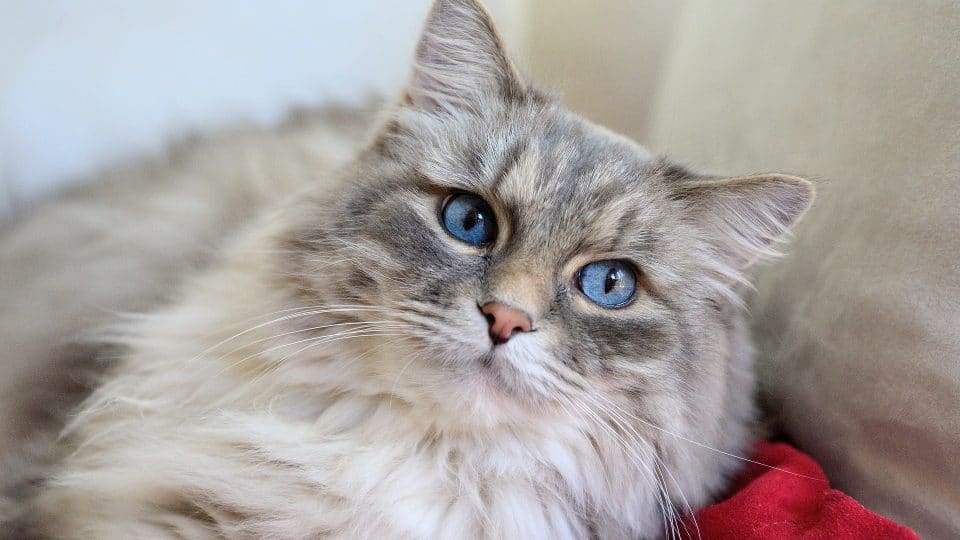 Though some consider excessive shedding their most annoying foe when it comes to feline friends, others say—the fluffier the better!

If you’re one of the latter folks, then you’re bound to appreciate this list we’ve generated of fabulous, fluffy cat breeds. All special in their own ways, these kitties use their fancy coifs to capture your hearts. 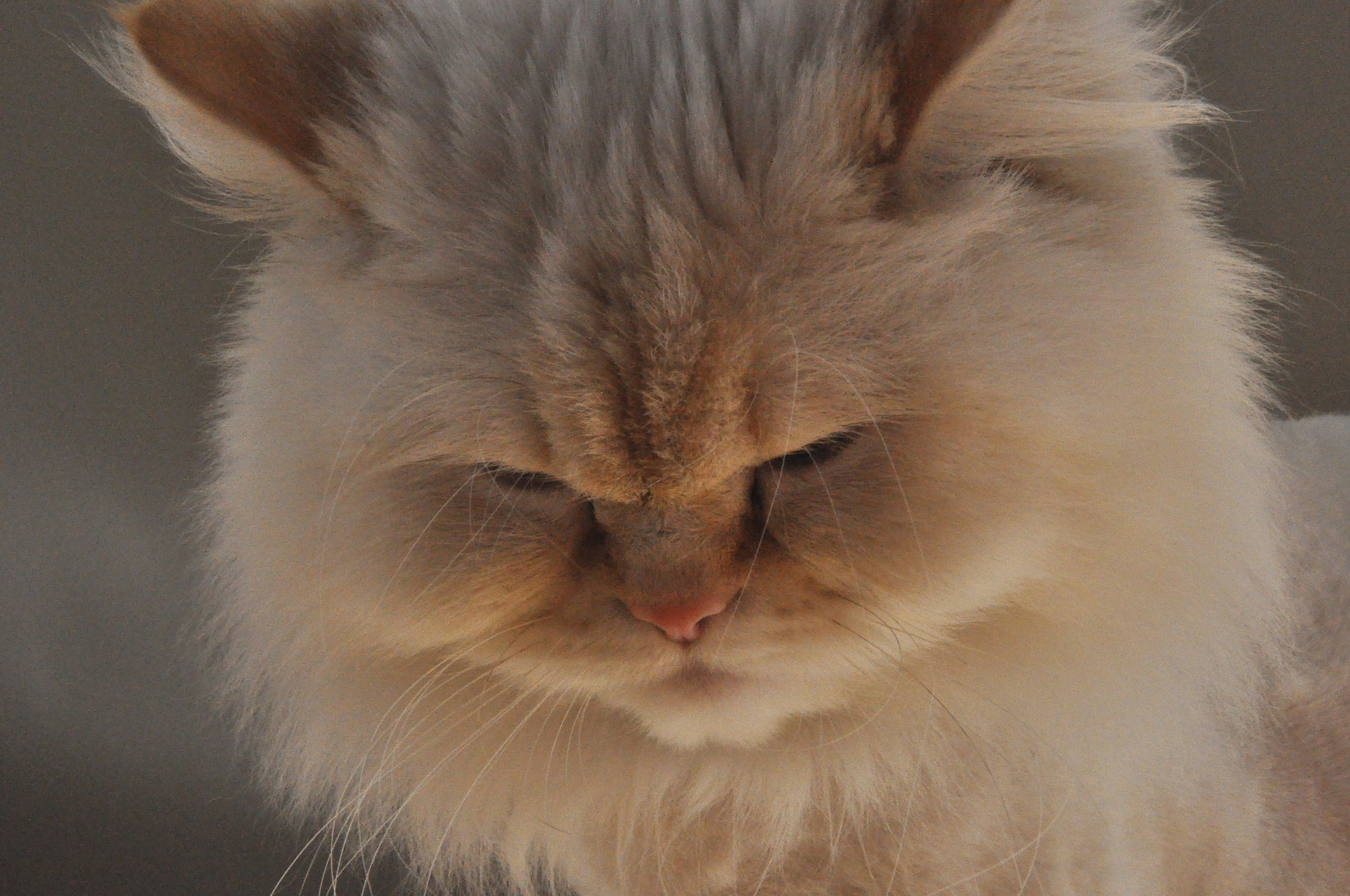 Nicknamed “Himmy,” this breed is a carefully thought-out cross between a Persian and Siamese cat—resulting in a very beautiful (and fluffy) feline. Rockin’ small ears, large eyes, and an endearing expression, this kitty comes with a luxurious coat that comes in shades of blue, chocolate, lilac, flame, tortoiseshell, blue-cream, cream, and a variety of patterns.

These cats are sweet and affectionate and love to cuddle up on laps, which means you’ll have plenty of time to stroke their silky, soft manes. 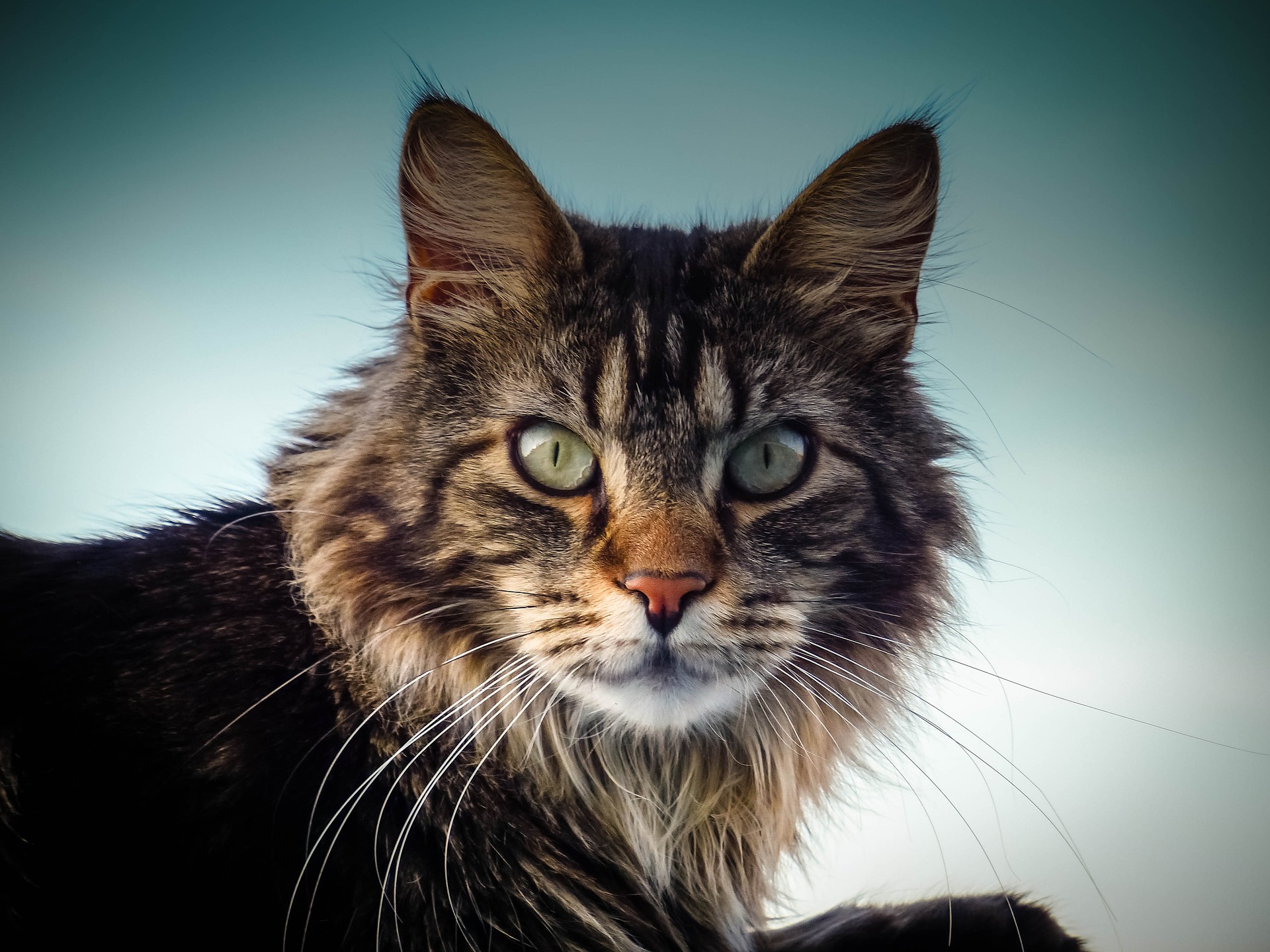 Known for being the official cat of the state of Maine, these kitties are not only big in stature, but they’re big in heart as well.

They love being with their people and are known for their affectionate personalities and playfulness.

They’re also known for their impressive coats that can range in length—but which all tend to be silky with big, bushy tails. You will have to dedicate some time to grooming this luxurious coat though, as they tend to get oily. And as long as you introduce them to the brush early on, that shouldn’t be much of a problem since these felines tend to be agreeable. 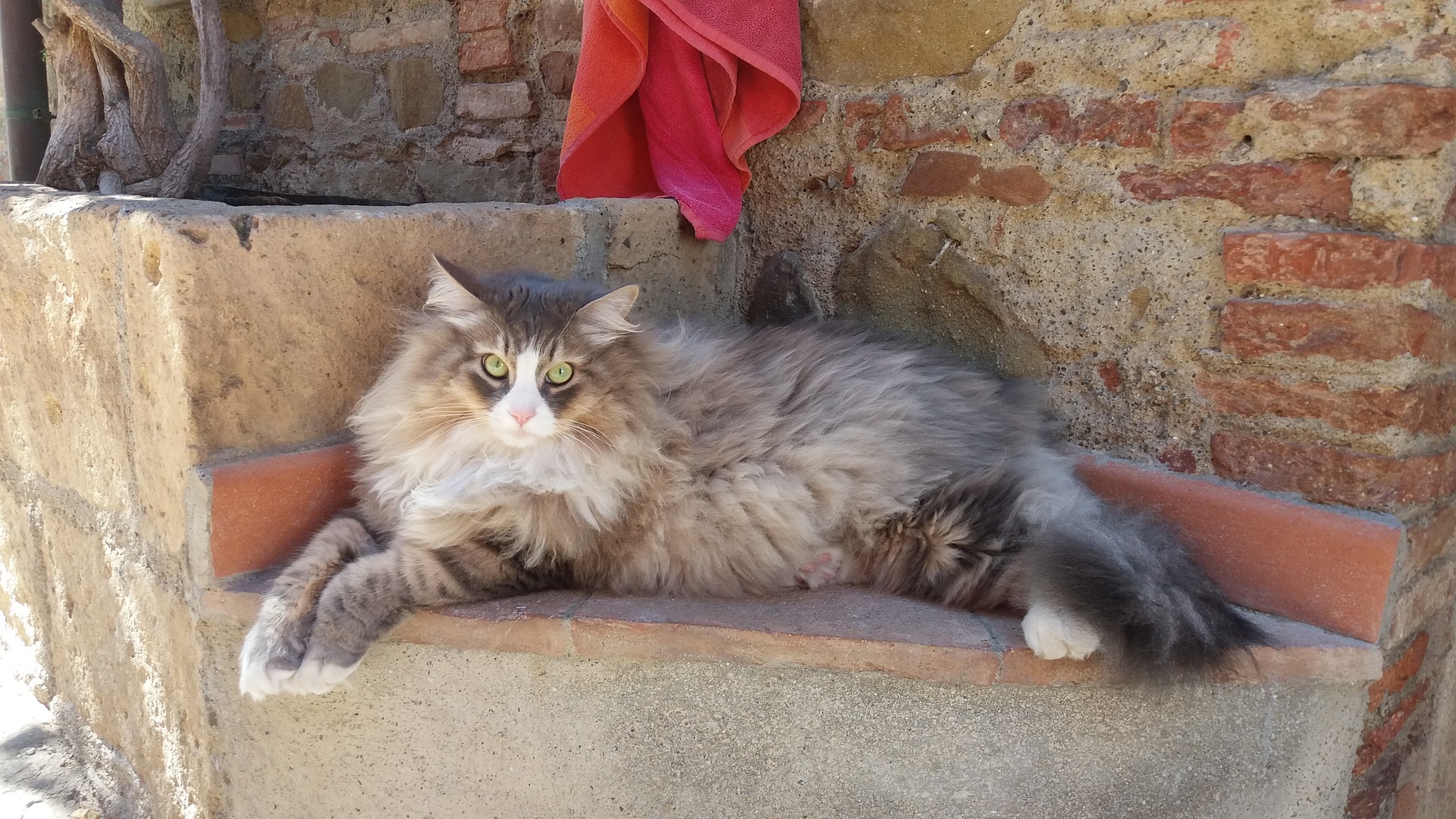 The Siberian is a fascinating and friendly kitty that is considered the official cat of Russia, though they’ve gained plenty of popularity in other areas of the world—including the United States.

Thanks to the extremely harsh winters of their homeland, they actually have a dense, water repellent triple coat to protect them. They also have fluff around their necks, on their britches, and on their tail—even their ears have little tufts of hair at the very tops. You can expect to see lots of color combinations in this breed, sometimes with markings, and sometimes without.

Their fur doesn’t actually require a great deal of maintenance, aside from the occasional brushing to deal with tangles—plus a bath every now and then. Their beautiful coat combined with that personable and sweet attitude makes them ideal for families with kids, and even other pets. 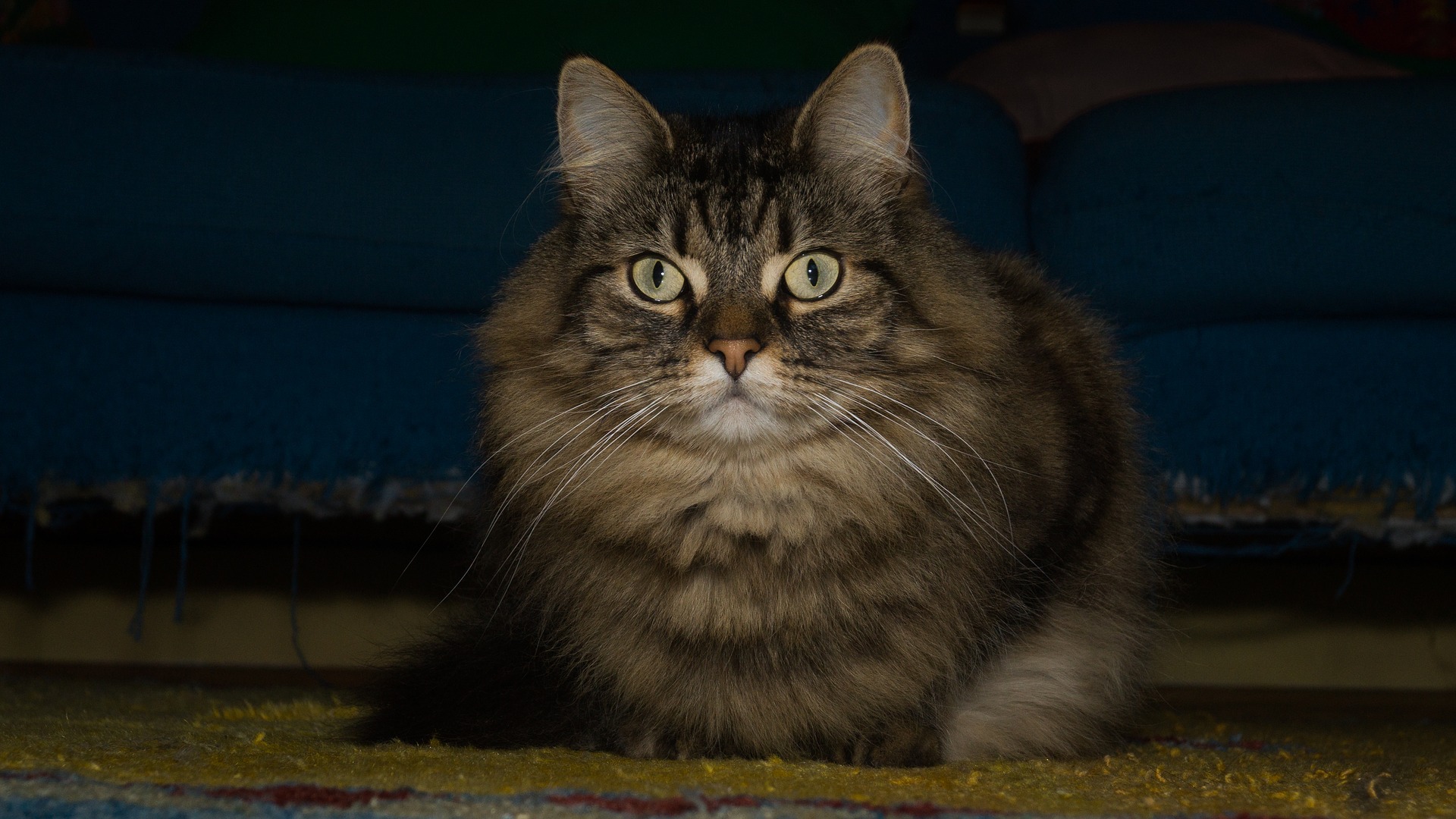 The Norwegian Forest Cat is super-fluffy because of their insulated, waterproof double coat—which came in handy during those chilly Scandinavian winters. According to the Cat Fanciers’ Association, these coats are made up of long, coarse guard hairs over a dense undercoat. A bushy tail and tufted paws add to the look, and will only make you want to pet this kitty even more.

The good news? Although they have a lot of hair, it actually doesn’t require an intense amount of maintenance. Experts say that you only need to comb them around once a week (except when they’re really shedding, when you’ll need to step it up).

Their coat comes in a variety of colors and patterns, with white and black combinations being the most common. Plus, they’re smart, sweet and very affectionate with the humans that are lucky enough to be part of their family. 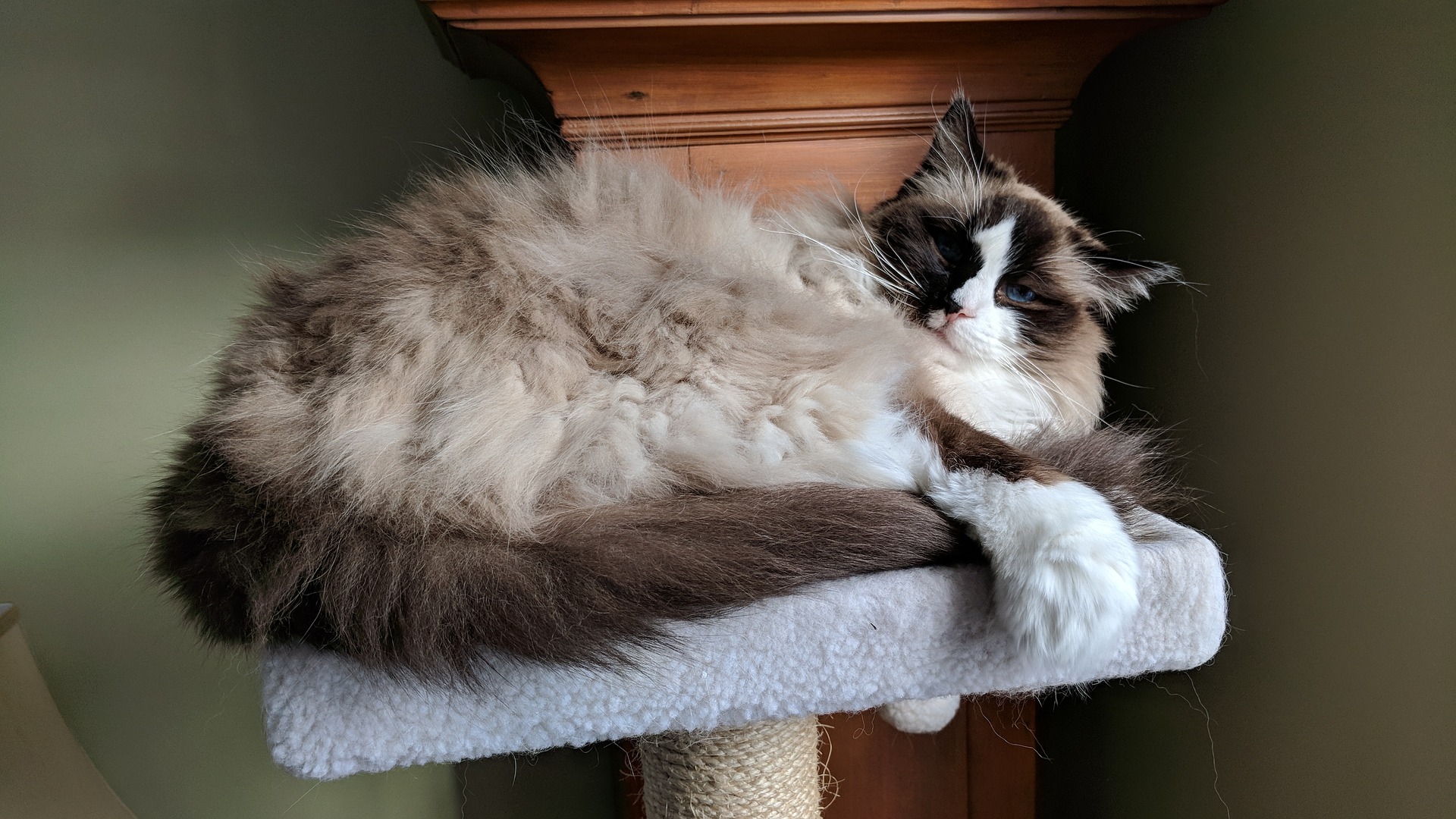 Looking for a cat with an even softer coat? The ragdoll has long, silky fur that comes in a plethora of shades and patterns. They don’t have much of an undercoat, so don’t get as matted as some other breeds, but you still will need to comb out their dead hair a couple of times a week to keep them looking their best (and fluffiest).

Not only does this breed have gorgeous hair, but they’re also popular for their winning personalities and sweet nature. In fact, some people say that because of their intelligence, ragdolls are even able to learn tricks fairly easily! 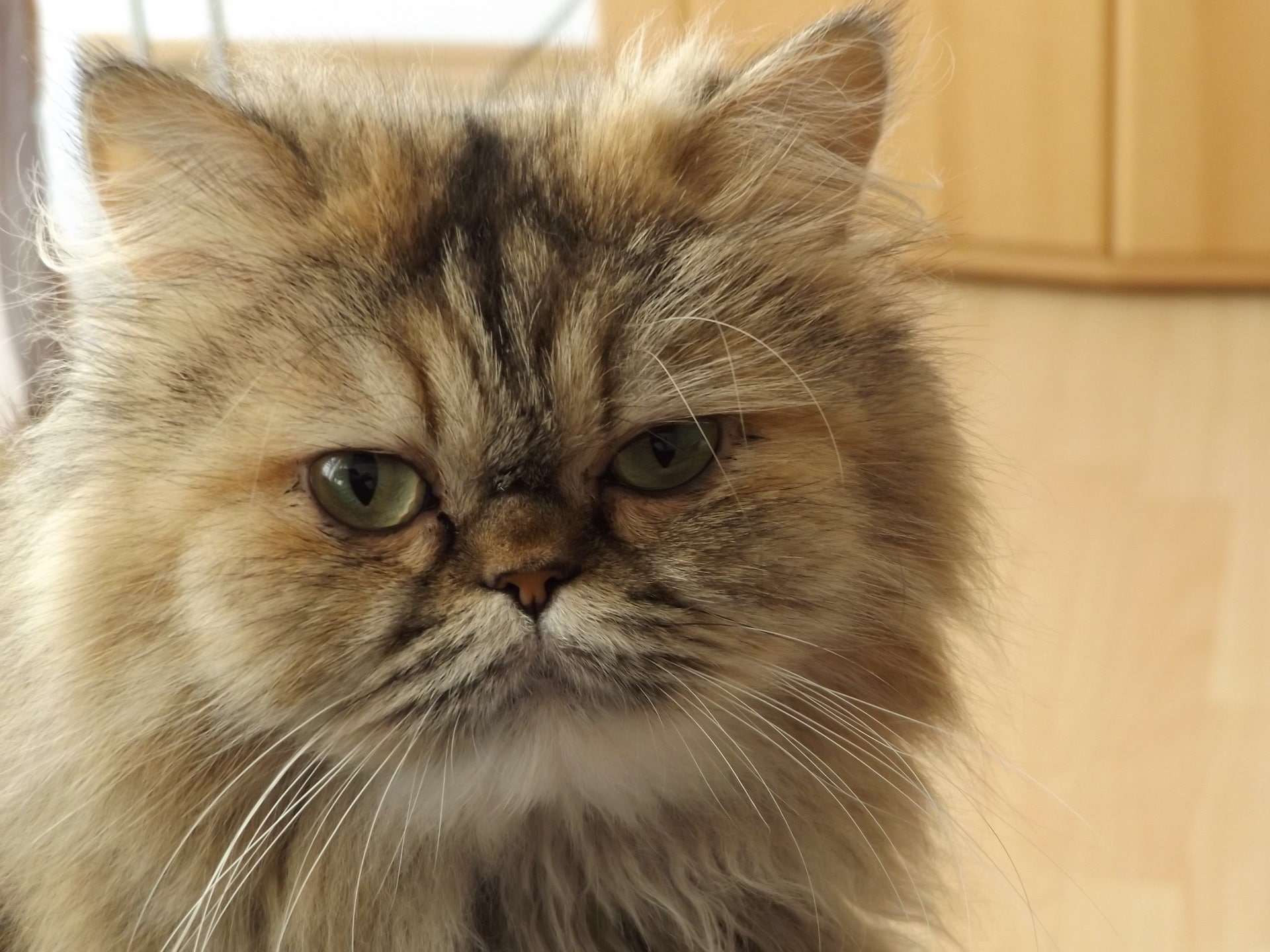 Always a popular breed, Persians are celebrated for their kind and loving personalities and admired for their beautiful coats.

But prepare yourself—this kitty’s coif is going to need some serious attention, so you better be prepared when you welcome one into your circle. Their long coat generally requires a daily run-through with a metal comb to help with tangles. They’ll also need an occasional bath after they’re thoroughly brushed out.

Love a fluffy cat? A few tips that’ll make grooming a lot easier on you:

Start these grooming sessions while they’re young, and they should be completely fine with them throughout their lives.