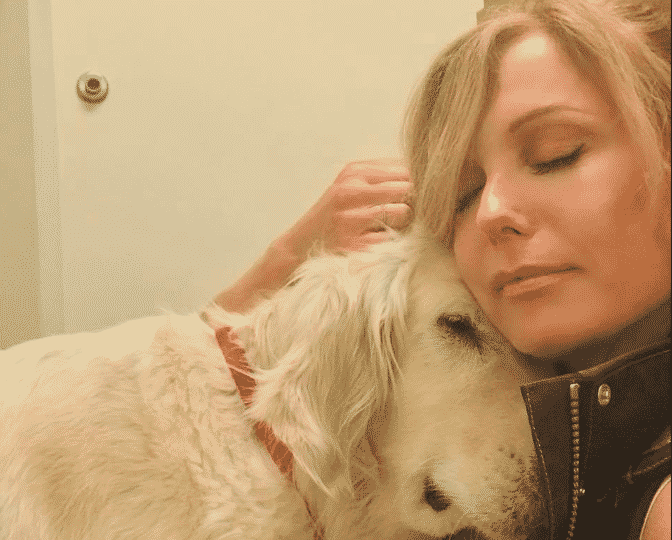 From a young age, Emmy Award-winning actress Tracey Bregman of The Young and the Restless was a true animal lover. She began riding horses at age 7 and always stopped to help any animal—from birds to cats—along the way if they needed rescuing.

Growing up in London also meant going on weekend adventures with her father. Every weekend brought a new experience, and that usually meant finding a four-legged creature needing Bregman’s attention.

So, when Bregman called her mother during those weekend jaunts with her father, her mother always answered the phone with her usual and stern, “No!”

“When I called, she knew it was something having to do with another one of the animals I found that I wanted to bring home,” Bregman laughed as she recalled those phone calls.

A Life with Animals 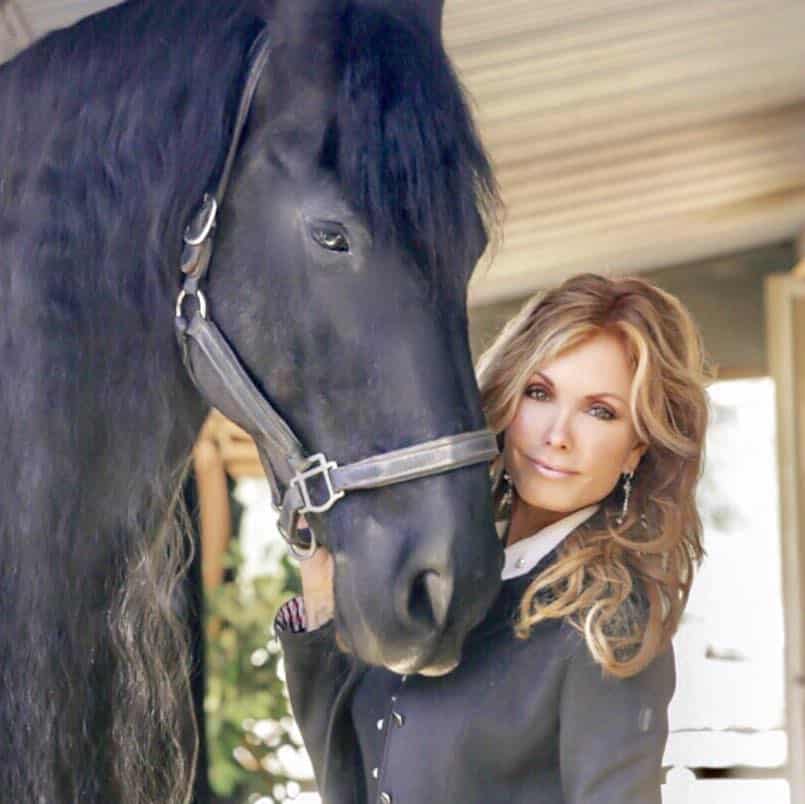 While growing up, Bregman wanted to be a veterinary surgeon, which complemented her drive to help animals in need. She grew up with many of her own animals and continued to rescue at-risk animals throughout her childhood.

“My first cat that I remember adopting was a Bengal named Samantha. That was her name until she decided my father’s boot was a better litter box,” Bregman said. “Then we named her The Dickens. From hamsters and birds and cats, I rescued all of them. And I have an incredible knack for choosing pregnant hamsters every single time. I’m just a softie at heart.”

Inspired by Her Dog Every Day

Bregman has had many dogs throughout her life. One of her current dogs Buddha, a 7-year-old English Cream Golden Retriever, has had some very serious life-threatening medical issues.

Three years ago, Bregman discovered that Buddha’s liver was failing. She isn’t sure if he was born with a small liver or if he has a degenerative liver disorder.

“In the past three years, not only have we been through the end of his life many times, but Buddha also went blind for 24 hours on two occasions,” she said.  Most of his medical issues stem from the liver problems while the blindness was from a brain infection. 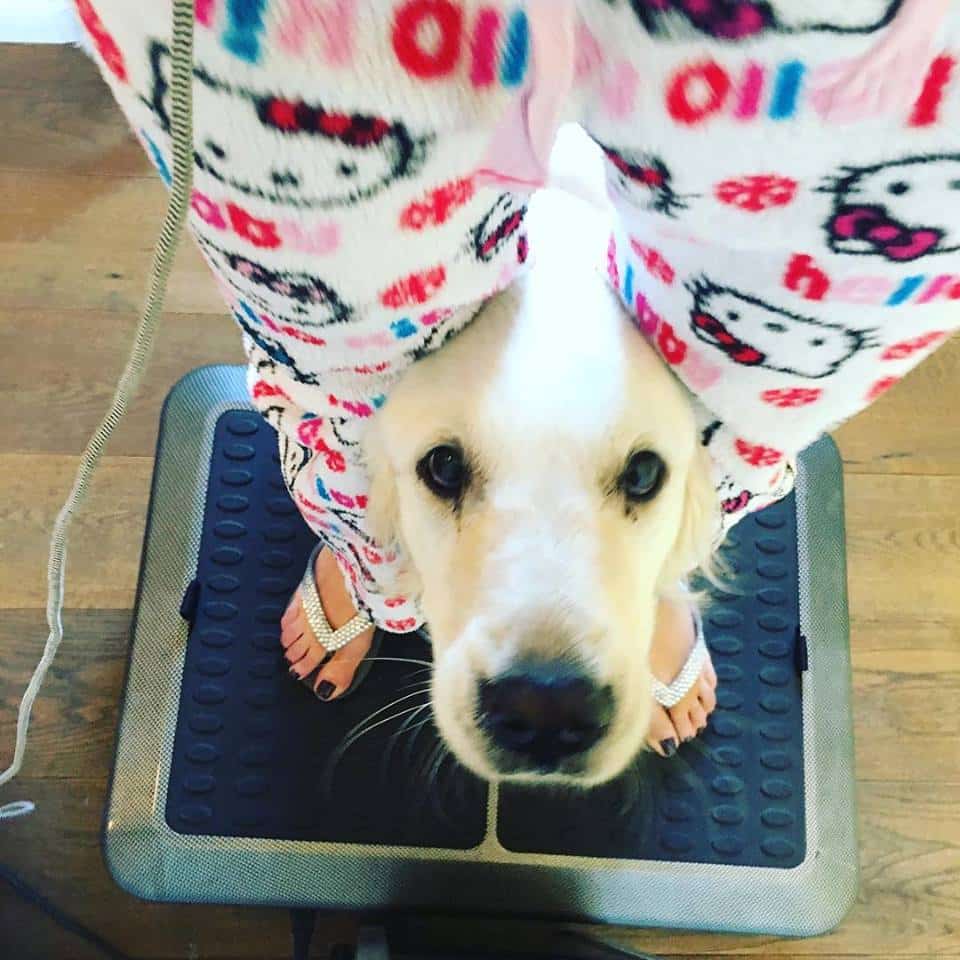 Buddha passed many kidney stones as well. He was on homeopathic and regular treatment modalities to get him through. Bregman sat with Buddha for weeks while he endured some of the most painful moments of his life.

He’s now under the care of a homeopath as well as a veterinarian and is on plant-based embryonic blood therapy. Bregman credits her homeopath and her vet with bringing Buddha to the place he is now. “I don’t know what I’d do without them both,” she said. “They are extraordinary in their fields and go above and beyond for Buddha.” 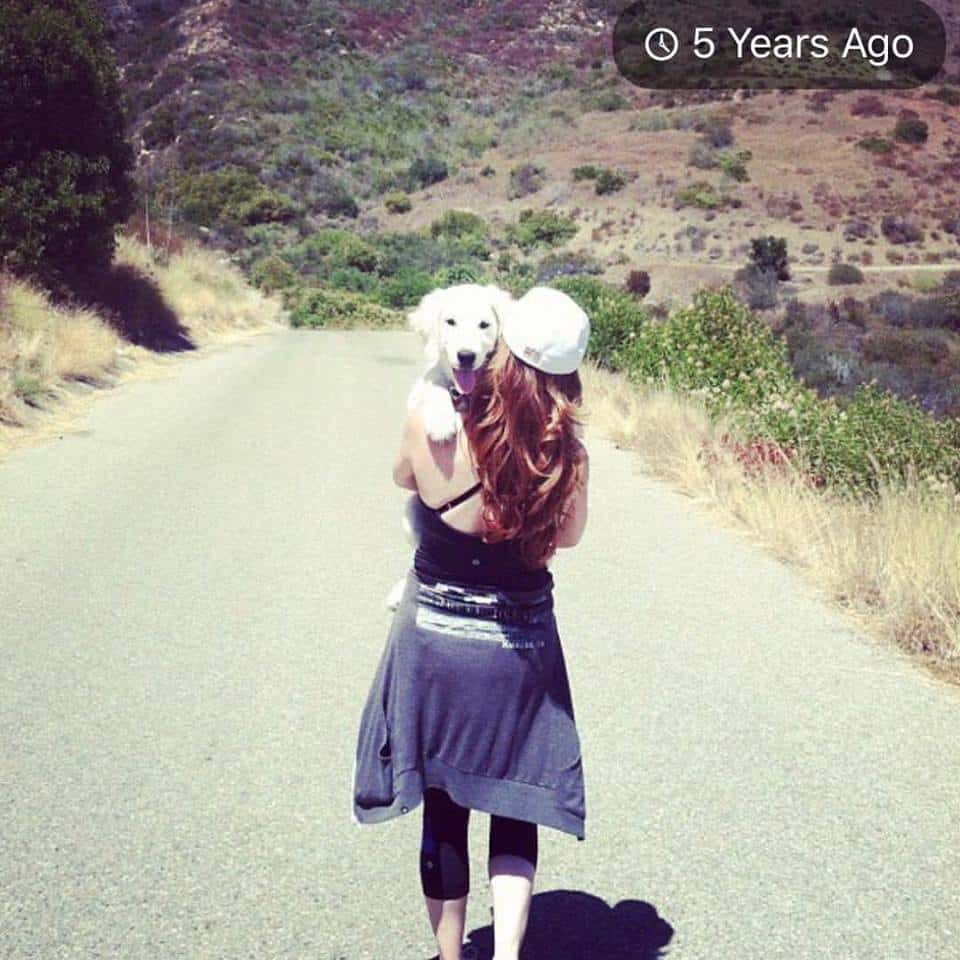 Today Buddha is alive and vital. For the past three years, Buddha was unable to go hiking with Bregman (one of his favorite past times) due to his poor health. But he recently did his first three-mile hike and did great! “He was so happy,” Bregman said. “Just when I think we can pull him off his embryonic blood therapy, I notice a giant difference if I forget to give it to him.”

Buddha is not just a survivor; he’s an inspiration to Bregman as well.

“I call him my million-dollar miracle,” Bregman said. “He’s my soul mutt. And he’s just a lover and an amazing soul. Buddha actually inspires me every single day. He doesn’t let anything get him down, and he’s seen the end many times. His resilience, strength, spirit and pure love are inspiring.”

Then there’s Hazel. She may be the smallest dog in Bregman’s home, but she’s a spitfire. About 9 years ago, Bregman adopted the then 3-month-old Maltese with a degenerative back disorder.

Hazel was doing fine for a while, and then one day, out of the blue she couldn’t walk. She walked sideways and then she would fall over. She became paralyzed from the waist down. Bregman got Hazel a wheelchair so she could be mobile on her own. 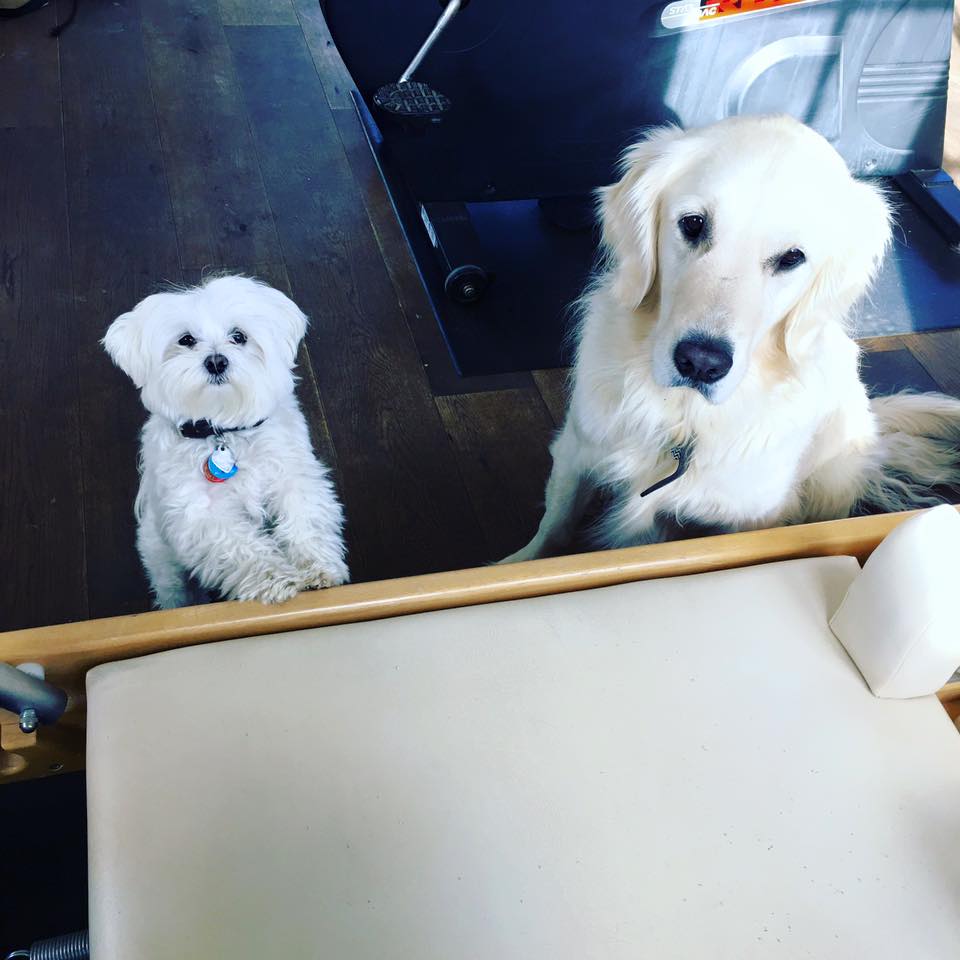 Many people thought Hazel didn’t have a chance at a good life, but Bregman wouldn’t accept that prognosis. Instead, she went the extra mile. She brought Hazel to see an acupuncturist regularly. Now Hazel runs on her own. “Anytime anyone says they don’t believe me, I say, “ Let me show you pictures and videos of my dog,’” Bregman said, referring to Hazel’s before and after videos.

Hazel must see the acupuncturist every three weeks though. If she misses an appointment, she starts regressing and her walking begins to falter. “But if you keep her on every three weeks, you cannot believe the difference,” Bregman said. 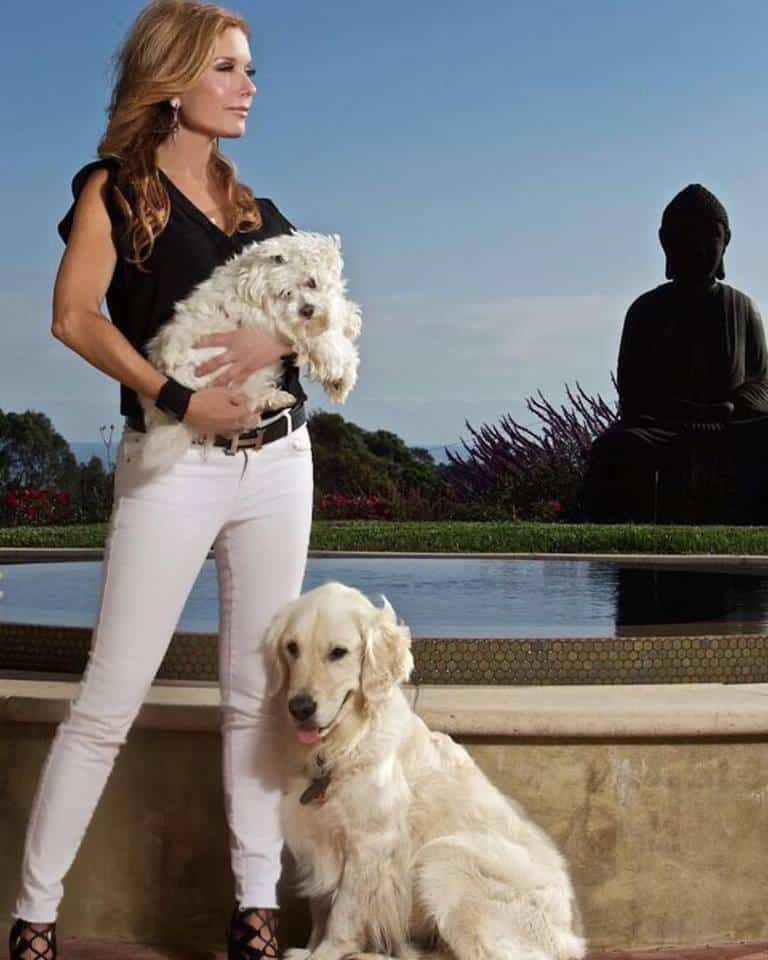 The now six-pound, 9-year-old Hazel is a mighty dog who’s also sweet and funny. She’s the top dog in the Bregman household. While all the dogs in the home get along great, Hazel rules over everyone, which includes Bregman’s boyfriend’s dog, Bear, a mini Australian shepherd.

When it comes to all of Bregman’s animals, they’re part of her family and her household. Unfortunately, her home was in the path of the November 2018 raging wildfires in California and the house was destroyed.

A week prior to the fires, Bregman was riding her horse along with her trainer. Bregman told her trainer that she had a bad feeling and something wasn’t right. Her trainer knew to take Bregman seriously, and thankfully she did. They decided that Bregman’s horses had to be moved immediately. 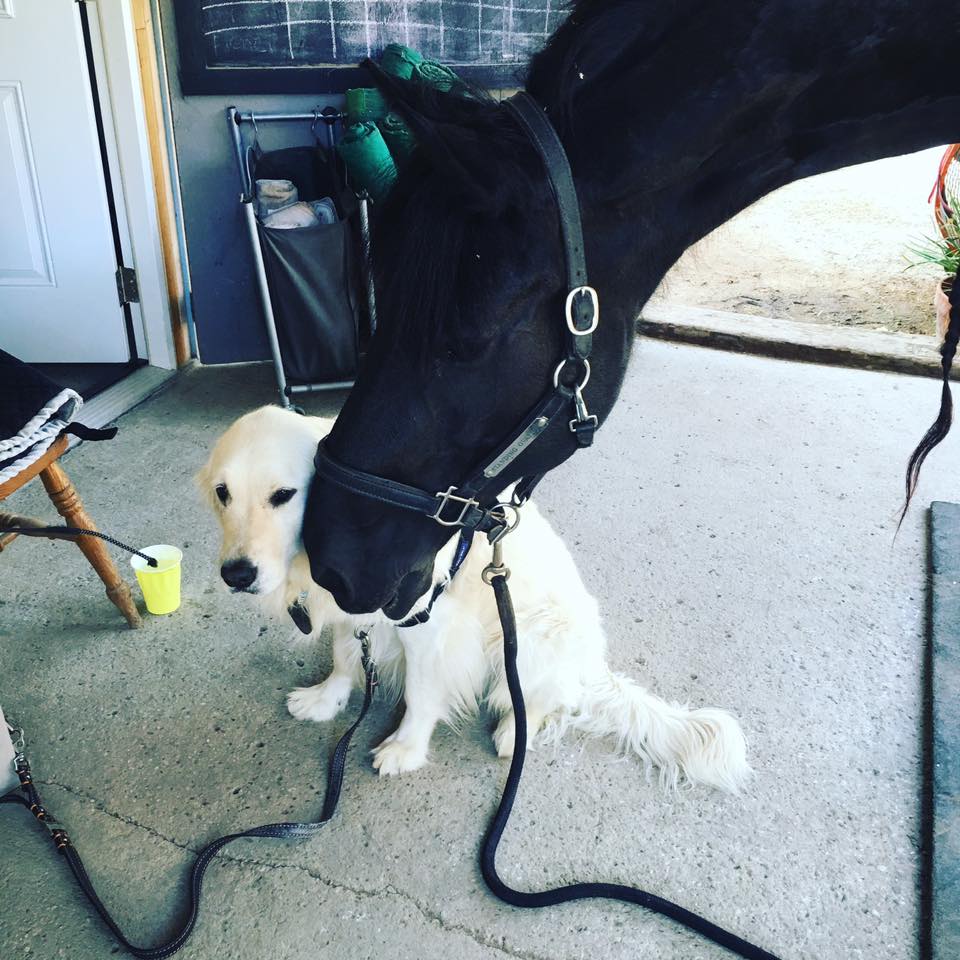 “We moved five horses within two hours,” Bregman said. “My trainer was a rock star. She moved all the horses the day before my house burned down and got them out of that environment and moved to Pierce College.”

That night before the fires, Bregman was at her son’s apartment in Los Angeles. While there, she had a feeling that she had to go get her dogs out of her house. The mandatory evacuation due to the surrounding fires had not been in effect for her area by that time, but she went to get her dogs anyway. “I got all my animals out prior to the house burning down,” Bregman said.

Although she lost just about everything in the fire, thankfully she, her children, and all her animals were saved.

Because Bregman feels so strongly about all animals, she works with several animal charities. She is on the board of Chenoa Manor, a nonprofit sanctuary for farm animals as well as other animals in need. And she also works with Deity Animal Rescue and Foundation, which rescues and rehabilitates stray, neglected, and abused dogs.

“Obviously the issue with dogs and the number of dogs and cats in our pounds is overwhelming,” Bregman said. “I can’t believe with all the information about spay and neuter that we still have this issue.” 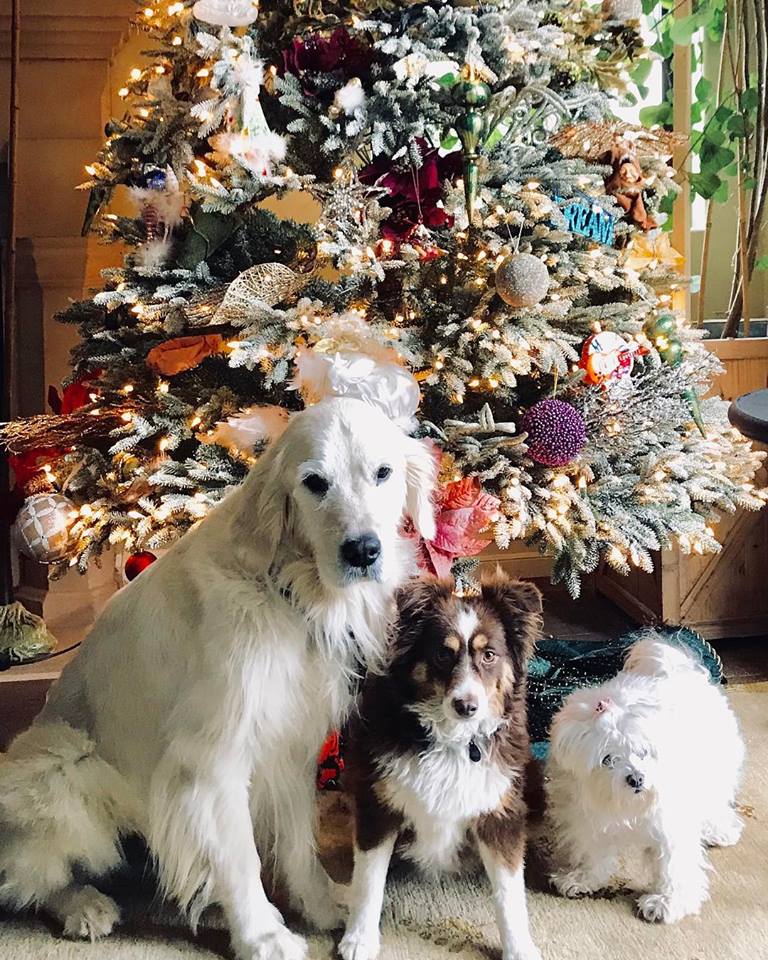 And the apples don’t fall far from the tree. Bregman has two adult sons who are animal lovers as well.

“My son Austin just went to Bark n’ Bitches with his girlfriend where they are volunteer fosters,” she said. “They just adopted one of their dogs. Austin is like me, a mushball when it comes to animals. My younger son Landon is a cat lover and always adopts the greatest cats from the pound.”

For all Bregman has been through with her animals, she wouldn’t have it any other way.

“I can’t imagine life without an animal,” Bregman said. “I just can’t. I’ve had great experiences rescuing animals. That rescued animal knows that you have rescued them. The dedication and love that I have had from every one of my rescue animals are extraordinary.” 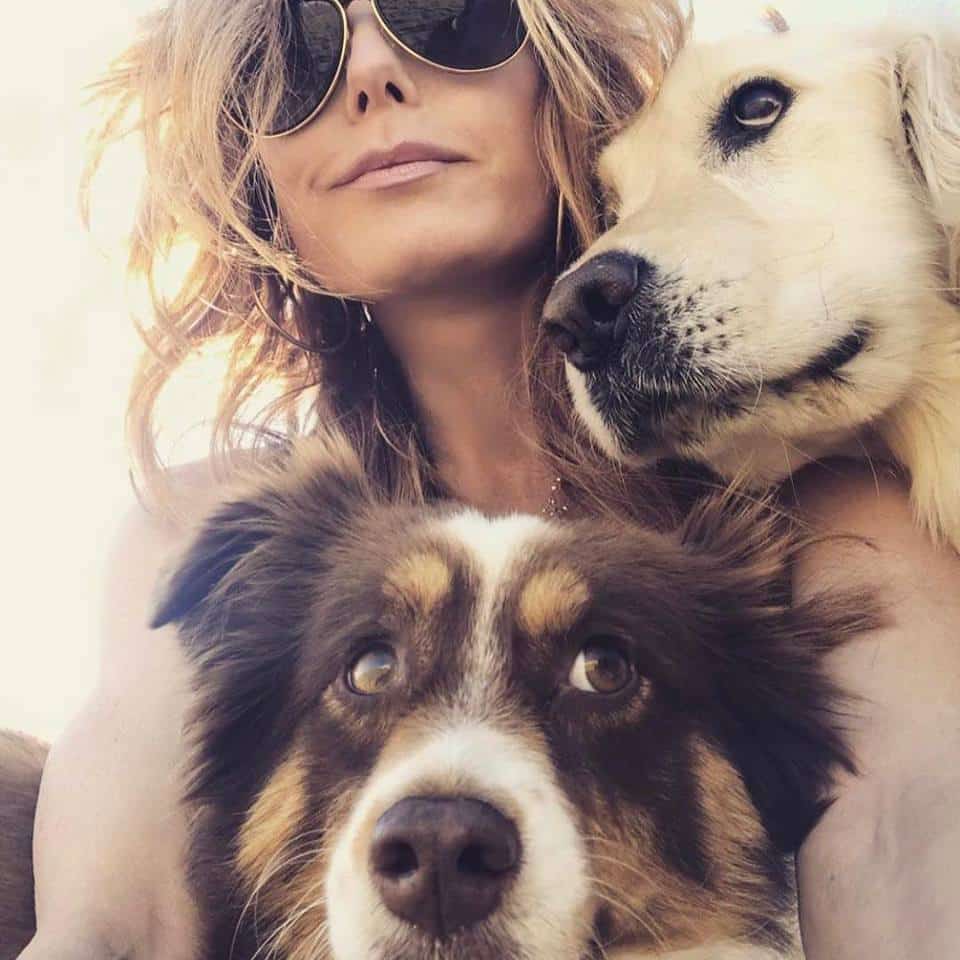 The cute Basenji/shepherd mix that her son Austin just adopted is one of those dogs.

“You have to see the look on the dog that my son just rescued,” Bregman said. “She spent six months in a pound, and this dog looks at my son with love that could melt and break your heart.”