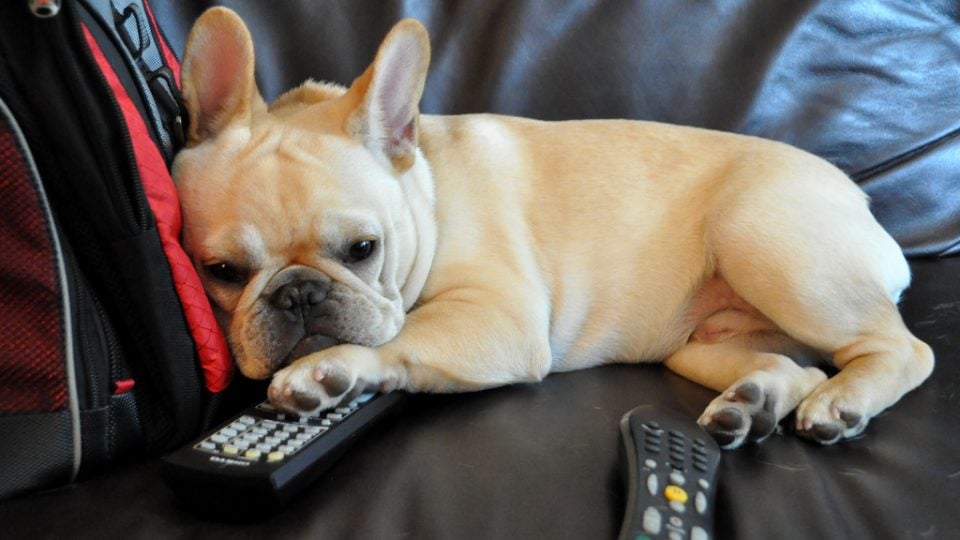 You never thought you’d have to share the TV with your dog, right? Turns out that TV for dogs—and only dogs!— now exists, so you may have to paw over that remote. Even though these shows may not be as gripping as the latest episode of Empire, their creators say they’re stimulating for your pet. We’re diving into why dogs have their own TV channel, whether TV for dogs is a good idea, and which shows or videos are best for dogs (spoiler alert: there’s a LOT of Frisbee). 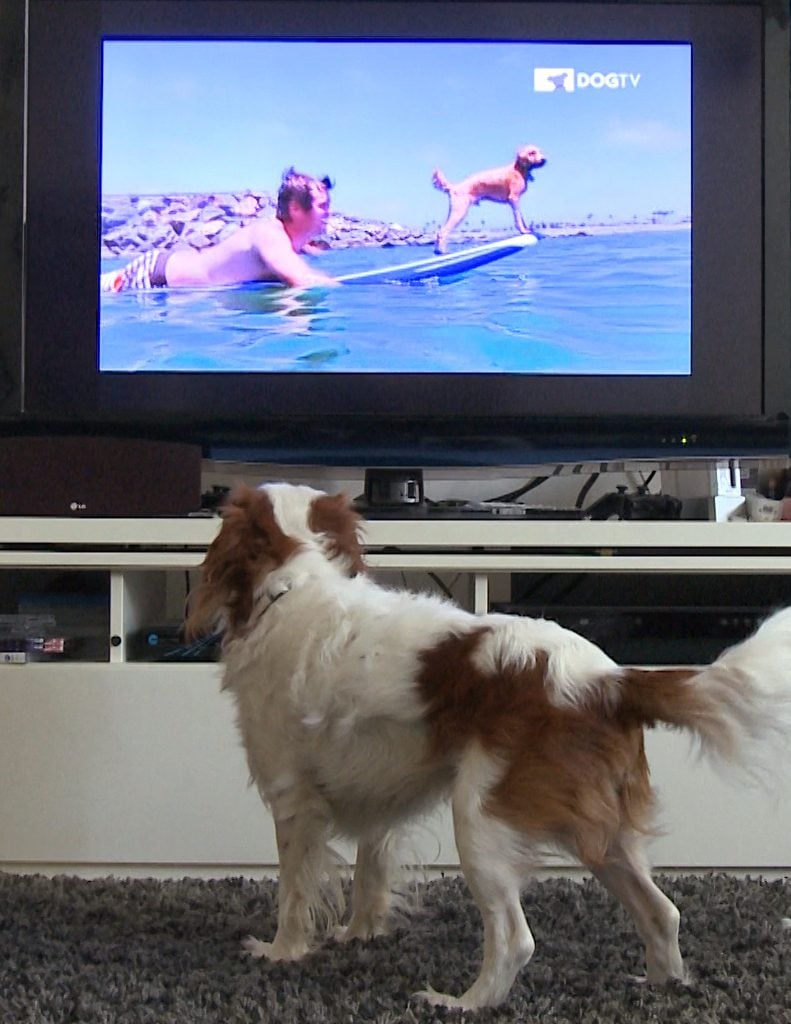 The answer to this is still up for debate, but TV quality in general has come a long way—which is key to the dog entertainment factor. There are no end of videos for dogs to watch online, too.

“There’s been a shift in technology,” says renowned dog expert and host of Animal Planet’s It’s Me or the Dog, Victoria Stillwell. “And now because televisions are digital, dogs can see what is on the screen.”

Older, non-digital TVs, or CRT TVs, were truly for human eyes only. Since dogs’ eyes function differently, the quality of those images is choppy. Dog eyes can spot the refresh rate of the images on the screen, whereas our eyes see one continual image.

With the latest technology, however, TV for dogs is a real possibility. It’s even a potential source of comfort and entertainment while you’re away. Enter: DogTV, the channel that provides programming ONLY for your canine.

The TV channel for dogs

The truth is, you can’t always be with your dog. Many pups are left home alone during the day and lack stimulation until their humans get home. Even with a pet sitter or dog walker, dogs get lonely and bored. This can lead to destructive behavior, and could mean leaving a stressful day at work for a stressful night at home.

Ron Levi, the founder and chief content officer of DogTV, wants to address this. He says even his cat didn’t like being left: “He gave me the sad eyes saying, ‘It’s not cool leaving me alone all day.’”

So, what’s on DogTV anyway?

Each episode on DogTV isn’t necessarily oozing with drama, romance, suspense, and intrigue, but this is TV for dogs! The length of each episode is around the average length of a dog’s attention span—three to five minutes—and gets broken up into genres of stimulation, relaxation, and exposure.

For the most part, they’re just watching other dogs. “Dogs are proven to like to see other dogs on screen,” says Ron Levi. What dogs don’t like, though, are other barking dogs. After monitoring dogs’ reactions to their shows, Levi and his team found that the dogs “weren’t too happy about the barking sounds.” To remedy this, the soundtrack to every short vignette is soothing classical music.

TV for dogs sounds fun, but does it work?

Though very much in beginning phases, DogTV hasn’t proven itself to be one-size-fits-all. Some dogs just don’t care for TV, no matter how digitized and stimulating. Additionally, there are limits to the TV’s appeal. While the creators of DogTV are finetuning the programming to best fit a dog’s visual and auditory perception, they can’t engage a dog’s sense of smell, which is their most acute sense by far. This could cause some dogs to quickly lose focus or interest.

Nonetheless, other pet parents swear by it. You can sample it for your own dog on DogTV’s YouTube channel, or fire it up (get it?) on Amazon Fire TV

DogTV could be entertaining for your dog, but every pet is unique. Ultimately, TV doesn’t replace exercise or companionship. Even one check-in or walk during the day = a happier and more relaxed dog. In the interim, a little doggy-themed programming might not hurt.