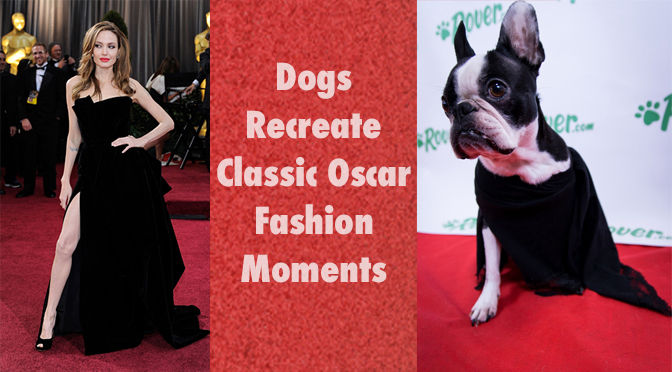 It wouldn’t be the Oscars without fabulous fashion hits—and misses. In the spirit of the season, we’ve rounded up some of our favorite red carpet moments and improved on them. How? With really, really cute dogs. Our adorable Rover office dogs took turns trying out these memorable looks, and they killed it. Of course, we knew they would.

From Angelina to Bjork, check out these famously bizarre fashion choices recreated by dogs. Pawfection.

Lizzy Gardiner wore this infamous American Express dress to the 67th Academy Awards in 1995. And people are still talking about it. We think Herbie does the rich and famous look well. 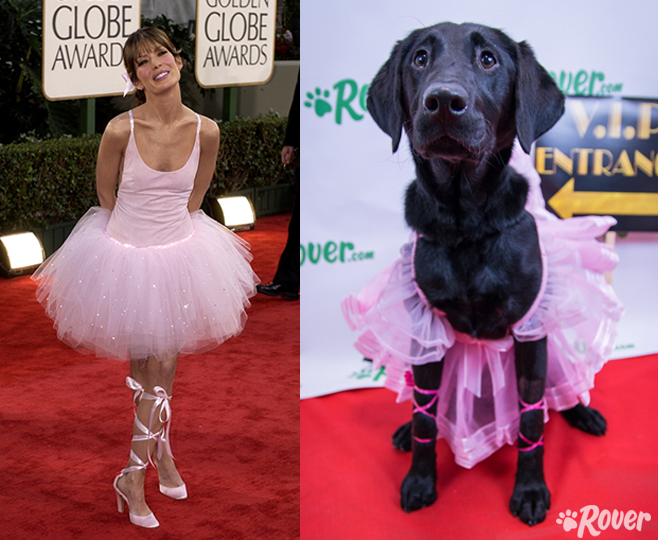 This terrible tutu actually hails from the 2003 Golden Globes, when Lara Flynn Boyle decided to try out the ballerina look—which, er, didn’t go so well. But our sweet pup Aspen? She can pull it off. 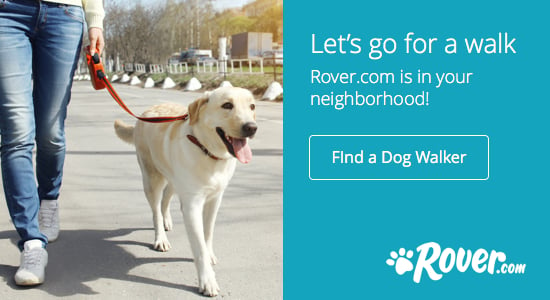 The Leg Seen ‘Round the World 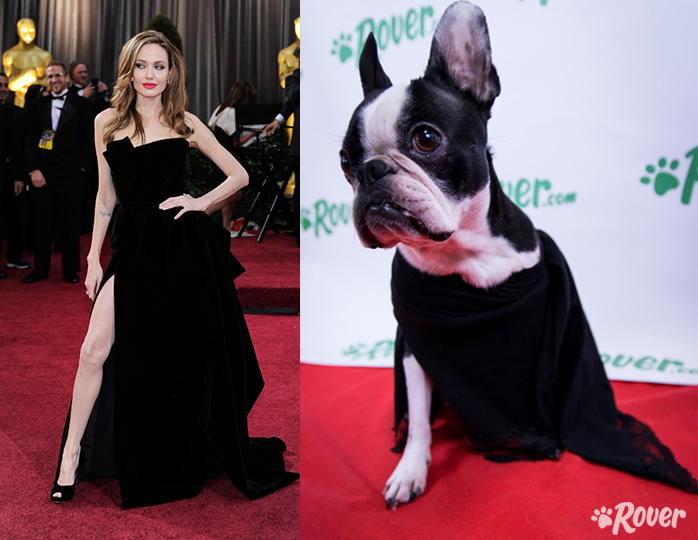 When Angelina Jolie stepped onto the red carpet at the 84th Academy Awards in 2012, everybody started talking about her right leg. Countless memes later, and it’s up there with most memorable Oscar looks of all time. Hit or miss? We’re not sure, but it’s definitely a win for Gus. 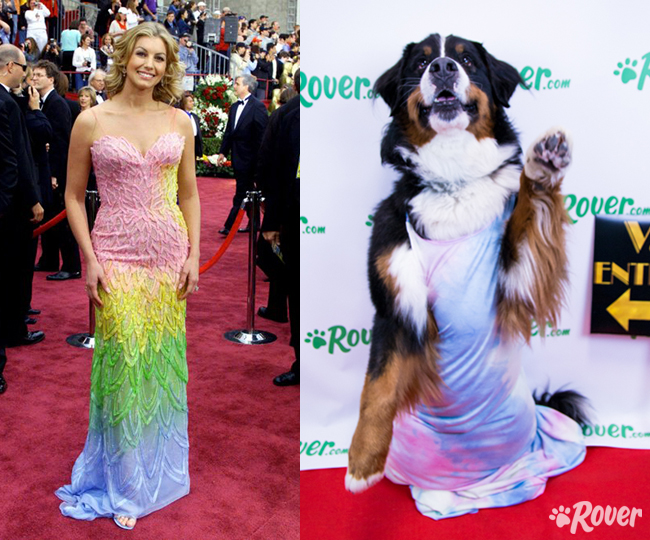 This multicolored Versace dress regularly makes the “worst of the worst” red carpet fashion lists. Faith Hill sported it at the 74th Academy Awards in 2002, and handsome Baeron tries it out in 2016. He loves the paparazzi, as you can tell.

Yes, This is My Hat 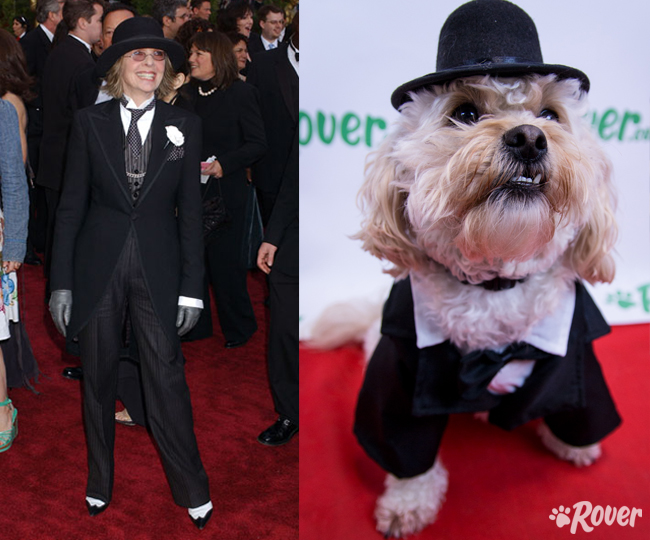 Diane Keaton is famous for her gender-bending style, and often pulls it off. But at the 76th Academy Awards in 2004, most observers decided her outfit fell flat. Really flat. Good thing that Bowser fixed it for her. Dapper, isn’t he?

That Swan Dress—You Know the One 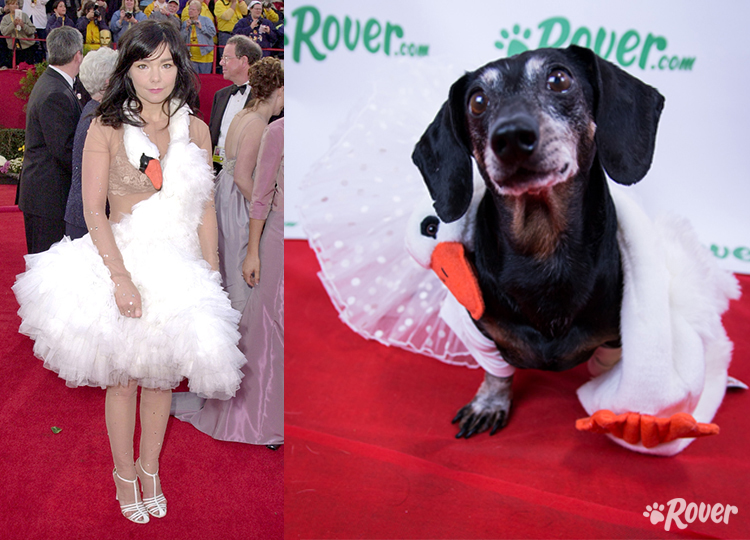 Icelandic musician Bjork isn’t afraid to go bold, as her 2001 Academy Awards’ getup proves. It’s a dress! It’s a swan! It’s…what is happening? Whatever it is, our sweet dog Al decided to try it out. “Is this a wearable squeaky toy?” He wanted to know.

Just as we suspected, put a dog in the dress and it’s all better.

Can’t get enough of our canine couture? Check out this video for a behind-the-scenes peek at our photo shoot here at Rover.