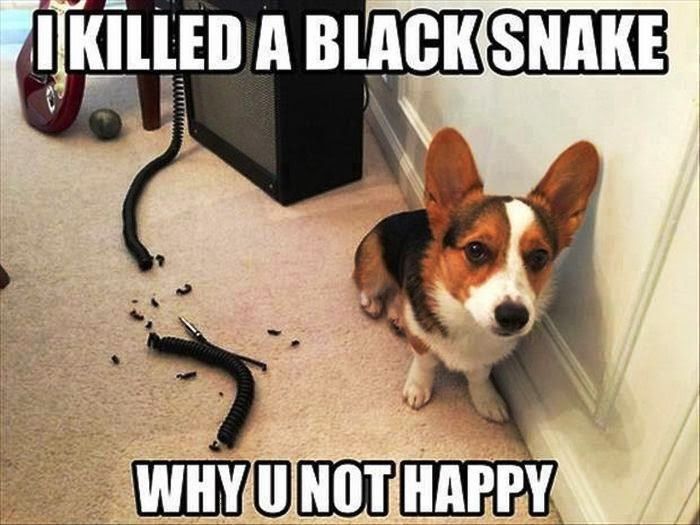 When you walk into your house to find that your dog’s made a huge mess, does your dog appear to feel guilty?

Many pet parents would respond with, “absolutely!” In fact, according to Scientific American, 74 percent of dog owners believe their dog feels guilty when they misbehave.

Sometimes, we can clearly see our dogs showing a negative reaction when they’ve done something wrong. The hilariously adorable ‘Dog Shaming’ trend pays homage to this. But are dogs truly experiencing guilty feelings? 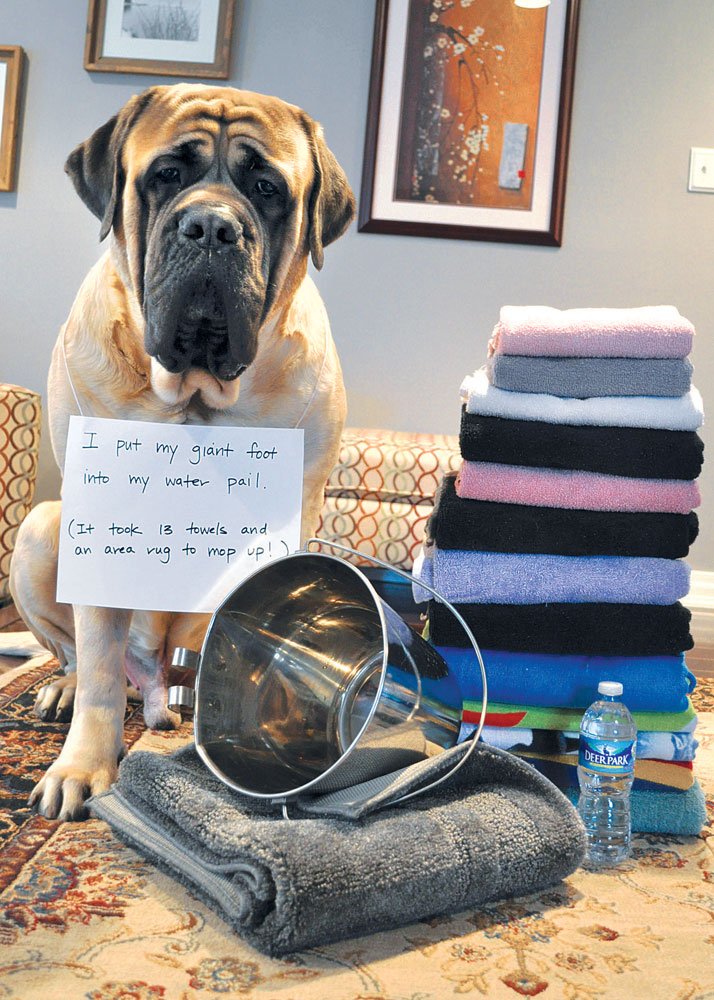 ‘Dog Shaming’ images are a hilarious response to the “guilty dog” look.

Although we cannot be certain as to whether or not dogs feel guilty, researchers believe a dog’s ‘guilty appearance’ is in response to our body language.

When we arrive home and notice a mess, we may use an accusatory tone of voice accompanied by angry body language.

In turn, dogs can sense our anger and respond to this with apparent shame or guilt. This can present as various stress signals and submissive behaviors, including cowering, flattened ears, a tucked tail, and “sad eyes” (which seem designed to work on humans, don’t they?)

When Dogs Change their Behavior

Now, let’s look at another scenario. Your dog dug into the garbage and dragged it throughout the house. He got trouble when you arrived home. Since that time, he hasn’t been in the garbage.

If he didn’t feel guilty, then why would he have stopped the behavior?

It’s simple. Your dog wants you to be happy. If his action(s) result in you being stressed, he will connect this to the behavior. In other words, your dog isn’t “feeling guilty” so much as your dog understands that pleasing you is important, and dragging the garbage around did not make you happy.

Things get complicated here, however. Some researchers would argue that this response is a form of guilt.

While we cannot know exactly which emotions a dog experiences, one school of thought has it that dogs feel emotions similar to those of a two-year-old human. This would mean they are able to experience a basic range of feelings, including:

Other mammals with similar neural processes have the ability to experience the secondary emotions like guilt, pride and shame—so why not dogs? We cannot completely rule it out.

The reality is that we need more research to fully understand canine cognition and emotion. There have been promising new developments in recent years. Dr. Brian Hare at Duke University has made an incredible impact in this field.

He often utilizes ‘citizen science’ in addition to ‘scientific science’ to understand dogs. Throughout his research, he analyzes dogs in their natural environments as opposed to simulating an environment. This has led to some exciting new developments, detailed in Hare’s book, in our understanding of dog psychology. For instance, we now know dogs experience at least some form of empathy. 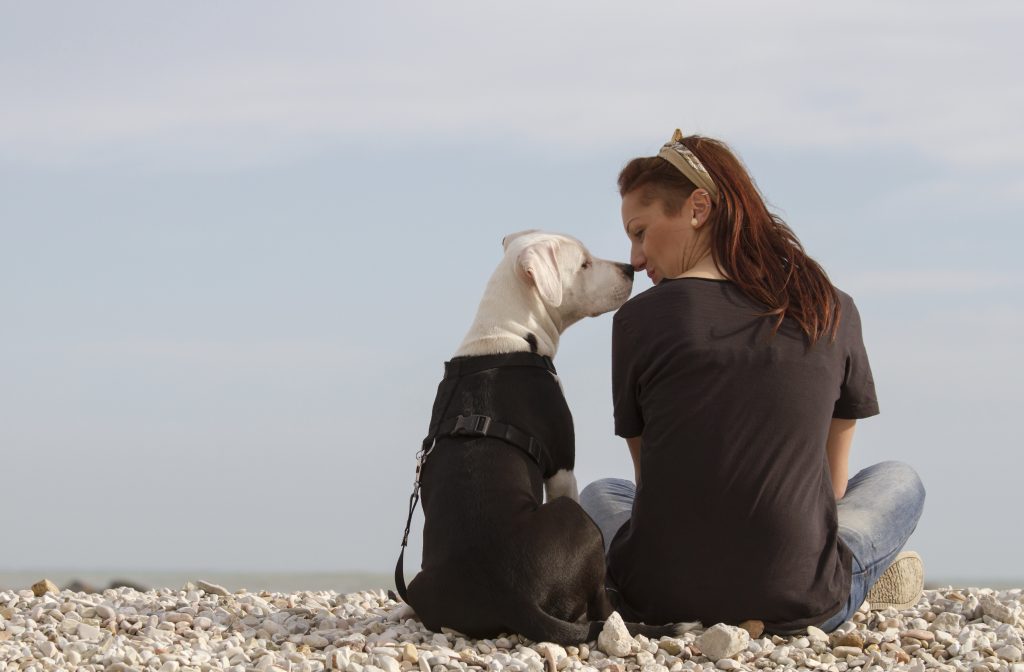 As a Canine Behaviorist, I’ve had a significant amount of experience with dogs who appear to feel guilt.

Many of my clients approach me due to their dogs’ separation anxiety. When a dog has separation anxiety, their reaction often involves destroying the house. This may mean they urinate/defecate on the floor, chew the wall and/or furniture, and/or get into the garbage.

Of course, when the pet parent arrives home, these behaviors result in feelings of stress, anger, sadness, and anxiety. Many pet parents contact me saying “my dog felt bad afterwards.”

Again, however, these behaviors may be correlated more to the canine/human bond (and dogs’ knowledge of us), rather than to their guilty feelings per se. Whatever the reason for the apparent guilt, it is quite clear to me that dogs and humans have a unique bond. This bond has developed over hundreds, even thousands, of years. There is certainly an emotional component to that bond.

As a pet parent, do you feel your dog displays signs of guilt? When you walk in the house and he has misbehaved, does he appear to be guilty, even before you speak to him?

Your insight just might offer some critical new piece of information into dog behavior! If you’re interested in learning more, Dr. Hare offers a free online course about dog cognition and emotion through Duke University for any level of dog enthusiast.

This post contains an affiliate link, which means that if you decide to buy something when you click it, we may receive a small commission. Click here to learn more.

Amber L. Drake is a canine behaviorist and professor of Animal Sciences, as well as the author of numerous publications about dog behavior, safety, and training.