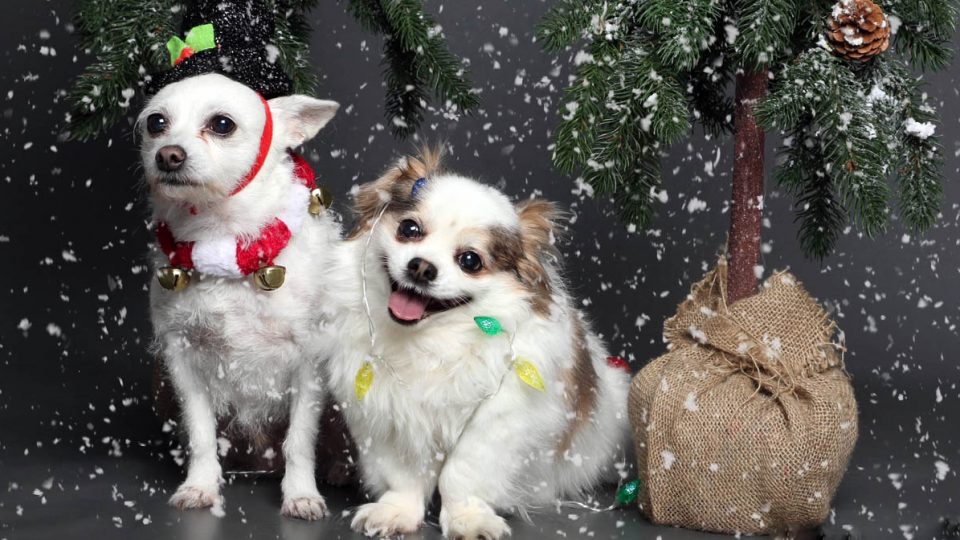 The saddest pair of puppy dog eyes ever to grace a holiday photoshoot has become the talk of the internet. The question on everyone’s mind is just why are you so sad, little dog? 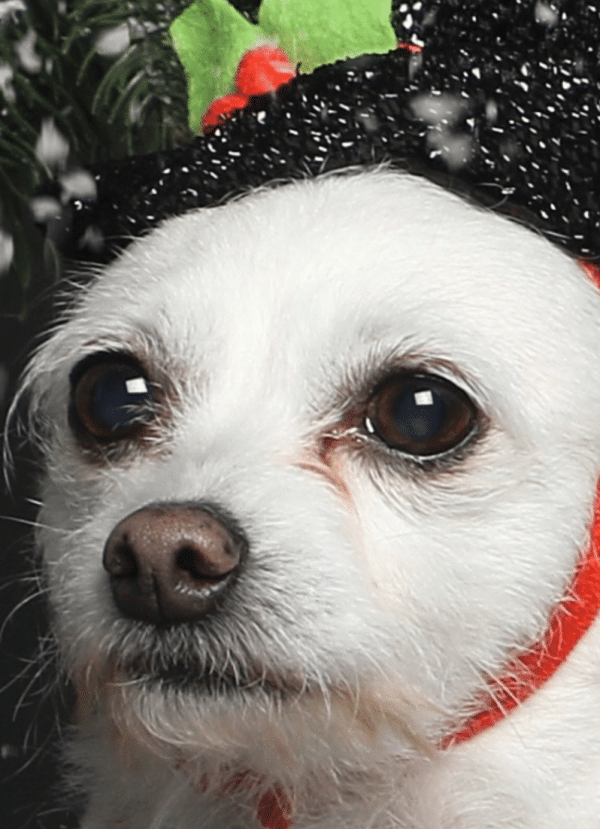 While brother Opiee sports a smile from ear to floppy ear, Mika’s serious look has created quite a buzz. Like any dog mom, Lauren Carter likes to show off her adorable pups each year, all dressed up for a fun-filled, festive holiday photoshoot.

But there’s just one little problem. It’s Mika’s casual facial expression which can best be described as existential dread. Can we talk here? You see, Mika is a veritable Debbie Downer in just about every single photo, every single year.

Took my dogs to take their yearly christmas photos. It’s really hard when you have one super photogenic dog and one dog having an existential crisis. pic.twitter.com/4gUyIsB5OJ

After posting the sweet and funny photo to Twitter, the hilarious replies from users chiming in on the possible meaning of Mika’s expression. Some posted similar photos of their own forlorn-looking dogs.

So, was Mika truly sad, or was something else on her mind? As one user quipped, “Hello, darkness, my old friend.”

Another user posted a smiling Opiee on the left and Mika on the right and commented, “How I look on the outside VS. How I feel on the inside.”

How I look on the outside VS. How I feel on the inside. pic.twitter.com/K5uBzuliZ5

Carter admitted that sometimes the dogs feed off each other (not literally), “Sometimes she rubs off on him.” 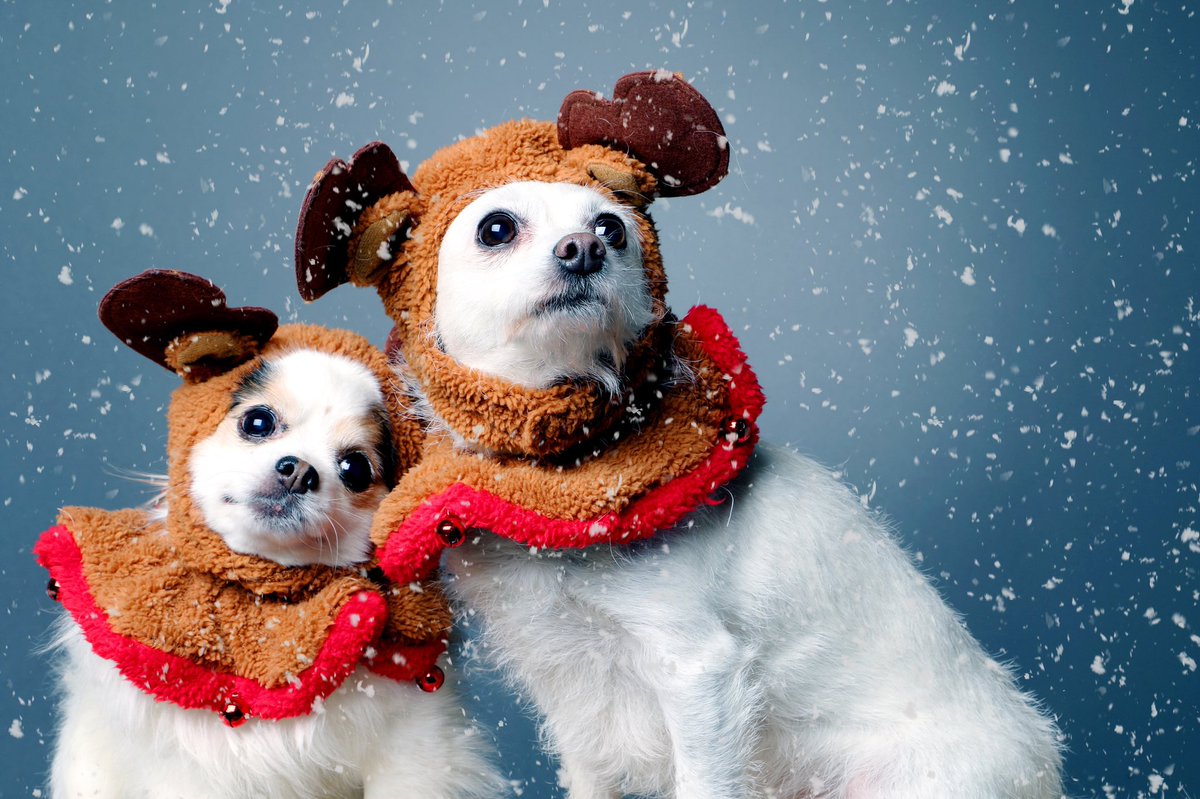 And there’s always Opiee who rubs off on Mika. That’s when Carter posted an adorable photo of Opiee as Santa and Mika as his elf receiving a smooch and seemingly enjoying it. Who knew she could let her guard down? 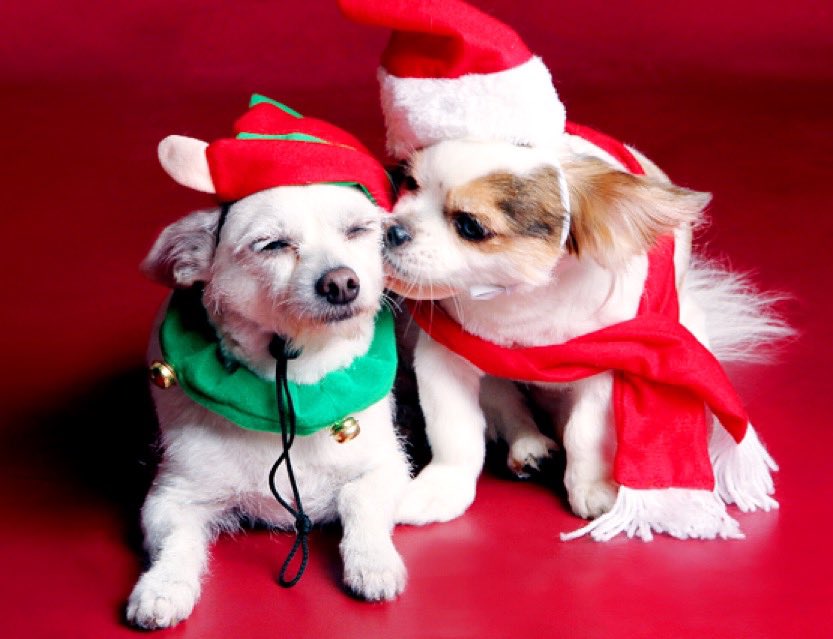 Thankfully Carter doesn’t let Mika’s endearing yet sometimes sad doggy disposition get to her. It can be hard to tell if this particular pup is wearing a poker face or simply wants to be alone. 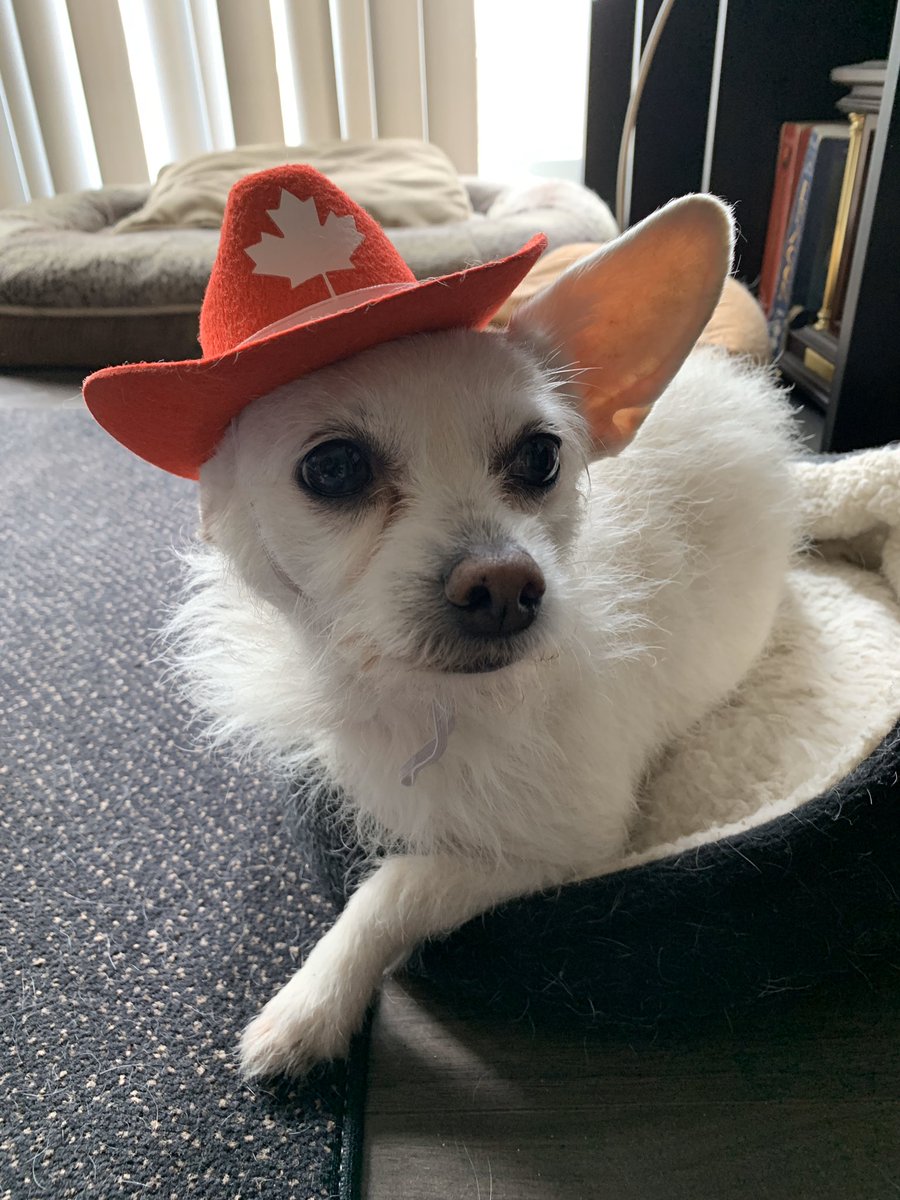 Or could it be something that many of us ask ourselves when leaving home, as Carter opined, “I’m telling ya’ll, she has a very classic ‘oh god…. did I leave the stove on?’ type of face 24/7.”

I’m telling ya’ll, she has a very classic “oh god…. did I leave the stove on?” type of face 24/7. pic.twitter.com/aVmpIZvbTE

Only Mika truly knows, and she’s holding that card close to her muzzle.

Catch more of Mika and Opiee on Carter’s Twitter feed. 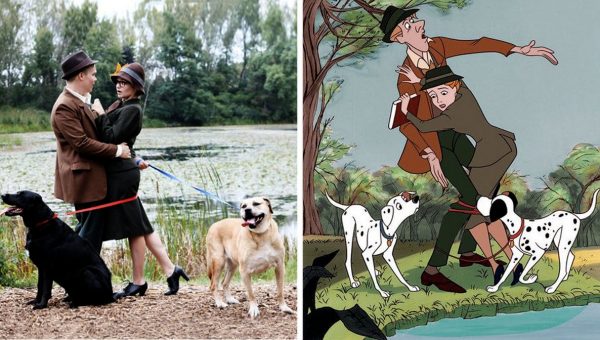 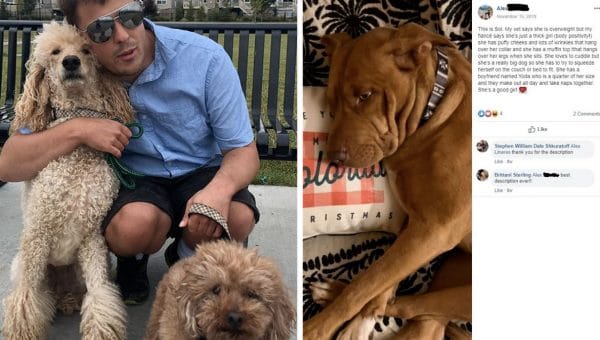