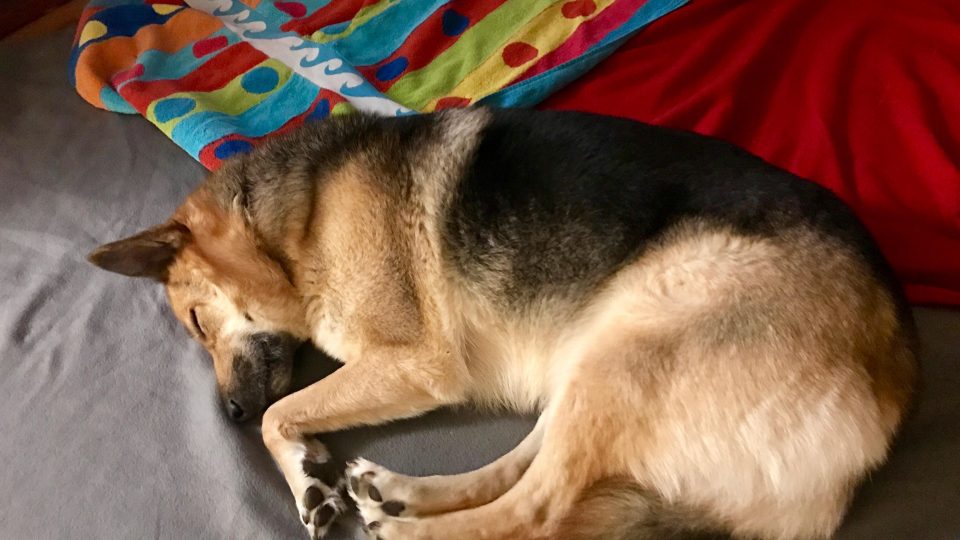 At first, I thought it was just a case of doggy diarrhea. My normally “regular” dog, Lana, was spending most of her day frantically asking to go into the backyard. I made some rice and chicken for her and kept an eye on it—thinking it would resolve itself. But I started really worrying around midnight, when Lana vomited. It was foamy and alarmingly tinged with blood.

The blood scared me, so I raced Lana to our nearby emergency clinic. After her exam, the vet gave us the diagnosis of giardia. 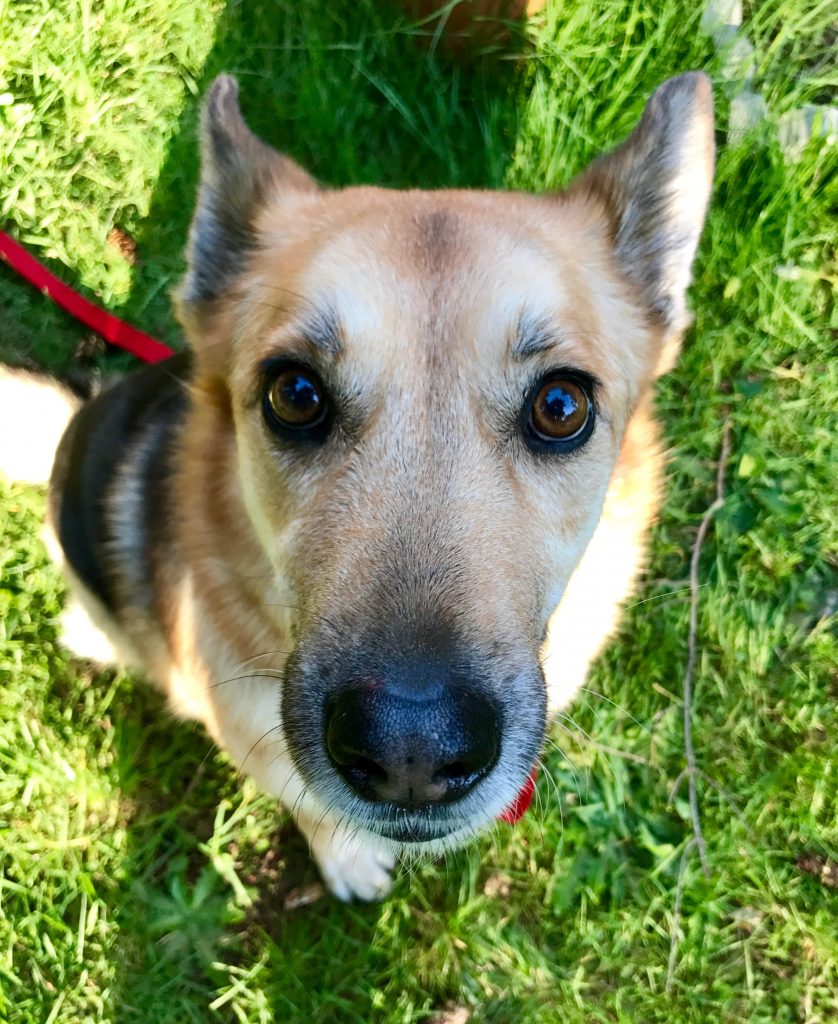 Giardia is a common parasite that can live in the intestines of dogs and humans. Typically, a dog picks up a parasite like this by drinking from a puddle or chewing on a surface that’s been contaminated with the feces of other infected dogs.

Giardia thrives in damp environments, so our Seattle neighborhood is a perfect breeding ground. After it’s ingested, the parasite takes up residence in the intestines, sometimes causing diarrhea and vomiting. It’s easily treatable, but if it’s not addressed, dogs can suffer dehydration and even death.

So how did we get through it?

Surviving a Case of Dog Giardia

Giardia is much more serious than regular stomach upset or loose stool and should be treated by a vet. You can even get a vet to come to your house if needed; check with your vet office or try a service like Vetted.

The vet sent us home with a few different medications. Lana had to complete a ten-day round of antibiotics (to wipe out the parasite), and she took an antacid to help calm her belly. This had to be dissolved in water and syringed into her mouth.

Thankfully, Lana took this like a champ and her stomach settled quickly.

To help firm up the watery stool, Lana was also prescribed a bland diet. She spent the next week eating a mixture of rice, chicken broth, boiled chicken, and cottage cheese.

After a week, I started to mix her normal food back into her diet so she could slowly adjust to her usual kibble. 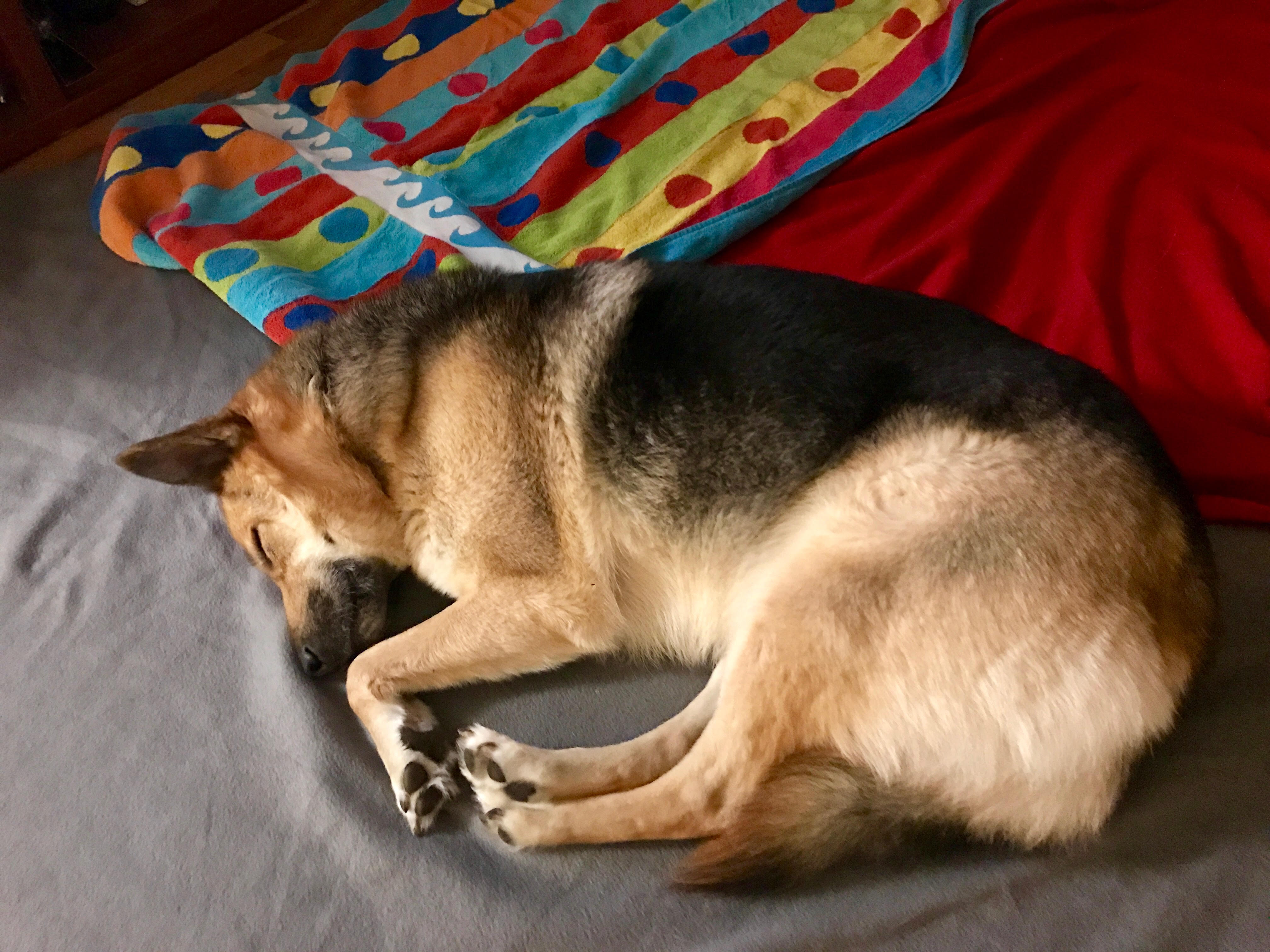 Lana is a busy, active, and healthy dog. It was very strange not hearing the chirp of a squeaky toy, and she spent a lot of time sleeping. The combination of illness and antibiotics made her unusually tired. So I let her rest as much as possible and kept her quiet to help her heal.

As you can imagine, there was a lot of sanitizing that needed to be done. Lana had soiled two rugs, so I had to rent a Rug Doctor. I cleaned them, rolled them up, and put them in another room. I also put old towels on the ground to protect the floor as best I could.

The other issue was Lana herself. She smelled terrible, and though I cleaned her up after every incident, it didn’t keep her as clean as I hoped. I bathed her on the fourth day, and it definitely helped her feel better.

Once we started her on the antibiotics, I thought her issues would clear up quickly. Instead, Lana had diarrhea for another day and then didn’t poop at all until three days later. It was a bit of a rollercoaster!

It took a little over a week for her to fully recover, but I kept in touch with my vet to make sure everything was progressing normally. 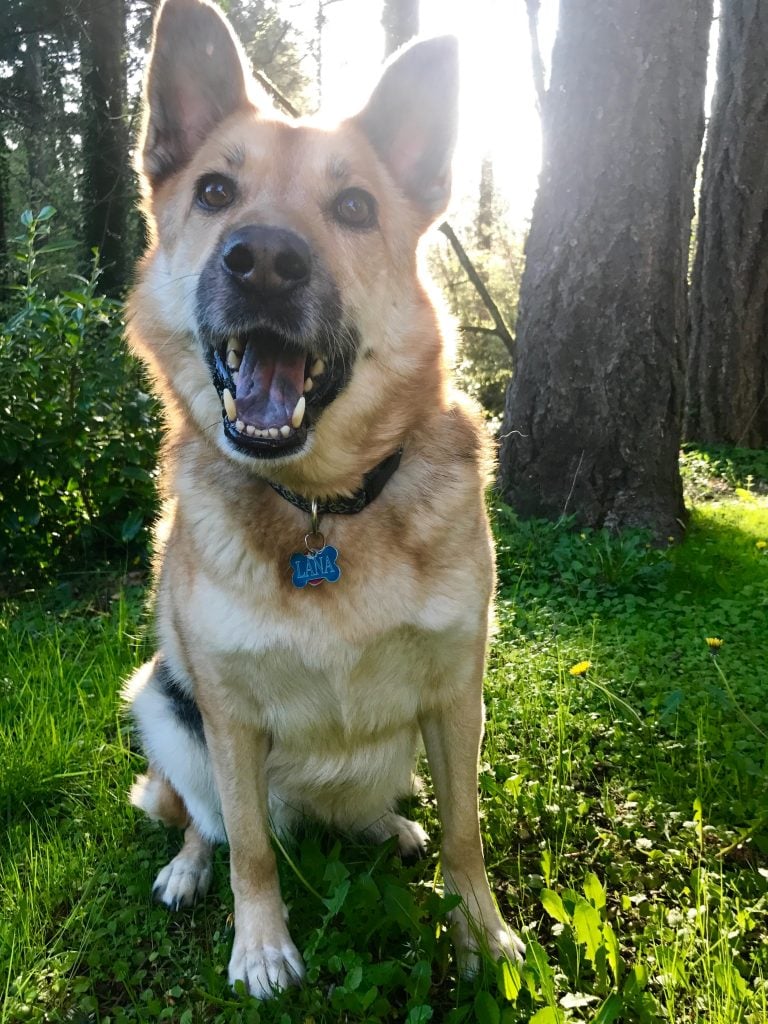 Lana is back to her happy-go-lucky self, but if your dog starts behaving strangely, it’s best to take them to the vet as soon as possible. Giardia is unpleasant but very common, and your dog can get through it!

I’m keeping a closer eye on Lana when we go on walks, making sure she doesn’t drink out of puddles. And if we’re struck by this again, I’ll be ready.