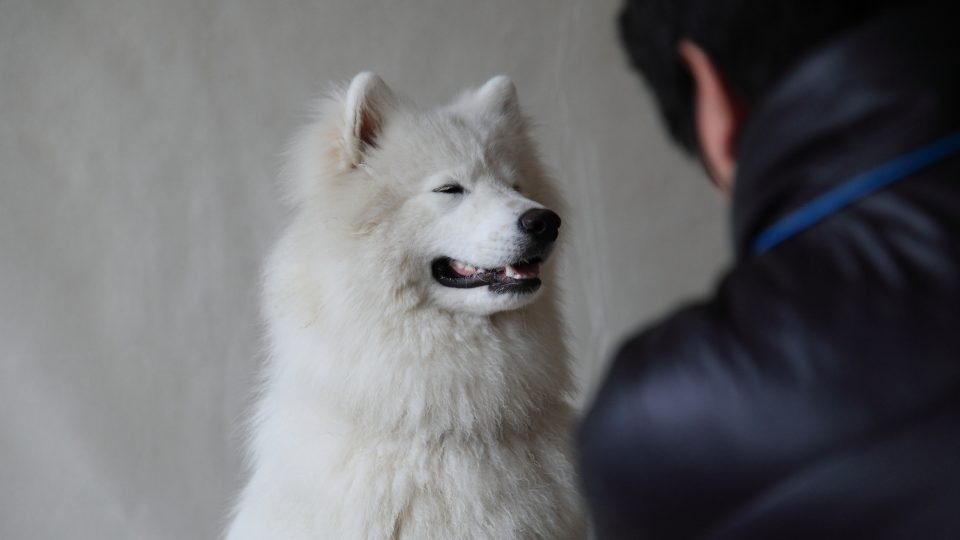 Unfortunately, many humans frustrate themselves trying to keep up with society’s demands for “good hair.” Thankfully, dogs don’t have to conform to our silly rules—and while we think that all dog hair is good dog hair (yes, even the buildup in the vacuum) these breeds have especially interesting and glamorous looks. 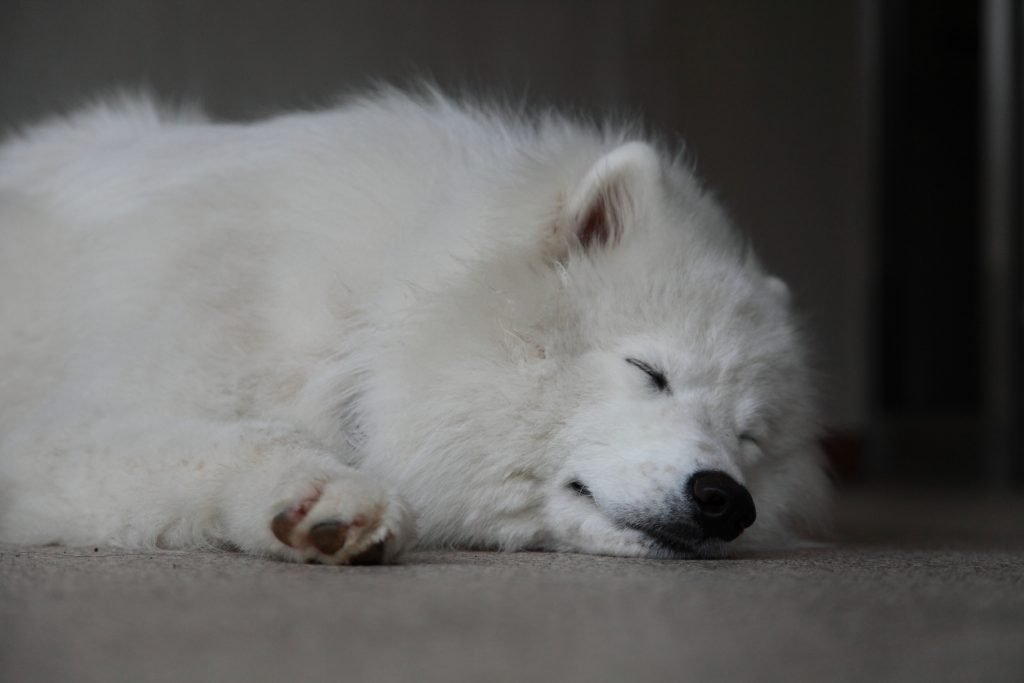 These sweet little snowballs are praised for their #SamoyedSmiles, a mischievous grin that is unmistakable—and that pairs perfectly with their thick, white fur that needs regular maintenance and brushing. Originally bred as sled dogs, they love cold weather and cold floors.

German shepherds are an energetic, hardworking breed that comes in a variety of coat lengths and colors. Even puppies from the same family can have a wide variation in their appearance. They benefit from regular brushing (several times a week) as they often have a thick coat and undercoat. German shepherds are commonly found up for adoption in animal shelters in the United States. 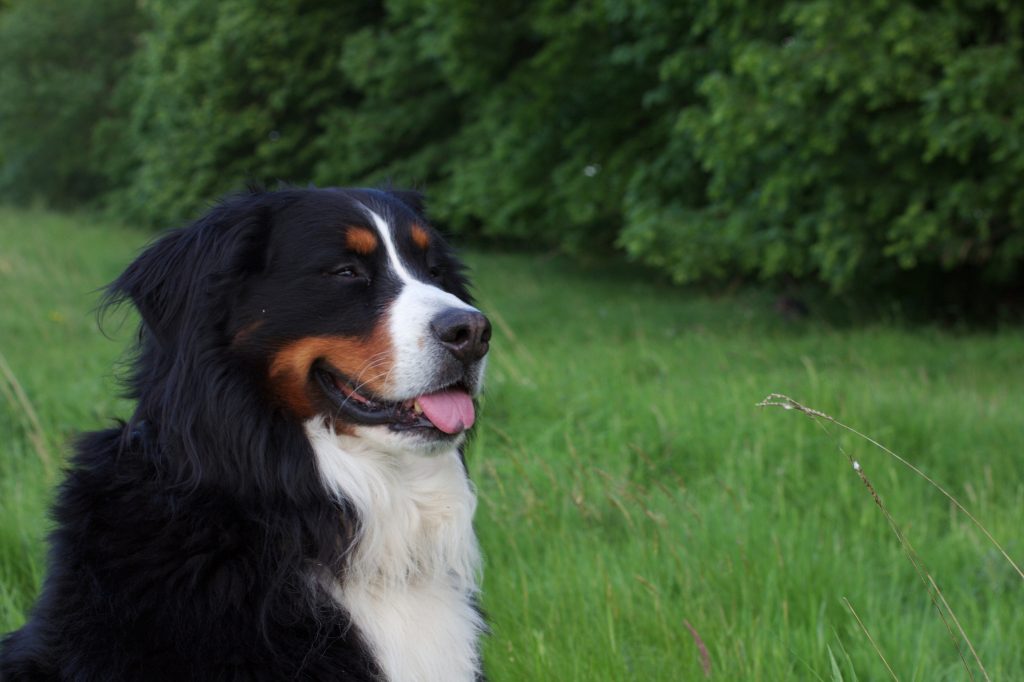 Bernese mountain dogs are known for their large size, distinctive markings, and affectionate and loyal personality. They originally come from the Swiss Alps. 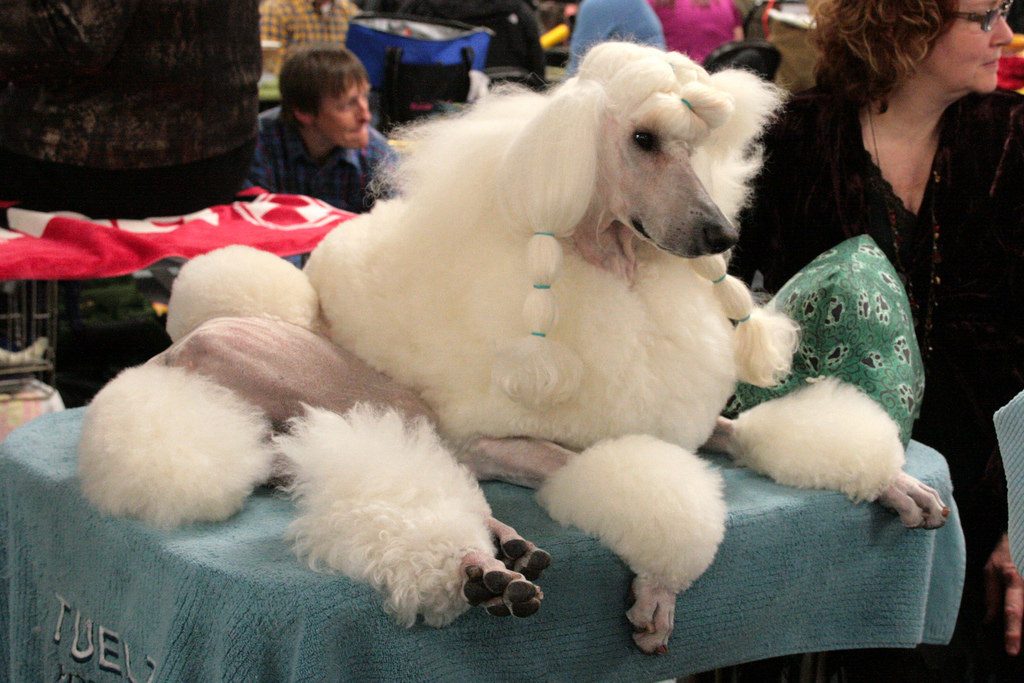 Poodles can sport a number of different hairstyles and looks, from refined to spunky, and have big brains and trainable personalities to back up their ‘dos. More importantly for many dog owners, they have hair instead of fur and are considered hypoallergenic for many people (but not all) who have dog allergies.

Ollie (pictured above) is a Berniedoodle, or Bernedoodle, a mixture of Bernese mountain dog and poodle. Many poodle mixes will inherit the curly coat that poodles are famous for, and means they tend to be allergy-friendly as well as have excellent hairdos. 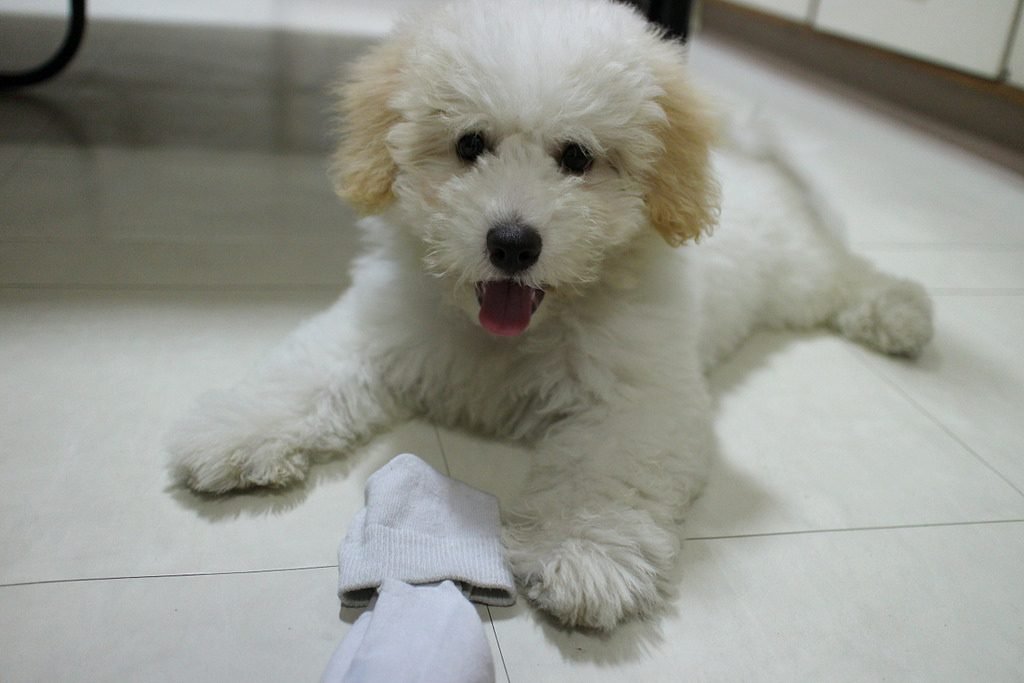 Maltese are another breed that don’t often trigger dog allergies. Their silky white hair and scrunched up, puppy-like face make them perfect models at pet photo shoots. Maltese dogs don’t have an undercoat, and their hair (like poodles and other hypoallergenic dogs) should be brushed frequently to prevent mats from forming.

Pulik (singular: puli) are small herding dogs known for their stylish and unique corded fur. Their coats (which are waterproof) can be kept in the corded style, or they can be cut short or brushed out. They are also known as the “acrobats of the dog world.”

Sometimes their unique locks fall into their eyes. This owner found a creative solution by embracing hair accessories.

It’s hard not to describe a vizsla’s coat and build in terms of expensive, showy cars—sleek, elegant, refined, streamlined, effortless. But these red Hungarian hunting dogs (a breed that has documentation dating all the way back to 1357) are complex animals capable of plenty of goofy antics.

This was a Whiskey kiss between a quick solo hike up and down. I had decided not to go further as it wasn't 100% safe alone, even though my goal was just another 30 mins away. I guess we just gained extra mountain-top cuddle time ???? . .#neverstopwagging #earthrated #earthratedoutdoors #hikingwithdogs

Vizslas don’t have an insulating undercoat, so it’s important to make sure they stay warm. But grooming is relatively easy—just brush once a week or so and bathe them as needed. They might need more baths after swimming in open water during the summer. Their webbed feet make them great partners for impulsive laps in the lake.

; Hes turning into such a beautiful little dog

The Catahoula leopard dog was documented in the United States as early as 1539 and is known as a reliable working breed with fascinating spotted markings.

Harper and I are at @maxlinebrewing celebrating @bounceanimalrescue – please join us! Check out @omkaiyoga for the Puppy Yoga Beer event details. ????❤️????

These dogs have beautiful coats and don’t require frequent, specialized grooming to maintain their look. Fun bonus: Harper (pictured above) is continuing the working dog tradition by training to become a therapy dog at a Colorado yoga studio.

Long-haired Chihuahuas are a wonderful alternative to more high-maintenance long-haired small breeds, requiring less brushing and less grooming than Maltese or Pomeranians. They also have longer legs than the dachshund, so it’s easier for them to keep their hair from sweeping along the ground.

Chihuahuas come in a variety of coat colors and lengths and are one of the most common breeds found in animal shelters in the United States.

Now it's time to say goodbye Tuesday and embrace Wensday. Good night everyone ❤