There isn’t a dog parent among us who, upon seeing those viral videos of dogs using buttons to “talk” to their humans, hasn’t wondered: “Could my dog do that too?” Internet-famous dogs like Bunny the Sheepadoodle and Stella the Catahoula-Blue Heeler mix make talking buttons look both easy and compelling.

But do dog talking buttons really work? Are Stella and Bunny truly approximating human communication, or are there other factors at play? And can any dog learn? To find out, we asked the experts.

Speech-language pathologist Christina Hunger first came up with the concept of dog talking buttons for her dog Stella, and her work inspired Alexis Devine to try it with then-puppy Bunny in 2019. An explosion of interest has followed these pups, as well as an ongoing citizen science study that pet parents and dogs across the country have joined with their own talking button kits.

To teach a dog to “talk,” pet parents typically start with two to four paw-sized recordable buttons that will say a word or phrase when pressed. You record a word you want to teach your dog, label the button, and put it somewhere your pup can push it. Buttons are often affixed to a mat so they stay in a place and an order a dog can remember.

The goal is to train your dog to use the buttons to express themselves. Some buttons signify simple requests, like “outside” or “food.” Others, however, are more complicated, like “love you,” which Bunny popularized. Some dogs have reportedly learned to combine buttons to produce nuanced ideas—for example, “bed + all done + come + outside” to suggest that Stella is done sleeping and wants to go outside.

The Hungry for Words button set created by Christina Hunger.

The project isn’t without critics. Some have suggested that what people see when they watch viral sensations Stella and Bunny are unusually advanced cases—Bunny knows 101 words to date—and also just part of the story. After all, viewers don’t see how many tries and what kind of editing goes into a viral video.

Others say the dogs are showing “operant conditioning”—the pet associates the action with an outcome they desire, rather than understanding the actual word they are using. Devine has expressed that she agrees with this assessment to a point about Bunny’s level of understanding.

For many researchers, all these questions and more are on the table, and answering them is part of the project. The trouble is that public perception of these pups’ skills may have outpaced the science.

What the Experts Say About Dog Talking Buttons

To learn more about what’s happening in some of these viral videos—and how realistic it might be for you to teach your dog a few words or concepts—we turned to certified dog behavior consultant Sara Richter. She sees the buttons as an interesting and potentially fun tool without a lot of downsides.

She points out that our pups are already telling us things a lot of the time, or trying to. “The dogs in our lives communicate extensively with us. They use gestures and sounds to trigger our attention and execute joint attention, in which two individuals coordinate their focus on the same thing or object.”

Given that, buttons aren’t such a big leap. “We have taught dogs to communicate in unnatural ways, such as ringing a bell to go outside. Sometimes, the dog may develop a tactic for communication through experimentation, such as standing by their food bowl when they are hungry.” 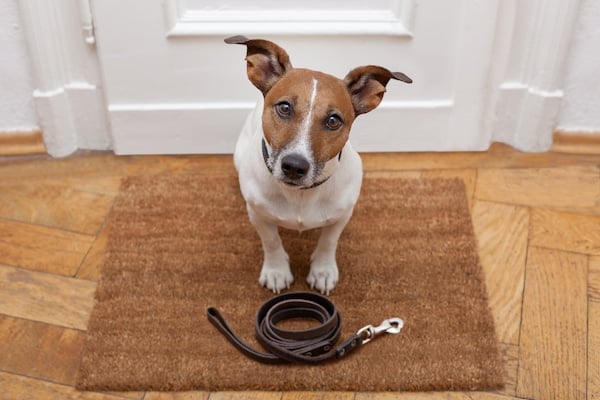 Richter says dogs already use artificial systems to communicate with us. damedeeso via iStock

Buttons, Richter explains, have the potential to allow greater clarity and precision using Augmentative and Alternative Communication (AAC)—the principles that Christina Hunger based Stella’s buttons on, as her book How Stella Learned to Talk documents.

“For example, the dog standing by the bowl can be a somewhat general signal that your pet wants something. The dog may use this behavior to get your attention, but may have a greater desire for a dental chew than a bowl of food.” Buttons can offer a dog a better, more nuanced way to communicate.

But can all dogs expect the success that Stella and Bunny have had?

Probably not. Success in getting dog buttons to work depends on your individual dog—and you. Lots of pet parents find one of their dogs is more interested in the buttons than another, or one pet picks it up much more quickly, despite both receiving the same training.

“The extent of what buttons the dog will use consistently or perhaps understand may depend on your pet’s capacity to understand the associations between the buttons and how they are modeled,” agrees Richter.

But there’s another factor at play too. “The communication strategy that your pet is most likely to use is the one that most often works to their benefit,” she reminds us.

“We cannot dictate which buttons they will use, and it may take a while for them to determine the value of any communication system we impose on them. For example, if we begin with buttons such as food, water, and play, but the dog really values going for a walk, they may not be motivated to push the buttons, or have access to communicate what they really want.”

So a dog’s ability to learn isn’t just about intelligence; it’s also about what a particular dog wants to learn, given their unique goals and preferences.

Final Verdict: Can Your Dog Learn To Use Talking Buttons?

Many dogs can learn to use buttons—and, according to Richter, anyone can learn strategies for helping their pet communicate more clearly and effectively. But what that looks like is going to be as different for every dog as dogs are themselves.

We’ve tried talking buttons ourselves and found them a fun and challenging bonding exercise, particularly if you don’t go in expecting the curated results you see online.

As Richter points out, if you’re up to the challenge, there aren’t a lot of downsides to giving it a shot. Even if you don’t get them working like Stella and Bunny, talking buttons offer pet parents an opportunity to understand their dogs’ unique personalities and needs a little better.

For those who worry that talking buttons are anthropomorphizing pets beyond reality, Richter thinks there’s not a lot of potential for harm. “It fosters a relationship based on empathy. The alternative, removing any chance at communication, has a much greater potential for harm as we may miss out on opportunities to meet your pet’s needs. If we accidentally anthropomorphize because we are trying to better understand and meet the needs of the dog, there is little risk.”

For people interested in giving talking buttons a try with their dogs, Richter has a few tips:

Niki Stojnic has been covering personalities, places, and trends in Seattle and the PNW for 20 years, as a writer and an editor. Her favorite advice of all time came when preparing to visit honeybee hives for a story: “Don’t look like a bear.” She’s the cofounder of Parts & Labor, a bimonthly newsletter about women. She currently lives with a yellow sided green cheek conure, Mango, and recently adopted a sweet rescue pup from Texas, Pepper. 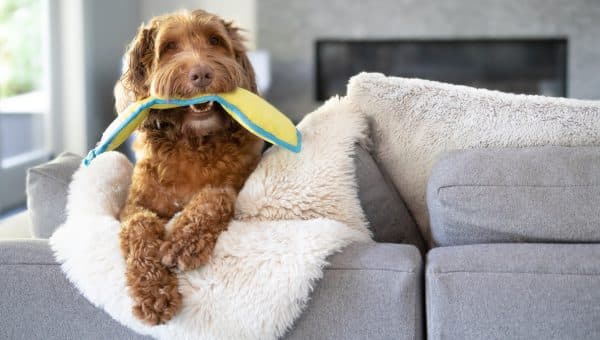 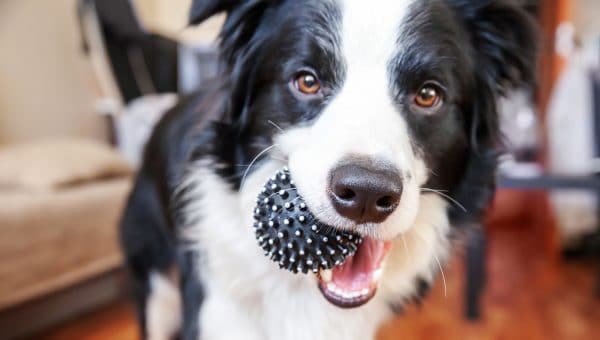 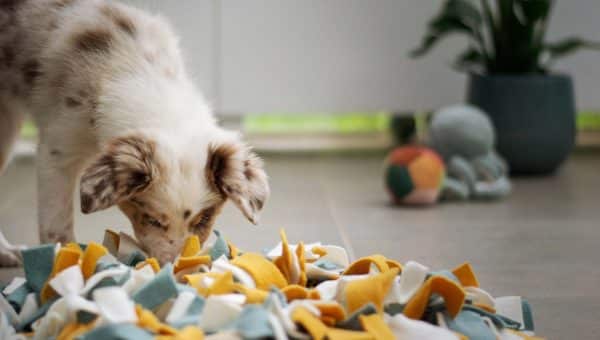