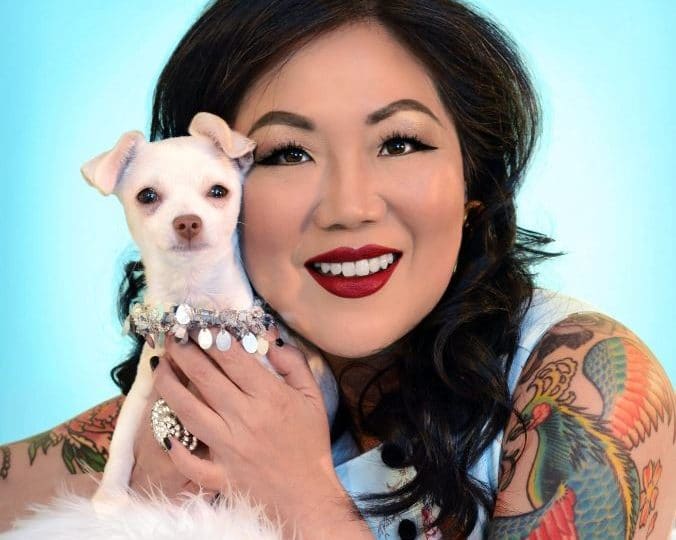 For over 30 years, Margaret Cho has a habit of leaving audiences doubled over and laughing until it hurts. And while known mainly as a comedian, Cho is also an actress, author, and singer. (Check her out singing Pat Benatar’s “Heartbreaker” on The Masked Singer and crushing it.)

With so much going on in her life, she always comes back to her comedic roots. “I travel a lot and still love doing comedy,” Cho said. “It’s just my life.”

This trailblazer is an advocate for many important issues including LGBTQ rights, racial inequality, and women’s rights—the underdogs, so to speak—and she also stands up for rescue dogs.

“All of my dogs have come from either animal shelters or rescue organizations.” 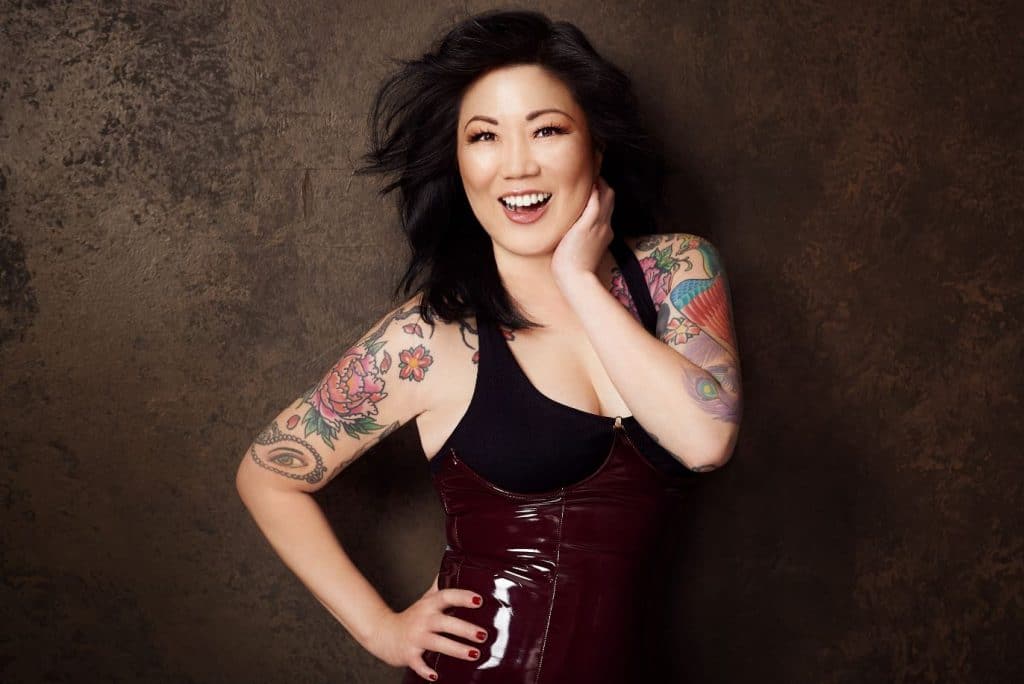 “I’ve always rescued dogs,” Cho said. “There are so many beautiful, wonderful dogs who people leave behind, and they get left at shelters. All of my dogs have come from either animal shelters or rescue organizations. I’ve always had the best luck with these dogs.”

Love my little Lucia ❤️❤️❤️ Show me your canine baby in the comments.

Cho’s life started in San Francisco and included an initial connection to dogs. “I had a rescue dog when I was about 10 years old,” she said, adding that her dog was sick and died early on. She didn’t have another dog until she was 27 when she adopted a large shepherd mix from the West Valley Animal Shelter in Los Angeles. Ralph (pronounced Rafe) was a wonderful dog.

Prior to being adopted, Ralph had a rough life and had been abused. Cho nursed him back to health, even hand feeding him.

“He really grew into a big and beautiful dog, and he was my son,” she said. “He wasn’t a dog. He was literally my child and he understood me.” 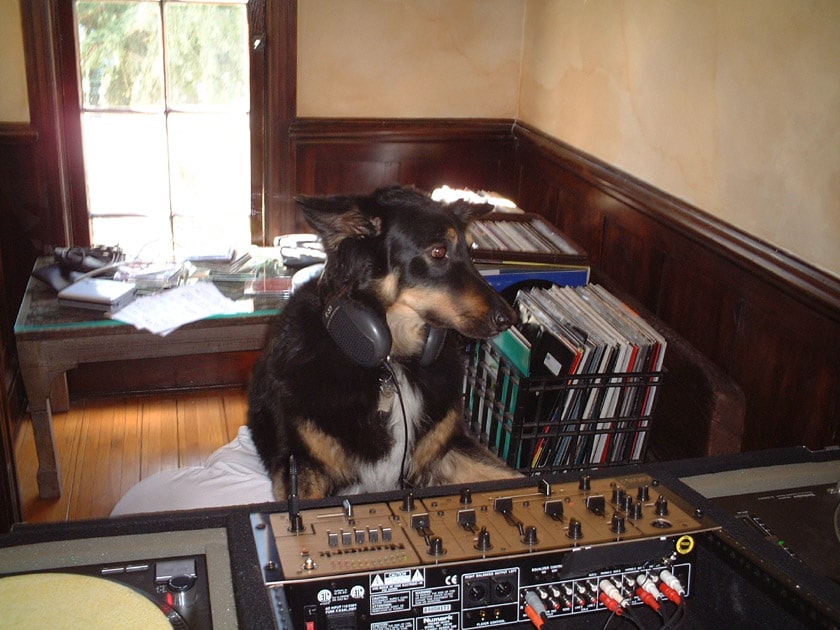 Cho went on to adopt two more dogs. “But Ralph would still act like my child and the other dogs were dogs,” she said.

“I would see him go over to the other dogs and imagine him saying, ‘They don’t allow dogs here. I don’t know how you got in, but you’re going to have to leave,'” Cho said.

Ralph, who was a strong 80-pound dog, lived a wonderful life with Cho for 14 years.

Her strong stance on rescue dogs took hold around the time she rescued Ralph who became “my soul mate and my heart and my everything,” Cho said. “When you bond with an animal like that, it’s really for life. It’s just you and that animal against the world.”

These days, the Cho household is home to a little rescue dog named Lucia. Most likely a mix of Chihuahua and dachshund or Italian greyhound, Lucia has wrapped her tiny paws around the comedian’s heart.

Cho received a photograph of the puppies about a year ago. When she finally met Lucia, she was about 8 weeks old. “She put her snout in my elbow and she fell asleep, so I took her,” Cho said, of the 3.5-pound dog. 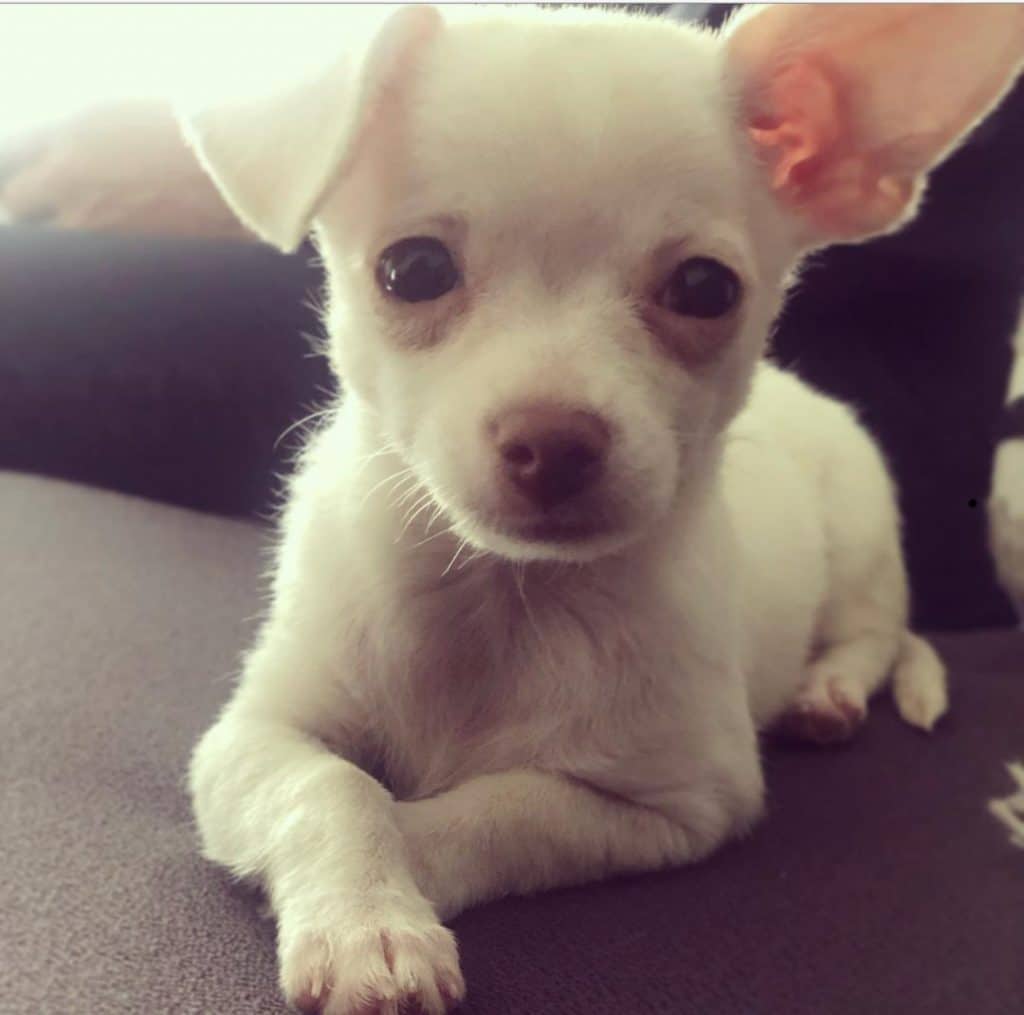 Lucia is living the life now (as it should be for every rescue dog). As Cho’s only dog, Lucia loves to travel, which is perfect due to Cho’s full itinerary. Lucia gets around in a sling that Cho wears to carry her.

She goes everywhere with her mom, from the supermarket and work to just about every place in between. She’s used to being in and around many environments and does well in them all. 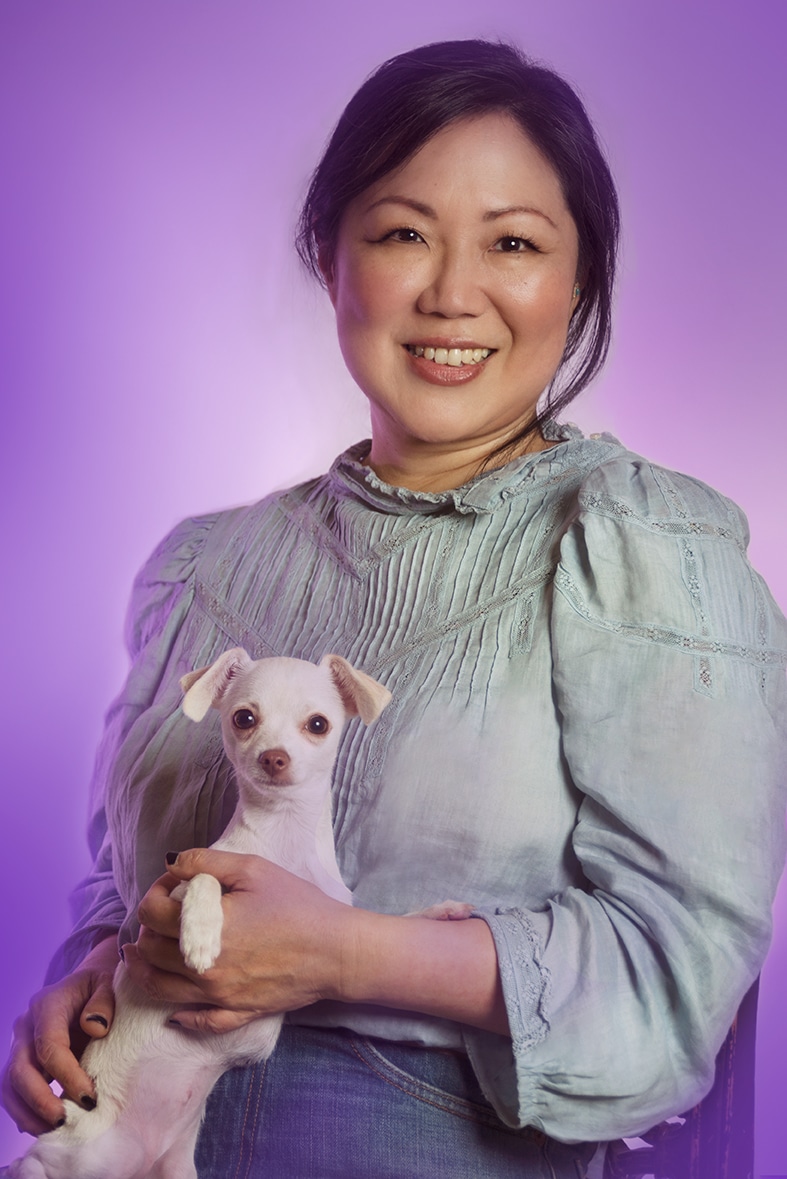 Since Lucia is so quiet, she does well on set, making it a plus for Cho’s career in entertainment. Sometimes people have no idea she’s even there. Lucia is also receptive to people coming up to pet her, and she gets along with most other dogs.

“I think she doesn’t think of herself as a dog,” Cho said. “She thinks of herself as a girl. She holds herself in high regard and higher as she’s in the sling all the time and always looking down on them.”

“She is a diva, but she also is very down to earth and kind of a tomboy too.”

Lucia can go from running in the dirt and getting dusty to donning fabulous dress-up clothes, which is when people love to fawn all over her.

Have Dog, Will Spread the Word

“Everybody knows she was rescued,” Cho said. “It’s very important. You don’t have to go to a breeder or puppy mills; you can actually find a dog like her at the shelter or a rescue organization. And she’s amazing. She’s a great representative for all rescue dogs.”

Lucia brings joy, laughter, and warmth, and Cho enjoys being with her all the time.

Cho will continue to speak up for rescue dogs. “There’s so many dogs who need homes,” she said. “It’s unnecessary to buy a dog and we don’t need to support these industries producing more animals we don’t need. We have plenty of them and so many need good homes and so many dogs need to be loved.”

Through the years, Cho has worked with a variety of rescue organizations including Pug Nation in Gardena, CA, which helps pugs in need find great homes.

“There is a special bond you get with a rescue dog that’s very deep and they just really know and are so grateful and such wonderful creatures,” Cho said. “There’s the perfect dog out there for you and rescue dogs are the best.”

Cho is proud to admit that she is a rescue dog person and will always be.

“Rescue dogs have made my life so much better,” she said. 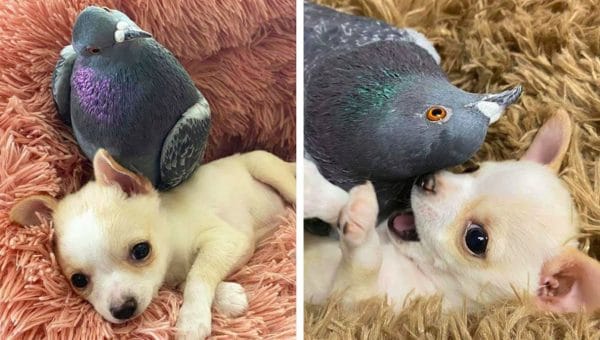