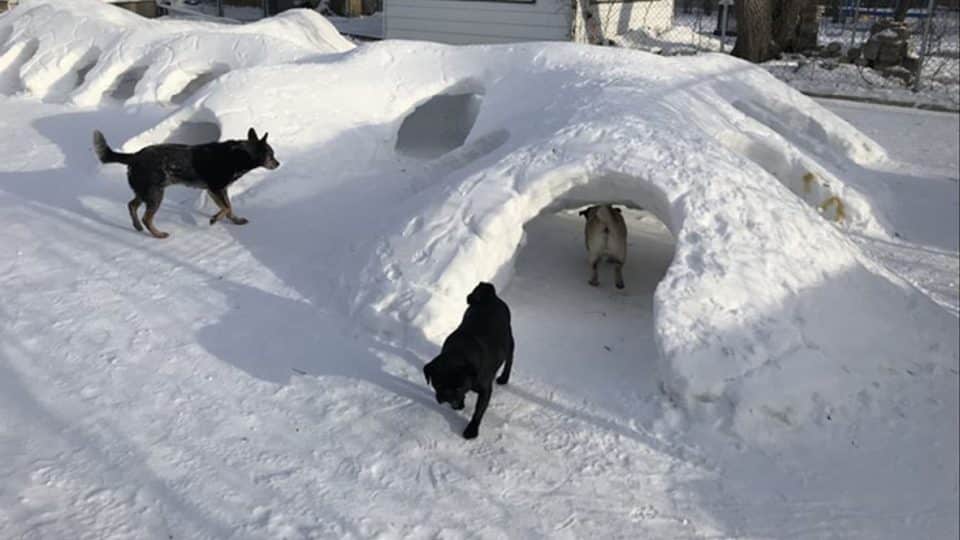 Every winter for the past seven years, dog owner Brian Einerson of Winnipeg, Manitoba has painstakingly crafted a snow tunnel paradise for his three dogs. Tino, Loki, and Sadie can’t get enough of it. His doggy winter snow park recently got some great coverage in the local news and have gone viral thanks to the footage. It’s easy to see why!

Despite the sub-freezing temperatures, the dogs love running through over 60 feet of tunnels and climbing on the rounded hilltops. Even Tino the pug gets to be king of the mountain sometimes!

It’s fun for the dogs, fun to watch, and makes the winter fly by, according to Brian. All it takes is some snow, a shovel, and your creativity.