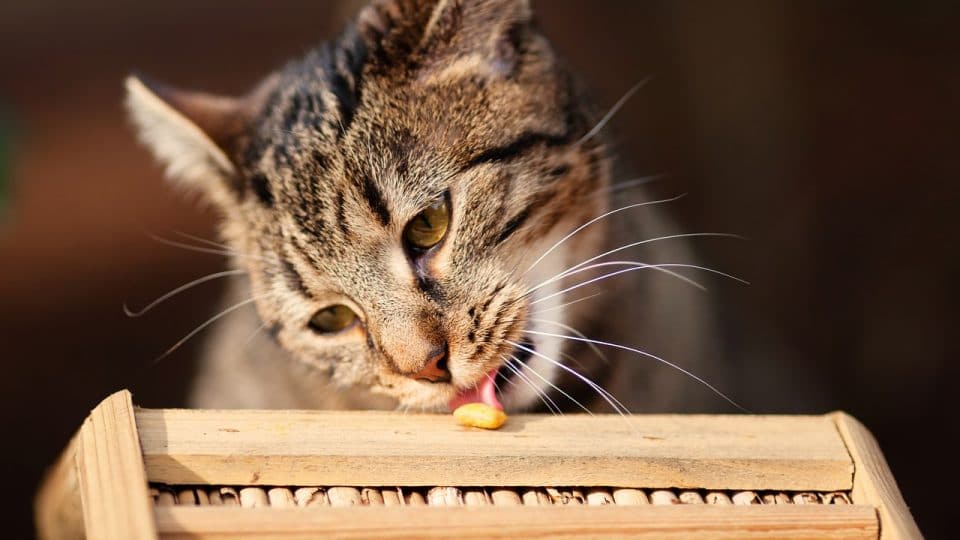 When you’re settling into binge your favorite show, the perfect snack is popcorn. This crunchy and airy crunch is great for film viewing or as an afternoon treat. Popcorn is often a go-to food for people who are watching calorie intake due to its surprising health benefits along with being a temporary filler before a big meal.

During one of our favorite episodes, we might take a big handful of popcorn that causes a few to fall to the floor. If your cat often jumps to eat them, you might wonder: will it cause a stomach ache?

Cats process some “human foods” differently, meaning they sometimes have side effects from normal everyday foods we eat. That said, many human foods are non-toxic and even beneficial to a cat’s daily diet.

Here’s what you need to know about whether cats can eat popcorn:

For humans, this crunchy wholesome snack has plenty of nutritious goodness. According to nutritionists, popcorn is a whole grain food, which means its chock-full of health benefits. Considered one of the best sources of fiber your body could have, popcorn is also filled with vitamins such as B1, B3, B6, and minerals like zinc, magnesium, and potassium.

Popcorn contains polyphenol antioxidants, which have been linked to helping circulation, digestive issues, and reducing the risk of prostate and breast cancer. While polyphenol can be found in many fruits and vegetables, often times this compound is diluted from the water in produce. Since popcorn only contains 4% water, one is getting a concentrated amount of this beneficial cancer fighter. 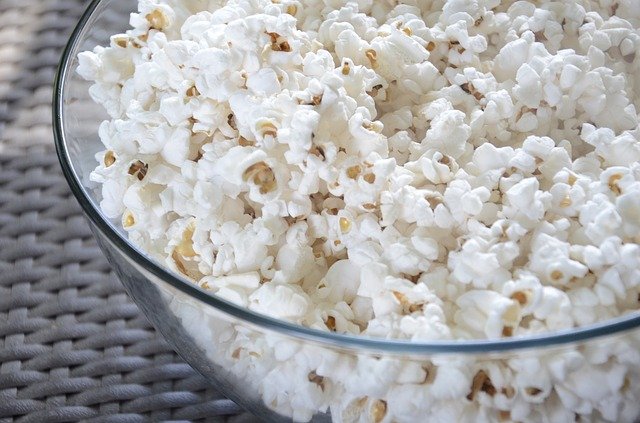 The short answer is: yes and no. Popcorn by itself is non-toxic to cats, but can also be a choking hazard and other health-related issues if made with butter and salt.

Popcorn is not on ASPCA list of toxic foods, but since most popcorn is covered in butter and salt, that can present many health issues down the road. Cats are obligate omnivores, so unlike an omnivore diet with both humans and dogs, cats digestive systems do not digest grains the same way we do.

Gary Richter, DVM, owner and medical director of Montclair Veterinary Hospital in Oakland, California and Holistic Veterinary Care tells Rover, “Cats… have no metabolic/nutritional need for carbohydrates. Small amounts of grains can be OK in a balanced diet but they should be kept to a minimum.”

Another problem with popcorn is the prepackaged, microwavable varieties found in most grocery stores. Though they are a convenient snack, many microwave bags have perfluorooctanoic acid—we won’t make you say that twice—which has been linked to ADHD and thyroid problems in humans.

Microwavable popcorn also usually has a large amount of artificial butter. Artificial butter contains diacetyl, a chemical that has been shown to cause lung disease in animals if they breathe it in.

Will the occasional fallen kernel be a problem? Probably not. 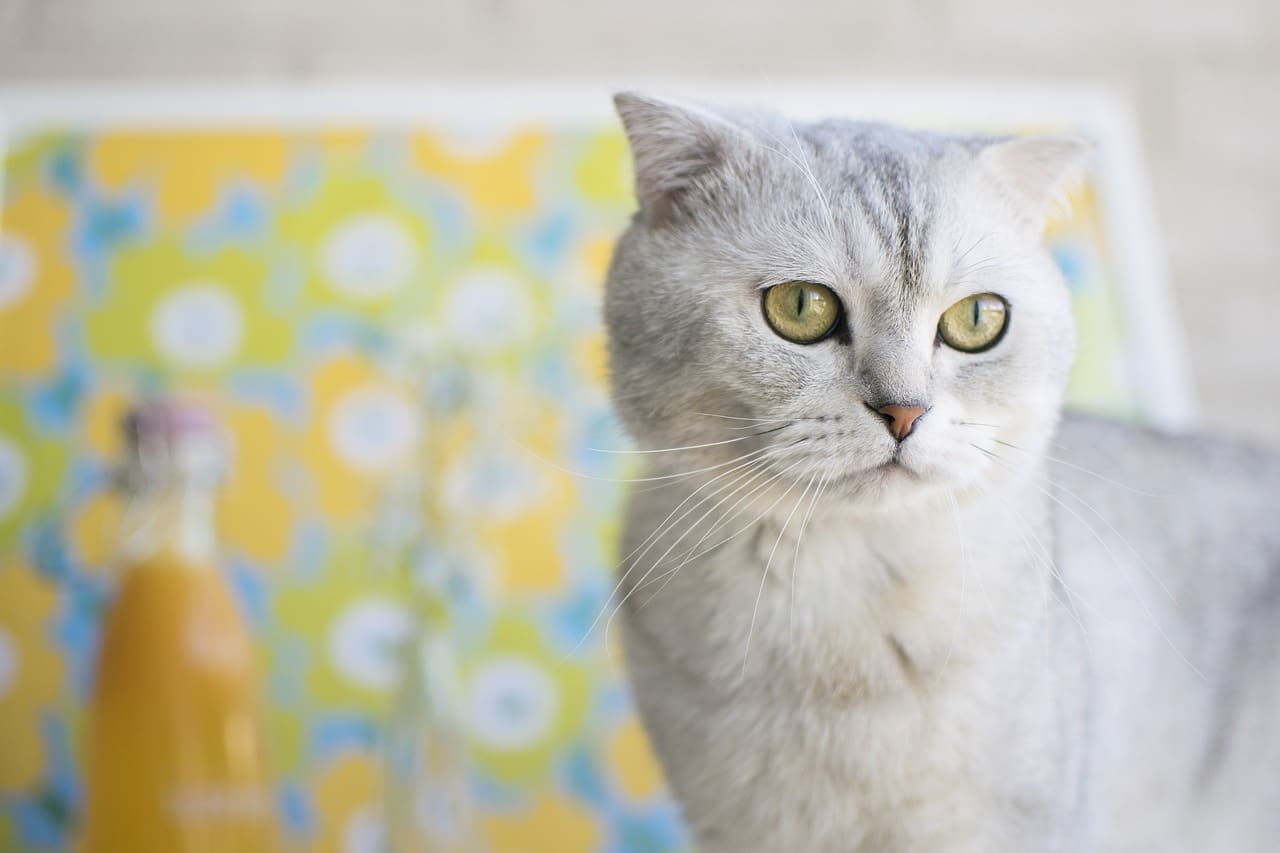 Much like popcorn, if it’s covered in salt and butter, do not feed your cat corn.

However, cats like certain textures. According to PetMD, whole grains like corn are okay to give in small doses in the form of cornmeal, polenta, oats, barley and wholewheat breadcrumbs. As long as these are fully cooked, these wholesome foods are easier for a cat to digest and hold some nutritional benefits.

That said, your cat should mostly be eating balanced cat food that is a majority animal meat.

If you’d like to experiment with some alternative treats, consider vegetables. “Pet owners can always try to give vegetables to cats in food or treats. Not all will eat them,” Dr. Richter says. “There certainly are good nutrients in vegetables when part of a balanced meal.”

Testing out different healthy snacks for your cat can be a fun bonding experience between you and your feline friend. However, popcorn, corn, and other vegetables should never be a meal replacement. As carnivores, cats need their nutrients from properly formulated cat food.

So yes, if you and your cat are having a cuddle session on movie night, no need to panic if they scoop up a kernel or two. Cats can eat corn, but only a little bit. 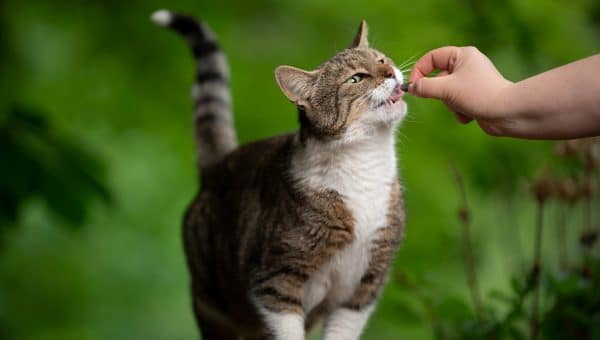