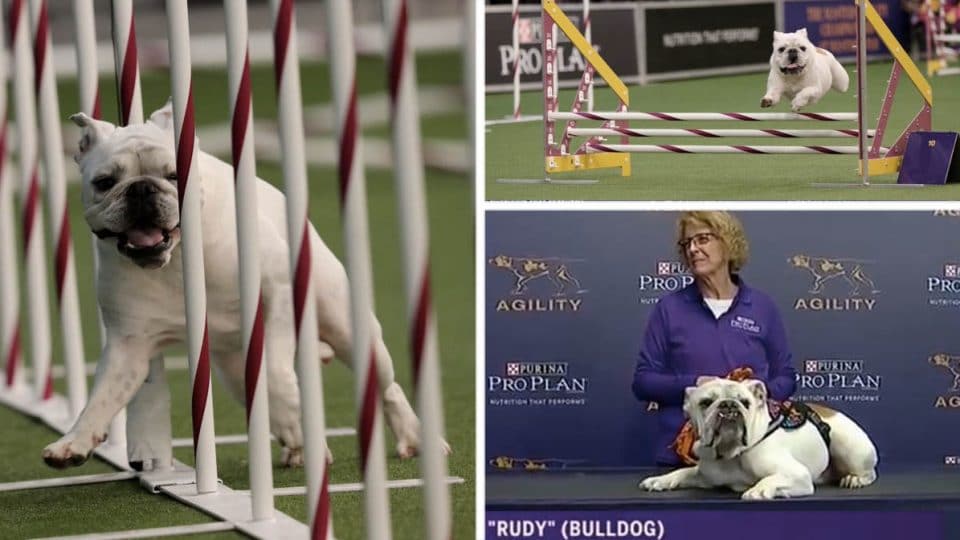 Short and stout, Rudy, the English bulldog, is not the type of dog you’d expect to see flying through the air with the greatest of ease on an agility course. But this chunky little speed demon lives to defy expectations.

Rudy — full name Von Rudolph Augustus Perkins — surprised and delighted the crowd at the 2019 Westminster Kennel Club Masters Agility Championship with the speed and determination he brought to the field. 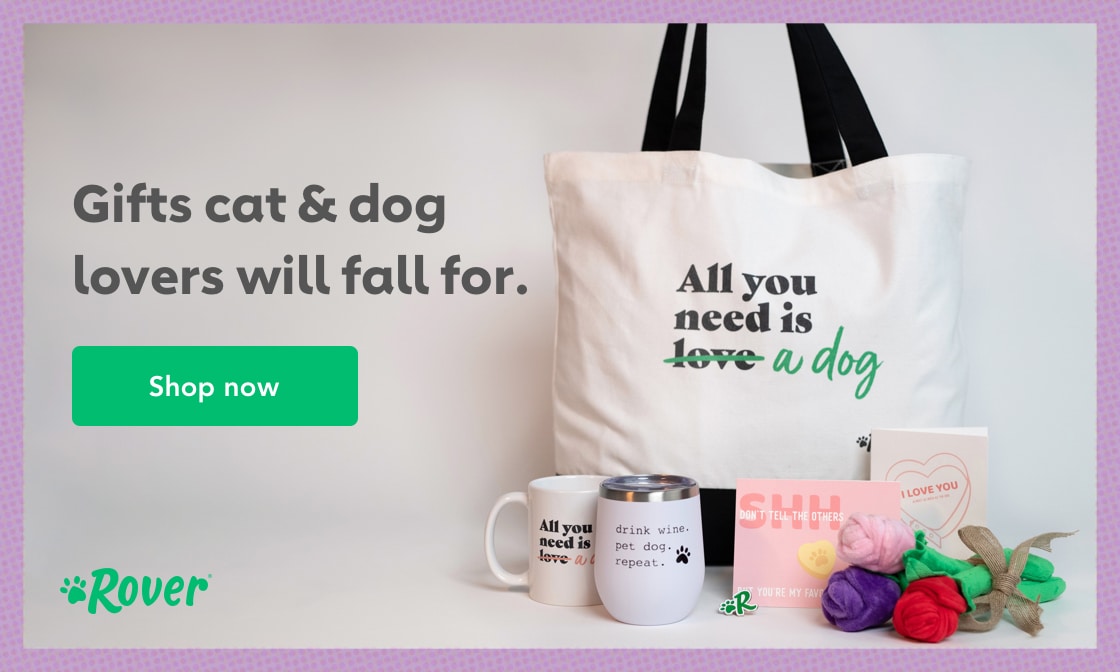 Rudy, 6, and his handler and dog mom Debra Perkins, of Ostrander, Ohio, took to the course in the 16-inch class running at the height of 12 inches.

This is the face of “don’t judge a book by its cover” personified (or bulldogified). #RudyTheBulldog #Westminster #Bulldog pic.twitter.com/u1IMxfolxr

After waiting for the signal, off Rudy went like a shot. Perkins ran alongside Rudy, guiding him through the course, including a hoop, balance beam, jumps, tunnel, weave poles, and a teeter-totter, much to everyone’s astonishment and delight.

Taking on the weekend like #RudytheBulldog! Watch Rudy's run and more of the #MastersAgilityChampionship preliminaries on our YouTube channel: https://t.co/aIKpgaL774 pic.twitter.com/BRDoPOowx0

The announcers were so impressed that one exclaimed, “Rudy’s got some motoring skills!” And motor he did. The bulldog ran a blazing fast (for a bulldog) time of 46.63 seconds with one fault, which pushed his final time to 51.63 seconds. 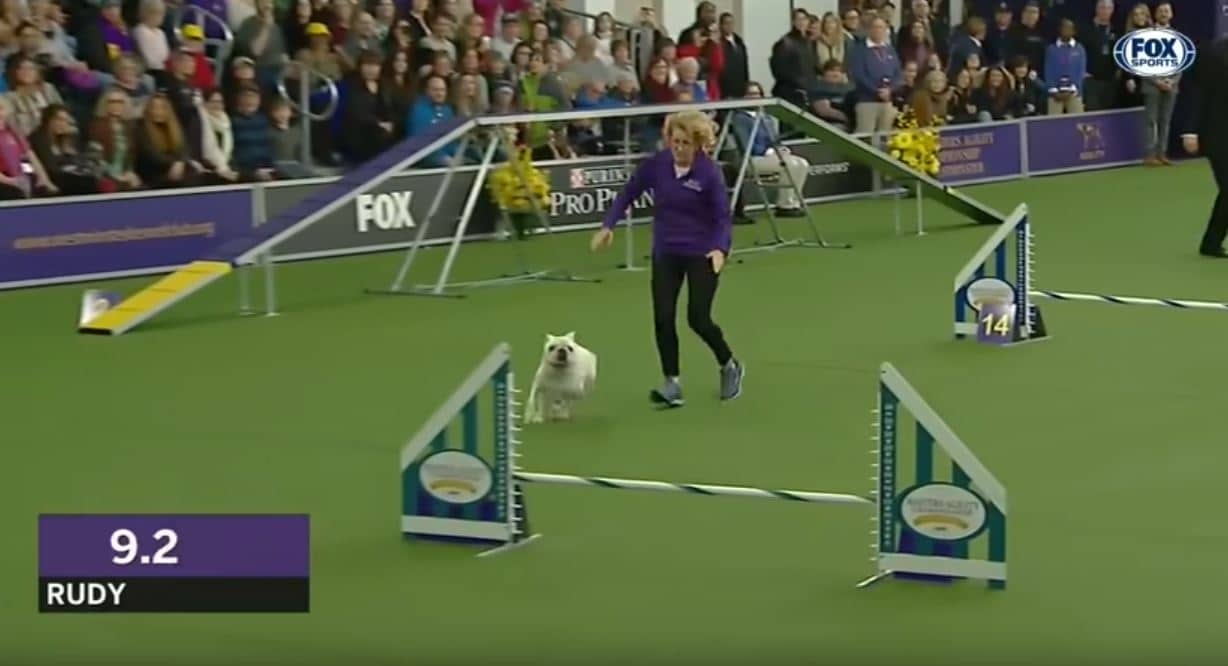 Back home in Ohio days later, Rudy and Perkins were featured on Good Day Columbus where Perkins talked about how Rudy has been training since 2013 on a daily basis and running every weekend since.

He started agility at his obedience instructor’s suggestion. At first Perkins was reluctant because bulldogs and agility didn’t seem to be a thing. Now four years later she is happy she listened. The pair are still at it and going strong.

I Got This, Mom 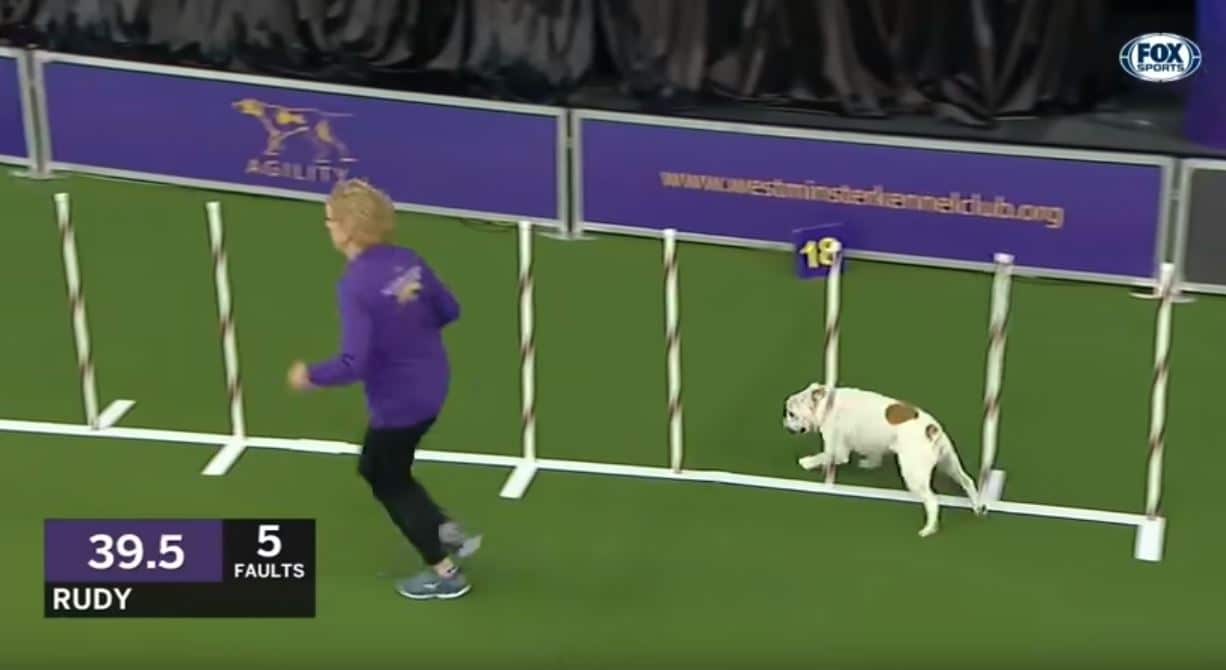 Bulldogs aren’t the only unexpected dogs on the course these days. Even a bullmastiff was in on the fun at the Rocky Mountain Dog Show, even though he was just ever so slow!

Rudy’s debut at Westminster proved that any dog could enjoy the sport of agility. Just maybe not as fast as a border collie. Rudy, you’re the winner of our hearts. And remember Rudy, tomorrow is another day.

Be sure and tune in to the Westminster Kennel Club 2020 Agility Competition on Saturday, February 8th. 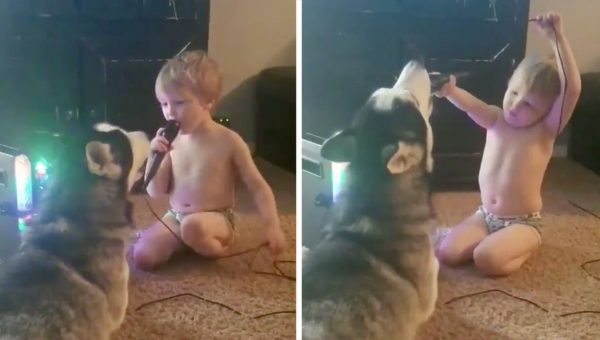