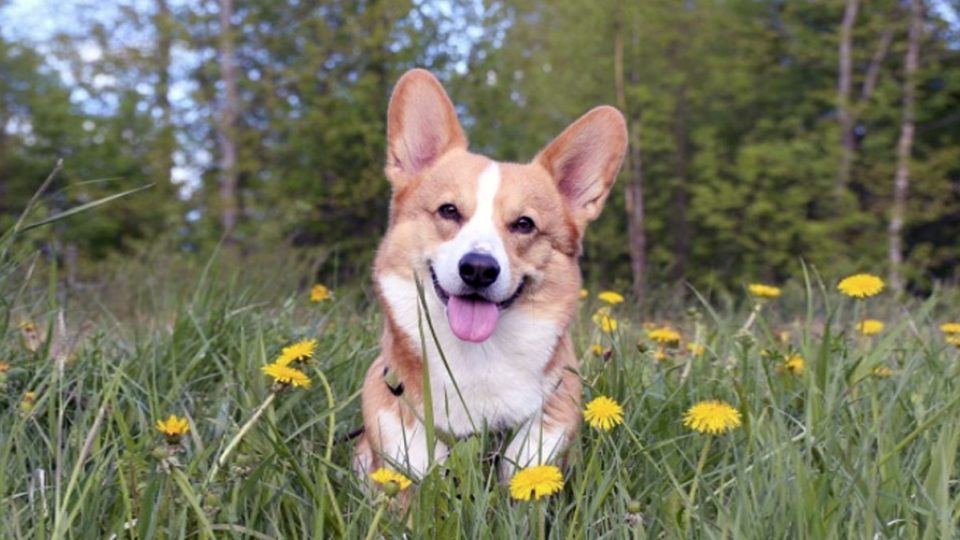 Smart, alert and outgoing, the Corgi is small but mighty. Corgis come from a long line of working dogs bred for cattle herding, and they still have that herding instinct today. At home, they’re constant companions who love to follow their family around and get them all in the same room. They’re friendly, loyal, and loving, but not above nipping your ankles to get you moving in the right direction.

Read on to learn more about this well-loved dog breed, and find out whether a Corgi is right for you. 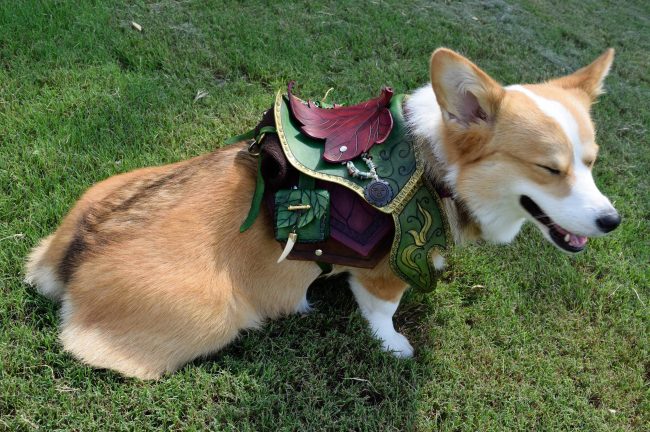 When we say Corgi, we’re actually referring to two separate breeds of dog: the Welsh Pembroke Corgi (originally from Pembrokeshire, Wales) and the Cardigan Welsh Corgi (originally from Cardiganshire, Wales). A Pembroke is the smaller and most popular of the two breeds, and the Cardigan is larger and (according to some) a little less high energy. Both are short-legged herding dogs, with a medium length double coat that is resistant to both water and dirt. Corgis can weigh up to 38 pounds, and a typical Corgi lifespan is 12-15 years. Cardigans tend to weigh more and live longer than Pembrokes.

According to Welsh legend, the Pembroke Welsh Corgi was the enchanted dog of fairies who would use them to pull tiny coaches. The Corgi’s markings over the shoulders and withers (on the back, between the shoulder blades) is known by some as a “fairy saddle.”

A more likely reality is that the dog was brought to Wales from Scandinavia or Continental Europe. Some say the Corgi arrived with the Vikings as early as 800 A.D. Others claim it was Flemish weavers who introduced the dog to the Welsh in the 12th century. The breed is related to the Samoyed, the Chow Chow, and the Finnish Spitz.

Although tail and ear docking (i.e. surgically cutting) are banned in many countries, in the United States, Pembroke Welsh Corgis are still often docked for cosmetic purposes (to achieve a short nub of a tail), and a docked tail is often a requirement when competing in dog shows. Docking is a controversial procedure, and not recommended by the American Veterinary Medical Association.

According to the American Kennel Club (AKC), Corgis are smart, agreeable, and alert: all great qualities for a herding dog. Because of their intelligence, Corgis are also easy to train. However, by the same token, Corgis need a consistent leader, because their heightened awareness will also help them find loopholes to your rules, and predict when you won’t follow through.

Corgis are herders. You don’t need livestock to own a Corgi, but they don’t love it when their family is scattered throughout the house. Most Corgis crave everyone in the family to be herded into the same area.

For that very reason, a Corgi is perfect for someone who wants a constant companion. Corgis love to follow their owners through the house, and will follow you wherever you let them. And fortunately, they don’t often suffer from separation anxiety.

Some behaviors to watch out for: barking and nipping. Barking is very typical for a Corgi, and although you may be able to train them not to continue to bark (especially if you acknowledge what they’re trying to alert you to), an initial bark, whether it’s because of a stranger walking by your home, or to encourage you to throw a frisbee, is normal and expected. You might also come to love the Corgi’s wide range of expressive vocalizations. Some dog owners affectionately refer to these as Chewbacca sounds.

Although nipping is common among almost all puppies, Corgis are especially prone, and can nip quite hard, because these small dogs were specifically bred to nip at the heels of cattle to herd them. Diligent training, starting from when your Corgi is young, should help curb any unwanted nipping.

As a true dwarf dog breed, a Corgi’s stature can lead to health issues. Some health conditions more common in Corgis are hip dysplasia, Von Willebrand’s disease, degenerative myelopathy, and eye issues such as progressive retinal atrophy. When buying a Corgi puppy, check with the breeder about any potential health problems in their dogs’ bloodlines, and genetic testing.

Corgis have a robust appetite, so it’s a good idea to watch out for excessive weight gain. You can offset the risk by encouraging daily exercise, which will also satisfy your your dog’s desire for lots of movement. Just be sure to bring a leash, and establish a secure fence around your property to prevent your Corgi from getting carried away and running off.

Let’s put it this way: Corgis aren’t always shedding, but when they do, it’s a lot. You can expect a small amount of shedding year round, and two big blowouts a year. But grooming your Corgi doesn’t have to be laborious. Brush regularly to keep it under control, and bathe as needed.

Another grooming-related note: since Corgis have short legs, you can expect them to come home with wet bellies, especially if you’ve been out puddle splashing. It’s good to keep a towel by the door to wipe off any moisture your Corgi might bring in, and to brush off any dirt, sand, or mud. That miraculously resistant coat sometimes means that the mess ends up on your carpet instead of the dog.

For the Corgi obsessed

Did you know that Corgis (and Corgi-Dachshund mixes called “Dorgis”) have been faithful companions to Queen Elizabeth II of England for decades? And the Corgi obsession isn’t just a British thing. More recently, Corgis have become Internet famous for their uncanny resemblance to a loaf of bread, and their annual beach meet-up in Southern California. Know a Corgi lover who needs a gift (maybe it’s you)? Check out our gift guide for the Corgi person you know.