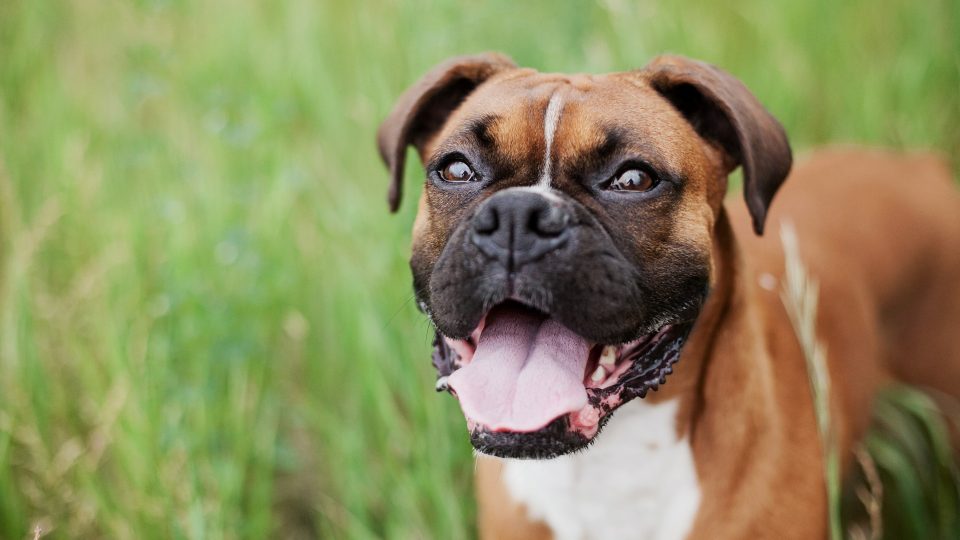 Beyond the fact that boxer faces are undeniably adorable and impossible not to love—yes, it is a fact—they rank as one of the most popular dogs in the United States for many reasons. Boxers are fiercely loyal, intelligent, and just about the sweetest friend a human could have. Don’t believe us? We’ve got nine ways to show you.

2) A boxer is always down to play.

This guy is going to find those hidden treats. No, really. He will do whatever it takes!

? I hid the treats under the bed…

Their cheerful, inquisitive nature means they love to be silly, to explore, and to play games. Teach a boxer a few party tricks, and they’ll be happy to show off for their admirers.

4) Boxers just want to hang out with you.

A boxer is a champion snuggler. In fact, many owners report that their boxer loves to be held like a baby.

5) Boxers can be very patient.

If someone stole our treasured bone, we’re not sure we’d be quite as patient as Pepper has been with his baby friend. That’s a lot of love. And patience. This same ability to wait translates to occasional stubbornness, of course!

He’s just going to go ahead and keep showing off his handshake skills until someone gives him a treat.

7) Boxers have your back.

Boxers were bred to be working dogs, including guard dogs, and they take their responsibilities seriously. They’re protective of their families, which means they’ll need plenty of socialization as puppies. Expose them to many people and dogs early to temper their guardian instincts. 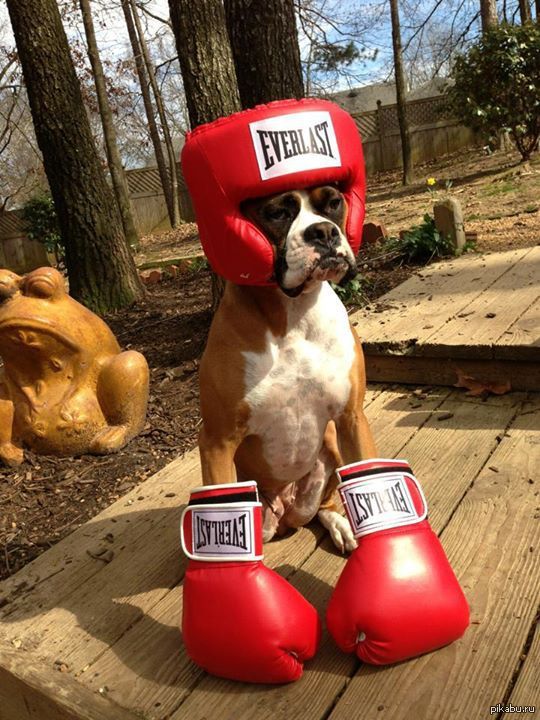 8) Boxers have plenty of energy.

Someone is excited to go for a walk.

9) Did we mention that boxers love their families?

One more boxer/baby video, for good measure. Fair warning: they hold hands. It’s almost too much.

The boxer has a long and storied history. Bred as a guarding and hunting dog, the boxer was popularized in Germany—but hails from Central Asia. The boxer’s ancestors are thought to be the war dogs of the Assyrian empire. Brought to Germany as hunters, their larger predecessors were used to hunt large game (think bison and bears!) However, by the late 1800s, these hunting dogs were crossed with smaller mastiff breeds.

The modern boxer became popular in the United States when Bang Away, a boxer, won Westminster in the 1950s. Bang Away was a national celebrity, and ever since then, the boxer has made the top ten list of registered dog breeds.