When it comes to getting—and keeping—your dog’s attention, it can be easy to feel like it has to involve bigger and louder noises. A ball that rattles? OK. The most high-pitched squeaker you can find? Sure. A puzzle they can knock all over the living room, bumping it into walls… well, if it keeps them entertained.

That’s maybe why so many dog owners love the option of crinkle toys instead. Especially for pets who always seem to go after plastic bags or paper, pouncing and crunching on them until you take it away (really, dog, you can’t eat plastic), crinkle paper is just as stimulating for them, but less of an earache for you.

Ready to see if your dog is all about the crinkle? These are the best crinkly dog toys available right now. 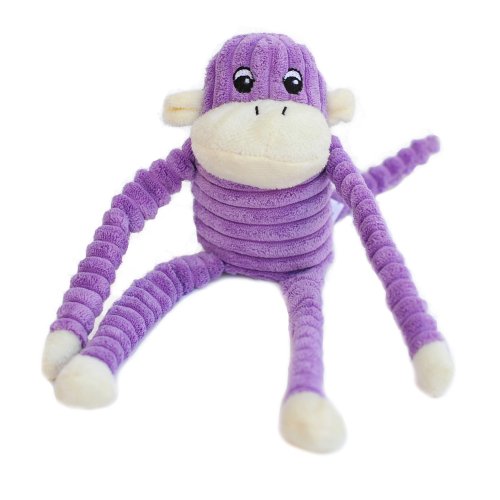 For dogs that are stimulated by all kinds of sounds, this sweet monkey has crinkle arms, a rattle and a squeaker. And it comes in sizes small, medium, and large, for every type of dog.

Helpful review: “I have a pug who loves to pull the stuffing out of toys. This toy is nice because it’s well built and not so stuffed. It has a squeaker in the mid-section that has held up to some hard chewing. The legs, arms, and tail are skinny and crinkle—they hold up tugging. This is one of the first toys that she has had that hasn’t had to make a trip to the infirmary within the first week. She has had this for more than 6 months now and it’s still going strong. I’ll probably buy another one when her birthday comes around.” 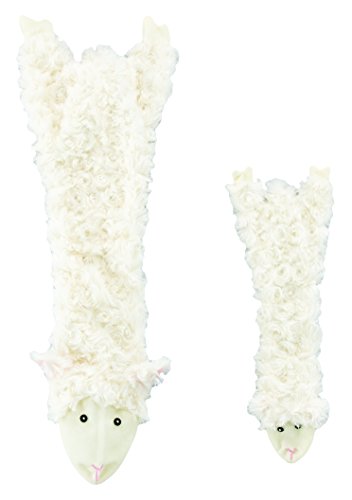 When you’re tired of cleaning fluff up around the house—and maybe a little worried about your pup’s digestive tract—stuffing-less toys like this one come to the rescue. The crinkle sounds inside keep your dog entertained, but they tend to last a lot longer than plush toys.

Helpful review: “Cute toy, our border collie loves the crinkle, and the soft feel. She is a sucker for anything soft, which is not good for our socks. We have thrown this toy through the wash several times, even the dryer sometimes, and no problems.” 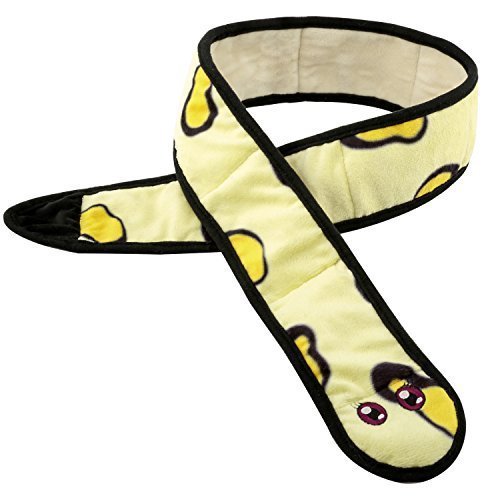 Best for small to medium dogs, this “snake” is essentially two long strips of attached fabric with crinkle paper sandwiched in between. With no squeaker, your pet can have a great time without driving you up the wall. This toy is also great for a game of tug of war between you and your pup.

Helpful review: “I have two very aggressive chewers that will disembowel every toy known in order to remove the squeaker. Well, they have met their match with this toy. They just love the crinkle sound, and they each grab an end and play tug o war with it. I have had it for many weeks now, and this is their go-to toy.” 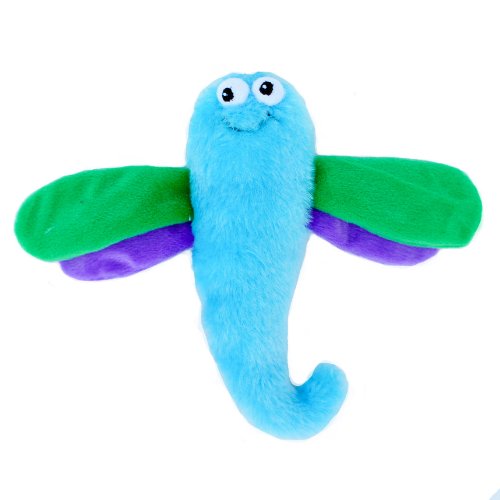 A squeaker, stuffing, and crinkles in the wings of this dragonfly give a multisensory experience for any dog. Plus, it’s pretty darn cute. That said, it’s small, so best to give this one to puppies or small to medium-sized dogs.

Helpful review: “Bought for a small breed puppy who liked the sound of plastic bags. She kept trying to play with them. So the crinkly wings on the dragonfly were perfect! I thought it was going to be too big, but she loves it. It’s been a month, she’s a 9lb papillon.” 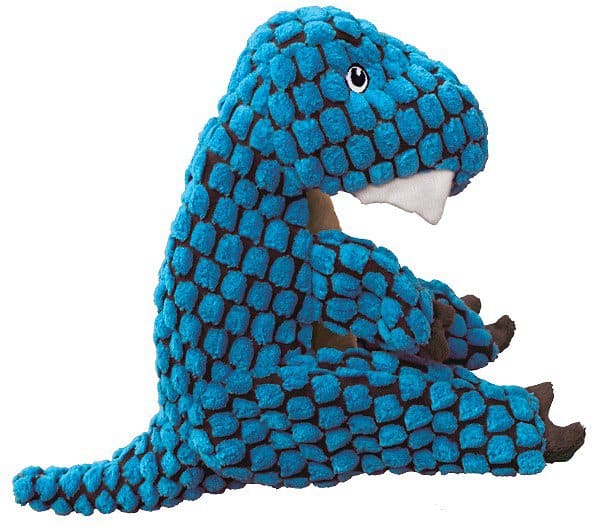 It’s not just the crinkles and squeaker inside of this toy that get your dog’s attention, but also the different textures of the fabric on the outside of the toy. This dino is made with reinforced lining to help it last longer, and comes in a small and large size.

Helpful review: “Our pitty LOVES his dinosaur. This is actually his second one, because he loves it so much. Now, first dinosaur died relatively quickly, but our dog’s nickname is Petoskey the Destroyer… he is REALLY good at tearing apart toys and sticks :) He really likes the kind of nubby fabric, and the crinkle noises it makes.”

Does your dog destroy every toy you give them? If so, then it’s time to check our top picks for chew toys for aggressive chewers.