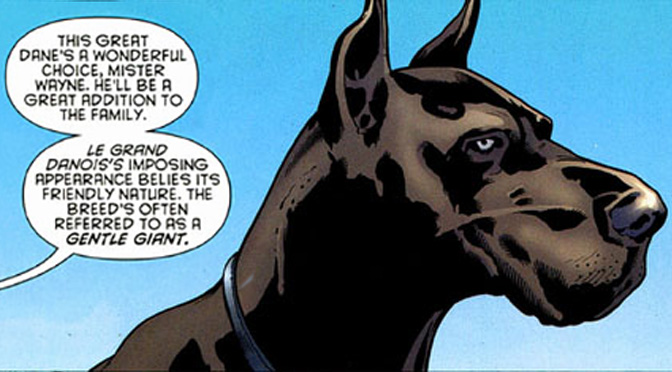 Whether you prefer your Batman in comic book, cartoon, or movie form, you’re probably asking yourself why you haven’t named a dog in honor of one of Gotham City’s many fine denizens. Aren’t you? Well, you will be after reading this post! Batman dog names go way beyond just ‘Batman’ (though that has potential…)

Titus or Ace would be at the top of the list for obvious reasons, but what about naming your fuzzy friend after Dick’s daffy Aunt Harriet? Or perhaps a super-villain is more to your taste. How about Mr. Zsasz? Or Colonel Blimp? The possibilities are nearly endless. Here’s a selection of fantastic Batman-themed dog names along with the dogs most suited to them to spark your creativity.

The Batarang is a Batman insignia-shaped boomerang.

Batarang is a perfect name for a small, speedy herding breed type who always comes back to you. Or around you.

Baby Bat is the son of supervillain Manbat. 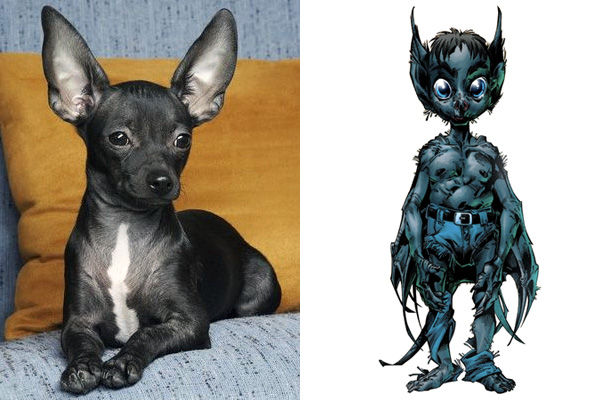 Baby Bat has to be the perfect name for a Chihuahua, Mini Pinscher, or tiny Boston Terrier who is all ears.

Ace the Bathound is Batman’s faithful dog. Ace was a German Shepherd in the 1950s-era Batman comic books, but has had various incarnations throughout the years. 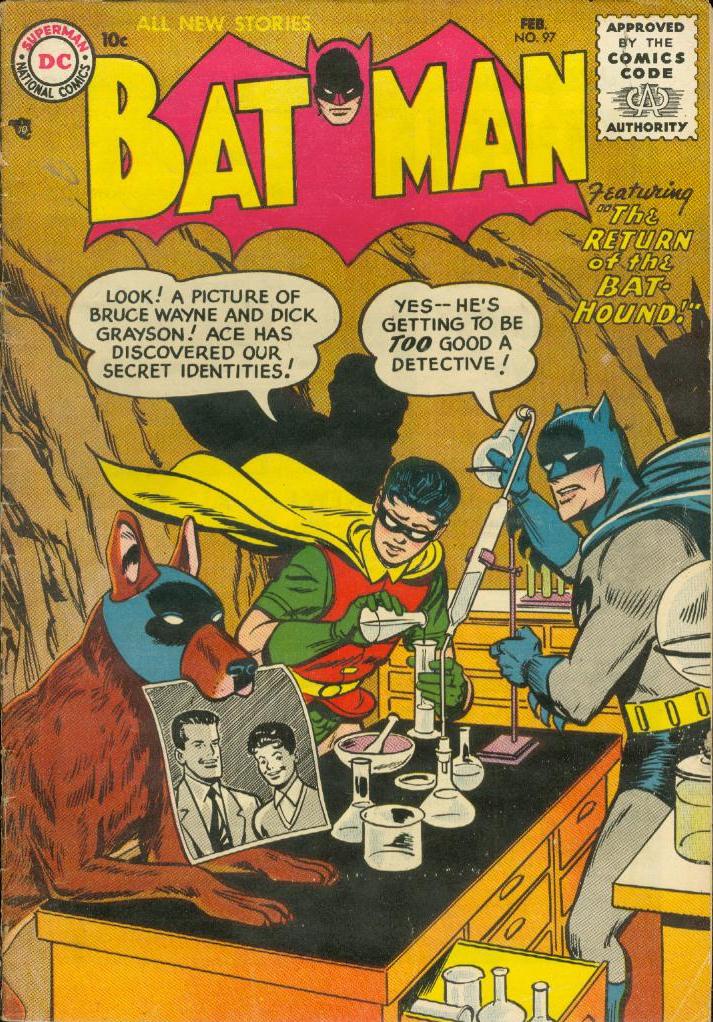 Ace the Bathound is an all-around perfect name for a super sidekick dog of any shape or size.

Bruce Wayne’s Lamborghini in the Christopher Nolan movies is a Murcielago, which is Spanish for ‘bat.’ So, basically this is the Dark Knight’s plainclothes Batmobile. 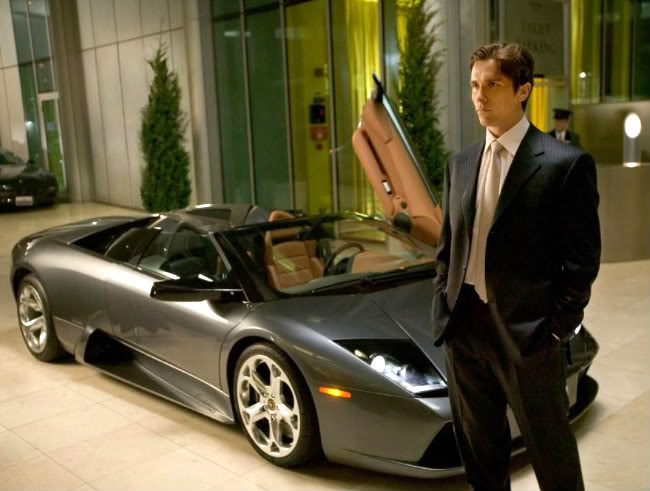 A great name choice for a sleek greyhound or perhaps a bat-eared Chihuahua could be Murcielagito.

Dick Grayson, Batman’s first sidekick to hold the name Robin, came from a family of acrobats known as ‘The Flying Graysons.’ Dick goes on to become superhero Nightwing. 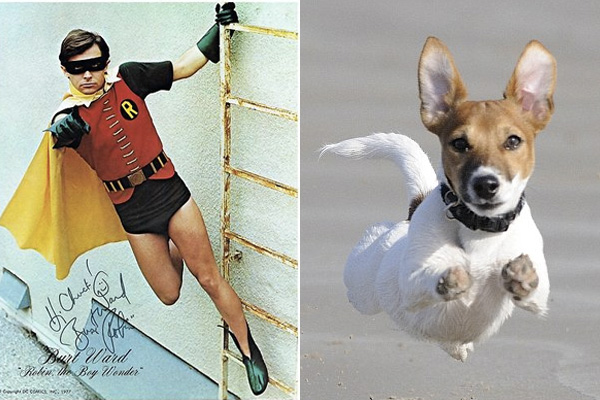 Scrappy and agile, Robin is a great name for a terrier. 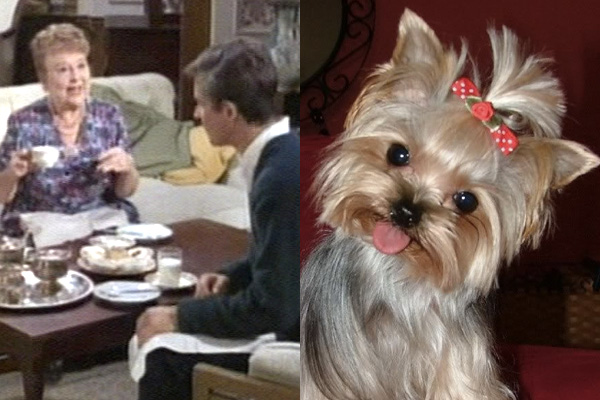 The bouffant hairstyle and trusting disposition of the Yorkie makes this a great Batman dog name for Yorkshire terriers.

Titus the Great Dane belongs to Bruce Wayne’s son Damian (although they had a rocky start.)

Titus is a great name choice for a Dane or any other giant breed dog.

Alfred is the crafty valet/butler who supports Batman in both his personas with his varied skills. He is Bruce Wayne’s legal guardian after the passing of his parents. 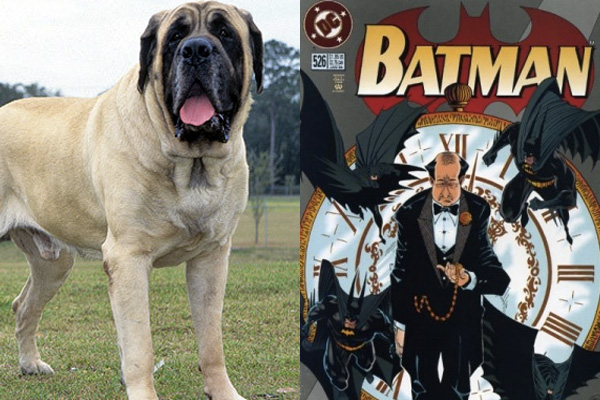 Alfred is the perfect name for a dignified yet powerful large breed dog, like the English Mastiff here, or perhaps an exceedingly sassy pug.

Silver is a wealthy socialite who has dated Bruce Wayne and knows his secret identity. 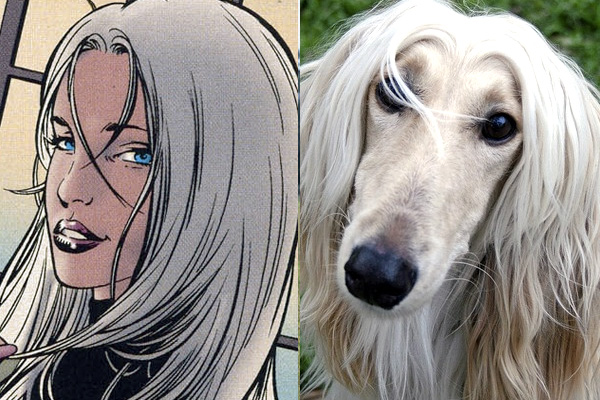 A perfect name for an Afghan Hound, Saluki, or sleek Weimaraner.

The Huntress is a tough girl vigilante who grew up abused in a mafia family. She fills in for Batgirl for a time. 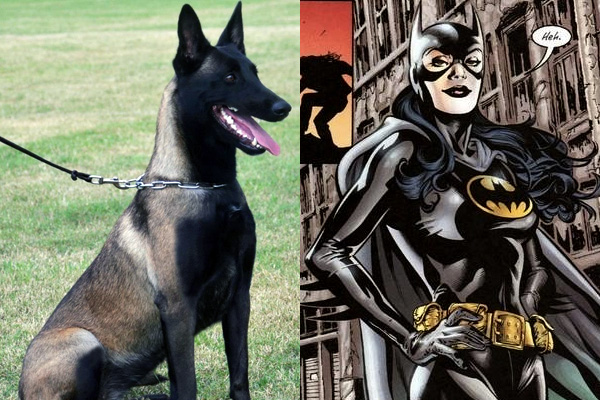 Huntress is a wonderful name for a Belgian Malinois, Doberman, German shepherd dog, or other protection breed.

Vesper Fairchild is a TV and radio personality who dated Bruce Wayne. 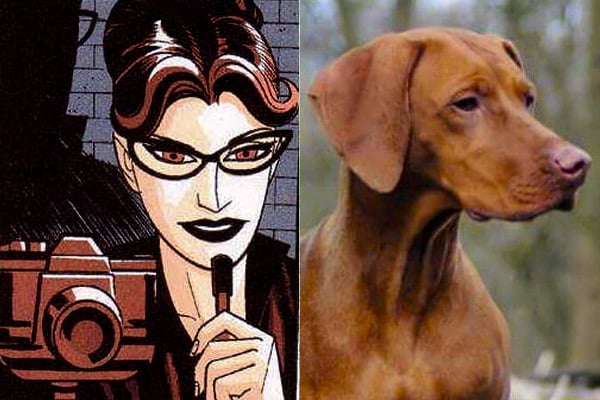 Vesper is a the perfect Batman-themed dog name for redheads like Vizlas, Irish Setters, or duck tolling retrievers. 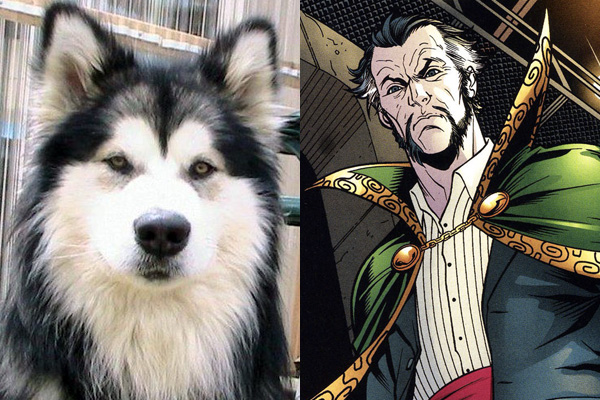 Born on the mean streets of Metropolis, Bruno has spread his crime syndicate to Gotham City. 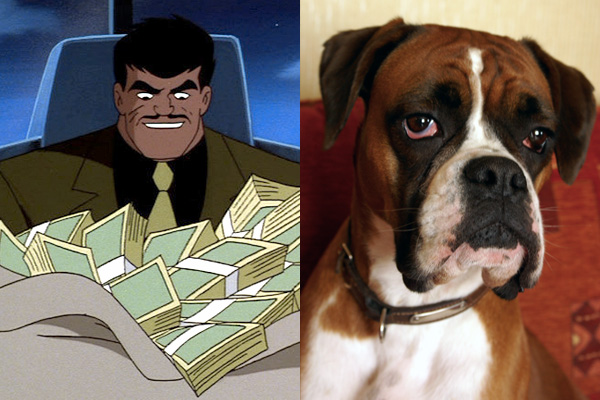 Bruno Mannheim is a good fit for a Boxer, French Bulldog, or Pit bull.

Colonel Blimp may not be a huge character in the Batman Universe, but you know what? It’s an amazing name. As you might surmise, Colonel Blimp is a military leader and dirigible captain.

Col. Blimp is a perfect name for a Basset hound or English bulldog,

Mr. Zsasz is a serial killer who keeps a colorful tally of his victims on his skin. Creepy, true, but these are super-villians we’re talking about… 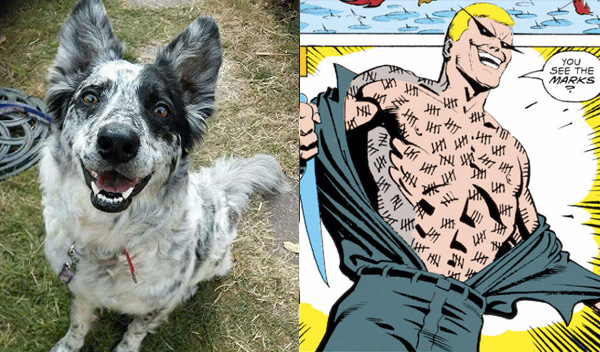 Dogs with colorful ticking like the Aussie blue heeler, the Aussie shepherd, and the Bluetick coonhound might do well with the name Mr. Zsasz.

Joe Chill is the guy that shot Bruce Wayne’s parents that fateful night at the Opera. 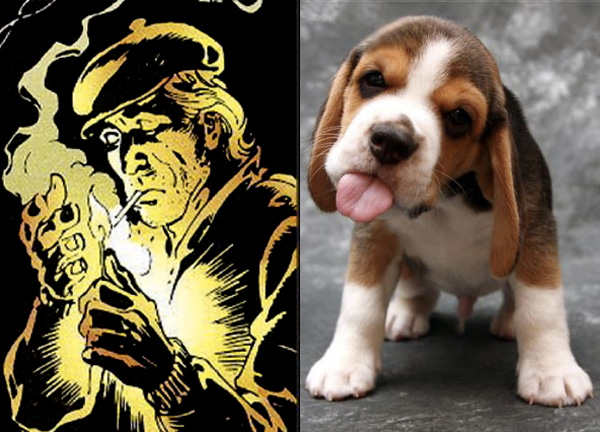 Let’s be honest though, Joe Chill is the perfect update to Joe Cool, one of Snoopy the beagle’s alter egos.