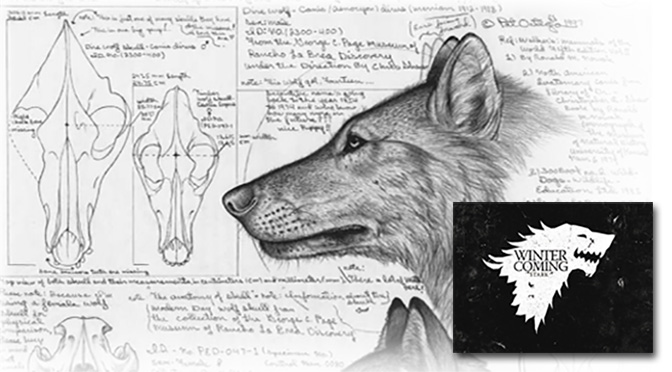 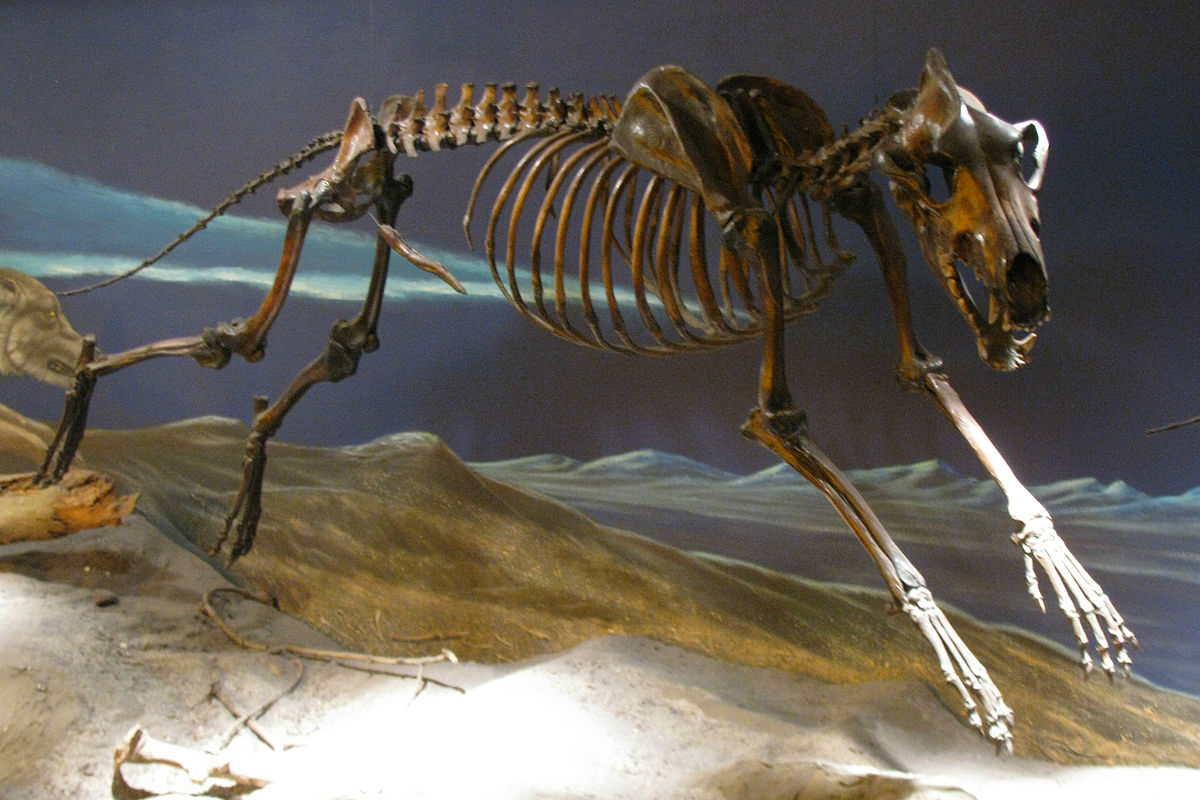 Once upon a time, 12,000 years ago, real dire wolves (Canis dirus) roamed the Americas.

For almost 300,000 years, these mighty predators roamed from what is now Alberta, Canada all the way to modern-day Bolivia.

The real dire wolf is estimated to have weighed between 150-240 pounds, with thicker, heavier bones than the gray wolf. In addition to its fearsome size, it possessed a bone-crushing 30% stronger bite force than modern wolves, too (ouch!) While you don’t have to worry about running into one now, they are widely considered to be related to the contemporary coyote.

So what about the dogs called “direwolves” on HBO’s hit fantasy show? Frequently mistaken for wolf-dog hybrids, the canine actors on ‘Game of Thrones’ are actually a rare dog breed related to the husky—the Northern Inuit dog.

Want to meet a real dire wolf in person? Travel to Ireland to tour Winterfell and you can meet Odin and Thor, two fuzzy actors who appeard on the show.

Dogs react to ‘Game of Thrones’

And for a little extra direwolf fix, feast your eyes on this video of dogs reacting to famous GoT scenes. It stars an extra-special guest: Arya, the Northern Inuit dog featured in this video, has the same parents as the canine actor that plays Ghost on ‘Game of Thrones’. (She was born in a subsequent litter.) No wonder she loves the show!