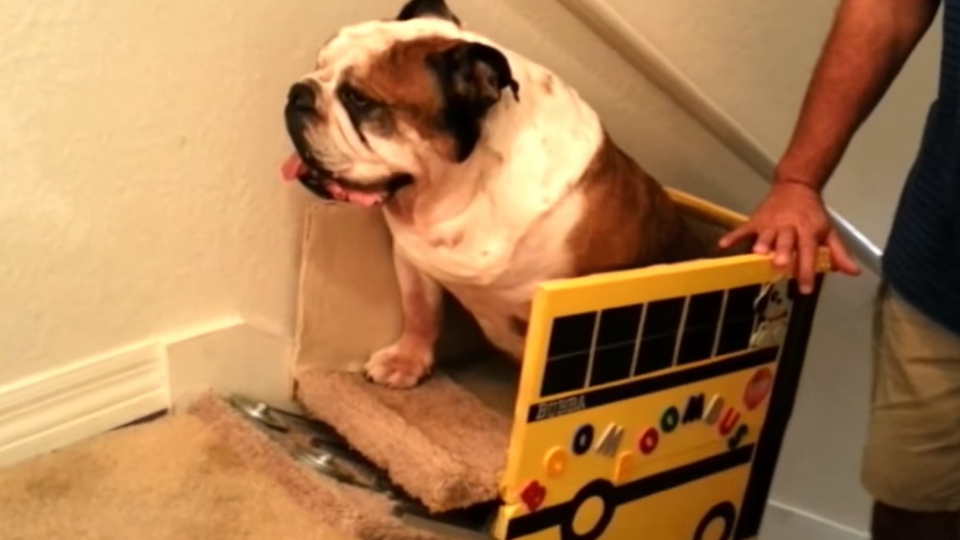 Dogs adapted to live with humans thousands of years ago, but there are people who have adapted their homes to accommodate pets with special needs. These owners have found creative, kind, and heart-melting ways to adjust their human homes for dogs who need a little extra help getting through the day.

The dog who eats in a high chair 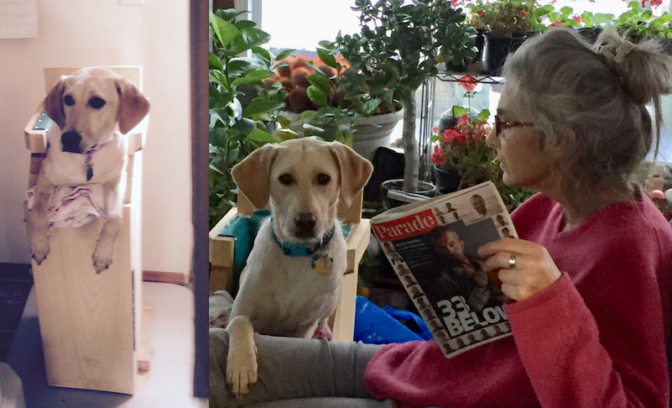 When Laura Whale adopted Helen, a rescued Labrador with a condition called megaesophagus that made eating difficult, she set up a special high chair for feeding time. Dogs with this condition have a hard time getting food down and can experience vomiting, weight loss, and cough, among other symptoms.

“When she was rescued she was so skinny,” Whale, of East Helena, Montana, said. “The people who took her in tried to feed her but she kept throwing up. Her foster parents built this chair, so when we adopted her we set it up in the kitchen.”

Helen became a champ at hopping up and backing into her high chair as she demonstrates in this YouTube video.

“We’d sit next to her after she ate and read or talk to her,” Whale said. “Sometimes after she finished eating, she’d fall asleep in her chair.”

Helen has graduated from her high chair and now she’s fed from a bowl with compartments to slow down her eating.

The canopied pool for disabled dogs 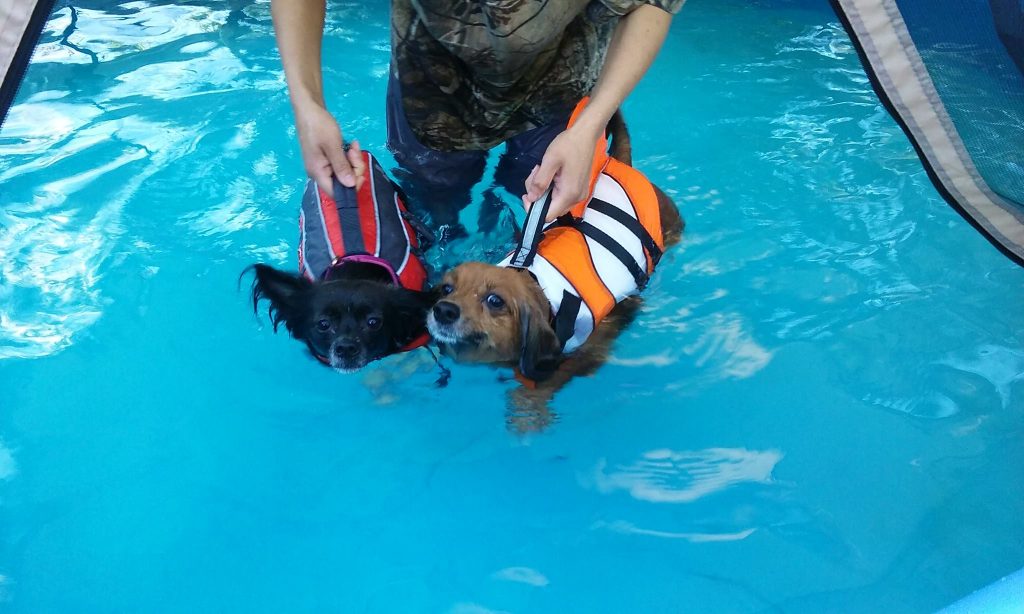 Courtesy of Mona and Lizzie and The Flying Garcias

Tonya Garcia bought a canopied pool for her dogs. Out of her eight dogs, six of them have special needs due to missing limbs or medical problems like liver failure.

“The medical issues make their skin very sensitive, but swimming under a canopy in the pool gives them exercise while keeping them protected from the elements,” Garcia said. “They love going in there and wear special life jackets.”

In addition to the pool, each dog has its own safe playpen in the house and a carseat for traveling.

“The dogs didn’t ask to have these conditions, but they don’t think they’re any different,” she said. “They require resources and time but it’s so worth it when we see their smiles every morning.”

The Bulldog with a school bus handicap lift

Bubba the Bulldog was getting old and losing mobility in his hips and legs, making it hard to go up and down the stairs. The solution? His owners built him a slick handicap lift decorated as a school bus. Bubba sits in his custom “Boom Boom Bus” lift and makes his way up and down the stairs in style.

The blind dog with a bumper 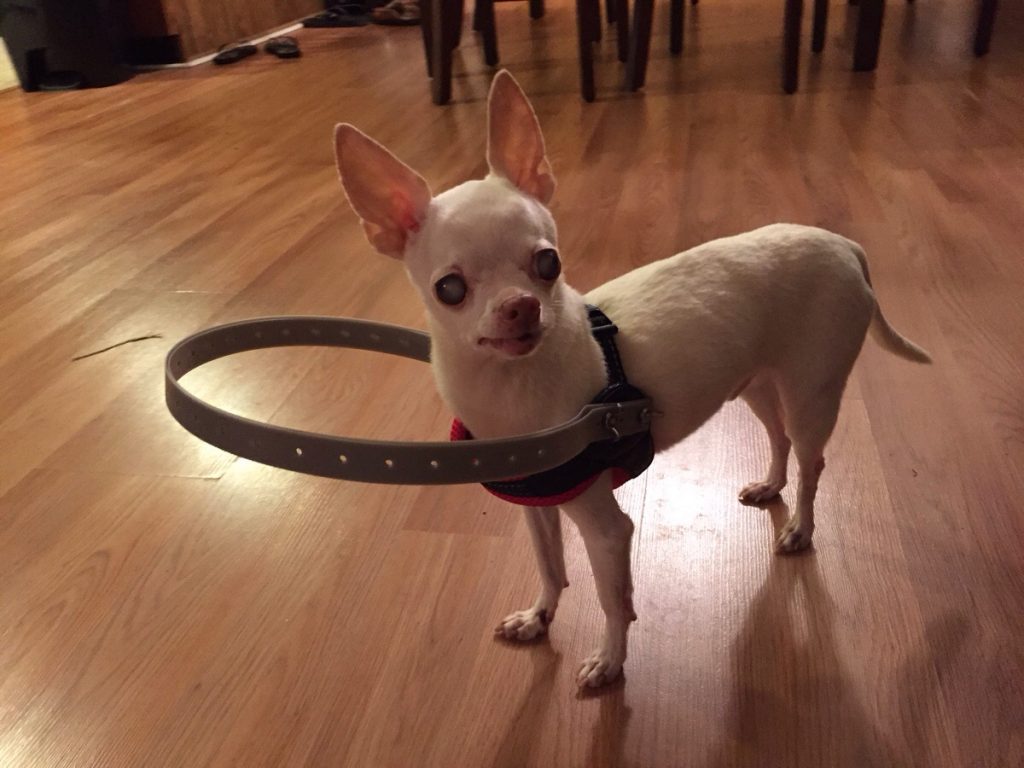 When Buddy the dog went blind because of cataracts, he became so scared he would “shiver in place with his tail tightly tucked beneath him until he got too scared and just laid down waiting for one of us to get him,” his owners told the Huffington Post.

They built him a special hoop he wears around his chest to navigate the house. Now when he walks around, the hoop protects him from bumping his head or body into walls and furniture.

“We gave him his confidence back,” his owners wrote. Check out this video of Buddy navigating the house safely in his hoop and harness.