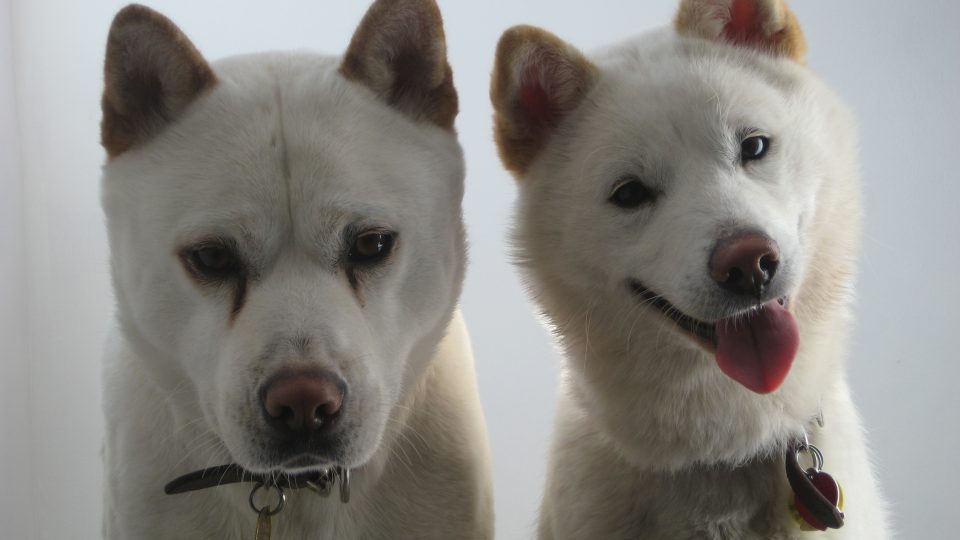 No, that’s not a Shiba Inu. The curled tail, pointed ears, and thick coat might lead the average American to believe so, but ask any Korean, and they’ll set you straight. That’s the Korean Jindo Dog. Not only are they adorable, but they’re also kind of a big deal in Korea. 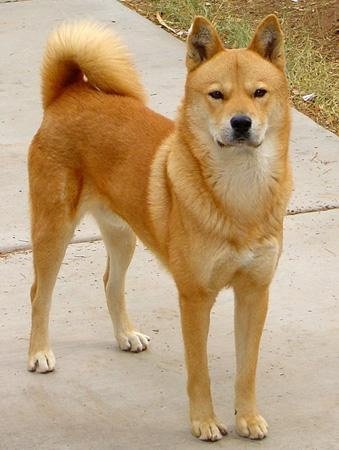 No, that’s not a Shiba Inu!

To give you some perspective, the Jindo dog is considered a national treasure of Korea. The breed was dubbed National Monument No. 53 by the Korean Government in 1962.

You may be asking yourself, but how can a dog be a national monument?

It’s because Korea has a special designation for animals, plants, and geological features that carry artistic, cultural, and historical value for the country.

It cannot be denied that Jindo dogs are adorable. They belong to the Spitz family, which is also host to two of the cutest dogs on the planet: the corgi and Siberian husky. Spitz dogs are known for their pointed ears and thick coats, along with their signature curled tails.

Jindo dogs come in a variety of colors, from auburn to gray, and even brindle-patterned. But Jindos are most often associated with pure white coats. Probably because Baekgu, the most popular Jindo in the world, bore a white coat. White Jindo puppies kind of look like a baby polar bear met a baby fox. In other words: irresistible. 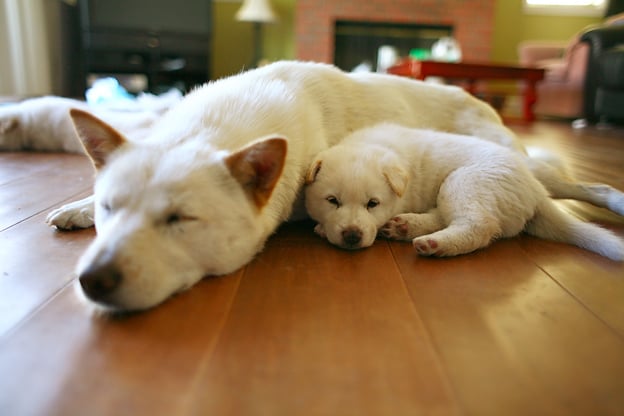 But they’re more than just a pretty face! Jindo dogs are known for high levels of intelligence and energy. They are loyal to a tee and usually form a hardcore bond with their owner, while acting wary towards strangers. This can make a Jindo a great watchdog. In fact, they were used for this very purpose by the Korean military. As a natural predator, Jindo dogs are also good hunting dogs. There is an old Korean folktale that claims that three Jindo dogs once took down a Siberian tiger.

Strange fact: although Jindos are athletic, they share an aversion to water, so don’t try to make them swim. Most Jindos don’t even like to go outside when it’s raining.

The legend of the Jindo

The breed received its namesake from an island at the southernmost tip of South Korea. As the national breed, the Jindo was always popular, but the Jindo skyrocketed to fame in 1993 when the story of a 7-year-old Jindo dog named Baekgu made headlines.

Baekgu lived on Jindo Island with his owner, an 83-year-old woman named Park Bak-don, before being sold to a new owner in a city about 180 miles away. Bak-don was heartbroken to have to say good-bye to her best friend, and evidently, so was Baekgu. The dog escaped from his new home and traveled alone for seven months before appearing in Bak-don’s yard and running straight into her arms. They remained together for the rest of Baekgu’s life. 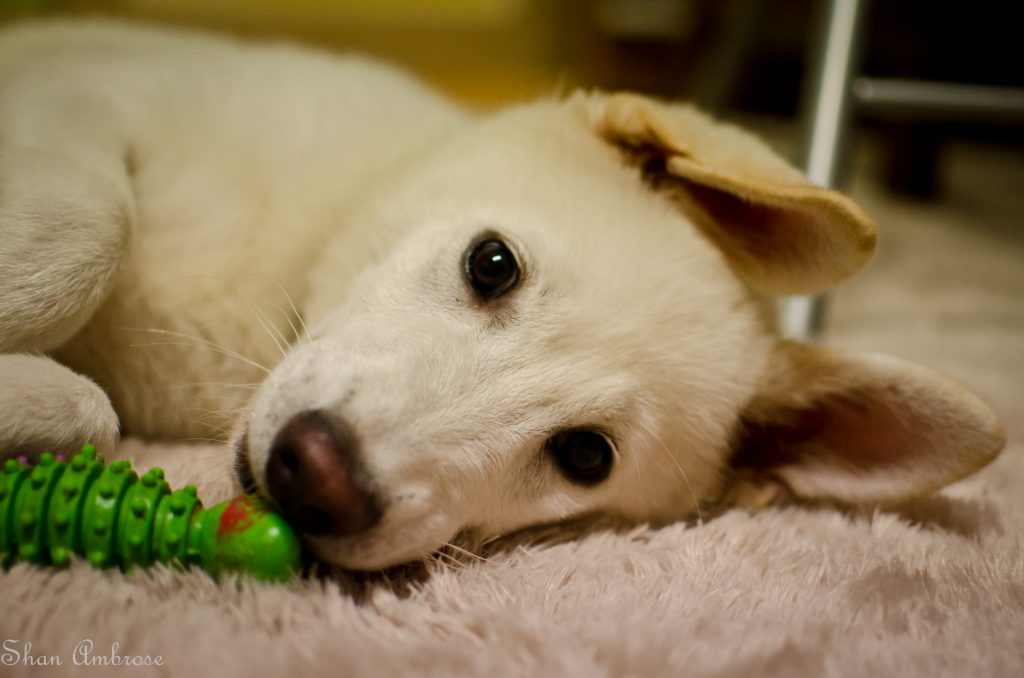 Although exporting Jindos out of Korea is prohibited to this day, the breed began to show its fluffy face in western France, then found its way to Los Angeles in the 90s. Korean-American families were the first to own Jindo dogs in the United States. Nowadays, Jindos can be found in shelters primarily in California, and occasionally in other states.

An important note: the dog’s temperament can be difficult for inexperienced dog owners. Jindos are fiercely independent and require a lot of patience to train. Jindos are also often given as gifts in Korean culture, which can pose a big problem when people aren’t ready to take on the responsibility. 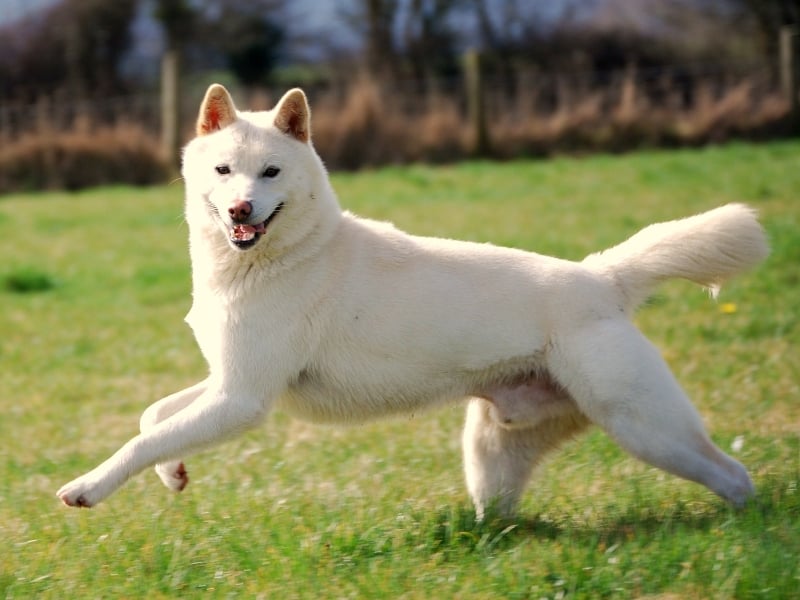 Not quite K9 cop material

In 2009, the Los Angeles police department decided to adopt and train a pair Jindo puppies as K9 cops, but they didn’t make the cut. The reasons were because their loyalty to their trainers made them too easily distracted, and their hunting instincts made them forget their missions. One trainer, Sgt. Doug Roller said,

“They pretty much mastered the task, but once they got out of the training environment, they got distracted in the real world…. A leaf would blow, and they’d go chase it.”

After a year of intense training, the police department gave up and the dogs were eventually adopted by families in Los Angeles. 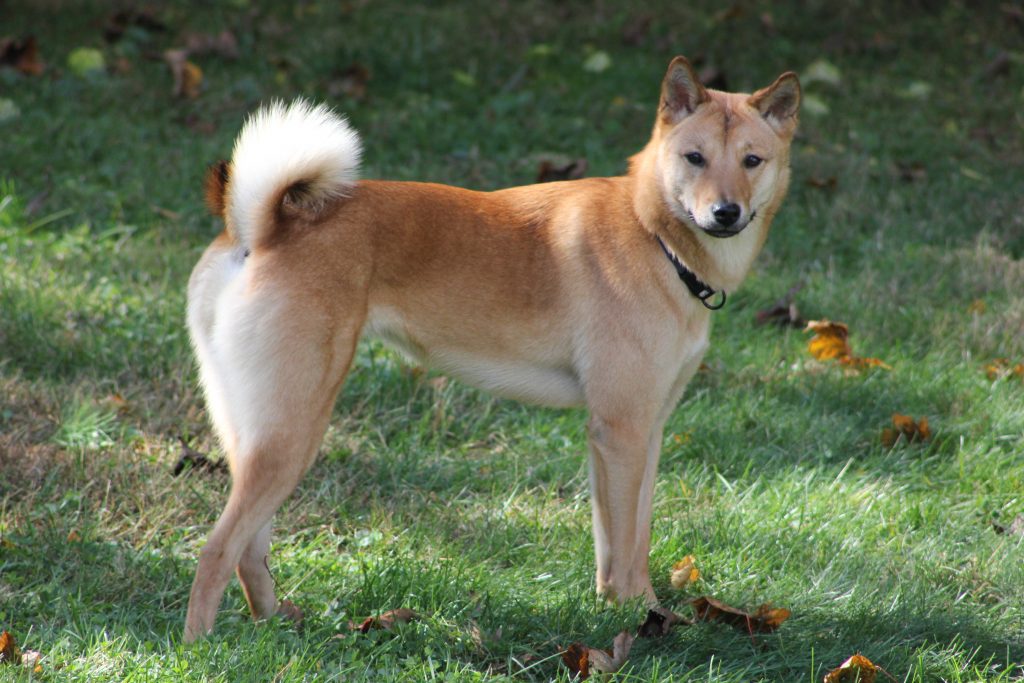 The bottom line? The Korean Jindo is a beautiful, intelligent dog with a fascinating background. If you’re considering adding a Jindo or a Jindo mix to your family, just be sure that you understand this breed’s particular traits. With the proper training and socialization, Jindos make wonderful companions.