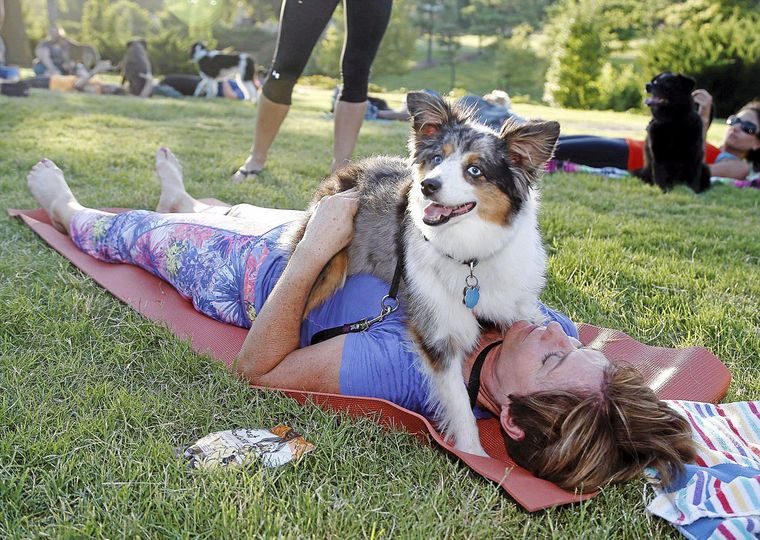 I’ve been practicing yoga regularly for over a decade, and teaching for a couple years. One of the things I love most about yoga is that it’s so much more than moving and breathing on a sticky mat; it’s a mind-body practice that’s meant to be incorporated into one’s daily life.

However, when I heard about Doga, a yoga class that you attend and participate in with your dog, I was skeptical. As a Very Serious Yoga Person, I am not a fan of gimmicks being tacked on to the spiritual practice that has enriched and informed my life. But recently, I was talking to a student after class, and she said something that made me reconsider my hard stance:

“I haven’t been on the mat much lately. Since we got a dog, I’ve had to use most of my yoga time for walks!” 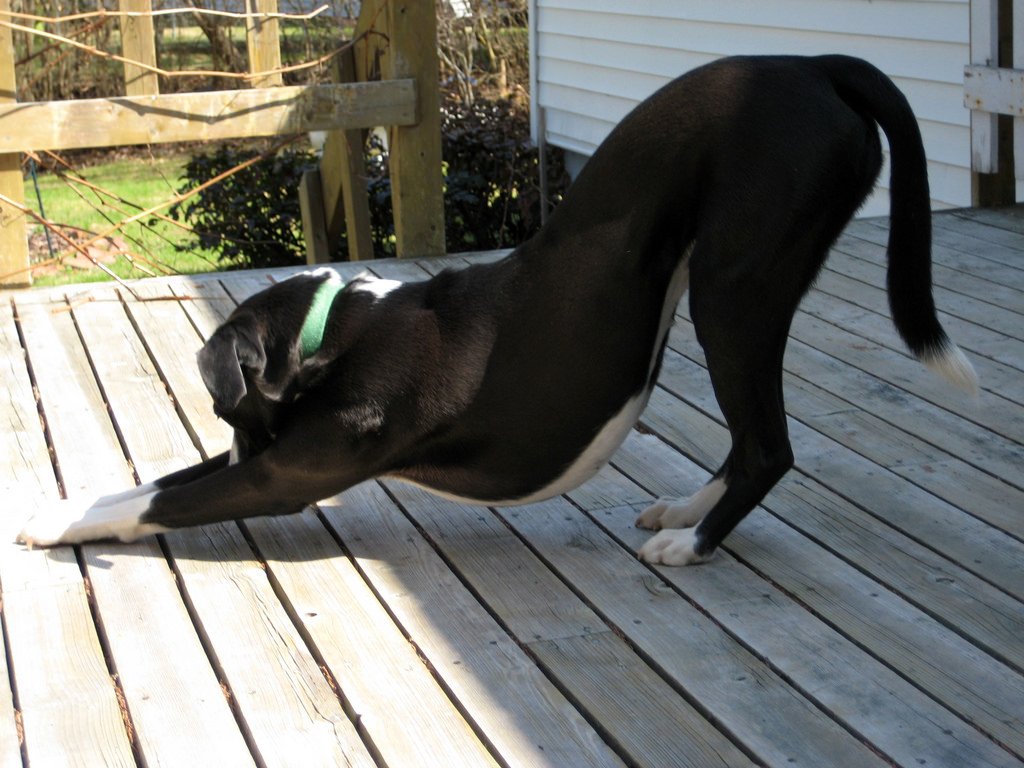 And without giving it a second thought, I started brainstorming ways for her to work some yoga into her dog walks. Crescent Lunge while she walked, Tree Pose during pee breaks, and so on.

What I had failed to see at first is that Doga is just another way of bringing yoga into your daily life. It’s not unlike Mom and Baby Yoga, in that it can provide a time to connect and bond with a loved one.

Also like Mom and Baby Yoga, what you can actually do is dependent on the size and disposition of your partner. I had to stop taking my daughter to yoga class when she started crawling off my mat to gnaw on the other babies in attendance, and dog yoga has similar limitations.

If you happen to live in a town that has a Doga class, call ahead before attending to get the full rundown.

Another option is to practice at home. Grab a Doga book and see what works for you and your dog.

Some tips to incorporate your dog into your yoga practice: 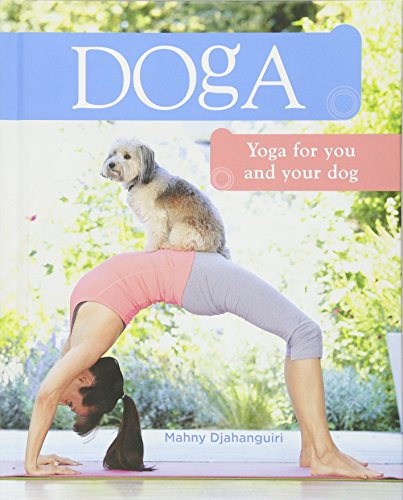 You might also try working some yoga poses into your walks and playtime, as I suggested to my student. Maybe you’ll look like a weirdo at the dog park, but you’ll feel great.

Your buns will thank you for squatting to pick up your dog’s ball instead of just bending. And what could be more conducive to walking meditation than going out with a dog?

Watching a dog engage with the world is a great lesson on how to stay in the moment.

Some yoga practitioners have had less than stellar results while trying to bust a move with their dog in the room. Observe:

This dog just wants to chew on her toy…

And this compilation has it all (cats, too!)

If your dog isn’t exactly cooperating, don’t worry about it. As in a more traditional yoga practice, as long as you come to the mat with an open mind and a sense of humor, you’ll receive some benefits.

Maybe you won’t be making a big, pretty shape, but this is a practice that’s more about creating a connection with your dog and slowing down together.

What could be more worthwhile than that?

Featured image via Tulsa World/Stephen Pingry: yoga class in the park by Be Love Yoga in Tulsa