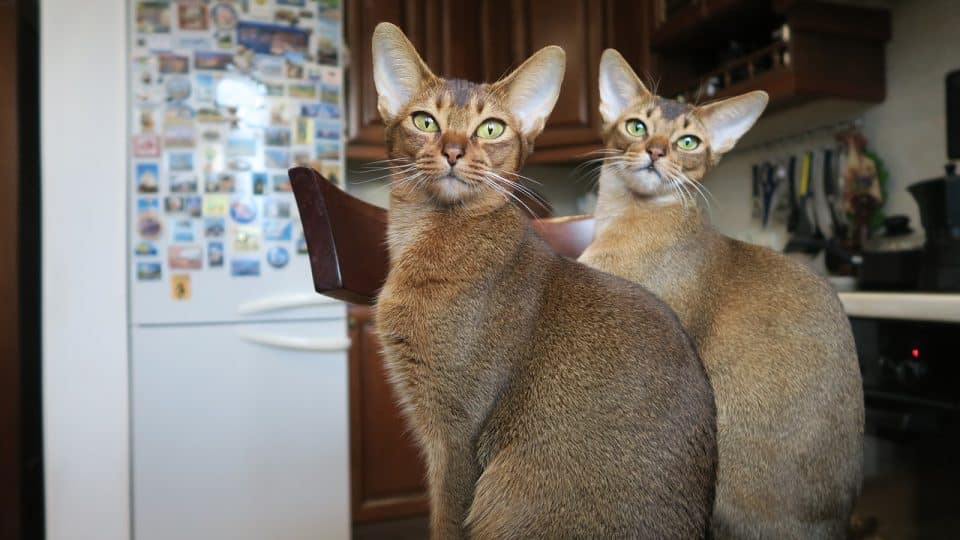 The playful Abyssinian cat—aptly nicknamed the “Aby-silly-an”—is a hugely popular breed in the United States. In fact, according to VetStreet, the Aby ranks as one of the top five most popular cat breeds in America.

What else can we learn about this regal and fascinating feline?

Here’s the lowdown on one of America’s most beloved breeds.

1. The Abyssinian is the “Energizer Bunny” of felines 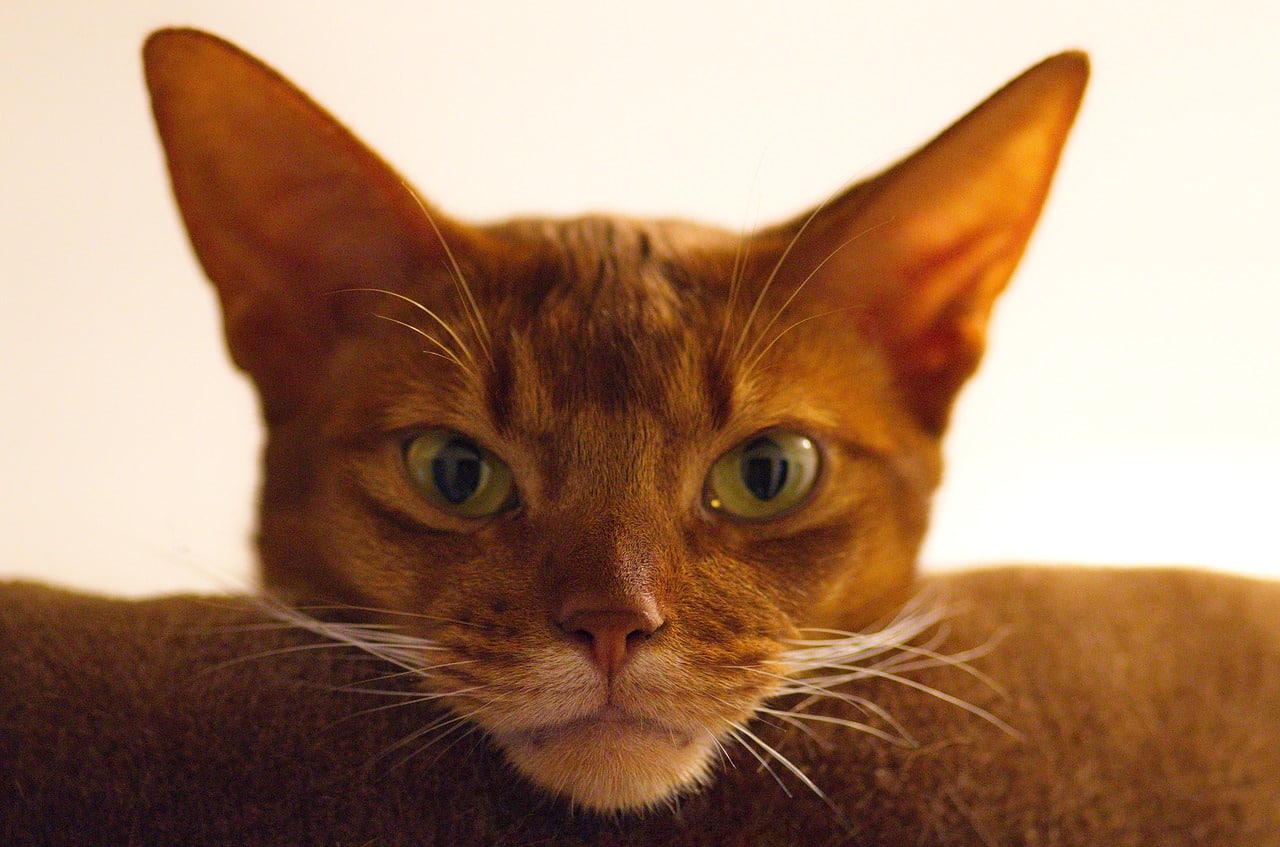 One thing’s for sure—the Abyssinian is not a lethargic lap cat. These highly active felines are always on the move. Their combined athleticism and curiosity result in a breed that is constantly jumping, climbing, and exploring.

It’s not unusual to find an Aby observing family life from the height of a refrigerator or swatting at imaginary critters in the hallway. Abyssinians seek windowsills to birdwatch, and they love to keep you company by perching on your desk.

The Abyssinian’s signature cougar-like appearance is thanks in part to its ticked coat.

What’s a ticked coat? It’s a coat with individual strands that alternate bands of color. Each strand is lighter at the base and becomes gradually darker at the tips. This gives the Abyssinian its exotic, wildcat look.

The Aby comes in a variety of colors including a reddish-cinnamon, chocolate, blue, lilac, and fawn. Their lithe, slender bodies, long tails, and large, alert ears give them a regal appearance.

Kittens are born with darker fur, which lightens gradually as they mature. People interested in adopting an Abyssinian will be pleased to hear that their coat is low-maintenance. Once a week brushing should suffice to keep this kitty looking its best.

3. The Abyssinian has a mysterious history 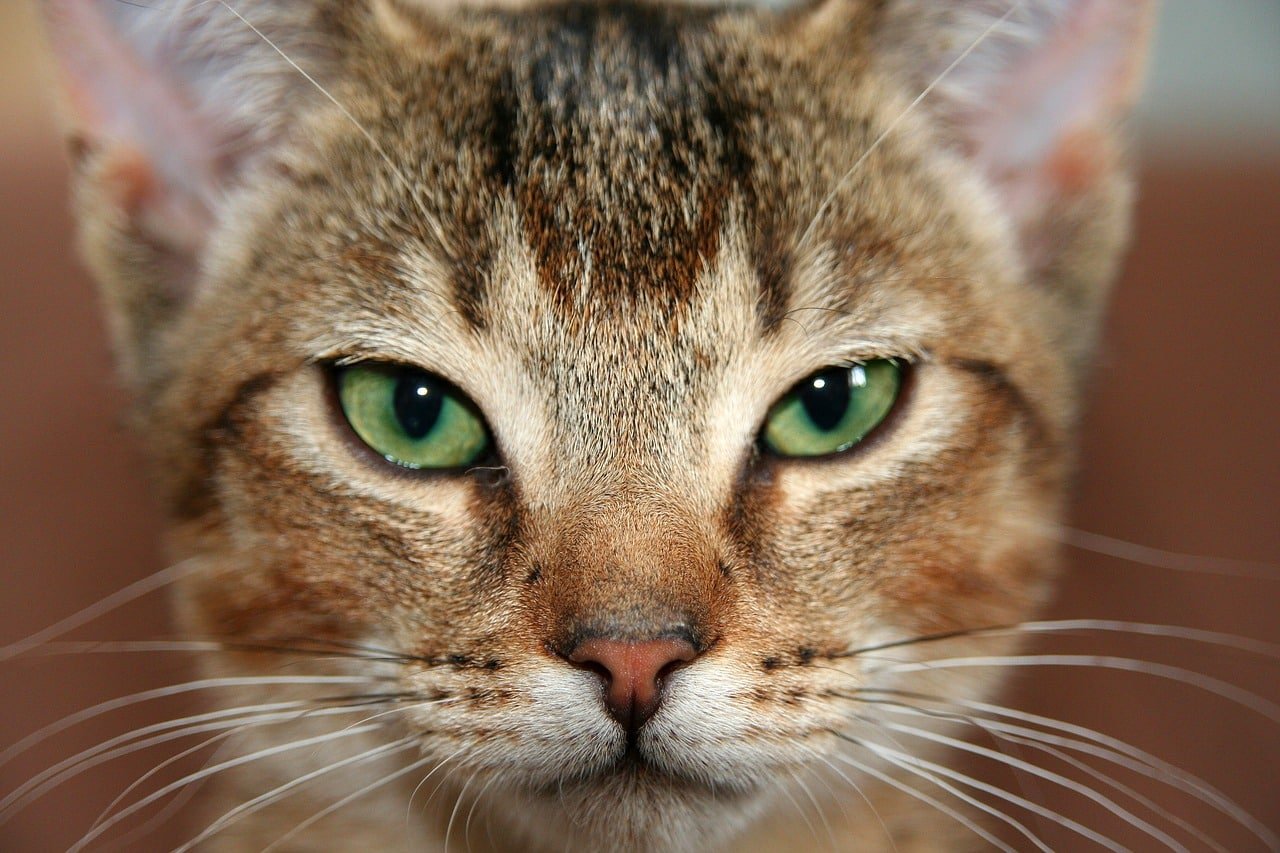 The Abyssinian is thought to be one of the oldest domestic cat breeds, but we can’t know for certain the time and place of their exact origins.

Among the numerous romantic tales woven around this breed’s history is the belief that they originated in Ethiopia (formerly called Abyssinia). Others point to the cat’s similarities to ancient paintings and sculptures as evidence that the Aby descended from the line revered by Egyptian pharaohs.

According to PetMD, the first documented Abyssininian was called Zula, who appeared in Dr. William Gordon Stables’ 1876 book, “Cats: Their Points and Characteristics, With Curiosities of Cat Life, and a Chapter on Feline Ailments.” After the Abyssinian war of 1868, Zula joined a British soldier on his return home to England.

The most likely story is based on recent genetic studies, which suggest the Aby’s ancestors lived along the coast of the Indian Ocean and parts of Southeast Asia. It wasn’t until 1935 that Abyssinians were first bred in the United States.

As documented in the January 27, 1872 issue of Harper’s Weekly, the graceful Abyssinian took third place in the December 1871 Crystal Palace show.

5. They are incredibly loyal cats 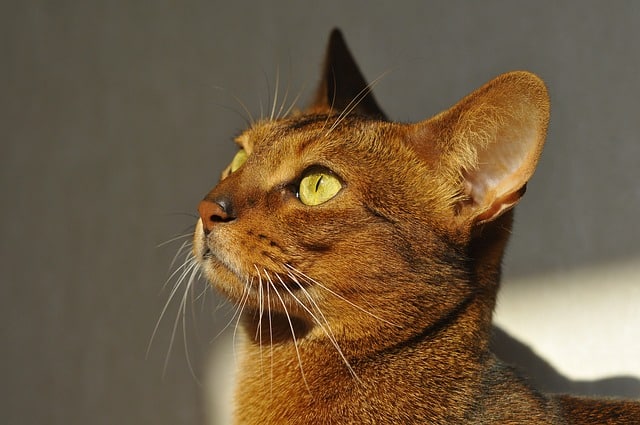 Although they have an independent streak, Abys are an extroverted breed who love to interact with people. They have a dog-like attachment to their owners and prefer to be an involved member of the family.

Any Abssynian owner can attest to this breed’s persistence—if they want attention, they’ll continue to pester you until they get it!

This trait also explains why the Aby typically prefers to be the only cat in a household. They get along with other animals, but they like to commandeer their human’s attention.

Unfortunately, this high-spirited cat can become depressed if he doesn’t receive enough human attention. It’s a good idea to provide your Abyssinian with interactive toys and puzzle feeders to keep his mind engaged and out of trouble.

6. These cats have longevity

The Abyssinian cat can live a long time—many live up to 15 years and even older.

While generally healthy, this breed is still prone to certain health problems including:

7. The Abyssinian is one smart cat 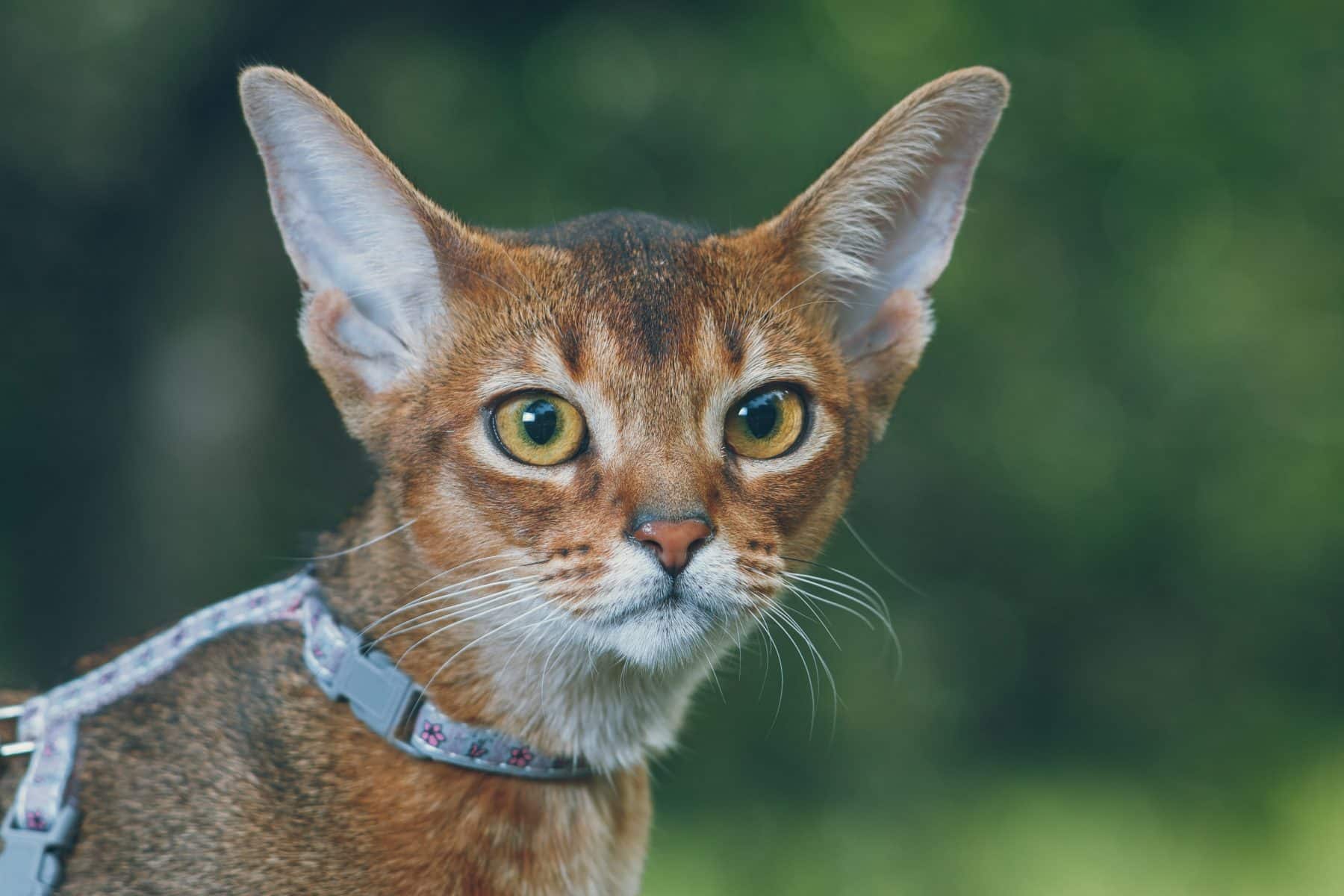 This breed is highly intelligent. They can be successfully clicker-trained to perform tricks, and they can even walk on a leash. Owners of Abyssinians have even been able to train them to run in agility courses.

8. They’re the “clowns of the cat kingdom”

The Abyssinian can be a major jokester, who’ll try to impress you with his acrobatic antics. They can be found perching on your shoulder, leaping to great heights, and scaling your tallest bookshelves.

Endlessly curious, the Abyssinian will seek things to explore and has a penchant for getting into things.

Interested in adding an Aby to your family? You better have a sense of humor.

The allure of the Abyssinian cat can’t be denied. There’s something about his inquisitive eyes and wildcat appearance that sets this cat apart. We love this breed’s playful nature and we gotta say—life with an Abyssinian is anything but boring. 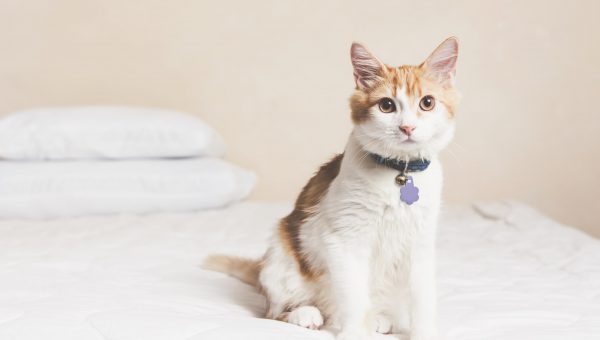