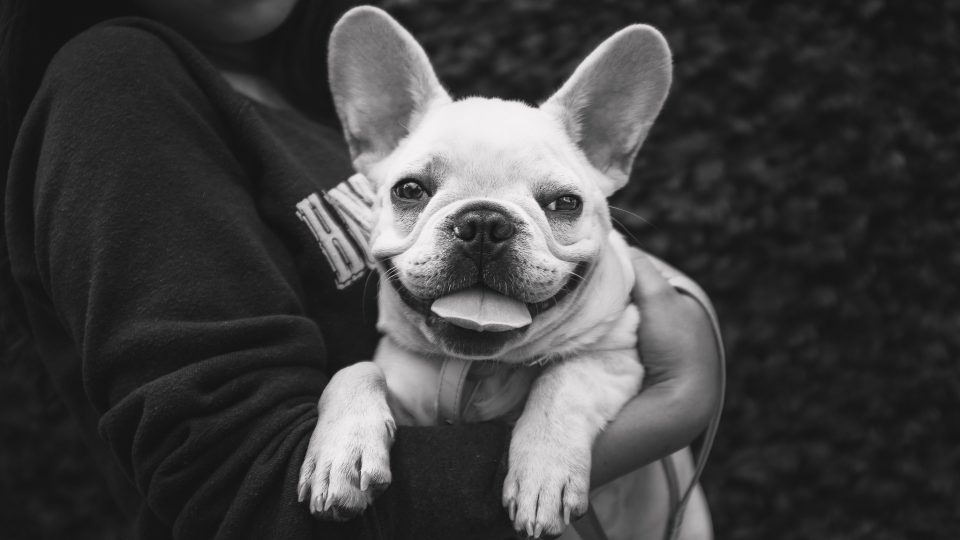 See that adorable French bulldog scampering toward you? He might need your help to become the biggest little dog he can be.

From body shape to intelligence, the French bulldog temperament lends itself to lots of action and fun. They just need some human help to get things rolling. Here are nine reasons you may need to take paw in hand to bring out the best in your French bulldog.

9 reason a French bulldog may need your help

1. They’re not built for the outdoors

French bulldogs need a good home with air conditioning. That boxy frame wasn’t built for heat or humidity, and because they’re a flat-faced breed, outdoor living isn’t recommended. The good news is they also don’t require as much exercise as other dogs, so if you’re a bit of a homebody, you’ll be well-matched—just be sure to give him a little boost onto the couch.

Nobody’s name calling, mind you. But when you get a glimpse of one of these little dogs from just the right angle, you might mistake him for a pretty piglet. In the UK, French bulldogs are often referred to as “pigdogs.” Their notable snorting sound, along with some digging in the dirt, makes them look like they’re rooting for truffles. Frenchie might be seen as a future pork chop—and you may need to save their bacon.

Again, with a tiny barrel body and little legs, most French bulldogs don’t possess great swimming capabilities. If you have a pool or find yourselves near deep water, they’ll need extra attention for their own safety. That trip to the beach might prove a little frustrating to your Frenchie, and if you wander out too deep, your four-legged friend may let you know it’s not fair!

Adorable dogs need their beauty sleep. Like a child at bedtime, you may find that a French bulldog needs some coaxing to stop resisting and whining, close their eyes, and go to sleep. A sweet, soothing human voice may be just what they need.
YouTube

5. They may have swallowed a squeak toy

Did you notice some atypical sounds coming from the French bulldog above? You might need to keep someone from giving these dogs the Heimlich! Ranging from squeaks to baby sounds, this noise is just another one of those French Bulldog quirks that make us love them more.

A breed known for its comic timing, you may only need to supply the right music to get a French bulldog to provide some dazzling dance moves. Some might interpret it as an adverse reaction to pop music, but this Frenchie is having fun.

7. And they may need a hand with their music career

Sometimes a dog just can’t go it alone, and they need your help in the form of a DJ duet. What do you think when someone says a French bulldog is scratching? Probably not this mind-blowing doggy display.

Na-na-na-na-na-na-na-na BATPIG! Not only are these dogs compared to piglets, but their big ears and hearts have spawned this nickname, from Lady Gaga’s dog to the Batpig Tumblr and Instagram pages. Question is, what if it’s true? Now’s your chance to be Alfred the butler to your very own Batpig’s Batman, caring for a four-legged friend while he secretly embarks on a crusade against canine injustice. Maybe they should have cast a French bulldog instead of Ben Affleck for the next movie—Batpig versus Superman?

9. They need a good home with love and affection

Despite all these French bulldog quirks, what they need help with most is knowing they’re loved. The heart-melting response of this girl shows the affection and appreciation this beautiful breed deserves.