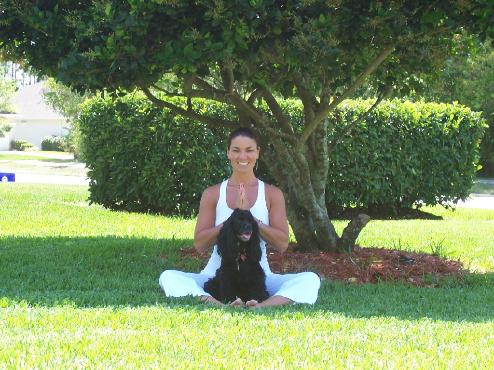 Suzi has been teaching Doga for nearly 20 years. She started Doga with her dog Coali in 2001 in New York City. As Crunch’s New York-based director of yoga, she had her epiphany when her devoted cocker spaniel, Coali, began hovering by her yoga mat during at-home sessions. She turned what she was doing at home, and with my private clients, into a class called Ruff Yoga. Since then Doga has been offered in cities around the world. Suzi has personally trained many of the world’s Doga teachers. She now resides in Florida where she continues to teach Doga classes. 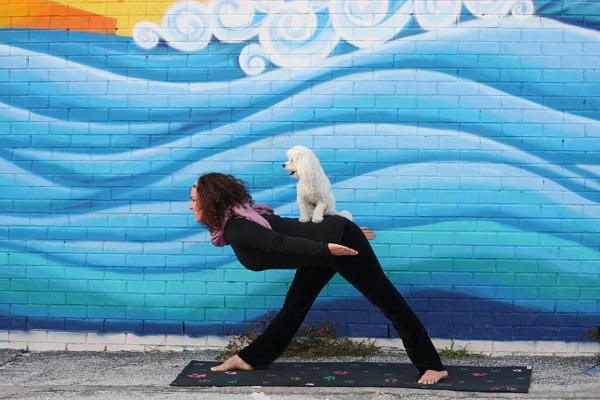 As a New York City resident in the aftermath of September 11th, fitness instructor Suzi Teitelman found herself craving to be near her dog Coali as much as possible. And this craving for additional emotional support eventually turned into what we now know as, “Doga”—the practice of doing yoga with your dog.

“Doga is about becoming more like your dog,” Teitelman said. “Dogs come with a natural ability to be happy, healthy, and loving in the moment, and excited and present.”

Twenty years later, people are still opting to do yoga alongside their pups, and to try it out, Teitelman provided a couple yoga positions you can perform at home:

“Make sure that you are both breathing together and that you’re both meditating,” Teitelman said. “You’re both getting the benefits of yoga and [you are getting] the extra benefits of being with your dog.”