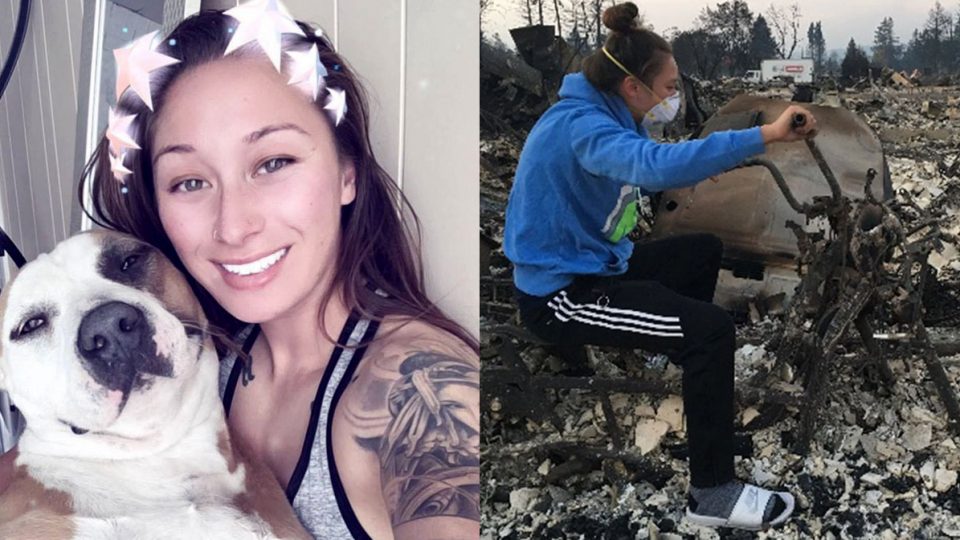 When Natasha Wallace came home late from a college study group, she could hardly believe how close the wildfire had come to her house— just across the freeway. She packed up her car with her pit bull Bentley and as much stuff as she could carry, but before she got out of the neighborhood, the standstill traffic forced her to make a heroic decision.

“Hey man, this is serious, you need to just sit in the bag.”

Natasha went home, grabbed her bike and a duffel bag, and told her dog Bentley to hop in pronto. It was time to hit the road. Natasha and Bentley pedaled to safety, and eventually found a ride to a friend’s house out of the path of destruction.

Though Natasha lost all her physical possessions, she doesn’t question her decision to escape with the big dog for a second.

She told Channel 40 News, “I would never part ways with my dog, ever. That’s my ride or die.” And she’s thankful to have lived through the blaze.

You can support Natasha and Bentley rebuilding their lives on GoFundMe.

The Tubbs fire lighting up the night sky