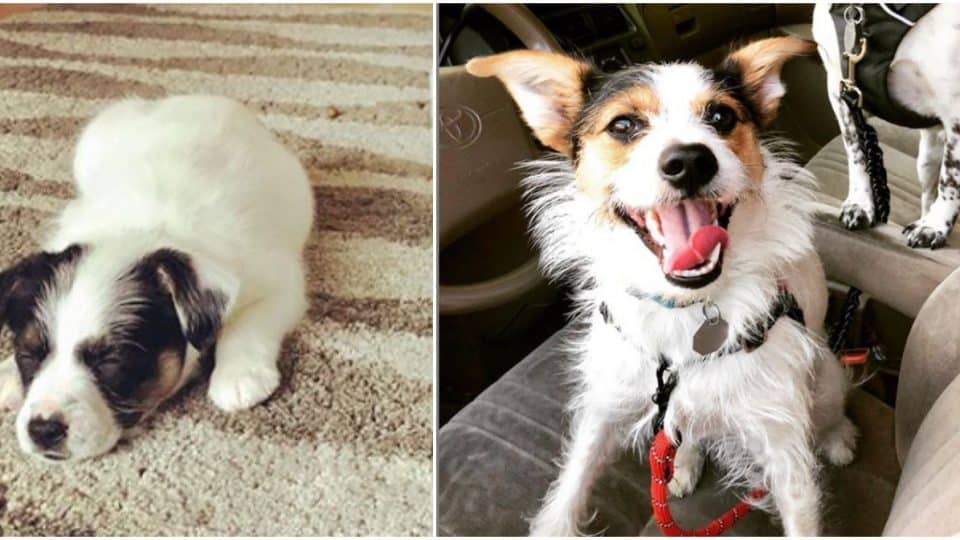 The trade-off for puppies being as rambunctious, mouthy, and distractible is obvious: they’re bloomin’ adorable. They’re super-soft to cuddle, they smell like the best animal on the planet, and their faces are almost impossible to say “no” to.

As hard as it can be to admit, all puppies will become dogs one day (although a little less energy is something to look forward to). The question is: when? There are three main factors in determining when a puppy will stop growing:

Here’s a more in-depth look into when, and why, you can expect your puppy to stop growing—plus the full scoop on their emotional growth, which happens in tandem with their physical development. 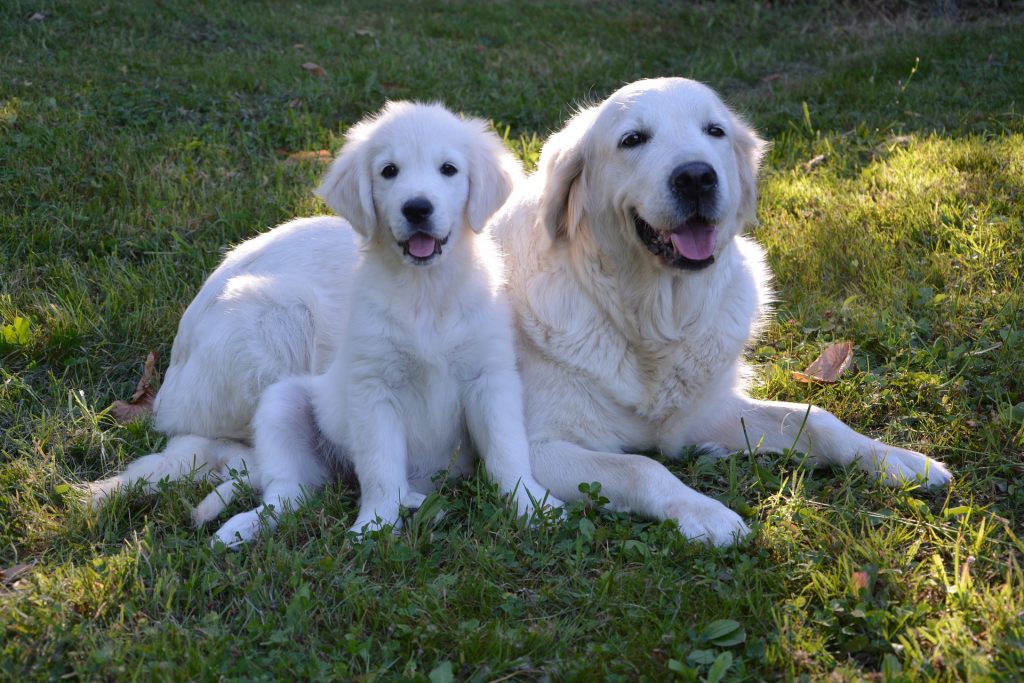 When it comes down to it, nobody can exactly predict when your puppy will stop growing. The best indicator is your pet’s genetic history, aka their breed. Small dog breeds tend to reach their full size—and often sexual maturity—faster than larger dog breeds. Which makes sense, since they have less growing to do.

So when it comes to figuring out when your puppy will stop growing, consider genetic history. Is your pup a Chihuahua or a Great Dane? Were their parents small or big for their breed?

These are some general guidelines to measure your pup’s growth against:

In all cases, a male dog is typically larger than a female, and a female dog will come into maturity faster (source.) 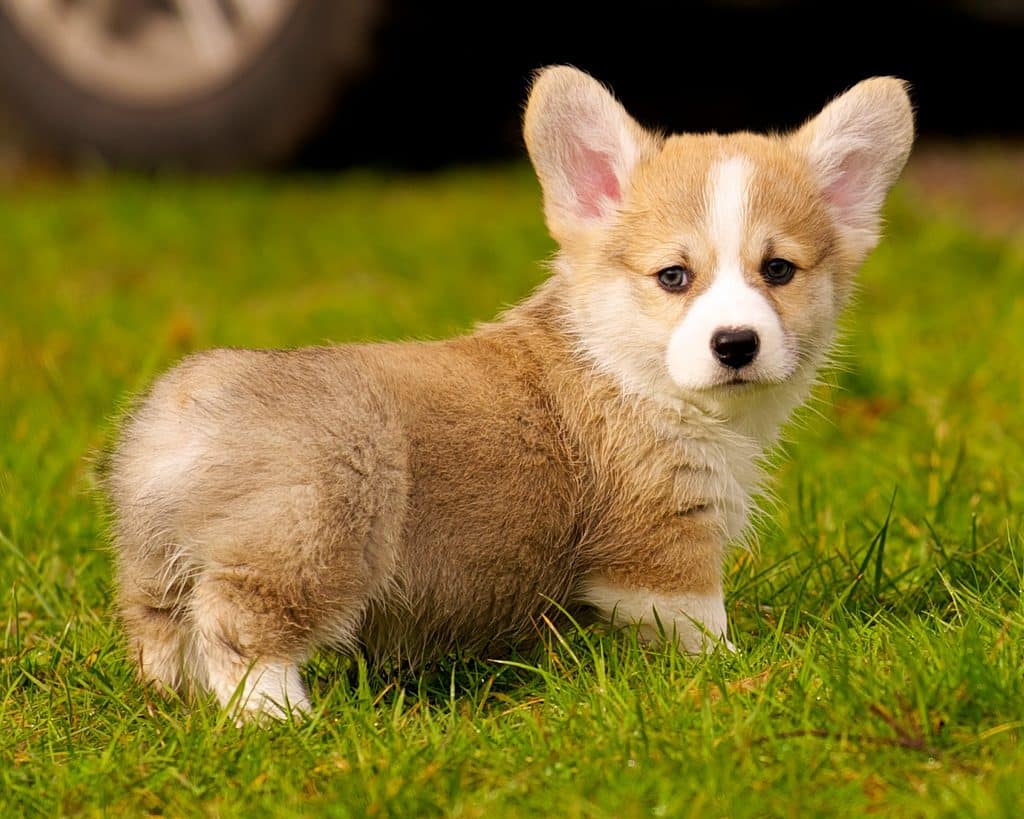 Breed size is all fine and dandy when you’ve got a pedigree going back generations. But what about mixed-breed dogs?

If you know what breed your dog’s parents were, or even how large they grew to be, you can take an average of their weights for a guess at your pet’s eventual size.

For example, if your pet had a parent who was 30 kg and another who was 10 kg, you could estimate your puppy will grow to about 20 kg—meaning they’ll likely be fully grown between 8 and 12 months.

If you don’t know anything about your pet’s parents, your best bet would be to consult your vet. They may be able to spot certain traits that could provide clues to your puppy’s lineage, age, or future size. Unfortunately, the size of your puppy’s ears or paws aren’t very good indicators of how big they’ll be or when they’ll stop growing.

Can a doggy DNA test predict your puppy’s adult size?

You might also consider a pet DNA Test which could provide answers as to breed makeup and therefore, expected size. Though keep in mind that genetics can be a real toss-up: one or another of a breed’s traits may dominate, and it’s difficult to know which those will be.

For instance, one Rover employee adopted a mini-Schnauzer / cattle dog mix and had no idea which of those breed traits would play out in her pup. Turns out that Vera (who also boasts a myriad of other doggy genes, including Pekingese AND German shepherd!) is a solidly medium-sized dog as an adult, weighing in at just 13.6 kg. 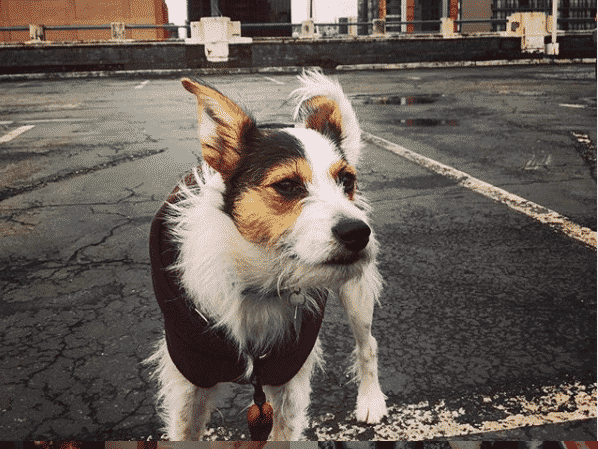 Did my puppy stop growing too soon?

While your puppy’s genetic background has the most profound effect on when they stop growing, there are a few things that can hinder their growth process. If you’re concerned about your puppy’s growth, first and foremost, bring this up with your vet. While growth delays in puppies are relatively uncommon, these factors can lead to them:

We’re not talking about the benefits of one brand of pet food over another here. PetMD notes that in most loving homes that are following guidelines for feeding, you won’t have any problem getting your puppy the nutrition they need.

However, in extreme circumstances—like if your adopted puppy came from a rough home—serious starvation can stunt a puppy’s growth. They may not get as large as they otherwise would have, making it more difficult to predict when they’ll reach full maturity.

If pets are spayed or neutered too early, it may affect their growth plate, explains PetMD. This can lead to your pet growing taller than they otherwise may have, causing joint issues later in their life.

We’d wait until your pet has hit puberty, or even until they’re fully grown, before spaying or neutering in order to avoid health repercussions. Speak with your vet to determine the best age for your puppy to be spayed or neutered.

A common condition that causes puppies to not reach their full growth potential is hookworms or roundworms, according to PetMD. A particularly bad case of worms can steal enough calories from a growing puppy that it mimics starvation and leads to stunting. Once the worms are removed, puppies heal quickly and get back on track toward normal growth.

When Do Puppies Stop Growing…Emotionally?

Puppyhood isn’t just about physical growth—it’s also when your puppy lays down their emotional and psychological foundations. During the first 12 months of life, they learn what they like, what scares them, and what makes them feel safe in the world. They also learn how (and who) to love.
Your puppy’s emotional growth goes hand-in-hand with their physical development. Here’s what you can expect in their first year!

Your puppy’s emotional growth: a timeline 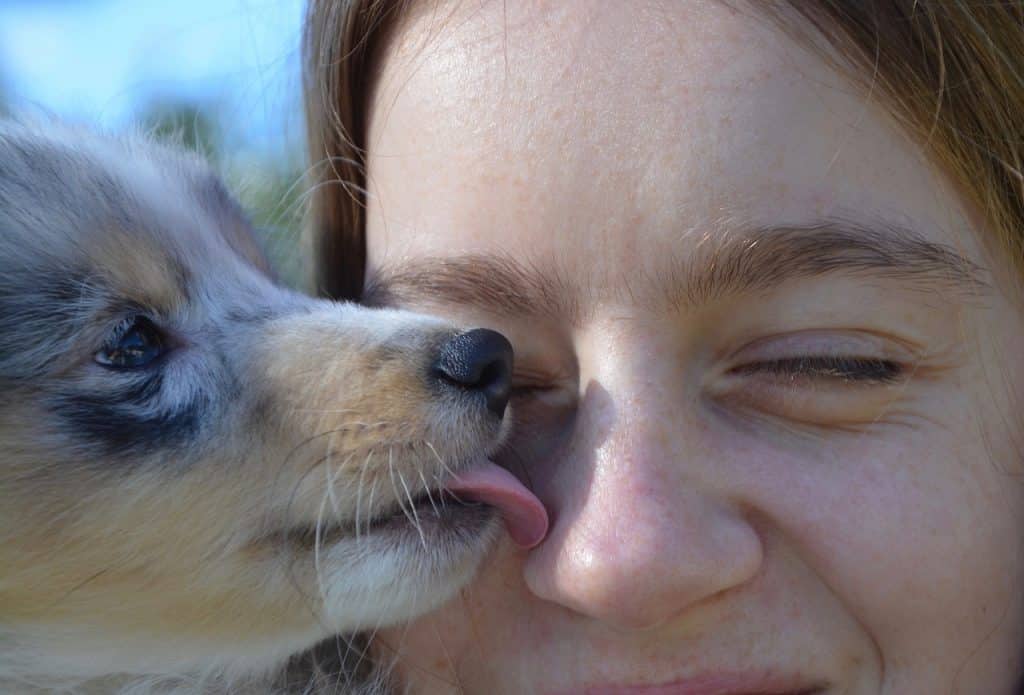 Your puppy’s first stage of emotional development starts with their mama. During the first three weeks or so, when their eyes are still shut, their whole world is the safe, warm presence that feeds and bathes them.

The fourth and fifth weeks of your puppy’s life are their “exposure period.” You can think of it as the time when they learn how to be in the world.

At this stage, they’re able to use their senses of sight and hearing. Their brains are growing, and they’re learning all sorts of new stuff from their mom and litter-mates: how to walk, how to play, and how to explore the world. They learn social skills and are ready for consistent human interaction.

By the start of their second month of life, puppies are developing emotions. And at 6-8 weeks old, they start forming attachments to humans.

At this point, they can be separated from their mother and go to their new home. Now is the time where you take an active role in your puppy’s development. Help your puppy bond to you and your family by providing a safe, secure, positive environment. It’s also time to start socialising them with other people and dogs.

During their third month of life, puppies go through a “fear imprint stage.” Their brains are developing quickly, and negative experiences can have a lasting impact on their emotions. At this stage, it’s important to give your puppy lots of comfortable, positive experiences. This can include meeting new people, interacting with other animals, and experiencing different environments.

Month three is also the time to enrol in puppy school, where they’ll gain confidence and socialise with other pups. Puppy class also strengthens the bond between you and your puppy as you work together with positive reinforcement. Click here to learn more about the importance of puppy socialisation.

Around 16-20 weeks of age, your puppy’s brain is around 80% developed. By this point, they’ll have a pretty distinct personality. You’ll know if your dog is adventurous, timid, bossy, quiet, etc. But just because they have a fixed personality doesn’t mean their emotions and behaviours are set in stone! In fact, this is a crucial stage of your puppy’s emotional development.

By now, your puppy will be bonded to you. But as they approach adolescence, they’re gaining independence, curiosity, and confidence. They may start to wander further away from you at the park, exploring the world beyond their closest human bond. At this point, continue training with your puppy, and keep introducing them to new dogs and places.

During their early adolescent months, your puppy’s emotional development is at a critical point as they gain confidence and decide what (and who) to trust. As physical growth and hormonal surges collide, they start to test boundaries. They’re finding their place in the hierarchy of the home.

In addition, at this stage, puppies go through a second fear period. They may react defensively to other dogs and people, or become protective or territorial. During this fear period, continue socialising your dog. Avoid potentially traumatic experiences, and stick to positive reinforcement training throughout their development. 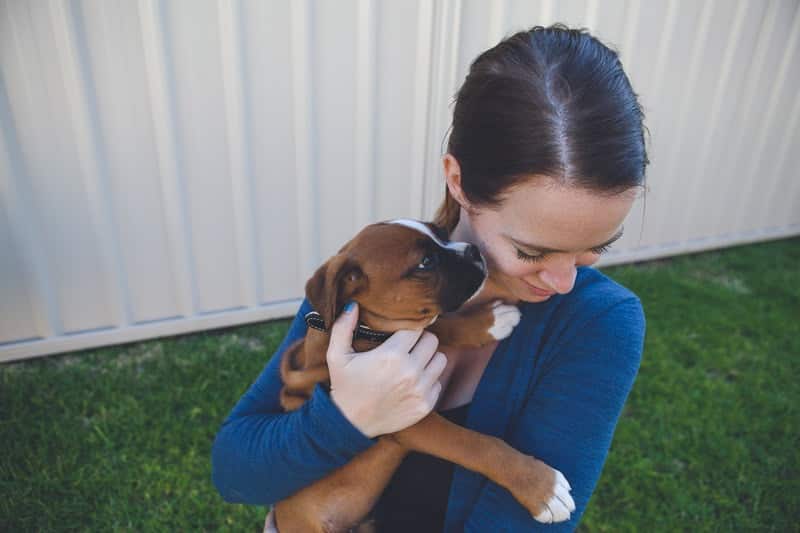 The bottom line on puppy growth

While it’s impossible to know exactly how big your puppy will get, knowing their genetic history and breed will give you a decent estimate. And as long as you’re feeding your puppy a nutritious diet and keeping tabs on their health, there’s no reason to expect they won’t reach full growth potential.

Focus on providing them with the best possible start and you’ll reap the rewards for years to come. Proper socialisation, great nutrition, plenty of exercise, and daily enrichment will help your puppy grow and thrive.

Most of all, have fun with your puppy. There’s nothing quite so magical as that first year of a dog’s life.

Your great dog deserves great dog care. You’ve found the best food, toys, and accessories, and your puppy even rocks their own Instagram—so now it’s time to find them the perfect dog walker or a pet sitter who offers dog boarding! If you’re looking for the best sitters in your area check out Rover.com.

Find your pup’s perfect match, right from your phone—and then hit the road happy.

Many congratulations on your new best friend! Here are some resources to support you and your puppy as you grow together: