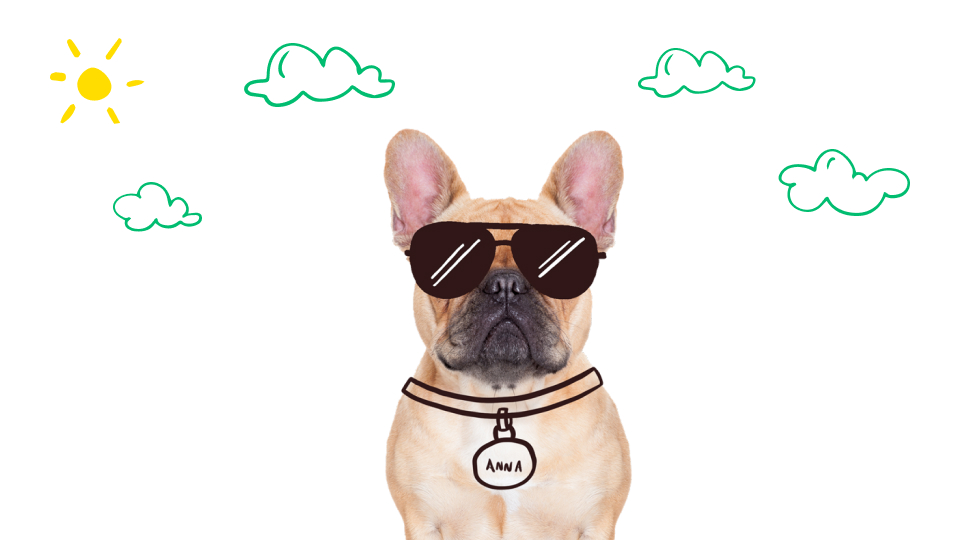 What with their legions of fans, private jets and dodgy track record in the field of naming babies, it can be hard to relate to celebs. But that certainly doesn’t stop us from naming our dogs after them! In fact, it’s not just A-list celebrities—your Tom Hardys, Beyoncés, and your Drakes—who are influencing our decisions, pretty much anyone in the public eye can have a dog named after them these days.

We delved into our most recent data drawn from Rover’s dog name database and found that in 2019 dog owners have been paying tribute to everyone from their favourite trashy TV show contestants to the royal family.

Read on to discover the names and trends that captured the attention of UK dog owners in 2019! 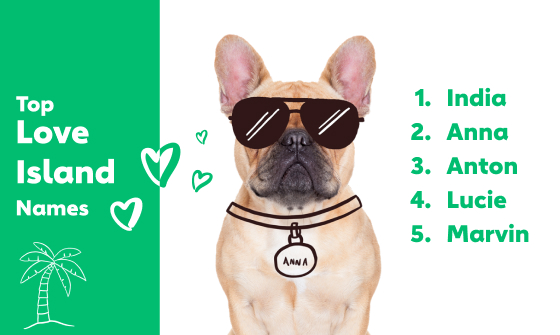 Love Island, the dating reality show where sparks fly and tempers flare, is hot stuff. A record-breaking six million people tuned into the ITV2 reality show earlier this year, and it was 2019’s most-watched programme among 16 to 24-year-olds.

If you’re one of them, here are the Love Islanders who influenced dog naming this year:

There was a drop in the popularity of Chris, Jordan, Joanna, Tommy and Danny, and there were no Molly-Maes this year!

Reality-TV veterans, the Kardashians, are still very much power-players in the domain of having dogs named after them. In the battle of the family members, however, Kim is the most popular amongst dog owners. Here’s how the others rank:

Kendall and Kourtney didn’t even get a look in!

Not every celebrity baby name catches on—we’re looking at you, Apple and Suri—but from this year’s data it’s clear that the picks of celebrity parents have had an impact on the names of furry little bundles of joy across the country.

These are the most popular baby names (and the celebrities who helped them rise in the ranks):

The power of Beyoncé and the Kardashians is here to stay! Long may they reign (Kourtney Kardashian’s son—didn’t make it onto the list).

It may have had something to do with the Royal-baby hysteria that the press would have us believe swept the nation earlier this year, but whatever the reason, according to our data the royal family are so on-trend. These are the royal family members with the most dogs named after them:

Kate isn’t cutting it with British dog owners this year—don’t tell the tabloids.

And that brings us onto television royalty. Holly Willoughby and Phillip Schofield have been presenting This Morning together since 2009 and it’s fair to say they’re daytime TV’s favourite duo. When it comes to whose name is the favourite, however, there’s no contest:

Fans of Good Morning Britain aren’t as enamoured with Piers Morgan this year—Piers is trending down 50% and Morgan is down 43%. Meanwhile, co-host Susannah is up 100%.

If you’re having trouble naming your new dog, the important thing to remember is that your furry special someone deserves a name that reflects both their and your personalities. And keep in mind that the best dog names are the ones that make you smile when you say them!

Also, think about training when you choose your new dog’s name—this is particularly important for puppies. When you’re teaching your new dog to respond to commands like sit, stay, or come, you’ll want to be sure their name isn’t a source of confusion. In other words, avoid puppy names that sound like a common dog training cue, such as “Bit,” which could easily be misheard as “sit.”

If you think you’ve decided on a name, test it out first. We’re fans of the “backdoor test” for dog name selection. It’s pretty much what it sounds like: stand at the back door and call out your new dog‘s potential name. Saying “Stormi, it’s time for dinner!” or “Marvin, leave it!” helps take the name out of your imagination and into reality.

Here at Rover we love searching through our dog name data to discover hot trends, unique choices, and twists on the classics. But if you need more name inspiration, check out our Dog Name Generator! Just enter a few deets about your furry little mate to find out the two most popular dog names for your dog’s breed and gender. We’ll also give you a third, not-remotely-data-driven choice—a wild card, if you will—to get your imagination going.

Good luck, and have fun choosing the perfect name for your new friend.