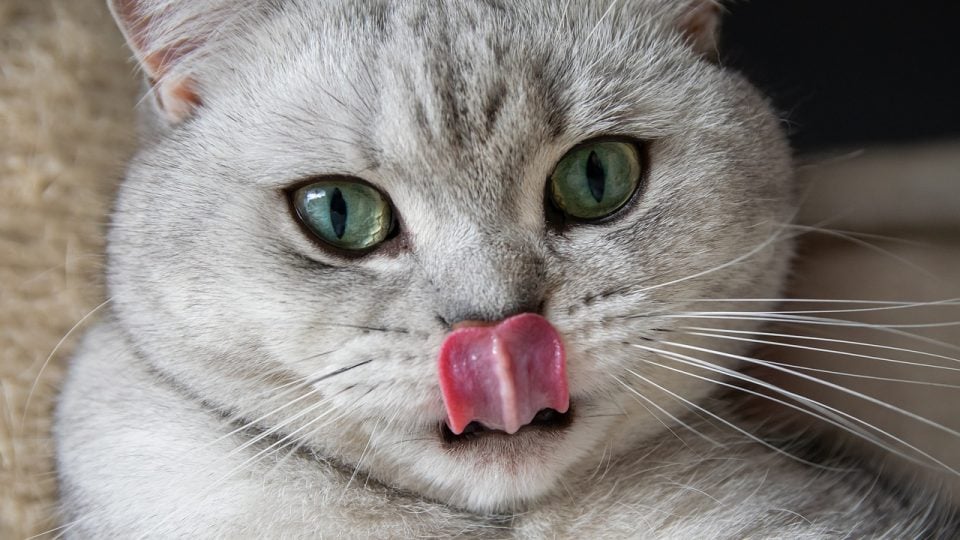 Plastic bags are magical, exciting objects to many cats. Some just love to play with the crinkly bags and bat them around. Others love to lick them. But why do cats lick plastic?

There are a few reasons why cats might lick plastic bags. One of them, according to National Geographic, is an eating disorder called pica. Pica is the compulsion to eat inedible objects, and in this case, it’s driven primarily by texture. A texture-based easing disorder may sound frightening, but it’s not dangerous as long as your cat doesn’t swallow any plastic.

Pica can also drive cats to lick other inedible objects, such as fabric, and it can be caused by a mineral or vitamin deficiency. If you aren’t sure if your cat is getting all of the vitamins that they need, it’s worth consulting with your vet.

There are other theories as to why your cat loves to lick plastic, too. One of them points to potential food-based components and smells in plastic bags. Some plastic bags are made with corn starch, while others are made with tallow (animal fat). Some bags are coated with fish oils to make them easy to open.

The magical lure of plastic bags may transcend the bag’s components, too. After all, plastic bags also carry the scent of whatever they once held. If they ever held meat, cat food, or anything else intriguing, a cat nose can easily pick that scent up.

Another theory holds that cats lick plastic simply because they enjoy the fun, crinkly texture and noise. Many cat toys even use crinkly material inside to utilise the same exciting noise.

Whether your cat licks plastic due to pica, because they smell something intriguing, or because they love the sound it makes, as long as they don’t swallow any plastic, it is a relatively harmless behavior. Still, it’s a good idea to keep plastic bags tucked away for safekeeping. 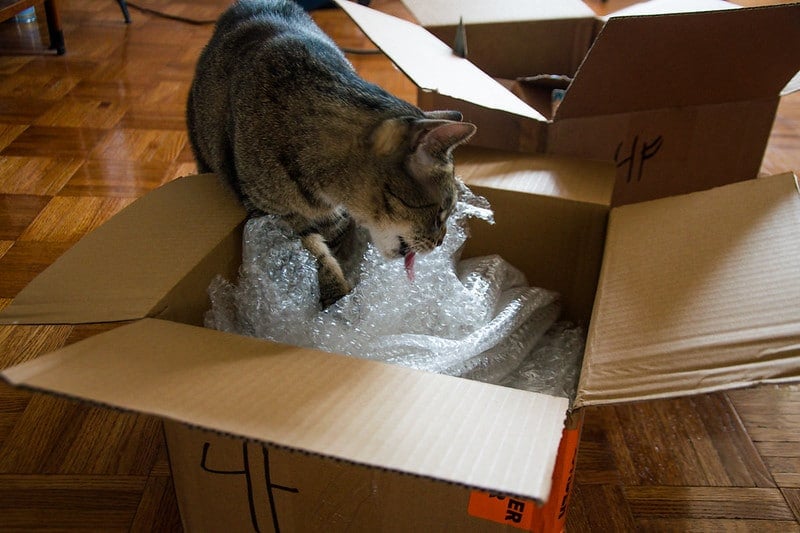 Is it bad for cats to lick plastic?

Licking plastic isn’t bad in and of itself, but ingesting it can be dangerous for cats. If your cat is eating and plastic, it could cause intestinal blockages. It’s important to make sure your cat doesn’t swallow any plastic.

Licking plastic can also be a sign of pica, a texture-based eating disorder. Pica can sometimes be caused by a lack of certain vitamins or micronutrients, so if your cat licks plastic (or other non-edible materials) regularly, it’s worth checking to make sure they are meeting all of their nutritional needs.

There are a few theories as to why cats like to lick shopping bags. One theory is that it is caused by pica, a texture-based eating disorder. Another theory points to certain food-based components that some plastic bags are created such (such as animal fat, fish oil, or corn starch). And yet another theory is that they simply love the fun texture and sound of the plastic.

Why is my cat obsessed with plastic?

Whether they are licking or playing, plastic is a novel, exciting texture for cats. They love the sound it makes, it is full of interesting smells from both the bag and what it once carried, and the crinkly, smooth texture can appeal to cats with pica.

Why do cats lick fabric?

Cats can also lick fabric for a variety of reasons. They may smell something tantalising, or if they cannot reach certain areas for grooming, they may groom other areas (or other things, such as the carpet). A thorough brushing session may help. Cats can also lick fabric as a form of pica, a texture-based eating disorder. While licking is relatively harmless, eating and swallowing fabric can be dangerous to cats.

How do I stop my cat from licking plastic?

Whether your cat is obsessed with licking plastic, fabric, or something else—the first step to changing this behaviour is to limit access. Put plastic bags away, tuck blankets in, and put away string, yarn, or twine. Instead, offer your cat toys that they can safely lick and chew. And, if that doesn’t work, you can deter cats from licking things they shouldn’t by spraying the objects with scents that cats don’t like. PetMD suggests scents such as lemon, cayenne, or rosemary to deter cats from biting, licking, or eating things they shouldn’t.

For whatever reason, plastic is exciting and fun for most cats. It’s important to make sure they don’t swallow any of it, though. Consider keeping things like plastic bags tucked away while your cat is unattended just to be safe—and maybe invest in a new, crinkly cat toy for them to safely chew on.

Want to know even more about why cats lick things, and why they lick themselves? Try the articles below for even more information to your burning questions.