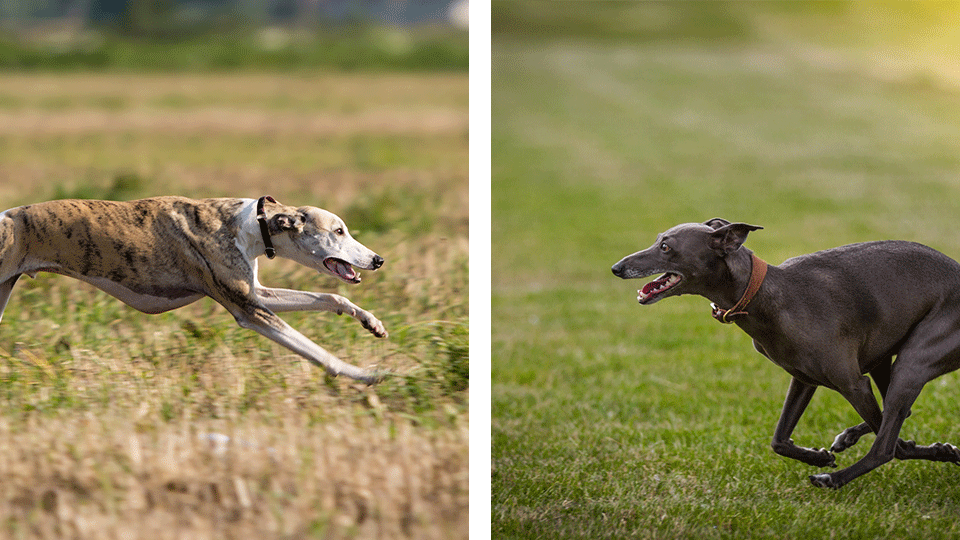 Greyhounds and Whippets aren’t just similar breeds, they’re family! Whippets are actually direct descendants of the ancient Greyhound. These elegant and streamlined dogs are natural racers – you could say they have a need for speed. And it certainly shows – Greyhounds are the fastest dogs on the planet and Whippets aren’t too far behind. But don’t let their racing histories put you off, because their enormous speed is matched with a friendly, chilled out manner making both breeds wonderful family pets. Read on to discover more about these two fascinating dog breeds unique.

There aren’t many breeds with such a rich, historical background quite like the Greyhound. The breed first pops up in the history books in the Middle East and North Africa, has been depicted in ancient Egyptian art and is the only breed mentioned in the Bible – now that’s a claim to fame! Making their way across central Europe, Greyhounds were introduced to the UK in 5th or 6th century AD as sighthounds and quickly became extremely popular for their hunting and racing skills.

The dogs were then brought to the Americas by Spanish and British colonists who also used them to chase jackrabbits and coyotes. Greyhounds were officially used as racing dogs in 1886. Since then, the sport has become increasingly controversial as the treatment of racing dogs has been called into question both on and off the track. Because of this, and the efforts of several dog welfare charities, there’s been a surge in adoption of this breed So if you’re looking to get a Greyhound it’s best to check out the adoption route first.

There’s good reason why Whippets closely resemble the Greyhound – they ’re descendants of the Greyhound and was created when Greyhounds (and later Italian Greyhounds) were breed with fast, long-legged Terriers in the 1700s. By comparison, the Whippet is a fairly young breed and is only a few hundred years old. First gaining popularity in Northern England, they were used to hunt rabbits and other small game which is how they picked up the nickname “the poor man’s racehorse”. Significantly more affordable for the average working-class man than a thoroughbred racehorse, workers would race their Whippets to find whose was fastest or could catch more rats or rabbits.

Due to their high-speed antics, both breeds have a reputation for being high energy but this isn’t really the case. They’re sprinters rather than long-distance runners so as long as they get a good daily walk or two, both dog breeds are happy to cuddle up on the sofa. In fact, Greyhounds and Whippets make great pets for apartment living and are quite the couch potatoes. Don’t get us wrong, they sure do love to run but are more likely to have relatively short bursts of energy rather than endless hours of play.

Due to their strong instincts to hunt out smaller, furrier animals, you should take care when walking Greyhounds and Whippets they have a tendency to chase. Try to avoid where they might sniff out rabbits, or ensure you take a long-line lead with you so they can run around but you can retain control. Alternatively, find a fenced area to keep them from chasing animals they may see as prey.

Both dogs breeds are sociable so they naturally suit a multi-dog household, which is great news if you’re looking to add another pooch to your family but they see small animals as something to chase and catch, so they’re not the best dog breed to have around cats or rabbits. This is especially the case if you’re adopting a former racing Greyhound.

Greyhounds are generally very loving, friendly and with a calm demeanor. They make affectionate family pets and are good with children. At the same time, they can be cat-like and are independently driven and intelligent. They also have a reputation for acting aloof to strangers so it’s important to familiarise your Greyhound with different places, people and situations so they don’t become timid.

Whippets have a similar disposition to Greyhounds. They are friendly, amiable, gentle, quiet dogs. Whippets need to have the same amount of socialisation as Greyhounds. If not, they too can become quite timid. Why not find a sitter who offers dog boarding to take care of yours when you can’t be around—you’ll find lots of great sitters in your area on Rover.com! Whippets are also very sensitive to touch so they may act startled if petted unexpectedly. Neither breed will make a good guard dog as they aren’t known for their bark and they’re more likely to greet a burglar like an old friend than to protect the home.

Whippets are the ‘mini-me’ version of the Greyhound – they’re very similar to Greyhounds but smaller in size. Both have long narrow heads that are wider between the ears. Their muzzles are long and their eyes are large and round or oval in shape. 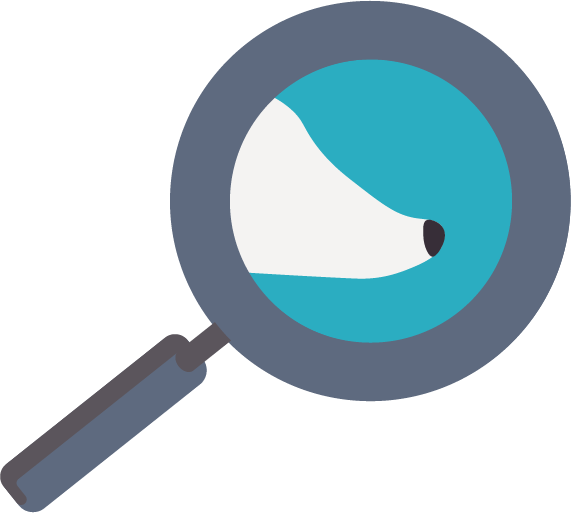 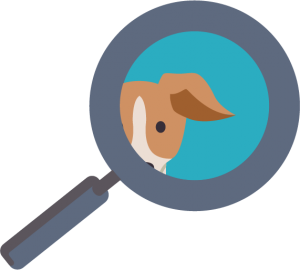 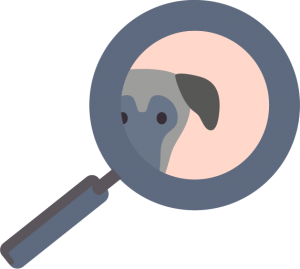 Greyhounds and Whippets both have long, thin tails that are tapered and usually slightly curve upwards. 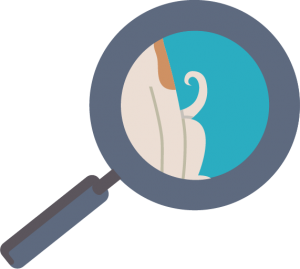 Greyhound vs. Whippet size and colouring 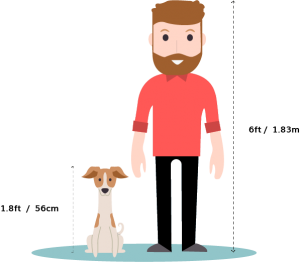 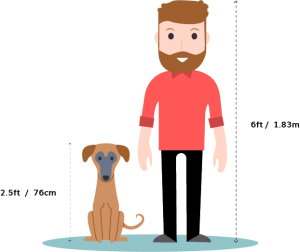 Greyhounds can be any colour including black, fawn, and red with either white or brindle markings. They can also have a striped pattern of one or several colours. Whippets can also have a variety of colours like black, white, red, fawn, cream or brindle and can have a combination of spots, blazes or patches in different colours.

What about Italian Greyhounds?

An Italian Greyhound is part of the Toy dog group, and is slender and smaller in height than the Greyhound. They are approximately 33-38 cm tall and weight between 3.5-8 kg. Their small size means that they were bred solely for companionship and most likely, not for hunting. They are quite graceful and share the same loveable, peaceful temperament to their Greyhound sisters and brothers.

Greyhound vs Whippet coats and grooming

Greyhounds are fairly low maintenance when it comes to grooming. Boasting smooth, short coat that’s easy to maintain, they do still shed so brush your Greyhound regularly to keep their coat healthy. The short coats also mean that they can shiver in cold weather so it’s best to get your Greyhound a warm jacket to wear when it’s raining or snowing.

Whippet’s also have short, smooth coats and are easy going when it comes to grooming needs. Whippets will need to be brushed regularly but they tend to shed a little less than Greyhounds. And they don’t need frequent baths unless they’ve unfortunately rolled in something stinky!

Both breeds have thin skin which makes them susceptible to nicks and scrapes so make sure to check over your pet regularly, especially after a run or woodland walk. A warm jacket will also do a Whippet good in the colder months, too.

Greyhounds have a life expectancy of 10-12 years while a Whippet can live between 12-15 years. Whippets tend to be healthy breeds but may suffer from eye problems, deafness or von Willebrand’s Disease, a disorder that stops the blood from clotting properly.

Greyhounds are also quite healthy breeds but can suffer from hypothyroidism (a hormone issue that can cause symptoms ranging from lethargy to hair loss), osteosarcoma (bone cancer) and hip dysplasia. Both Greyhounds and Whippets can have a sensitivity to anesthesia so be sure to check with your vet before arranging any surgery your pooch might need. They can also suffer from poor dental health so ensure to brush their teeth regularly to keep their pearly whites sparkling.