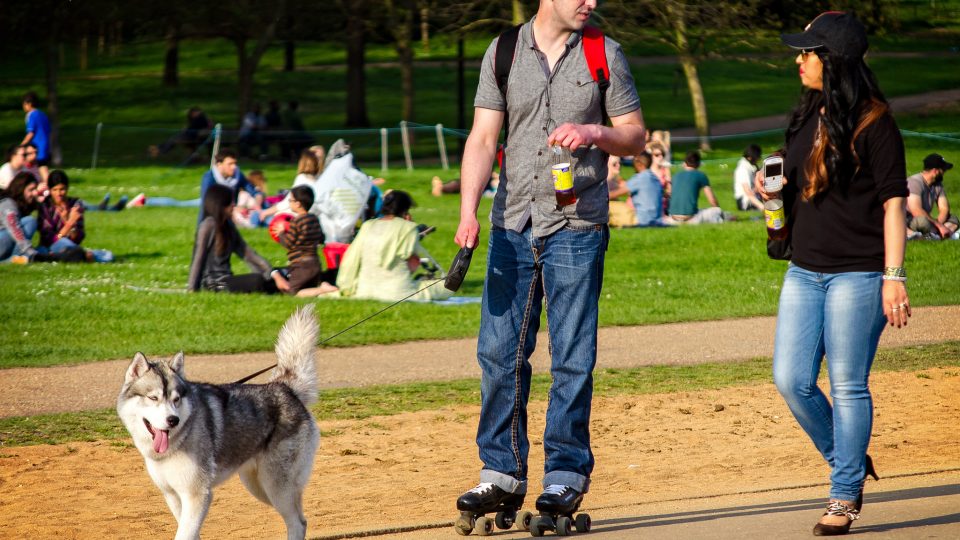 When it comes to walkies, country folk often think they’ve got a better deal than Londoners. They couldn’t be more wrong! Dog owners and their dog walkers have countless fantastic options in the capital, and roughly 47% of Greater London is comprised of green space. So whether you live in The Big Smoke or you’re just visiting, look forward to experiencing some of the capital’s best dog-friendly parks. 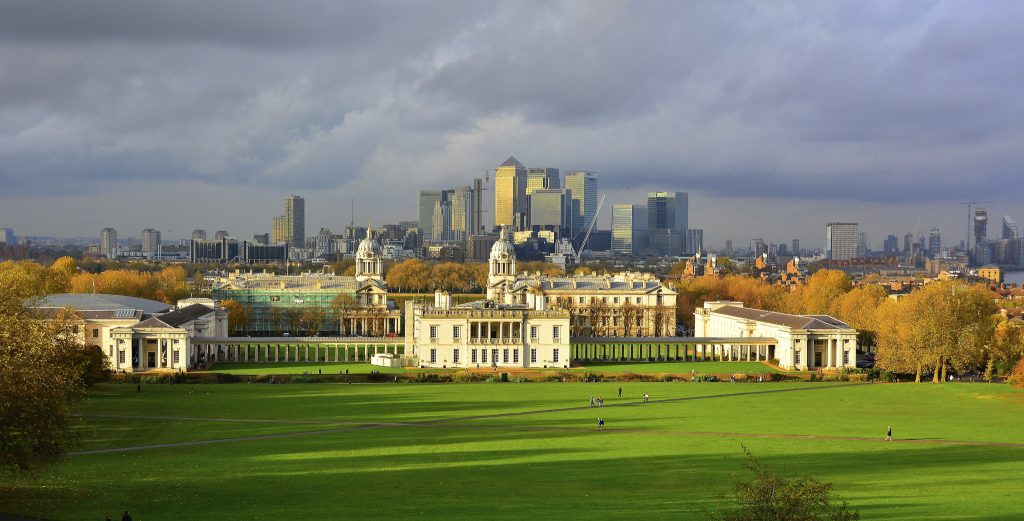 Greenwich Park dates back to Roman times so it’s packed with history as well as a lot of good boys and girls. You can soak in the views of the London skyline across the river as your dog romps around on the slope leading down to the Thames. Home to the famous Meridian Line which divides the earth’s eastern and western hemispheres, the 73-hectare (180-acre) World Heritage Site includes the National Maritime Museum and Old Naval College, as well as vast green spaces, and The Wilderness Deer Park with its small herd of fallow and red deer. The animals are enclosed but it’s still advised to keep dogs away from the fencing. 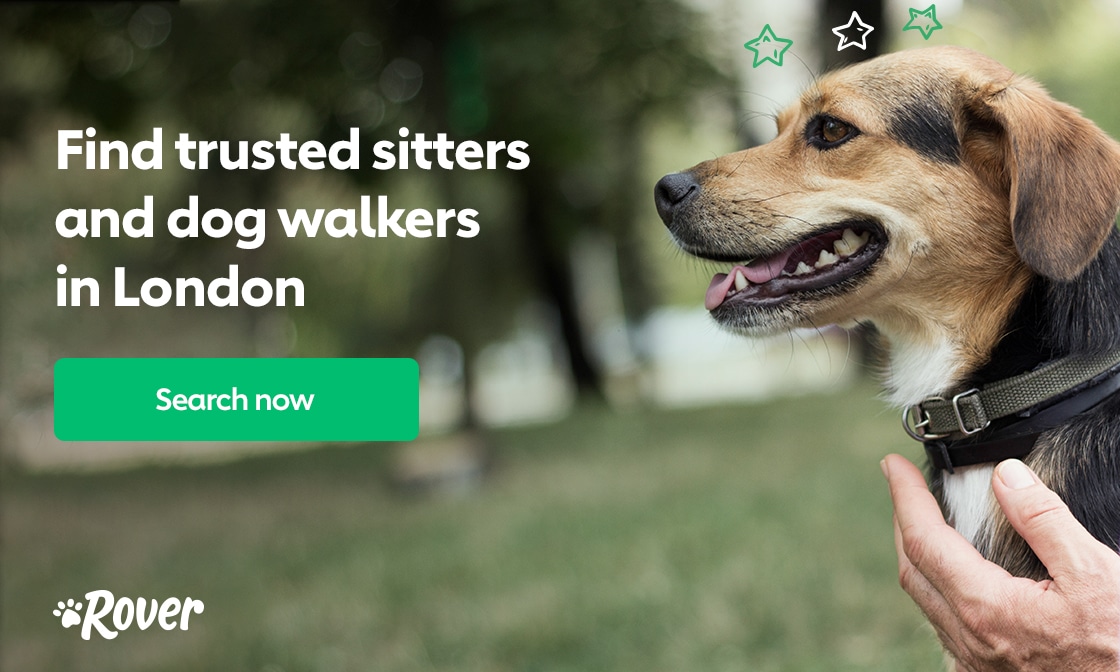 The Flower and Rose Gardens and the Royal Observatory Garden are also out of bounds for dogs but they’re allowed to run around off the lead in the rest of the park. 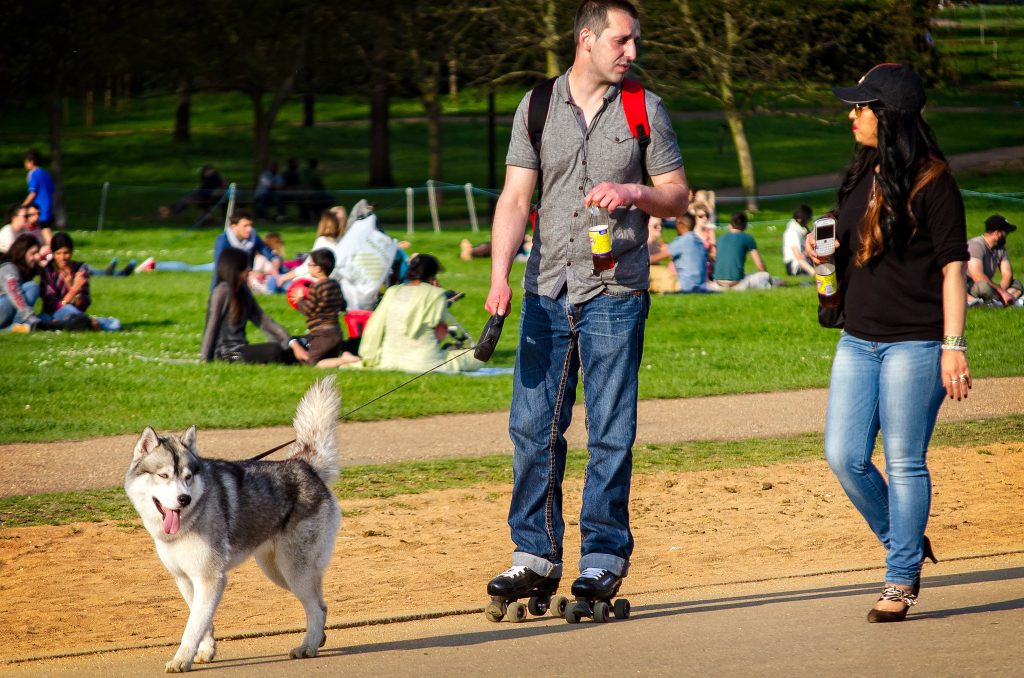 Located slap bang in the middle of the city, Hyde Park is perhaps the best-known park in London and dogs are very welcome here. The vast majority of the massive 141-hectare (350-acre) park is available for dogs to explore off the lead, including the meadows filled with long grasses and wildflowers. There are a couple of areas such as the Diana, Princess of Wales Memorial Fountain where dogs are not allowed but these are clearly marked.

Owners are politely asked to keep their dogs on their leads in the Rose Garden, and on the path along the banks of The Serpentine. Thirsty dogs and owners can stop off at the Serpentine Bar and Kitchen which offers water bowls and tasty meals. 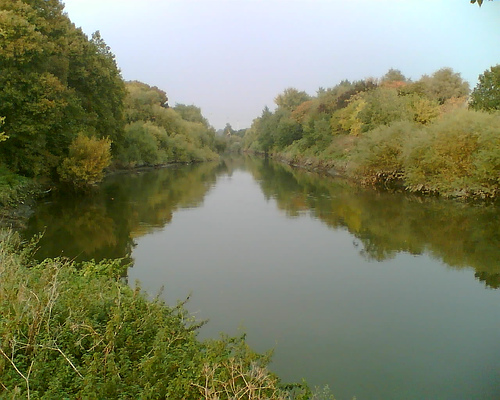 If your dog enjoys a dip in the water head to Hackney Marshes. The area on the western bank of the River Lea has lush grass, reedy marshes, and a scenic river. Dogs are free to run, play, and paddle to their heart’s content.

Take in the spectacular panoramic views across the city as your doggy plays on the summit of grassy Primrose Hill. The park also has meandering paths for walkers and cyclists. If you need a post-walk pick-me-up, it’s a stone’s throw from Gordon Ramsay’s dog-friendly restaurant, York & Albany, which offers treats for dogs as well as their owners. 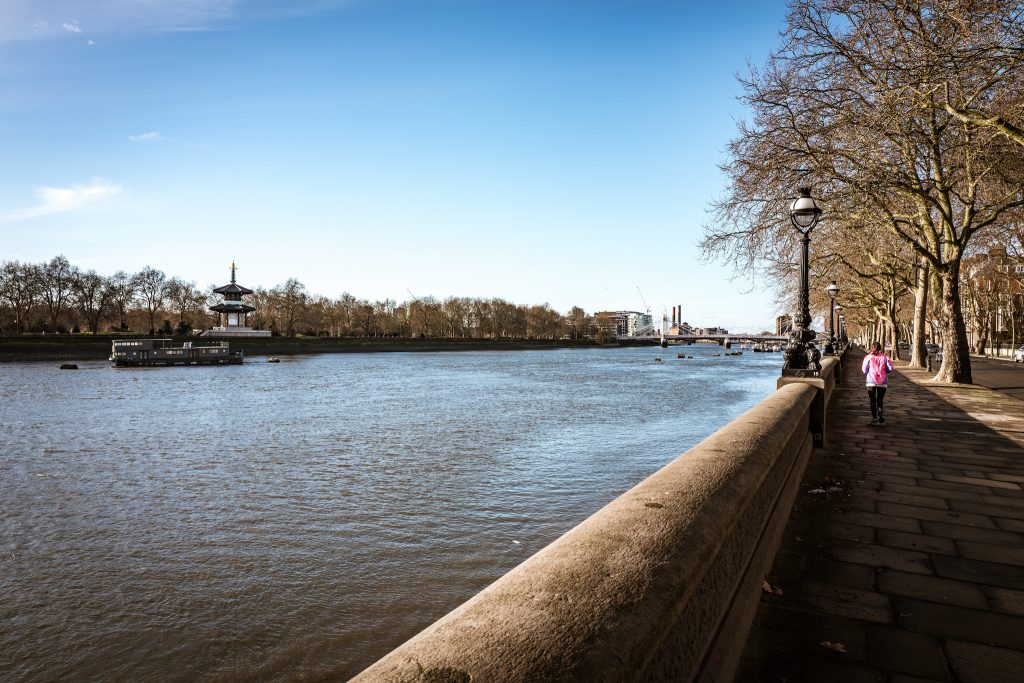 This Thames-adjacent park is one of the best parks you can take your metropolitan mutt to. Battersea Park is very flat with lots of wide open spaces where dogs can frolic and breathe in that salty sea air. Owners might also enjoy its small children’s zoo, boating lake, and all-weather outdoor sports facilities including tennis courts, running track, and football pitches. 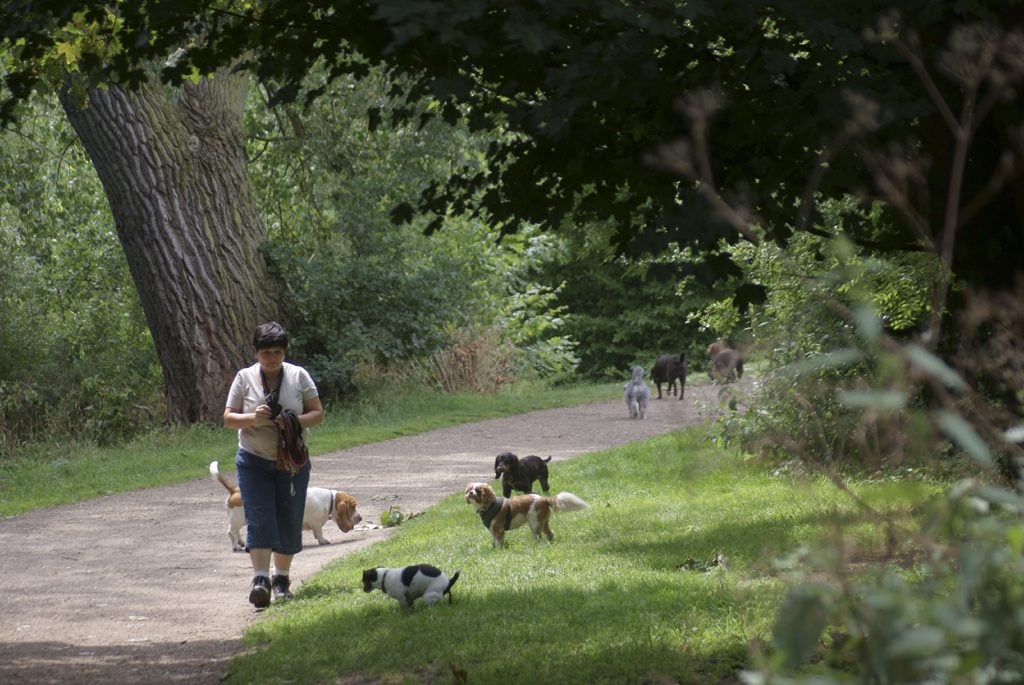 Hampstead Heath is dog heaven. If you’re looking to socialise your dog or socialise with other dog owners yourself, this is the place to go. The humongous 320-hectare (790-acre) park offers wide open spaces for dogs to go nuts in. It’s got woodlands, historical monuments, grassy expanses, and swimming ponds, including one for dogs. There’s truly so much to explore here you can make a day of it as the park is also conveniently surrounded by loads of really good, dog-friendly pubs. 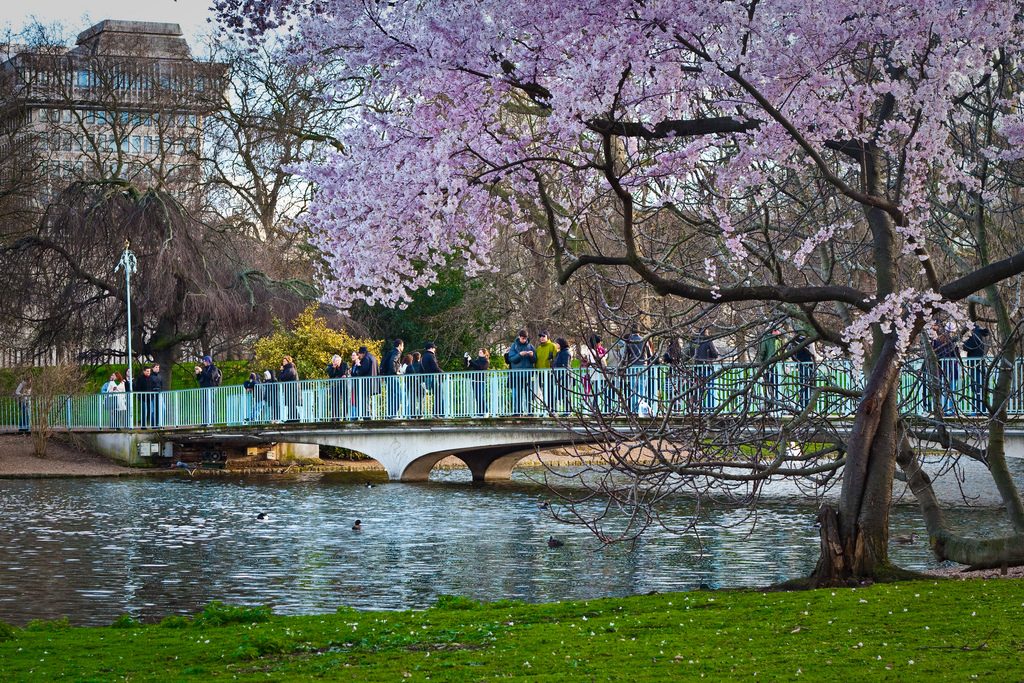 Did you see 101 Dalmatians? Of course you did. Well, a lot of the park action in the film was set and filmed in St James’s Park. It’s the oldest of the capital’s eight royal parks and it’s another biggie at 23 hectares (57 acres). Surrounded by The Mall, Horse Guards Parade, and Buckingham Palace this gorgeous park is an incredibly picturesque spot for walkies.

Dogs are politely asked to stay on their leads on the footpath around the perimeter of the lake and on the Horse Guards Parade Ground, and they’re not allowed in Memorial Gardens in front of Buckingham Palace. 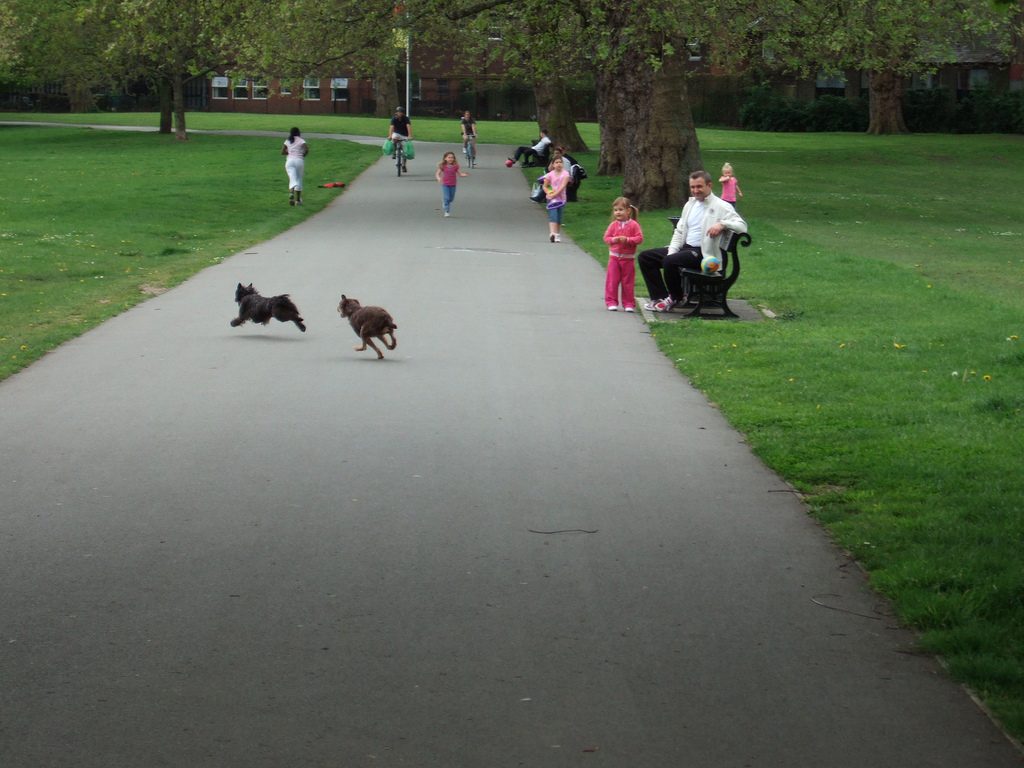 Southwark Park is a Green Flag Award-winning 25-hectare (63-acre) park located in Rotherhithe, in central South East London. As well as being a beautiful spot for your cuddly crew to have a rousing game of fetch in, the park also has a dog-friendly cafe, a bowling green, tennis courts, football pitches, an art gallery, a children’s playroom, and a bandstand that hosts regular events. 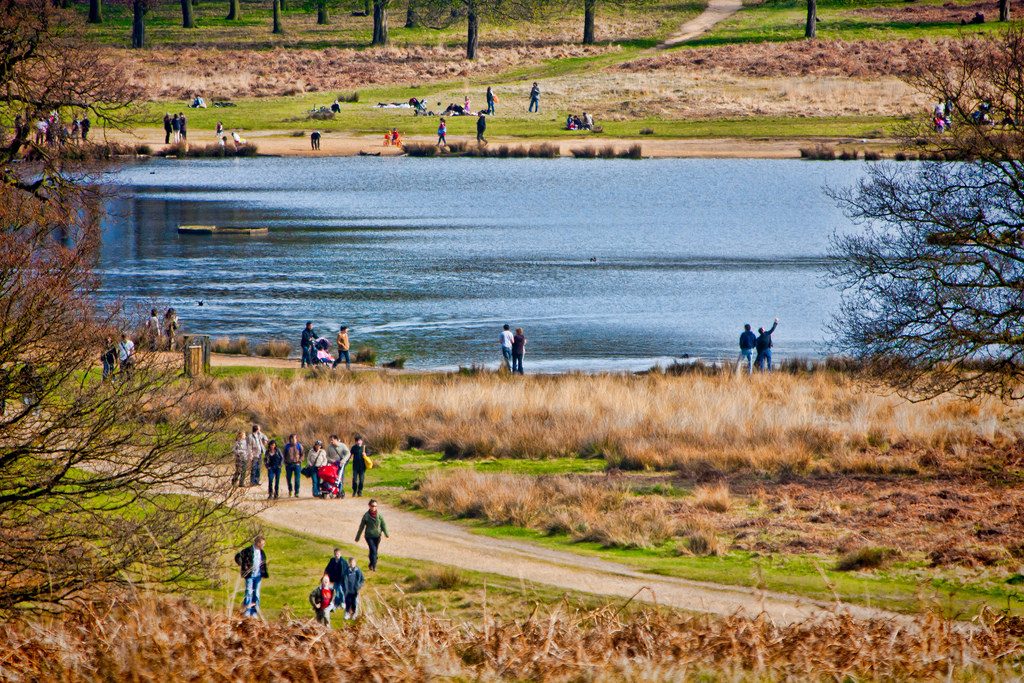 The largest of London’s 8 royal parks, Richmond Park in South West London is an enclosed nature reserve and home to herds of red and fallow deer. Dog walkers at Richmond Park can enjoy free parking and off-lead areas. A full lap of the park is 6.73 miles, but there are lots of shortcuts and alternative routes if that sounds like too much of a trek.

It’s worth noting that the park recommends that you walk dogs outside of the park during the rutting (September – October) and the birthing (May – July) seasons as deer can feel threatened by dogs even over long distances and even if the dogs are on their best behaviour. 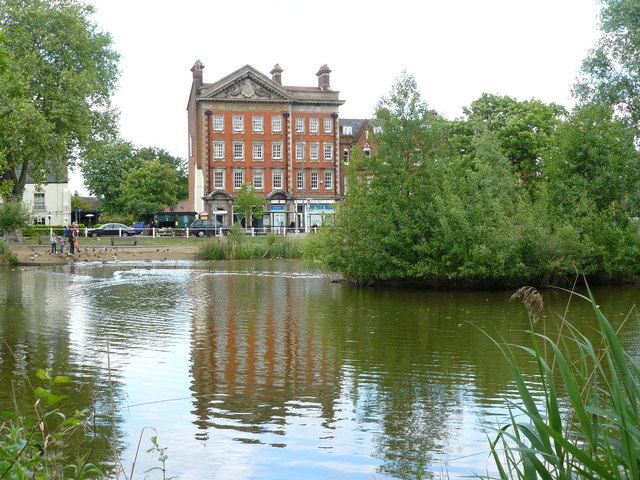 Located in the borough of Richmond upon Thames, Barnes Green is the focal point of Barnes village. After a run around in the picturesque park, hit one of the several dog-friendly pubs in the vicinity, like the cosy Coach and Horses which provides water and biscuits for doggies and gourmet pub grub for their owners.

So what are you waiting for? Get out there and explore all the fantastic dog-friendly parks London has to offer! If you’re a bit pushed for time don’t worry—you can find a local dog walker on Rover.com who will be more than happy to show your dog around. There are plenty of sitters who provide dog walking as well as dog boarding in London (along with lots of cuddles), so why not make your doggy’s day?