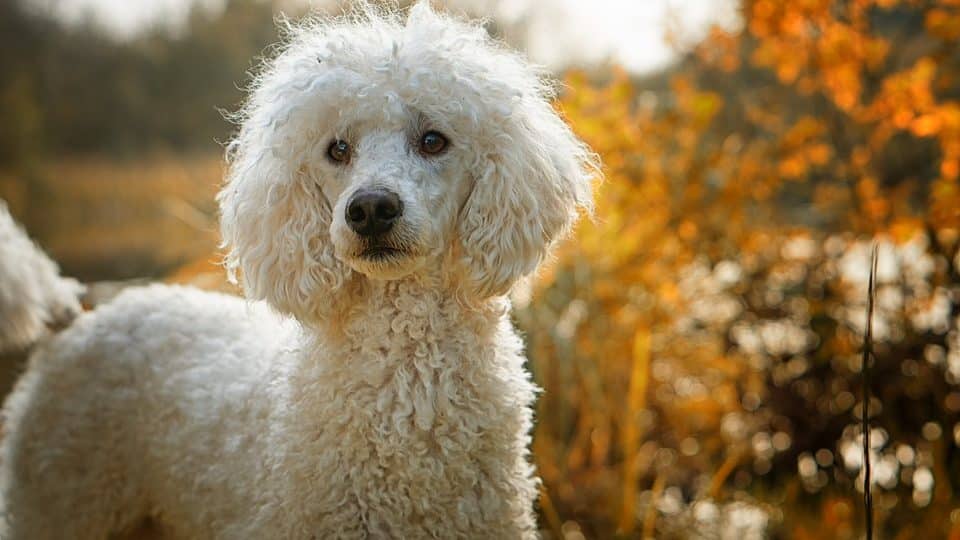 Most of us think of poodles as high-maintenance homebodies who spend more time at the beauty parlour than in the great outdoors. But nothing could be further from the truth!

History of the Poodle

This classic European dog breed has its origins in 15th-century hunting parties when they specialized in waterbird retrieving.

The exact starting point of the poodle breed is up for debate, divided between a French origin (related to the Barbet) and a German origin (from which the name Pudelhund— “splashing dog” comes).

The modern poodle standard includes three size categories. The standard poodle is the closest to the classic and is a member of the sporting group in the AKC. The miniature and toy poodles were bred down from the standard to be family companions, and are members of the companion and toy groups respectively.

The standard poodle was originally bred for a life splashing through rivers and lakes. Webbed paws and a dense waterproof coat make for a strong swimmer. The poodle is also eminently trainable, thanks to a high IQ and an eager-to-please personality.

Although breeders since the 19th century have aimed for a companion temperament over a working temperament, some poodle fanciers have chosen to specialize in reawakening the hunting instinct in their dogs, and have gone on to win titles at field trials. Some poodles even give Labradors a run for their money.

The standard poodle was accepted into the American Kennel Club in 1887 and the miniature and toy types followed quickly behind.

Poodles possess a bountiful, curly coat of hair (not fur). It needs regular grooming, plus trimming, every six weeks or so.

Though many stylish and fanciful show cuts are available, a do-it-yourselfer with a nice pair of clippers can keep a poodle tidy with practice. The poodle show clip is inspired by their water dog history, with puffs of hair to keep joints warm, and shaved areas for a faster drying time.

Corded coats are allowed in the show ring, but take a lot of time and effort to maintain.

In recent times, the poodle’s coat is best known for its ‘hypoallergenic‘ properties. Because poodles lack a fluffy undercoat and are tightly curled, their dander is less likely to spread all over your home.

Regular bathing removes dander buildup, which means fewer allergens for those who are prone to dog allergies. 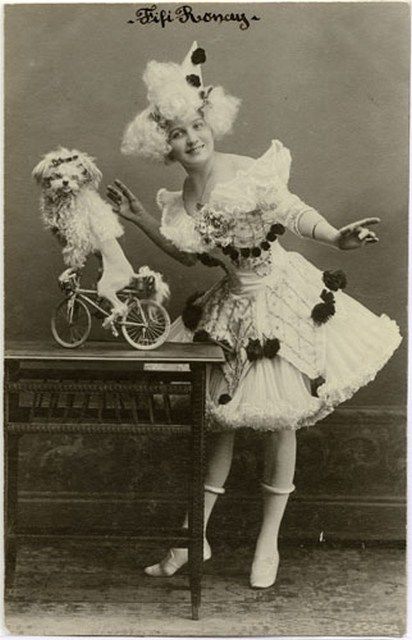 Poodles are second only to border collies in intelligence. That, plus their working heritage, leads to high energy levels and a capacity for any kind of activity or training you can imagine. From hunting trials to agility, flyball, or dock dog, the world is your oyster with a poodle by your side. Heck, you can even run away and join the circus!

As service dogs, poodles excel, through their friendly and inviting appearance means people don’t always take them seriously. Strangers can find it hard to resist petting or touching a poodle even in a working vest. 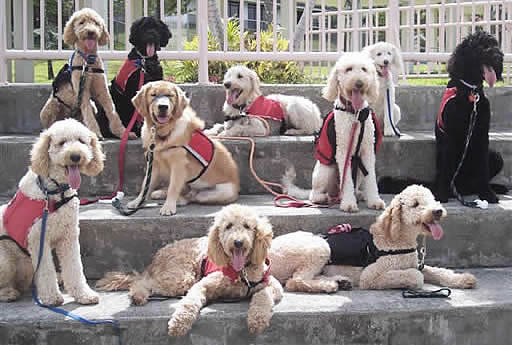 The doodle craze is alive and well. Crossing poodles with other breeds to create less-allergenic hybrids started in Australia in 1988 with the Labradoodle (Labrador retriever cross).

This mixed breed was inspired by the idea of creating a hypoallergenic seeing-eye dog. Since then, Goldendoodles (golden retriever cross), Bernerdoodles, and every-other-breed-crossed-doodle have taken the world by storm.

If you are looking to add a poodle to your family, make sure the parents are tested for the most common genetic issues with poodles, including Addison’s disease and gastric dilatation-volvulus (torsion).

Hyper- and hypothyroidism and tracheal collapse can appear in some breeding lines, as well as some more common issues in large breed dogs such as cancer and hip dysplasia.

These sweet, smart dogs adore being with people and can get bored when left alone so if you’ve got plans and would prefer not to leave yours alone, Rover.com has lots of lovely sitters who offer dog boarding across the country! 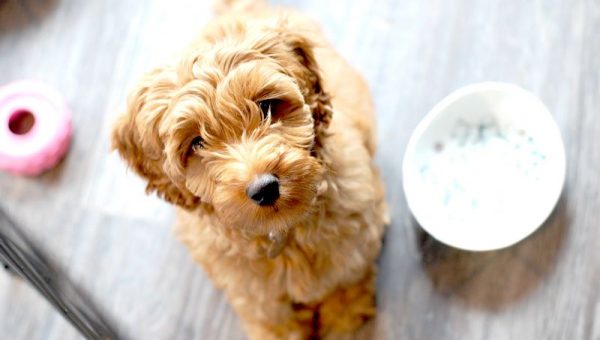