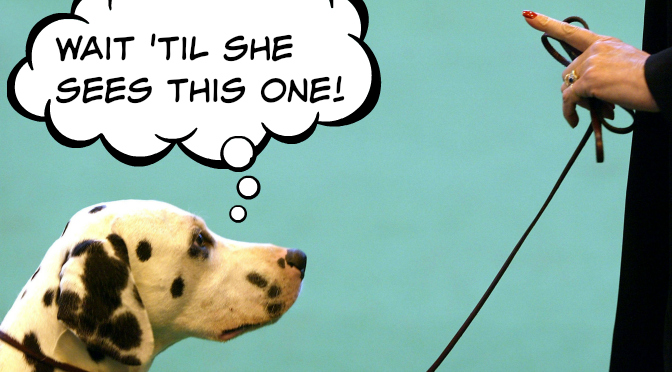 There are plenty of misconceptions about positive-reinforcement training. Some dismiss it as just “treat training.” Here’s why that’s wrong—and why it’s great to stick to the positive approach with your dogs.

Traditional trainers work according to the philosophy of dominance.

Traditional trainers work according to the philosophy of dominance. You’ll hear phrases like: “Be the alpha.” “Be the pack leader.” “Show your dog who’s boss.”

Intimidation, fear, and even pain are the primary tools in the traditional trainer’s kit. This approach is dangerous, however. Dogs are regularly killed, even by “experts,” using these methodologies. They can also result in a dog that fears people or a dog that completely shuts down.

Equipment that causes pain in the name of training, such as prong collars or shock collars, can frequently backfire and makes the problem worse. Scientific research does not support this methodology nor do any of the professional dog training associations.

Research shows that a dog learns more quickly when rewarded for good behaviour.

Positive-reinforcement training, on the other hand, is rooted in behavioural science. Dogs learn new information in two ways:

Research shows that a dog learns more quickly and effectively when they are rewarded for good behaviours, not punished for bad ones. 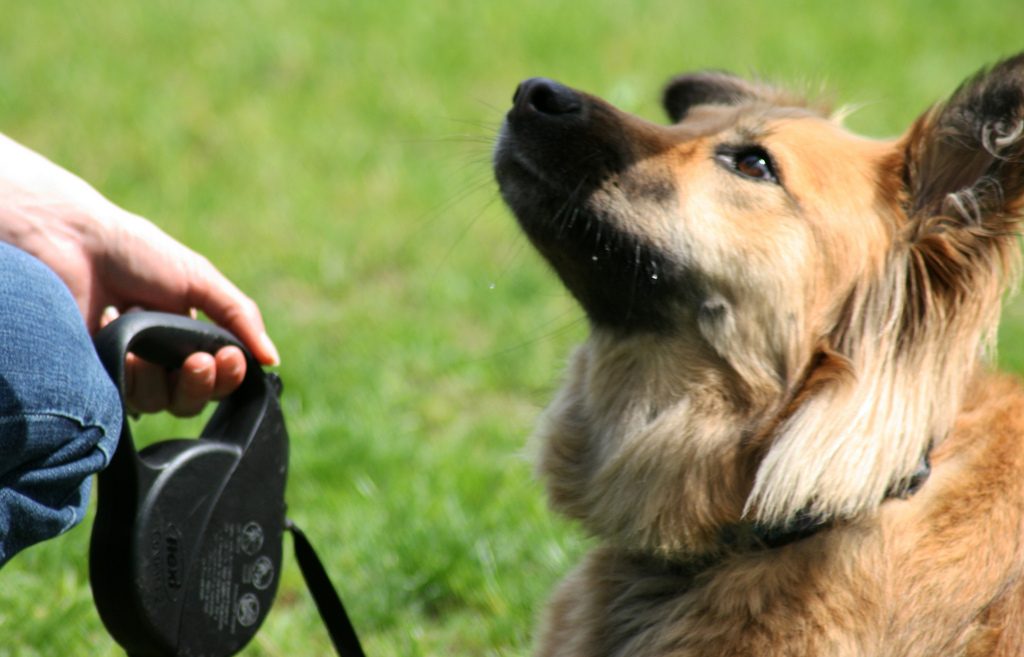 The more a dog is rewarded for an action, the more frequently he will practice that action, as long as the reward was sufficiently motivational.

And if the dog performs a behaviour we don’t want, that works on the concept of rewards, too.

An undesirable action occurs when a dog tries to reward himself with something. Perhaps he seeks attention or food from the table, perhaps he wants to go faster on a walk, or perhaps he wants to run to say hello to a friend when he’s off the lead instead of coming when you call. To change the behaviour, we withhold the reward until the dog offers a more desirable behaviour.

For example, if a dog attempts to jump on the table to eat your sandwich, you should immediately interrupt him and remove him from the room. After a 30-second break, allow him back into the room and ask him to sit or lie down. If he does, reward him with a treat of his own.

In my dog’s mind, I am clearly saying that jumping up on the table results in nothing fun. However, calm behaviour around the table pays.

Dogs who will only sit if there’s a treat haven’t finished learning.

There are dogs who are actually learning a new behaviour; and there are dogs that are simply doing what they can to acquire the reward. These are dogs who will only sit if there’s a treat. They haven’t effectively learned how to complete an action on their own. 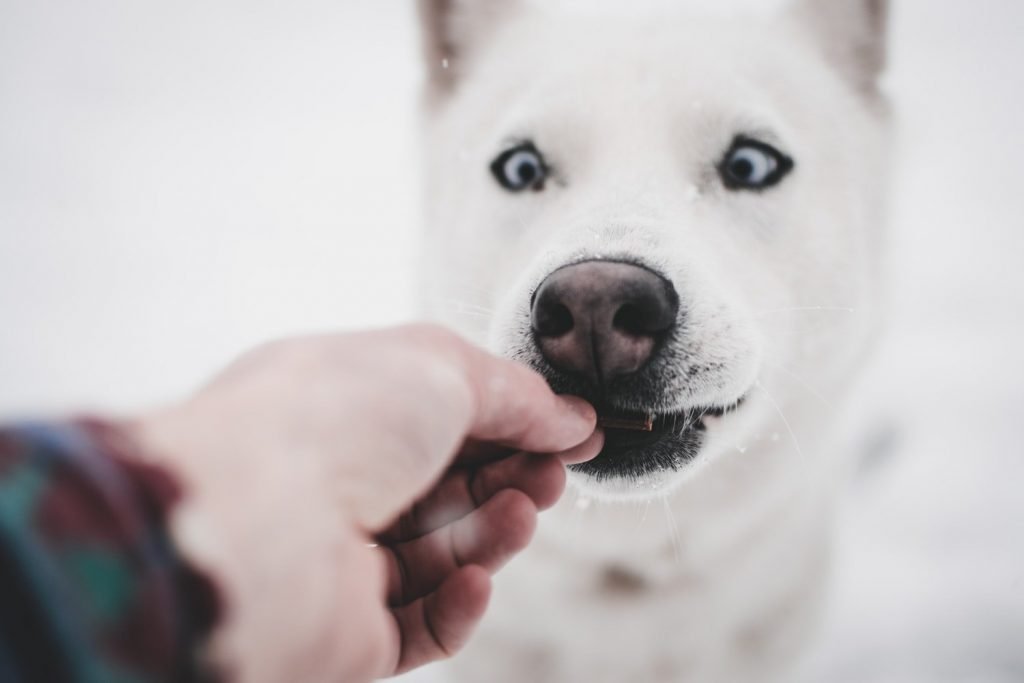 How to use rewards effectively for dogs

Use science to your advantage! These tips on using rewards will help change your dog’s behaviour for the better:

Even after your dog is an expert at a behaviour, never forget the power of praise and the occasional additional reward.