Dogs have a superpower, and it’s their sense of smell. Recent research proves it; I couldn’t put down this truly fascinating book about it (who knew?). Check out the evidence. In a video released by the Penn Working Dog Center, Ohlin, a 17-month-old chocolate lab, prances around a metal table with small cages jutting out at even intervals. He sniffs each cage as he passes, then plops down on his rear in front of one, taps it with a paw, and looks up at his handler as if to say, “Bingo!”

Canine scent detection: how your dog’s super sniffer could save your life

Ohlin is part of a study to examine how dogs can detect ovarian cancer, a notoriously hard-to-diagnose disease that affects over 20,000 women in the U.S. each year. The study is based in the hypothesis that cancerous cells emit particular gasses and compounds that have a distinctive smell. Dogs are uniquely suited to detect such smells, thanks to a complex olfactory system that helps them pick up scents we humans would never notice.

Why your dog is a better smeller than you

Anyone with a dog who spends several minutes analyzing the neighbor’s lawn, or launches himself face-first into a seemingly innocuous plant only to emerge with a mouthful of cat poop, knows how astute dogs’ sense of smell can be. Your dog’s sense of smell is 10,000 to 100,000 times more acute than yours, thanks to 300 million olfactory receptors in his nose, as compared to five or six million in yours.

Your dog is also hardwired to pay more attention to how stuff smells: the portion of his brain devoted to analyzing scent is proportionally 40 times greater than yours. It’s this powerful smelling set-up that makes certain dogs excellent candidates for cancer detection.

Of course, some dogs are better smellers than others, and the majority of scent-detecting studies use breeds especially known for their tracking abilities like German shepherds and labrador retrievers. In an interview with PBS Newshour, Penn Vet director Dr. Cindy Otto notes, “Not all dogs can do this. It takes special training.”

Cute as it may be to imagine your dog in a white lab coat and stethoscope, the reality is likely to be much more, well, scientific. As Dr. Otto told the New York Times, “We don’t ever anticipate our dogs walking through a clinic, but we do hope that they will help refine chemical and nanosensing techniques for cancer detection.” 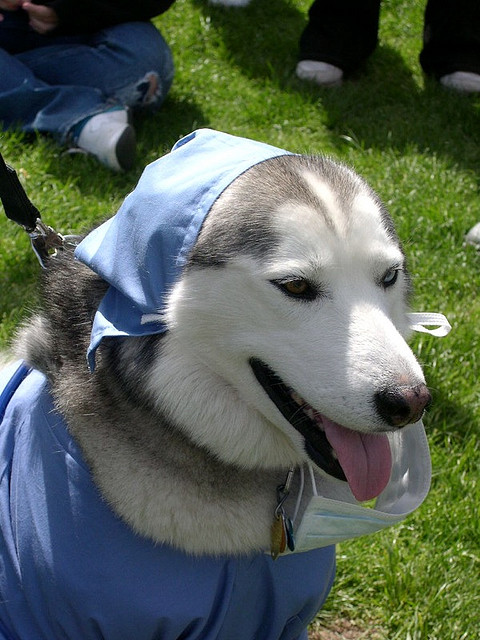 Dogs will never take the place of technology in medical settings, but there have been many successful studies that prove dogs have what it takes to identify cancer, and scientists hope to harness this evidence to create better and more accurate cancer-testing technologies.

The Penn Vet Working Dog Center and associates hope to have a mechanical ovarian cancer-detecting prototype—a sort of “electronic nose”—finished within five years. It’s tools like this, inspired by dogs but operated by humans, that are most likely to be implemented in cancer diagnoses in the future.

What your dog’s nose knows

Although your dog will most likely never see the inside of a cancer lab, you should pay attention if he starts fixating on a particular spot on your body. There are plenty of stories out there about dogs detecting cancer in their owners, and these stories are what led researchers like Dr. Otto to research canine scent-detection in the first place. Consider Daisy, the cancer-sniffing dog in England who alerted her owner to a tumor in her breast and has successfully detected more than 550 cases of cancer in humans since.

By now you may be wondering, if dogs can detect changes in the chemistry of my body, does my dog know I’m pregnant? Studies of dogs’ pregnancy-detecting power are so far limited, but the same factors that help them detect cancer likely clue them in to pregnancy, as well. Pregnancy causes hormone surges dogs have the olfactory system to sense, as well as behavioral changes (fatigue, mood swings, etc.) they have the emotional intelligence to notice. Your dog may not have the vocabulary to tell you, “Hey, there’s a bun in the oven,” but she can definitely tell when your scent and behavior have changed, and may act differently as a result.

When you think about it, dogs’ ability to detect changes in our bodies makes perfect sense: a highly-refined sense of smell paired with a highly empathetic relationship to human companions means they know when something is up. Of course, you should never let your dog take the place of medical attention. But the work of researchers like Dr. Otto and her team of canine super-sniffers may lead to great advances in medical science, proving what pet owners have known for a long time: dog is truly humanity’s best friend. 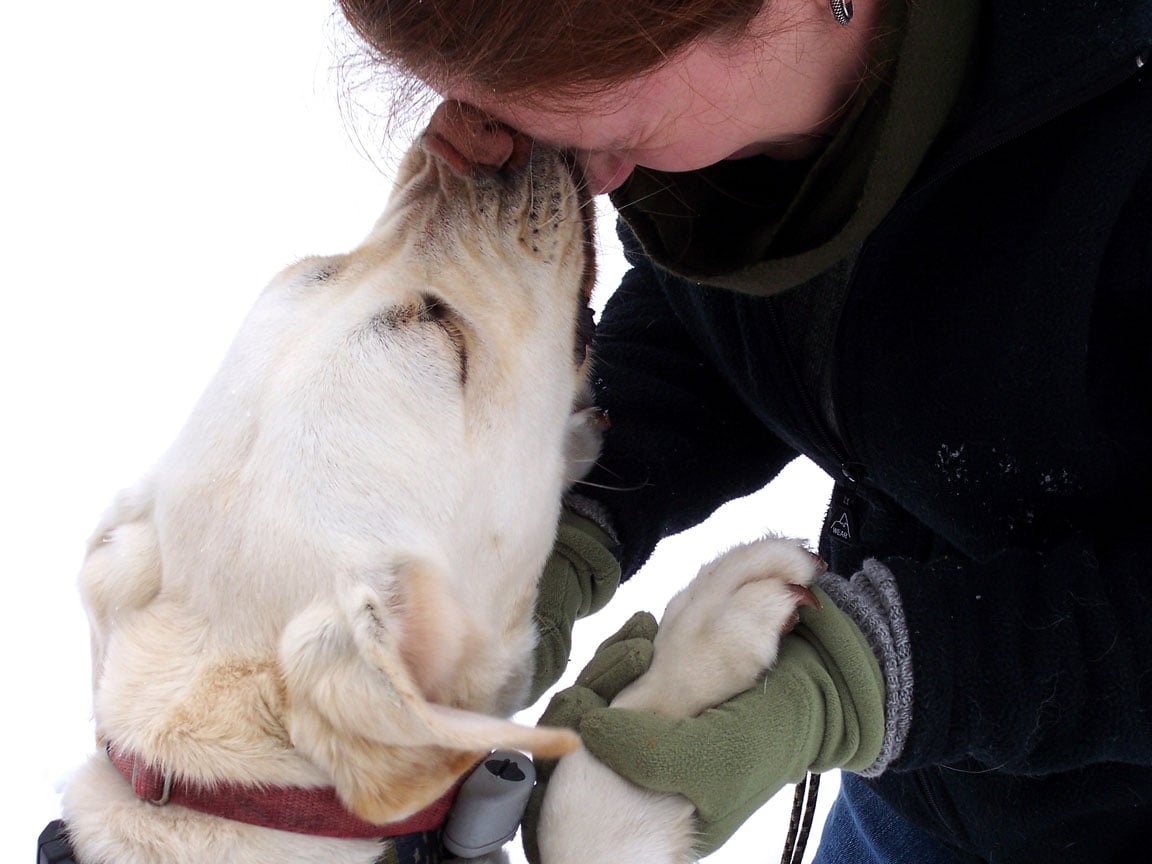