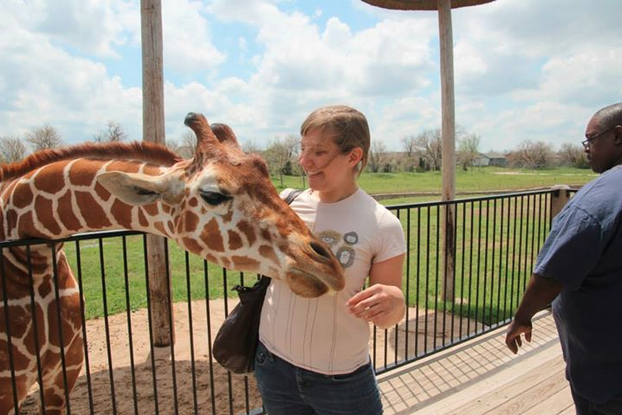 Spending a year with meerkats, wolves, and goats gave me invaluable tools to be a better pet parent. After graduating with a degree in wildlife ecology and interning in wildlife rehabilitation, I spent a year at the Point Defiance Zoo in Tacoma, Washington as a temporary zookeeper. I didn’t expect the care and behavior of wallabies to be relevant to puppies, but it turned out to be surprisingly so.

Lessons in pet parenthood from a part-time zookeeper

Every animal needs an outlet for his instincts

Almost everyone with a dog has experienced it: you come home to discover a floor covered in pillow stuffing, or you spend half of your walks fighting with squirrels for your dog’s attention. The main thing I learned as a zookeeper? Every animal needs an outlet.

For zoo animals, when they don’t get proper outlets, they start what we call stereotypic behaviors. Think of the classic images of old, neglected zoos with tigers pacing in concrete and iron cages. Modern zoos, on the other hand, have enrichment programs to engage the minds of the animals in their care. 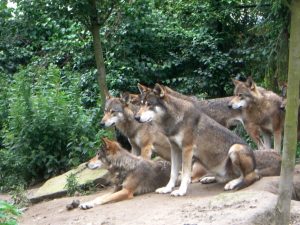 With our canine friends, those instincts can manifest in the destruction of the couch or chasing a cat. Canines, wild or captive, have five stages of the hunt that they need games and toys for: Search, Stalk, Chase, Bite, and Dissect/Consume. At the zoo, our wolves adored destroying cardboard boxes, chasing their siblings around the enclosure, and getting huge beef bones that they could gnaw on. Because you can get close to dogs, it’s even easier to create games that give them a similar outlet.

For search, you can hide treats and toys around the house. For stalking and chasing, you can build or buy the dog equivalent of a cat dancer, called a flirt pole, or play fetch. There are lots of puzzle toys, like Kongs or Buster Cubes, that let your dog search, chew, and dissect. Have a fun idea for instinct outlets for your dog? Share it in the comment section!

We may have created dogs that weigh two pounds and professionally hold down the couch, but they still share behaviors with wolves: one of our wolves would even play bow and jump around in a circle in reaction to a quick crouch by a keeper. Another important lesson:

Forget about being alpha dog of your home’s pack

Wild wolf packs, including our zoo’s captive packs, are made up of family groups. Mom and dad may reign, but I watched the father wolf share his dinner with his pups. In other words, there was none of the vying for supremacy or alpha rolling that Schenkel’s classic 1947 study of unrelated captive wolves says we should inflict on our chihuahuas.

I know it sounds obvious, but it’s important to remember. Body language is the universal translator across species, and primate/human body language is often very different from other species. But that’s what our dogs are mainly listening to. It really taught me to have patience when training, because you know what “Sit” means, but to your dog it may as well be, “take the cover off the trash can and eat yesterday’s leftovers.”

You can teach an old dog new tricks 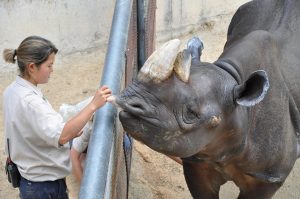 Speaking of training, I’ve met plenty of people that feel like their dog is untrainable because he’s too old, a small breed, a rescue, or a plethora of other excuses. Every day, zookeepers train rhinos to voluntarily come up to fences for injections, lemurs to go into crates, and whales to come up for ultrasounds. If a tortoise can do it, so can our dogs. And the best part is the training method: you can’t force a tiger to do anything, so all of that learning is accomplished based on the science of operant conditioning and positive reinforcement. The animal enjoys learning and chooses to participate. Have you heard of clicker training? That was started by Karen Pryor, based on her method of training dolphins!

Because of my year spent with owls, bobcats, and frogs, I became a better pet parent by learning that all animals need to keep their minds engaged, and they can choose to learn in a way that’s fun for both of you. 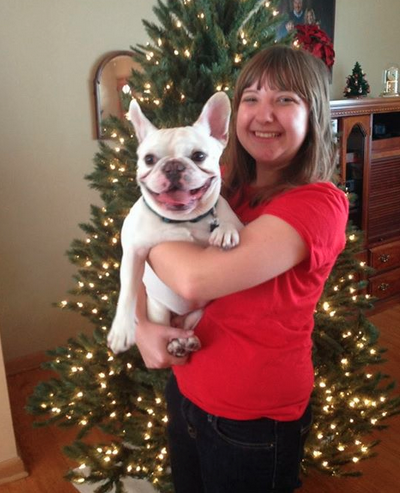