When is a dog harness more than just a harness? When it’s the Wonder Walker halter, which is all the rage in Seattle. It might help that its creators are from the Emerald City, but seriously, is there a Seattle dog that isn’t wearing this halter? (It’s so popular that when we tried to load the webpage, it was overloaded, and there was a note stating that they were behind on larger and custom orders.)

So is this halter made of magic?

Well, it does appear to have some kind of quality that drives dogs and dog owners wild. The Wonder Walker is made by a Seattle company, Dolan’s Dog Doodads, which was started in 2002 by Mary and Tom Dolan.

Mary is a horse trainer and avid rider but was dissatisfied with the dog harnesses on the market because they didn’t do enough to train a dog’s natural push and pull instincts. She developed the Wonder Walker to have a patented “No Pull” design and started making them and selling them locally, getting local trainers to try it out first.

“Horses and dogs are very similar,” says Mary’s son Christopher Paul Dolan, who is now running the family business after his mom retired. “If you’ve done any type of training, all trainers know, dogs have what’s called a pull reactivity, and knowing this working with horses, she designed her harness based on a horse halter, which is why we call it a halter versus a harness.” 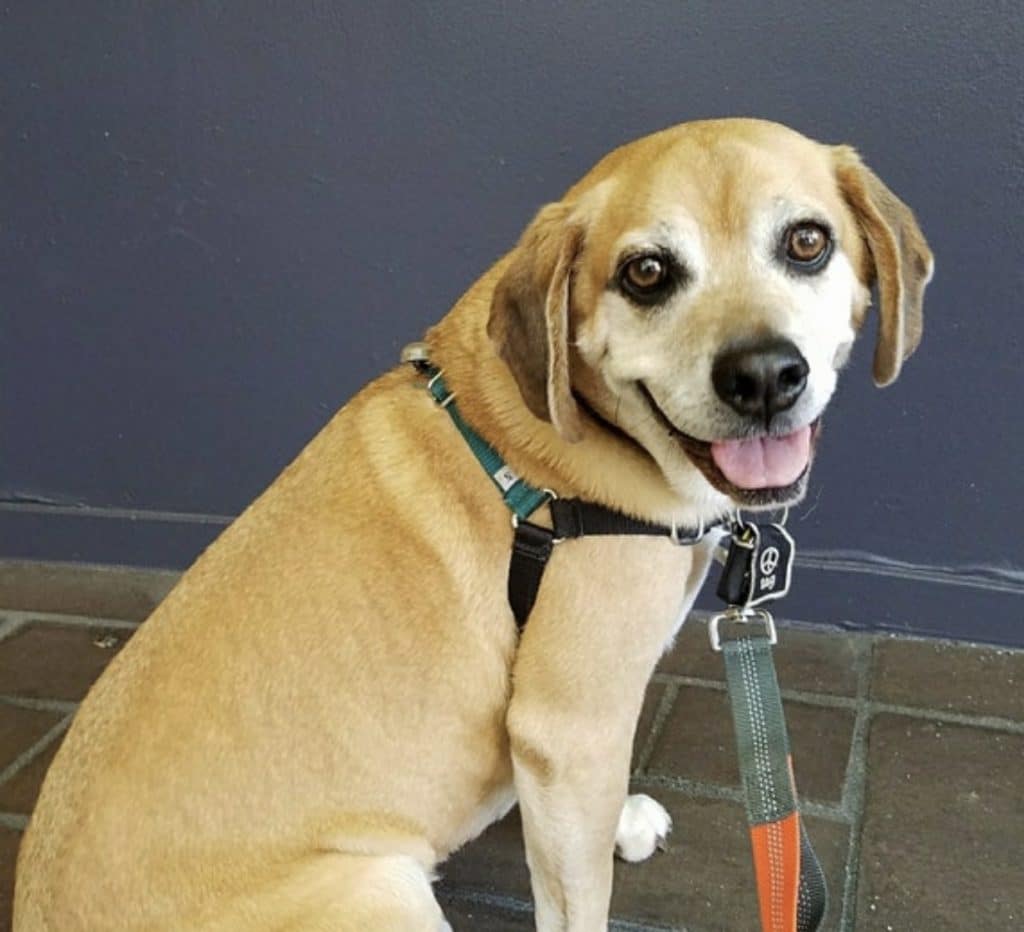 How the Wonder Walker works

At first glance, the harnesses (sorry, halters) look a bit confusing. Though they are simple, there are a few connected parts—a girth strap, and a chest strap, a back strap, and a buckle— and you have to put them on correctly.

A video shows the proper fitting technique (making sure the chest strap ring fits just above the chest bone). It’s a little complicated, but once it’s on, it fits snugly without being uncomfortable for the dog.

The makers claim that the Wonder Walker places the control of the harness around the dog’s center of gravity, rather than around the head and neck, making it easier to move them in the desired direction without pulling or yanking.

They write: “This utilizes a dog’s instinctive push/pull reflex called the opposition reflex — a dog’s natural inclination is to move toward pressure. This reflex is why so many dogs pull while on leash — as you pull, they pull back.” 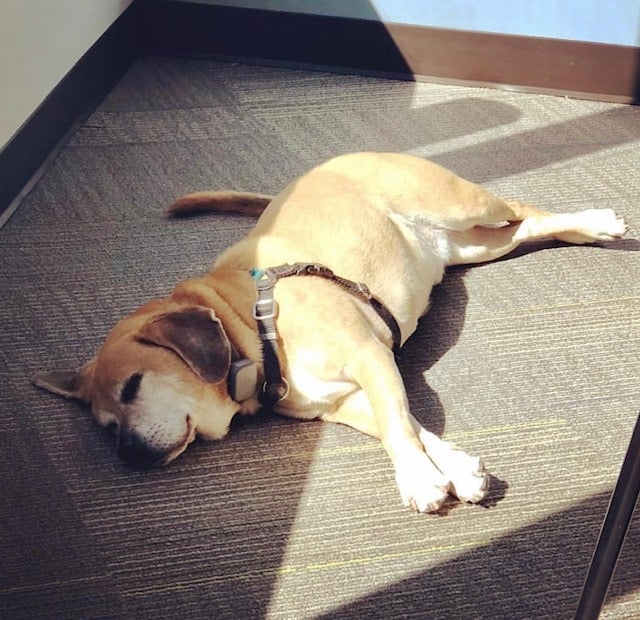 A cult following is born

Everyone seems to love these harnesses; the Wonder Walker was our top pick in a recent review of no-pull harnesses, in fact.

Even my best dog friend Charlie wears a Wonder Walker. Charlie’s mom was told by her agility trainer Cheryl Frantz, owner of Zoom Room in Seattle, to switch to one.

Cheryl said, “Although there are many front-clip harnesses, many are designed to inhibit the dog’s stride and impede their gait. The Wonder Walker sits higher on the dogs and therefore they can reach full strides even while wearing the Wonder Walker harness with no risk of damage to the shoulders,” she said. “This is our #1 harness and go-to training tool and over 85% of all our dogs use the Wonder Walker.”

Indeed, the locally made halters are seemingly everywhere in the city—Christopher says they’ve sold between 50,000 and 75,000 annually. Vanessa Tretton who runs a private dog sitting and walking service says, “three-fourths of my families use them.”

Tretton likes how gentle they are—especially “how they have no contact with the dog’s neck.” It creates a less-is-more approach to training. “If one is really connected to the dog, you don’t need much of an apparatus, a gentle tug is all that is needed to communicate to the dog what is wanted,” Tretton says. 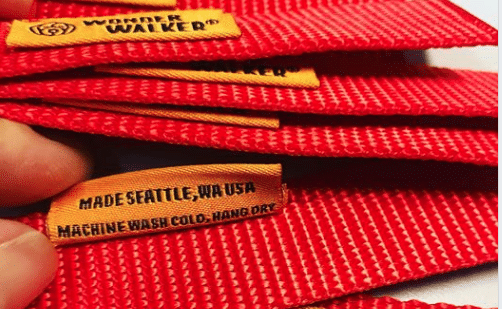 Here at Rover HQ the harnesses are very popular, and many Rover employees favor the device. Mayme uses a Wonder Walker on her adopted Puggle, Budley. “I tried SOOOOOOO many front harnesses because we HAD to have one because of the pulling. I hated how big they were, how gross they got and how complicated they were. They all took up so much space on his body and rubbed,” she says.

She counted off the ways that made her love the Wonder Walker: Ease of use, they are lightweight, the fun colors and range of sizes for awkwardly shaped dogs like Budley, and the lack of cloth means it never smells. “He wears it all day at work and is comfortable. Most others, you have to take off,” she says.

Where to get the Wonder Walker

The Wonder Walker is so special that it is only sold through select local locations, specific dog trainers, through the company’s own website, and occasionally at a specialty pet e-retailer like Muttropolis. (Update: the Rover store recently started carrying Wonder Walker harnesses, car straps, and other accessories, so you can get one there, too.)

There are similar knockoffs on Amazon and Chewy but the folks behind the Wonder Walker, which costs $25.99, will also do repairs and alterations for $14. And, as noted earlier, they make custom-fitted harnesses.

In addition to the Wonder Walker, they also make leashes, girth strap padding, car straps to make sure Fido is safe in a car, swivel couplers, and more.

Though they are sold at independent pet store chains like Mud Bay, Christopher Paul says that they steer away from big box stores (and that would include Amazon) to keep the quality high and keep the business local and family-run.

But, he says, that hasn’t stopped their growth. “As I get new employees, as we’re growing one thing that they always say—it’s kind of like when you get a new car, you start to notice those cars. What they say is, ‘Now I’m around this harness, I see these harnesses everywhere.'” And we bet you will too! 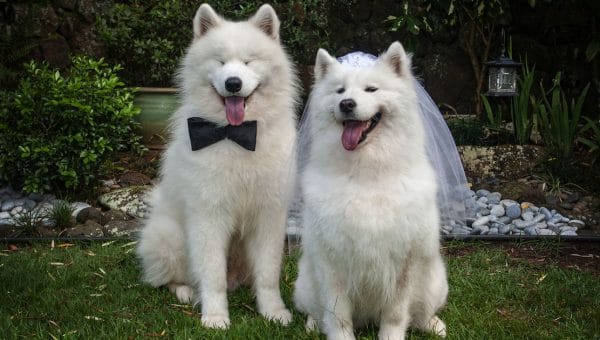 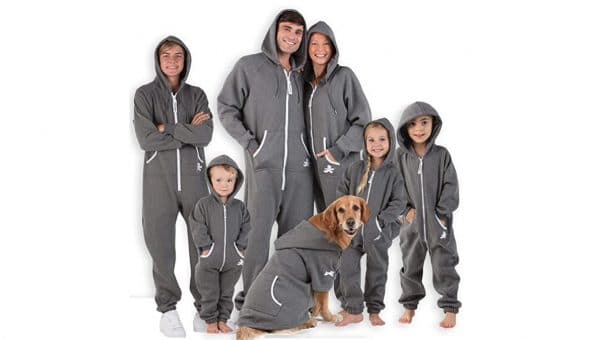