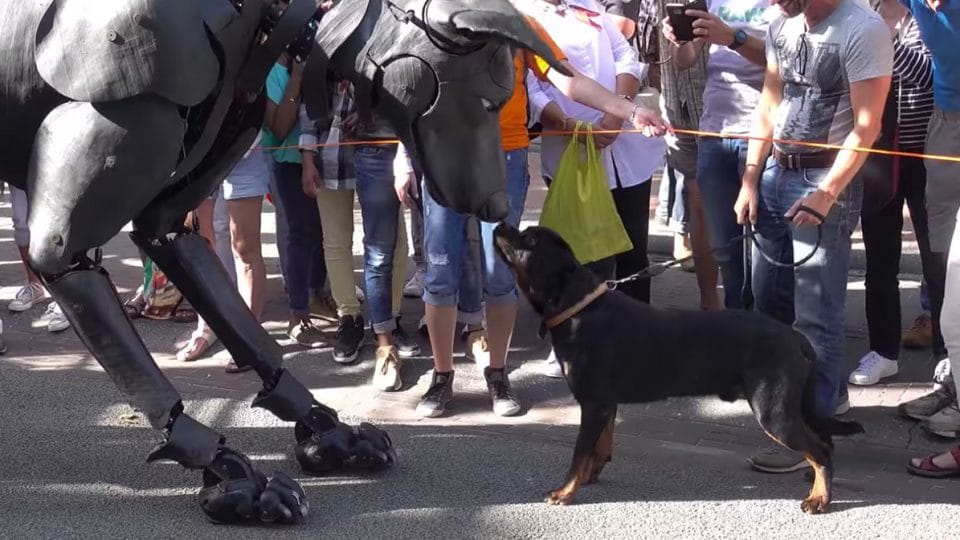 A French theatre company called Royale de Luxe recently blew a Rottweiler’s mind. This real-life doggo got a chance to meet Xolo, an incredible 10-foot tall dog puppet that stars in the company’s recent production, Sea Odyssey, and it’s all on camera.

The encounter happened during a recent performance in Leeuwarden, Netherlands. The giant puppet is a Xoloitzcuintli named (wait for it) Xolo.

Sea Odyssey stars Xolo, a girl, and a deep-sea diving uncle. It was created to commemorate the 100 year anniversary of the sinking of the Titanic and debuted in Liverpool.

Xolo looking majestically over the crowd

The amazing puppet requires 21 “lilliputians” to operate, as well as a large crane to support it. Xolo is mostly made of papier mâché and is a little lighter than the girl and the diver. The entire crew consists of 110 puppeteers and over 30 vehicles, including a boat!

Xolo having a drink

If you have a real dog who deserves as much attention as Xolo, hire a lovely dog sitter to take care of your little angel while you’re gone. Rover has the largest sitters of dog sitters and walkers in the UK and each one is approved by members of our team! 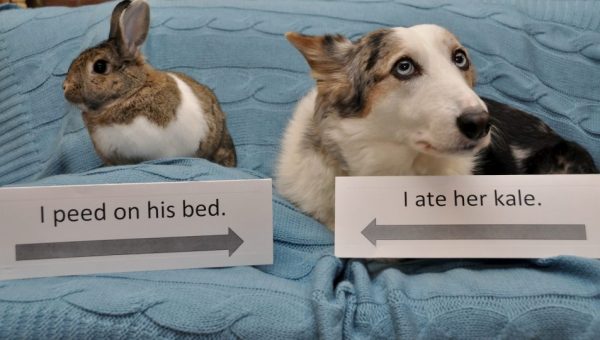 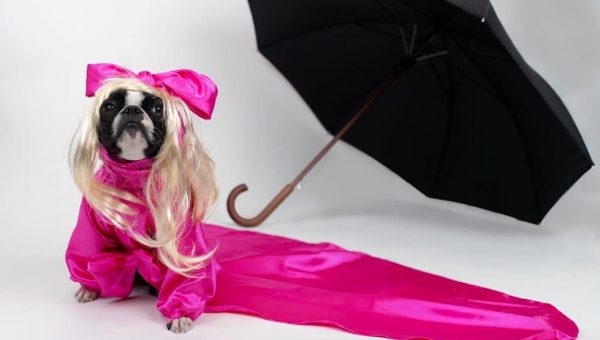