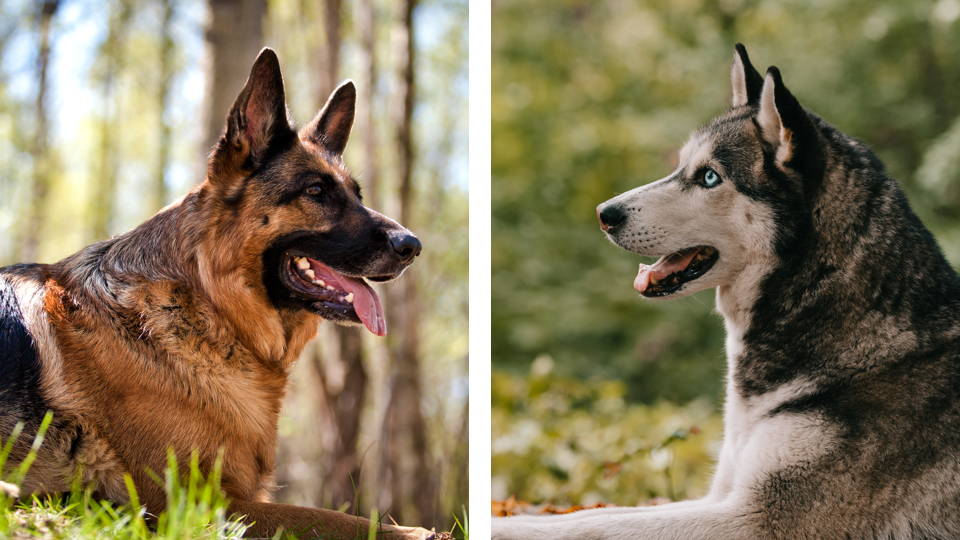 Don’t let their intimidating appearances fool you! The Siberian husky and German shepherd are both friendly, intelligent dogs and make wonderful family pets. Read on to discover more about their similarities and differences.

By comparison, the German Shepherd is a fairly young breed, originating in 1899. Captain Max von Stephanitz, retired from the German cavalry, started breeding German Shepherd dogs to herd sheep. As Germany became more industrialised, von Stephanitz saw the need for herding dogs was diminishing so he convinced the German government to use the breed for police work and military service. During WWI, the breed served as a Red Cross dog. After the war, an American soldier took a puppy back to Los Angeles where the dog later became Rin Tin Tin, starring in over 26 Hollywood films which made the breed famous.

Huskies come in a variety of colours from black to white and can have coloured markings on their body in red to copper shades. 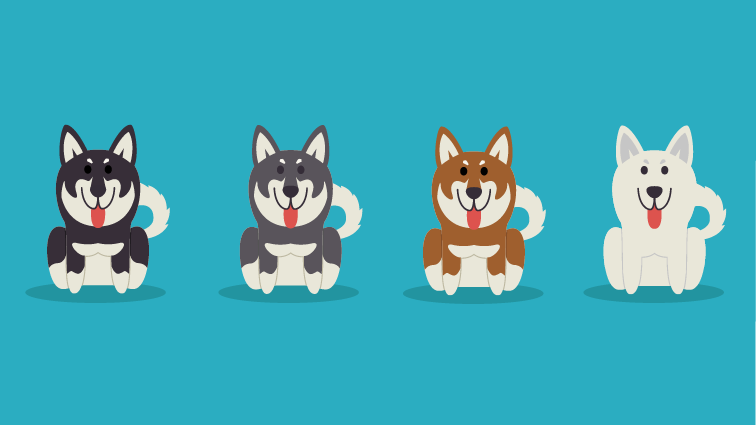 A German shepherd’s colouring and coat can vary greatly. The generally have a medium-length double coat but some dogs have a longer double coat. Their coat comes in a variety of colours like black and tan, sable, grey or black and white. 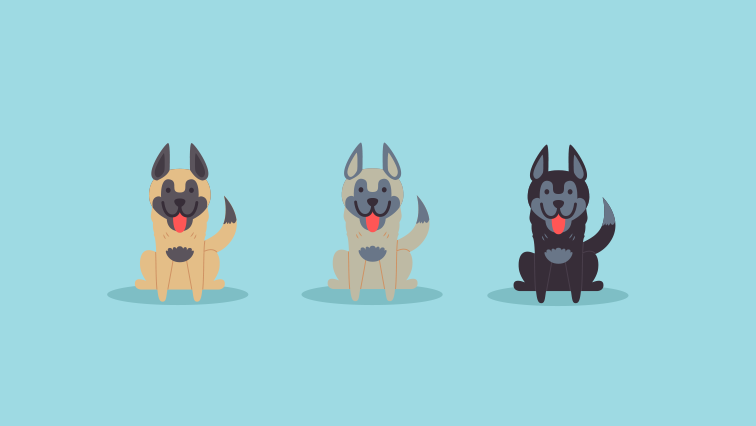 German Shepherds are noble looking dogs with a long, dark muzzle, intelligent eyes and large ears that are pointed and stand up on their head. When they are puppies, GermansShepherds can have floppy ears which makes them seem less serious and more playful. 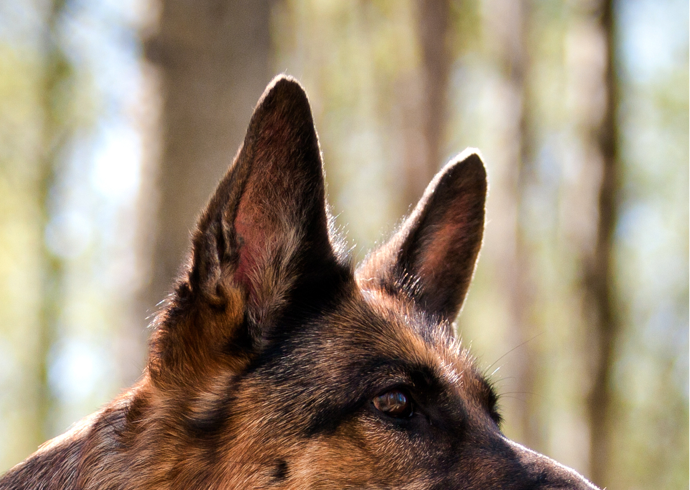 Huskies also have erect ears and bushy fur to protect them from the cold. They’re famous for their intense eyes, which can be brown, blue, parti-coloured or even a combination of those colours. A husky’s ears are medium-sized and triangular in shape and sit high on their head like a German shepherd. A husky’s nose can be black or pink which is called a ‘snow nose.’ 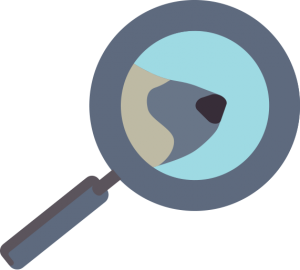 Are German shepherds bigger than huskies? 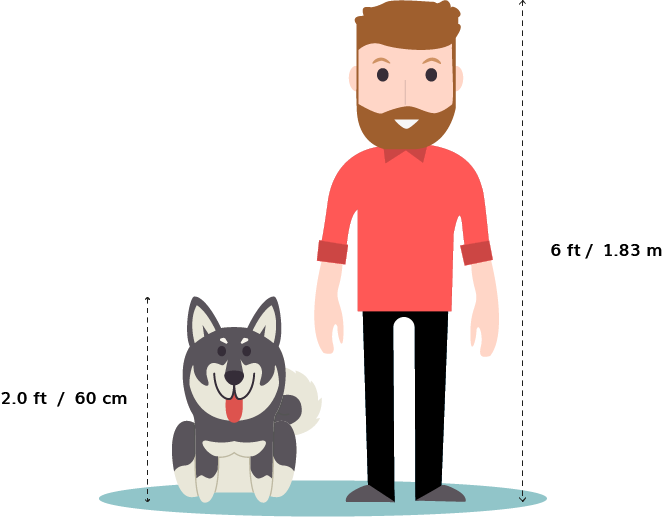 No, both dogs are notorious shedders, but tend to have slightly different shedding patterns.

Both breeds have double coats and a lot of fur to protect them in cold climates.

A husky will shed a lot in the spring and autumn, but they tend to shed less in cooler climates. Huskies are a fairly clean breed and like to clean themselves. They don’t omit a lot of odour or need too much grooming either, just a lot of brushing. They need to be brushed at least once a week during the year and daily when they are shedding.

German shepherds shed so much they have the nickname the ‘German shedder.’ The breed sheds all year round so if you have this dog, be prepared to vacuum a lot and have your clothes covered in hair. Twice a year, German shepherds shed so much, their hair literally ‘blows’ off them. Like the husky, the breed is fairly clean and has little odour and requires regular brushing year round.

Siberian huskies are known for their intelligence and independence. They are very affectionate and make great family pets but at the same time, they aren’t needy. Although their ability to learn is remarkable, huskies are notoriously difficult to train and can be naughty so they are best with confident, experienced dog owners. They are pack dogs so they need an owner who can be leader of the pack.

German shepherds are also very intelligent, strong, active breeds and make extremely loyal pets. German Shepherds are easy to train and love a job so are often used to help people with disabilities, work as police dogs or for rescuing avalanche victims.

German shepherds are loving dogs to their family but they aren’t typically overly friendly when they first meet someone and they don’t naturally warm quickly to strangers. This aloofness to new people also makes them excellent watch dogs.

By contrast, huskies don’t generally make good watch dogs. They may look intimidating with their wolf-like features, but the breed is very friendly. They aren’t big barkers either. Instead, they like to howl which may be annoying for some.

Huskies can also be mischievous if they are bored or not given enough exercise. They love to dig and can bring havoc to gardens and even some parts of the home, if left unsupervised. They also have a reputation for being ‘escape artists’—they’ll wander away from home given a chance.

German shepherds need a lot of physical exercise and mental stimulation. If they’re left alone for long periods of time, are bored or frustrated, they will act out, chew things and bark. German shepherds also need appropriate chew toys—they like to chew and will easily ruin your favourite pair of shoes with their strong jaws. Choose a healthy chew toy a large bone that will protect their teeth and to ensure they aren’t chewing on the wrong things.

If you can’t be around as much as you’d like, you can find your dog an amazing dog sitter who offers dog boarding to give them the physical and mental stimulation they crave through Rover.com.

Huskies vs German shepherds and families

Huskies make great family pets and are good with children. They are also good in a multi-dog households. If raised with other animals as a puppy, huskies can live in a multi-pet household, too. Originally, due to their wild roots, huskies had a strong prey drive towards smaller animals like squirrels, rabbits and cats, but if raised with small animals, they will be fine with pets of all sizes.

German shepherds also make good family dogs but will benefit from plenty of exposure to young children, particularly as puppies. They are great with children in their family and can be both gentle and protective, some calling the breed a cross between a babysitter and a police officer. They’re large dogs though so they have the potential to overpower or knock over small children. German shepherds can live with other animals but best to integrate them into a multi-pet household at a puppy stage.

Do Siberian huskies get along with German shepherds?

Yes, a husky and German shepherd could live together but they’d get along best if introduced as puppies.

Both breeds are healthy but they can suffer from some health conditions. Huskies can have eye problems like cataracts, corneal dystrophy and progressive retinal atrophy. German shepherds can suffer from hip dysplasia, elbow dysplasia, gastric dilatation-volvulus or bloat and allergies.

If you’re a fan of huskies and german shepherds, you’re bound to love another herding-type dog breed called caucasian shepherds.