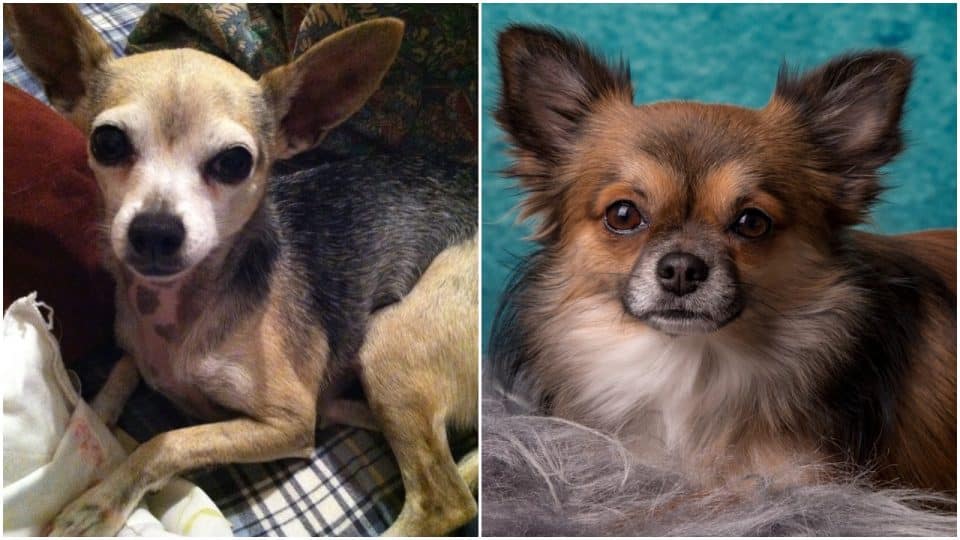 While the most obvious difference between the two types of Chihuahua is the head shape, there are several other differences between the two, from size to body shape to likelihood of breathing problems. Categorising Chihuahuas into deer heads and apple heads is useful, as it provides a wealth of information on what to expect from each type. 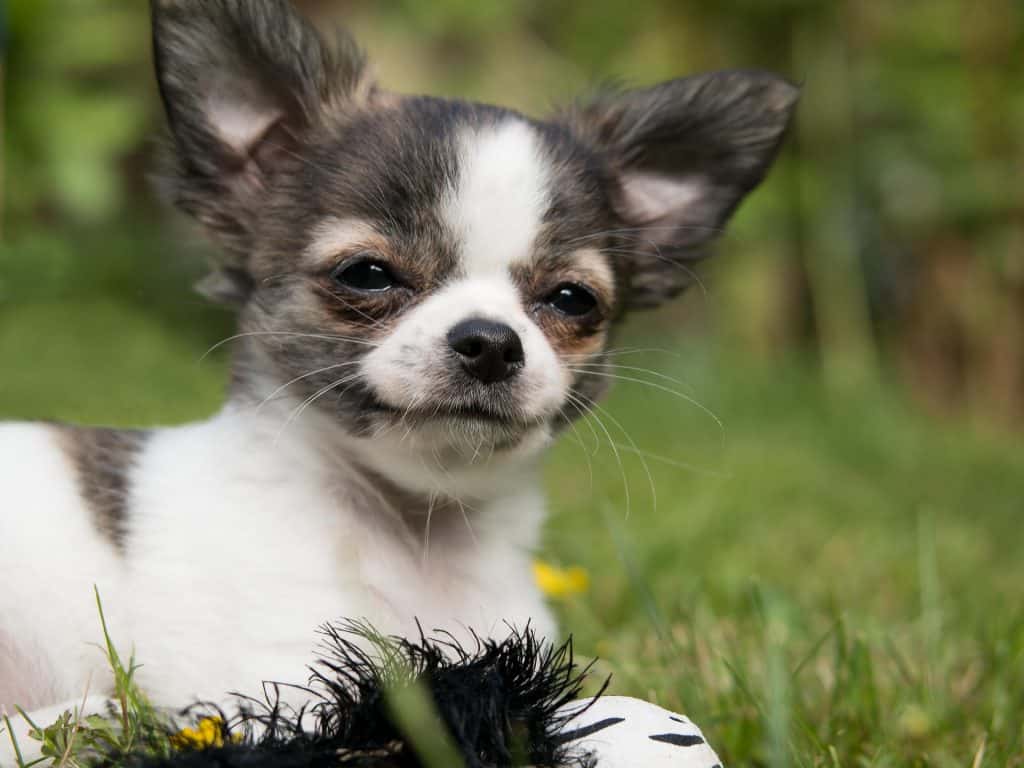 Apple head Chihuahuas have a broad, rounded head, similar to—you guessed it—an apple. Their eyes appear to be quite large and they often protrude from their head due to the dome-like shape of their skull. They have a short snout that meets the head at a 90-degree angle. It’s also slightly pointed. Apple head Chihuahuas are smaller than deer head Chihuahuas, averaging 13-23cm (5-9in) height and a teensy 1-2kg (2-4lbs) in weight. Their legs and necks are generally shorter as well.

Unsurprisingly, most teacup Chihuahuas are apple head Chihuahuas. Similar to the unofficial deer head and apple head categorisations, there is no official teacup breed; the term simply refers to a small Chihuahua. Be cautious about breeders using the term “teacup” because breeding dogs for smaller and smaller size can lead to serious health issues.

Most apple head Chihuahuas are born with moleras, which are small soft spots on the top of their heads that occur because their skull hasn’t completely fused together. Moleras tend to close up as dogs get older, often in just three to four months, but they don’t always close. Even if a Chihuahua’s molera doesn’t fully close, it becomes smaller over time, as cartilage pushes the parts of the skull together.

It’s important to be extra careful with Chihuahuas with moleras, as head injuries can be more dangerous for them. That said, the molera itself isn’t harmful. 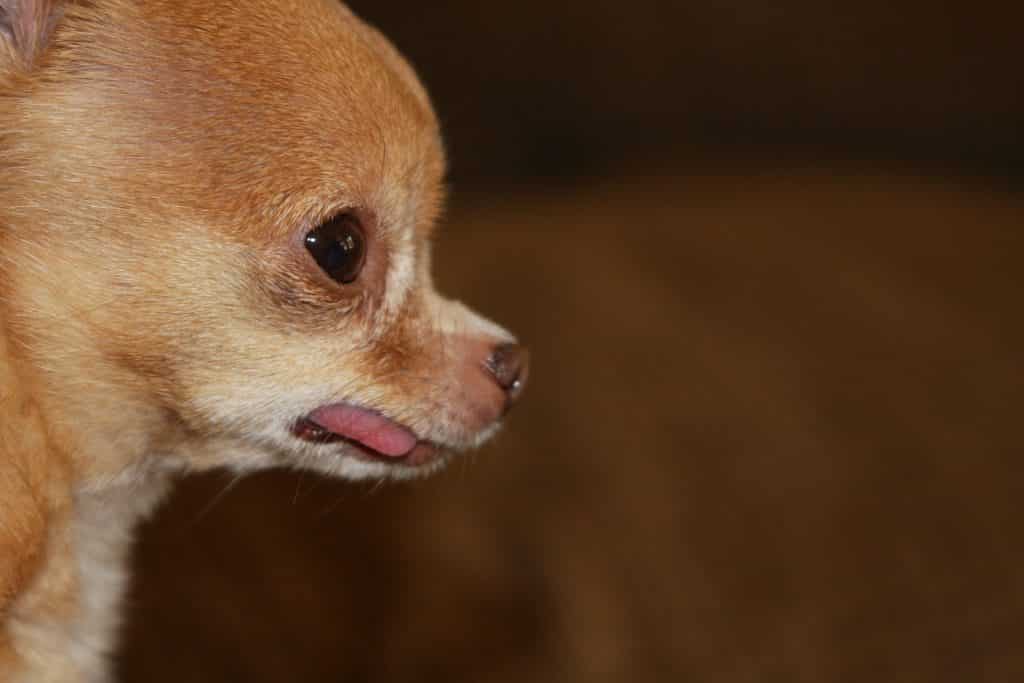 Apple head Chihuahuas are more prone to health problems than deer head Chihuahuas are. For instance, the sharp angle at which their muzzle joins their head puts them at risk for developing respiratory issues such as reverse sneezing, tracheal collapse, and brachycephalic airway syndrome, which can cause snoring and discomfort. 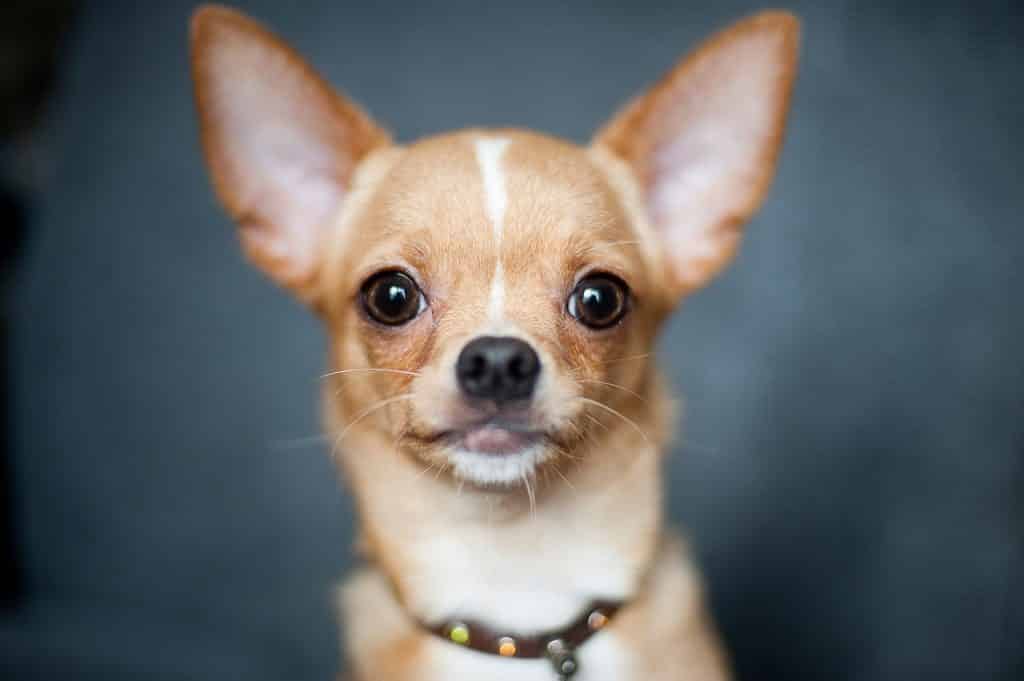 Deer head Chihuahuas have more sloping facial features that resemble those of a deer. They have narrower, more angular heads than apple head Chihuahuas. Their snouts are longer and they don’t attach to the head at the same abrupt angle; it’s more of a gentle 45-degree slope. Their ears are typically larger and their eyes less pronounced. While deer head Chihuahuas can have moleras, they’re far less common. 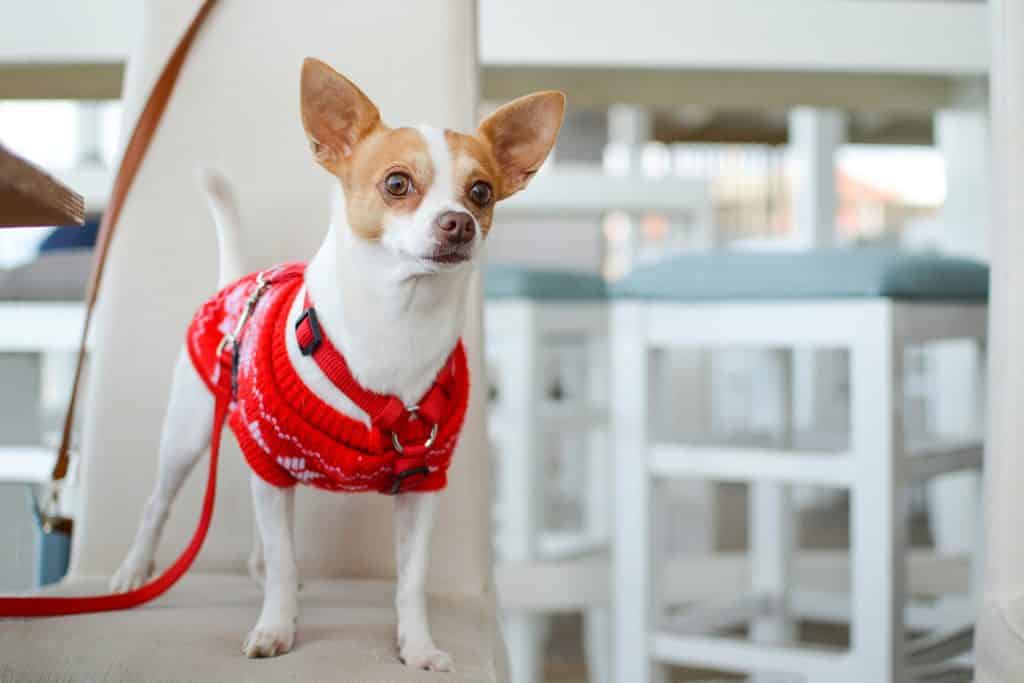 Deer head Chihuahuas and apple head Chihuahuas also have plenty of things in common. They can both come in short-haired and long-haired varieties. They also come in a number of colours including white, black, tan, red, fawn, and sable. They can be one solid colour, or they can have markings such as a blaze, a mask, or kiss marks. There are no known differences in their temperaments—they both have that protective, spicy personality we know and love.

It’s also possible for a single Chihuahua to have characteristics of both the apple head and deer head varieties. Looking at the two parents will give you a sense of what their offspring will likely look like. That said, it’s possible for a deer head pup to pop up in the litter of two apple heads or vice versa.

Whether apple head or deer head, all Chihuahuas tend to be loyal and loving, and they make excellent companions.