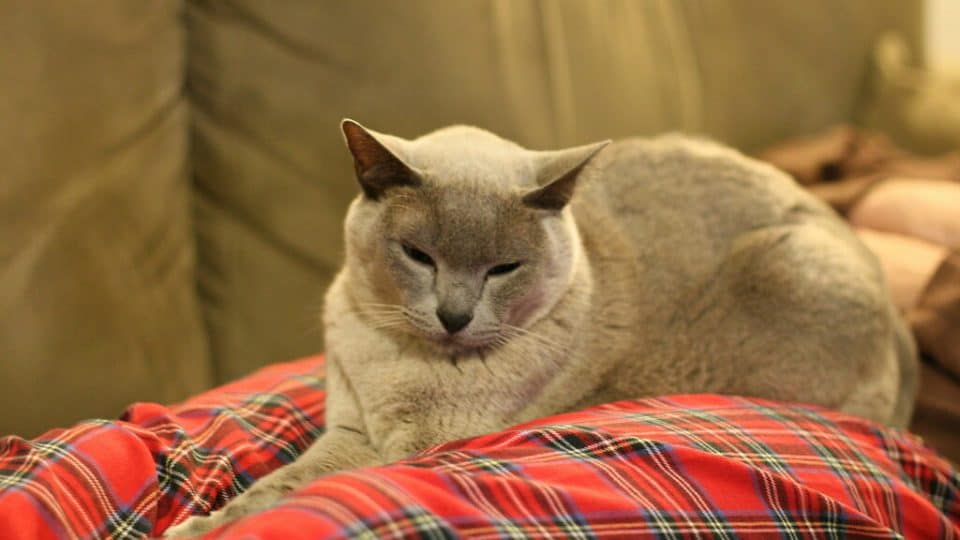 The Burmese cat has a lot to live up to with a Thai name that translates to “beautiful, fortunate, and of splendid appearance.” Fans of the breed can confirm—these felines don’t disappoint.

But these mysterious cats have more to offer than just good looks. From their fascinating origins to their unique personality quirks, Burmese cats hold a special place in the cat world.

Want to learn more? Here’s a roundup of interesting facts about this beloved breed. 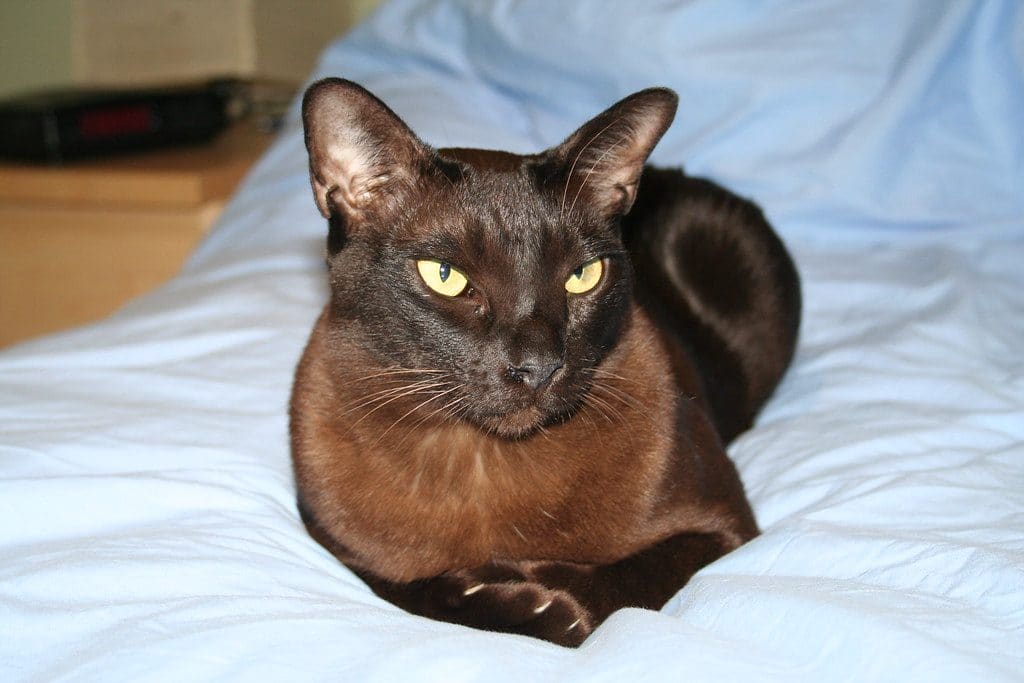 While the Burmese might seem like it originated in Asia, they were actually developed as a breed in America. Early in the 20th century, an American sailor traveled back to the states with a little souvenir from Burma—a wide-eyed, walnut-brown cat named Wong Mau.

The sailor gave Wong Mau to Dr. Joseph Thompson, a Siamese breeder who was immediately smitten with the cat. He bred her with a Siamese, and now all modern Burmese can trace their lineage back to this original pairing.

In 1979, The International Cat Association officially recognised the Burmese as a distinct breed. 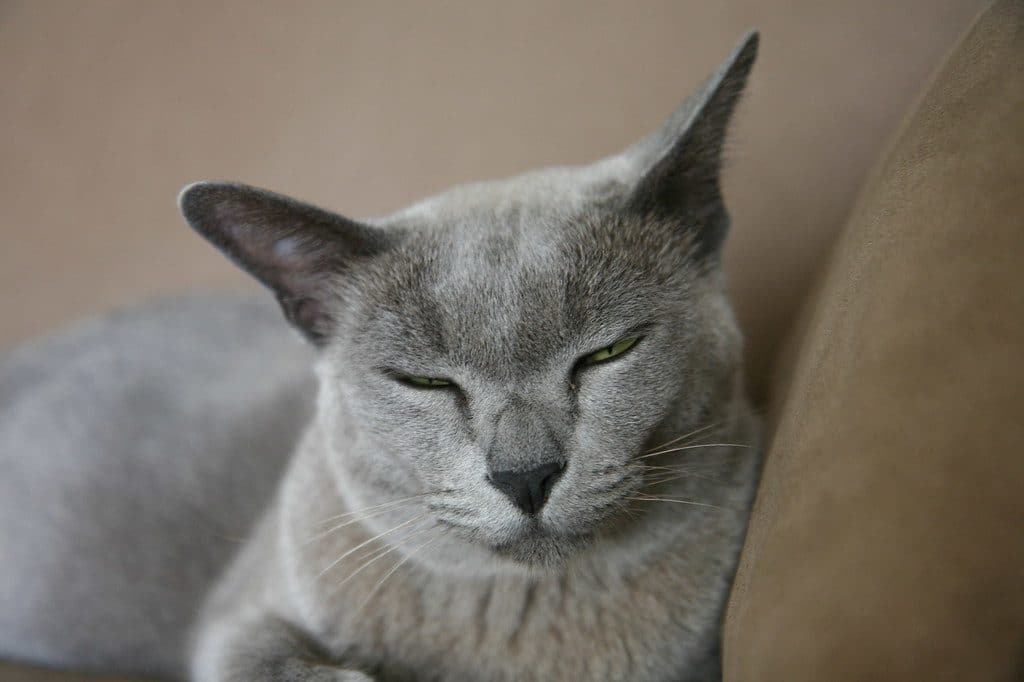 When it comes to weight, these cats pack a punch. Burmese cats may look sleek and petite, but their size is misleading. They have a compact and muscular build, making them heavier than they appear.

This trait has led them to be described as “bricks wrapped in silk.”

3. They’re the extroverts of the cat world 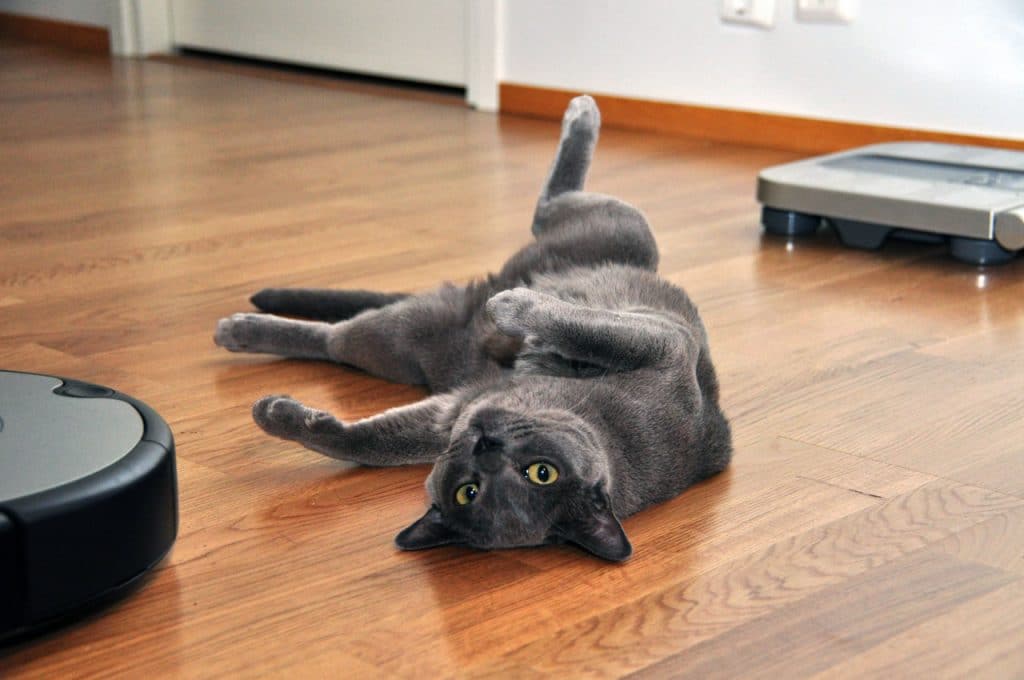 Ask any Burmese lover, and they’ll confirm that these cats have darling personalities. These social butterflies turn the charm all the way up when they’re happily engaged with their owners.

If a lap cat is what you seek, the Burmese cat will be glad to oblige. They’ve got killer cuddling skills, and they prefer to be in the company of their owners. According to the Cat Fanciers’ Association (CFA), Burmese cats exhibit puppy-like traits, which they retain from kittenhood into adulthood.

Endlessly curious, the Burmese has a habit of getting into things. They like to investigate their owner’s activities from a high vantage point—usually their owner’s shoulders. If you’re considering adding a Burmese cat to the family, be prepared for an energetic and engaging playmate whose greatest desire is to be involved in all household activity. 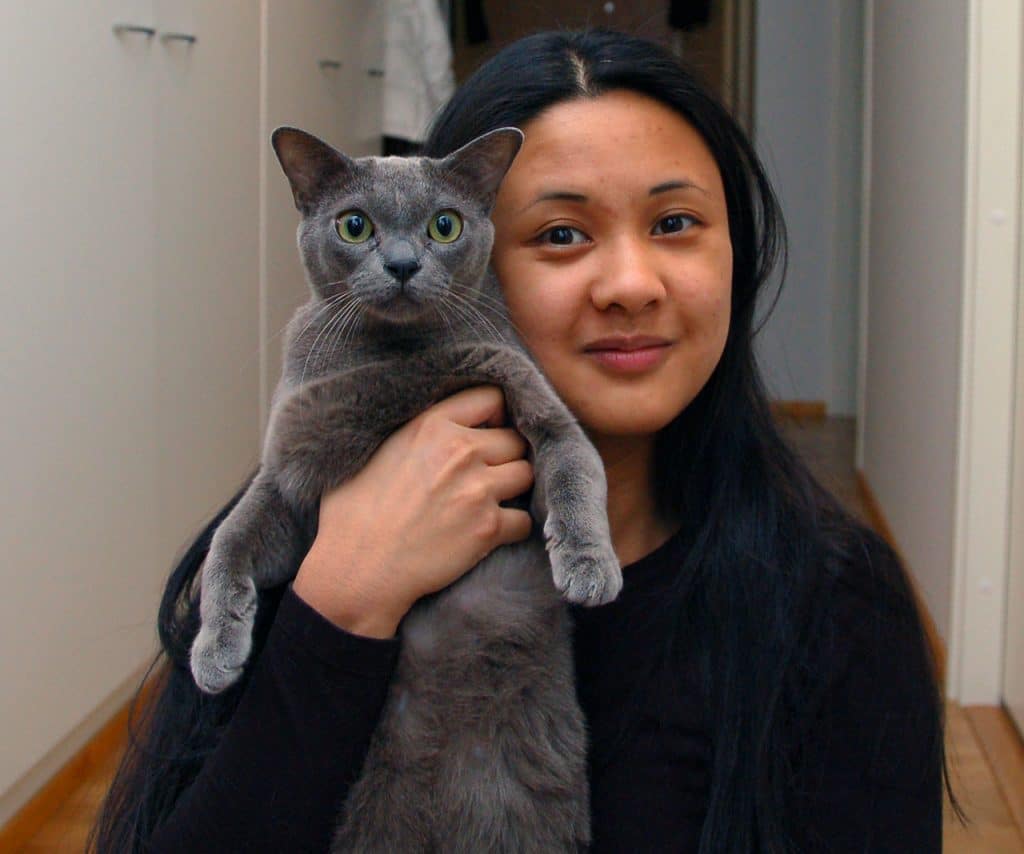 PetMD raises an important safety concern specific to Burmese—they are incredibly trusting creatures with limited survival instincts, which makes them an easy target for predators. Plus, unlike many of their skittish feline comrades, Burmese cats aren’t afraid of strangers so they might happily go home with anyone who gives them some affection. Keeping them indoors or within a secured enclosed garden and under supervision protects these vulnerable pets from catnapping and larger animals who might harm them. 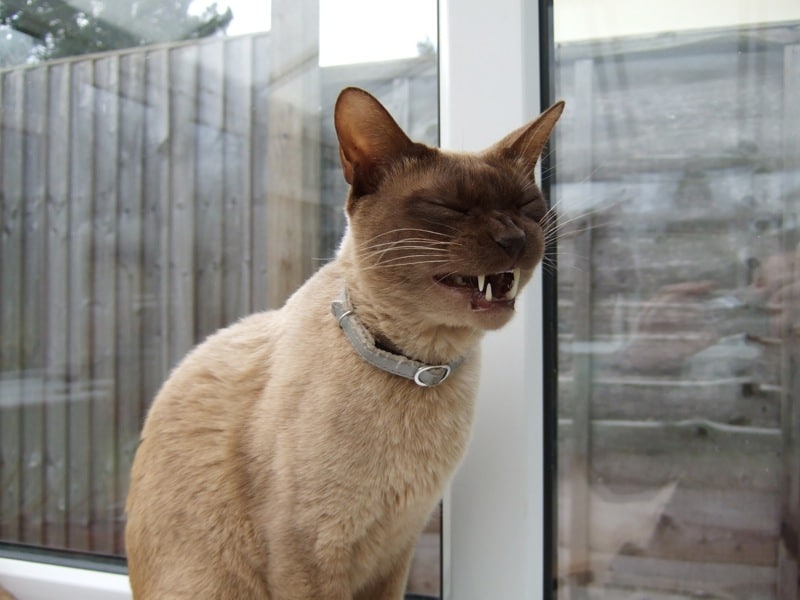 While not as chatty as their Siamese ancestors, the Burmese did inherit an inclination to make themselves heard. They aren’t shy about vocalising their needs. When they need your attention, they’ll let you know with a raspy, guttural rumble.

6. There’s an American version and a British version 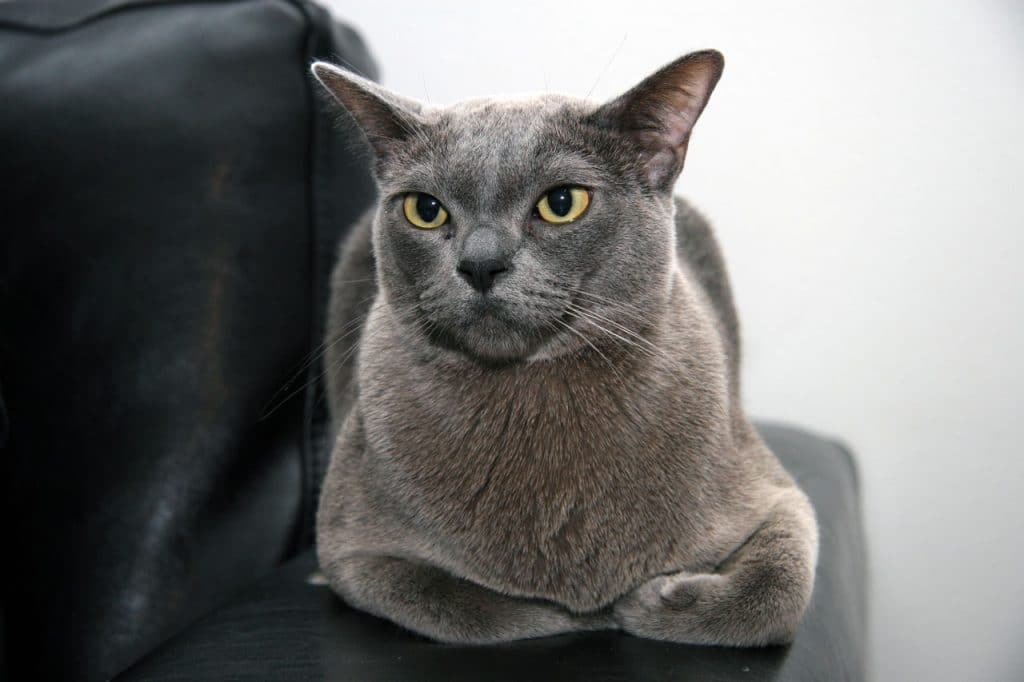 Although they share the same ancestor, there are few key distinctions between American and British Burmese cats. American Burmese have a stockier build in comparison to its sleek British counterpart. The American version also has a broader head, shorter muzzle, and rounded eyes, whereas the British version has a wedge-shaped head, long muzzle, and slightly slanted eyes. 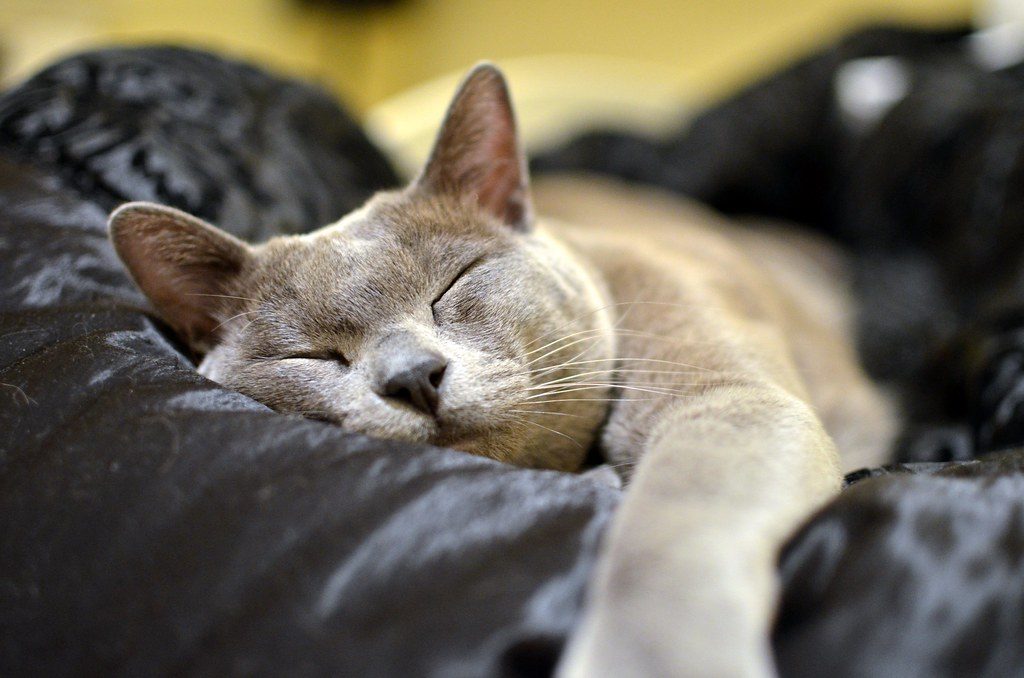 Burmese owners appreciate the minimal grooming required of this breed. Their short and silky coat doesn’t shed a lot and only needs to be brushed occasionally. The CFA recognises the following coat colours:

Typically, a Burmese will have yellow eyes, but sometimes a blue-eyed beauty enters the mix as a result of cross-breeding with Siamese cats. 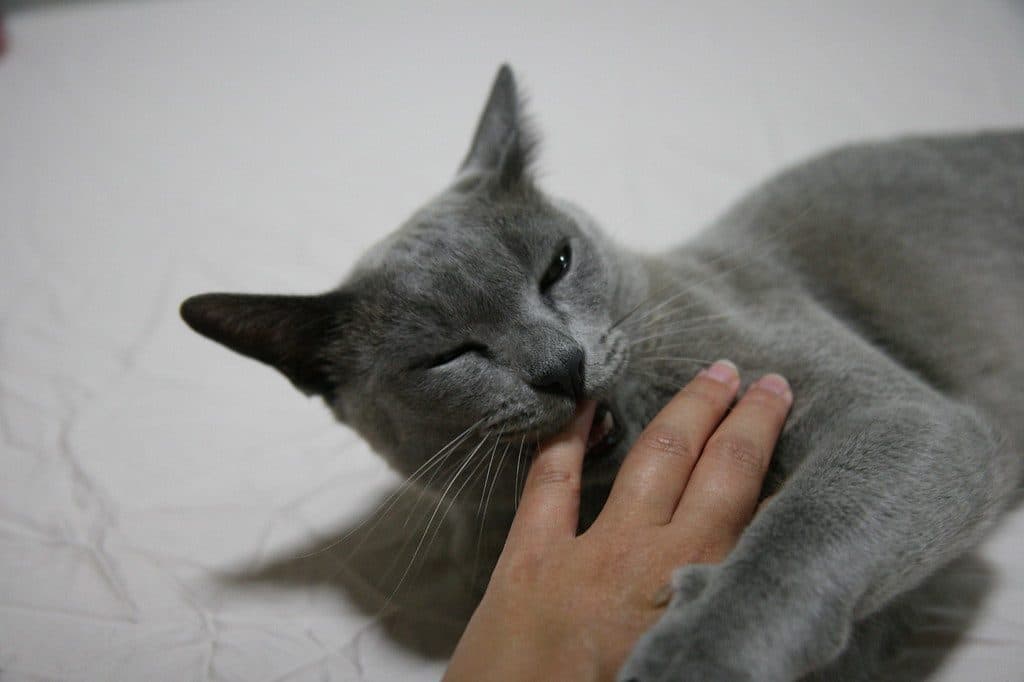 These frisky kitties have a humorous side. They’re also highly intelligent cats who can learn to play fetch and enjoy interactive toys and puzzle feeders. 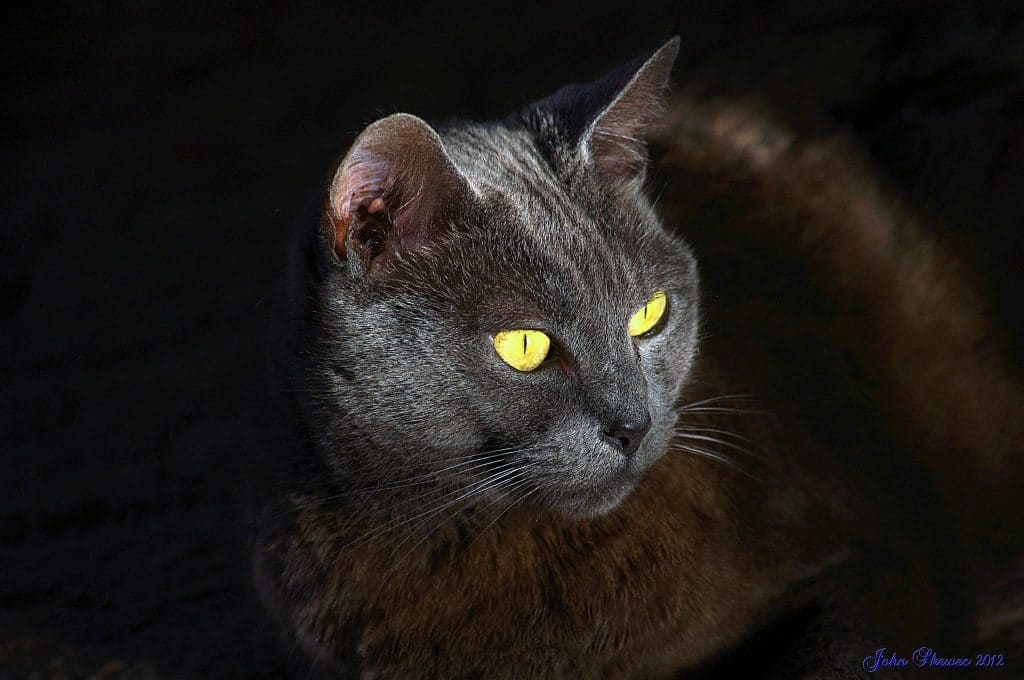 According to Mental Floss, a spike in Burmese popularity during the 1930s and ’40s left American breeders puzzled over how to supply this demand. Their solution: crossbreed them with Siamese cats. Eventually, the CFA put an end to this diluted crossbreeding by suspending registration for the cat in 1947. They then issued the rule that only cats born from three generations of purebred Burmese would be recognised as “true” Burmese. 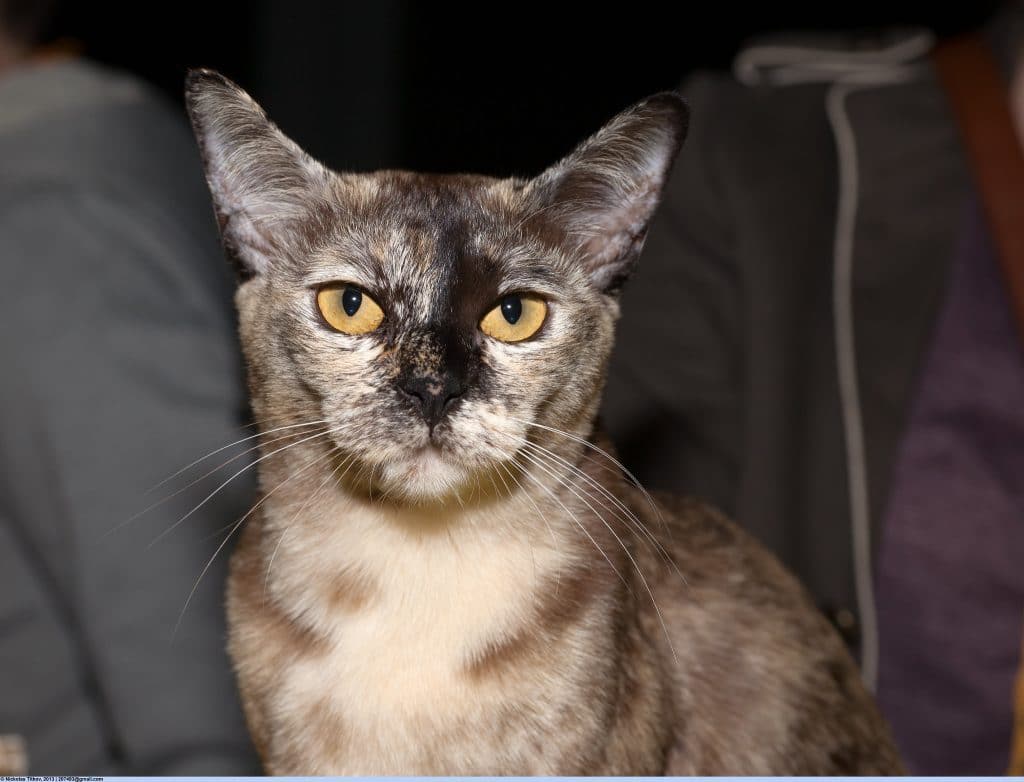 The Burmese is responsible for the development of other cat breeds, including the Bombay and the Burmilla. 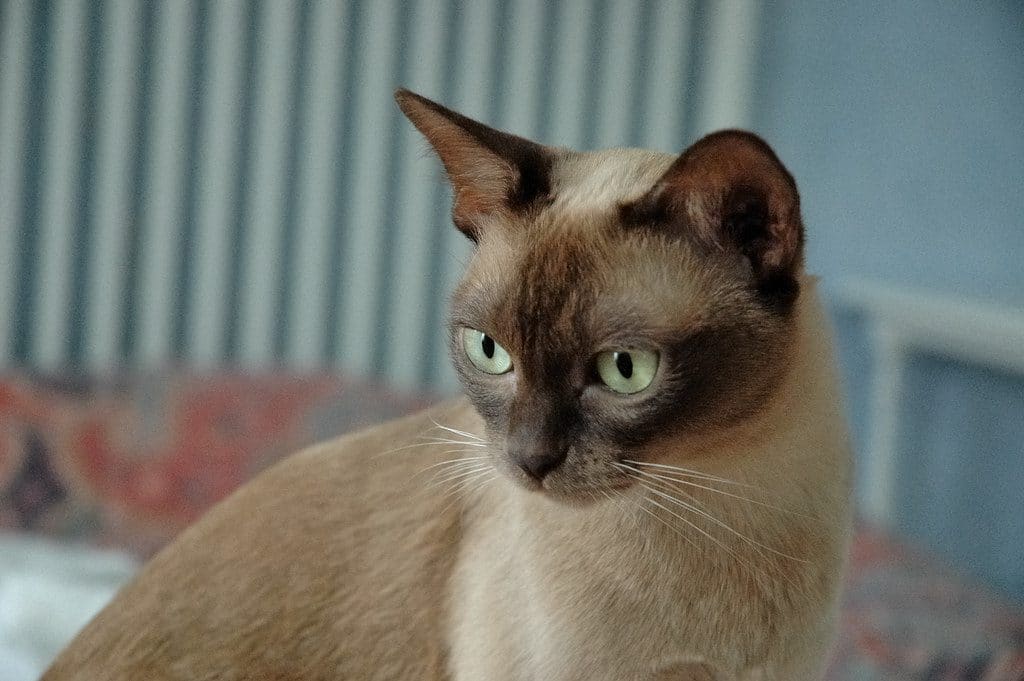 While generally healthy, Burmese cats have a higher risk for the following:

Whether you’re a proud Burmese owner or just a curious onlooker, one fact remains—these are remarkable cats. They’ve got the whole package: good looks, charming personality, and intelligence. How could you not be a fan?