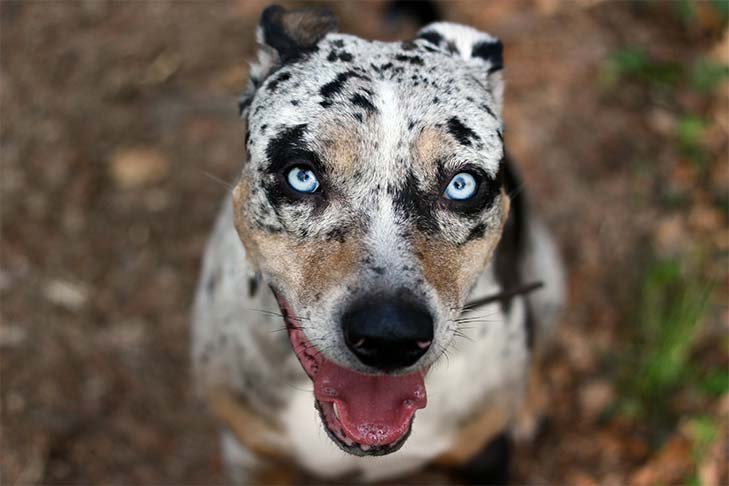 The Catahoula Cur, a.k.a. the Catahoula Leopard Hound (which is not actually a hound), is an American breed and the official dog of the state of Louisiana. They’re not too well-known outside of the US, but they deserve to be! These dogs are incredibly smart and athletic so they need to be kept busy, and enjoy activities like competing in agility.

The term “cur,” by the way, refers to the lowest class of nameless or mixed-breed dogs, which means Catahoulas are a mutt of a breed, and therefore exhibit a range of sizes, fur textures, and colours. Though Catahoulas are hardly fancy, there’s nothing low-class about them. 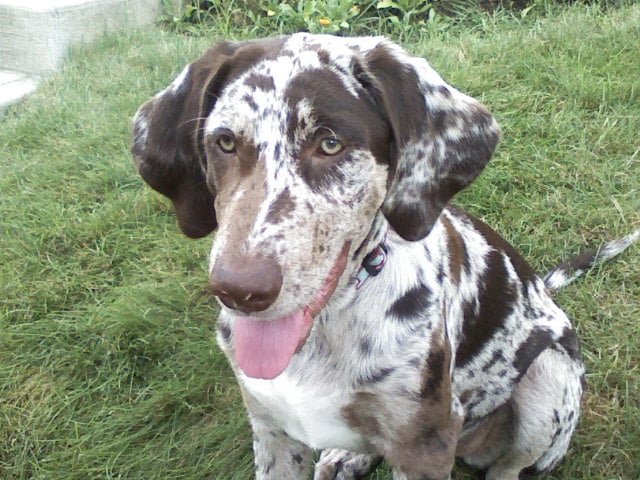 Catahoulas were bred to hunt wild boar and have been used to herd cattle. They can range in size from 18 to 50kg and have white, tan, black, chocolate, blue, and red coloured coats in patchy, brindle, and merle patterns. Their distinctive and unique markings, coupled with their marbled eyes, make them quite stunning.

1. Catahoulas May Be Related to Children of the Forest

My favorite image from my walk with @littleblackdogimages I ???? my girls ????

If you’ve ever seen a Catahoula running through the woods, you understand what it looks like for a creature to achieve perfect alignment with its cosmic purpose. They’re happiest bounding through trees, so expect to see not much more than a tail bobbing off in the distance when you take them for a walk in the woods.

2. Cuddly Toys Are Fun Until They’re Destroyed in 15 Minutes

To a Catahoula, the squeaker in a cuddly toy is the beating heart of a delightfully soft enemy. An enemy that must be destroyed.

This can  be very entertaining, but meeting demand can cut into your recreation budget rather quickly.

3. The Catahoula ‘Lean’ Means I Love You 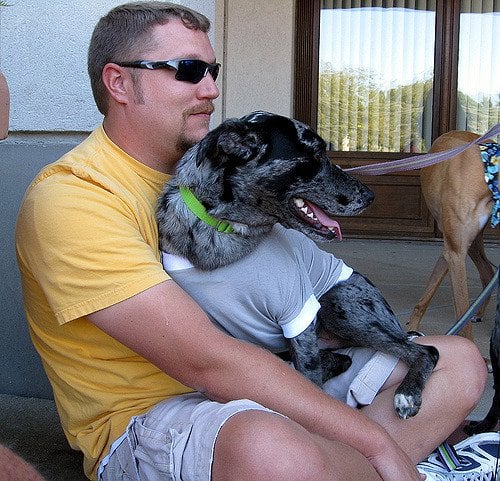 Catahoulas got moves, and one of their affectionate go-tos is The Lean, which looks like this: Catahoula walks up to you, places her side-body against your two legs, and leans her weight into you slightly, as if to say “you’re mine” and “pat me now” and “I love you” and “since we can’t hold hands…”

4. Leads Are the Devil’s Work 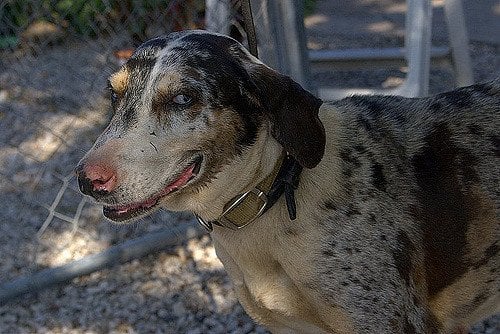 See #1 above. The Catahoula’s love for roaming wild through thickets and trees makes walking on the lead for exercise a mild form of torture.

They’ll do it, and maybe they’ll do it in a respectable way here and there, but you can expect plenty of rebellious sniffing, lots of distractions, and a few spates of flopping around in the grass.

Catahoulas are loyal and protective. They’re strong and sometimes forceful, but not aggressive. They do, however, intend to make sure you are safe at all times. So please don’t do anything with your body that doesn’t look normal. Hugging is frowned upon, and dancing is cause for panic.

Don’t climb ladders, swing on monkey bars, or take a dip in a lake while your Catahoula is watching. You might as well be dying, and a Catahoula won’t stand for it!

6. If Happy and Dopey Were a Single Dwarf…

@bizzareearthstar took this awesome photograph of his Catahoula having a blast in the river. Tag #catahouladogspage to be featured !

The Catahoula is a happy soul, and it shows in his face, in his gorgeous eyes, in his super-strength wagging tail. It’s a delight that requires zero thought.

Sometimes the joy is so great it comes out in dopey ways—a gigantic, uncensored smile, or a slightly silly jog. But come home from a bad day at work, and a Catahoula can turn your mood around faster than she can destroy a cuddly toy.

7. The Rugged Good Looks of a Lumberjack

The “mutt” aspect of Catahoulas makes these dogs unique, distinct, and interesting. They’re robust, but sweet and fun-loving, like a handsome bearded guy who can fix your roof and charm your mum to death.

Cecily Sailer runs creative writing programs for the Austin Public Library Friends Foundation in Texas, USA. She is also the proud dog mom of two hounds, Henry and Mabel, though Wony the Pug was her first dog love. 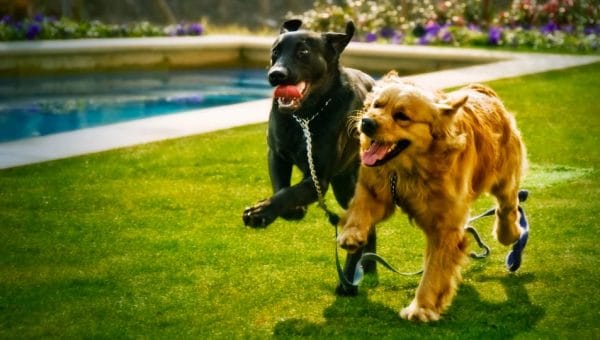 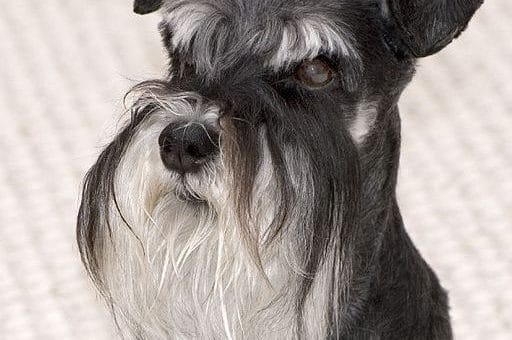 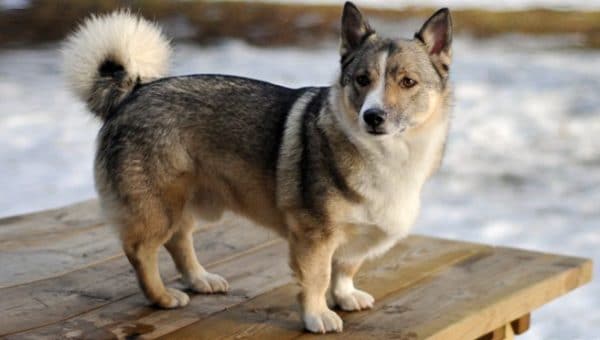