So, your dog can fetch a ball, eh? Or mostly. Okay, sometimes. Maybe she’ll get the ball, but you have to practically beg her to bring it back. Or he’ll bring it back, but doesn’t understand that dropping the ball is the key to playing more fetch.

Not to worry. Wherever your dog falls on the “fetch-pertise” scale, the point is that fetch is a great way to build a connection with your pet and give your dog a little excitement, exercise, and mental challenge. And even if your dog earned a perfect 10 in the Fetch Olympics, there are still plenty of toys out there that can add more fun to the game.

If your dog hasn’t quite mastered the fetch game, here are a few tips to increase his learning and mastery:

You’ve thrown the ball, but your dog’s looking at you like you just told the worst dad joke on the block. Your first goal is to get your dog interested in the ball itself.

Your first goal is to get your dog interested in the ball itself.

You might smear it with a little peanut butter, show it to her, and then throw it a short distance. When she goes after the ball, let her lick it for a moment, take it away, and give her a treat. Continue this process, throwing the ball a little further each time. 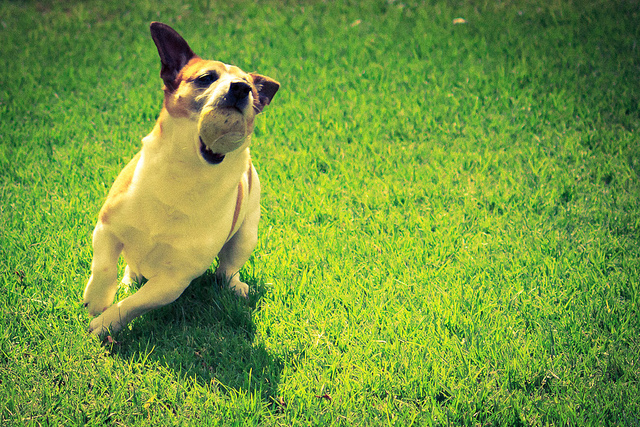 Your dog seems satisfied with running in the direction of the ball, but then his ADHD kicks in, and he’s like, “Huh?” Time to incorporate a second ball (or toy of your choice). Again, add a smear of peanut butter to encourage your dog to pick up the ball once he finds it. When he does pick it up, give him a “good dog,” show him the other toy, and toss it in the opposite direction.

Your dog may or may not bring the first toy with him, but he’ll know he needs to come back toward you after finding the ball. And eventually, he should bring it with him.

If your dog comes back with the ball, but wants to play keep-away instead, offer her a treat. Usually, she’ll drop the ball in favor of food.

If your dog comes back with the ball, but wants to play keep-away instead, offer her a treat.

If, on the other hand, your dog won’t come all the way to you, then back up, tell her to “bring it” or “come,” offer a treat when she arrives, and throw the ball again. This will teach her to associate dropping with a new game of fetch.

Whatever your dog’s fetching skills, you might incorporate a few toys or accessories to keep her on her toes, keep her head in the game, or better understand her point-of-view. 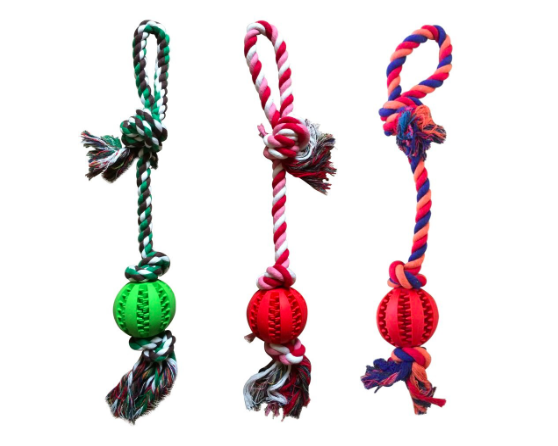 If your dog enjoys a little tug-of-war with her fetch, this toy offers the best of both worlds. It’s durable for heavy play, and makes a great chew toy when you’re not tossing it back and forth. $14.97 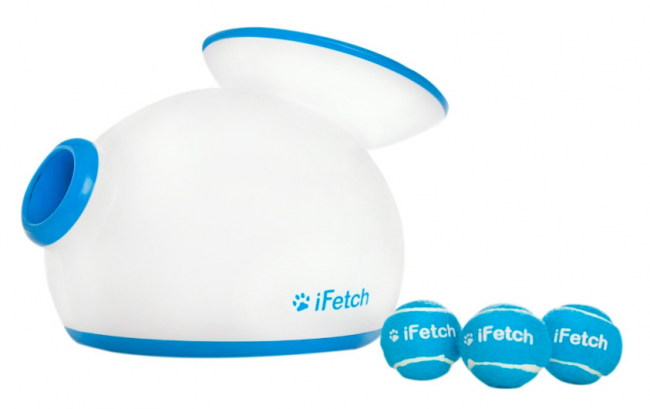 If you’re done throwing balls long before your dog’s ready to quit, the iFetch will keep the game alive and give you a needed break. Drop a ball in the opening, and iFetch will spit it out moments later. You can even teach your dog to drop the ball into the shoot if he wants another turn, allowing him to play on his own. It’s available for large or small dogs, and can run on an electric plug or batteries. $113.73 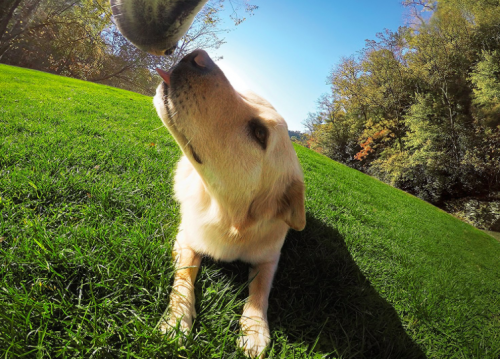 Enjoy a game of fetch from your dog’s point of view with this GoPro camera harness. You can attach the camera to your dog’s back or chest for two different perspectives. The harness can fit dogs ranging from 15 to 120 pounds, and it’s designed with your dog’s comfort in mind. This may be the closest you can get to hopping inside your dog’s super excited, fetch-loving head. $39.95

The point of fetch, of course, isn’t perfection, but a love of the game. It may seem like your dog’s favorite pastime, but it’s his favorite game with you. He loves the interaction, the opportunity to impress you, and the chance to run and run and run. Anything you can do to enhance the fun from time to time amounts to pure love, as far as your dog is concerned.