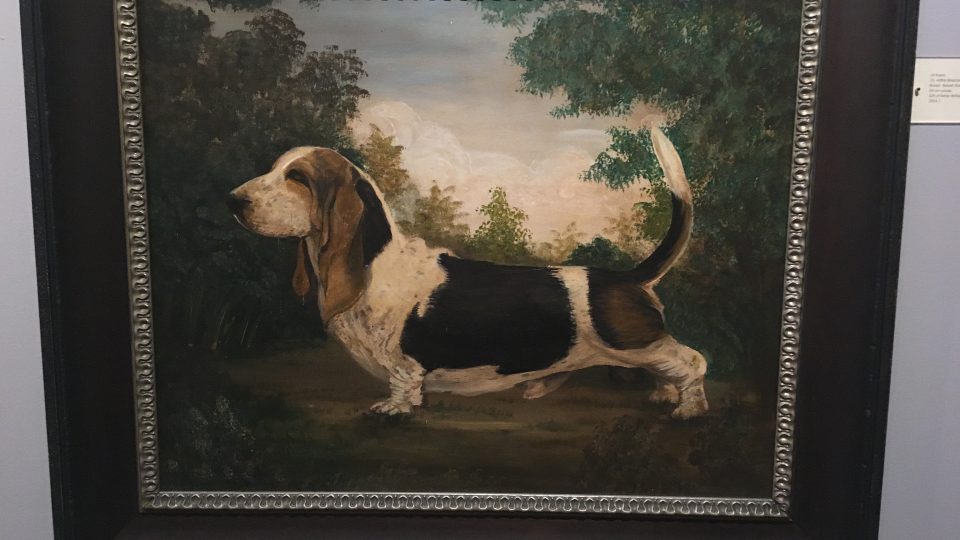 The American Kennel Club Museum of the Dog in St. Louis closed its doors for good last month. But don’t worry, you can still see the “world’s finest collection of art devoted to the dog.” The collection is on its way to AKC headquarters in New York, where it will be available to an even bigger audience from around the world.

I was lucky enough to visit the original St. Louis location in its last week of operation, and spend almost three hours strolling through the two-level museum. There were artistic renderings of all types of dogs, from Chihuahuas to bullmastiffs, in every medium from oil paintings to carved wood. Read on to see some of the cutest, funniest, classiest, weirdest, and overall bestest puppos from the Museum of the Dog! 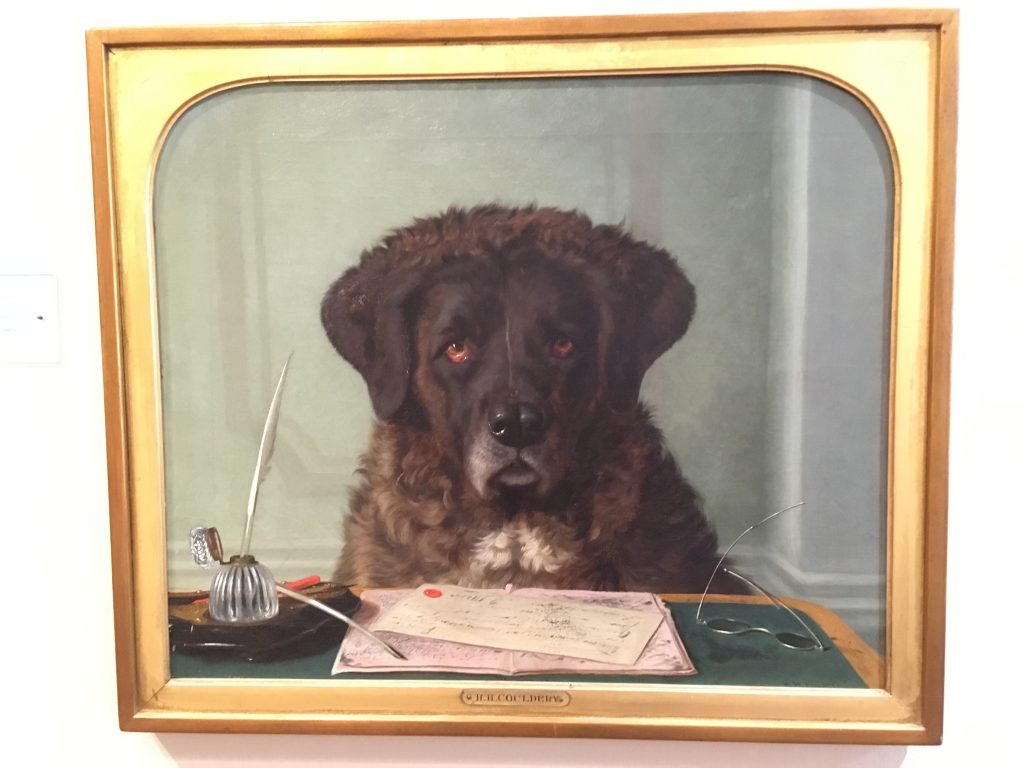 Horatio Henry Couldery’s “The President” depicts a Newfoundland in charge. I’d vote for that dog! 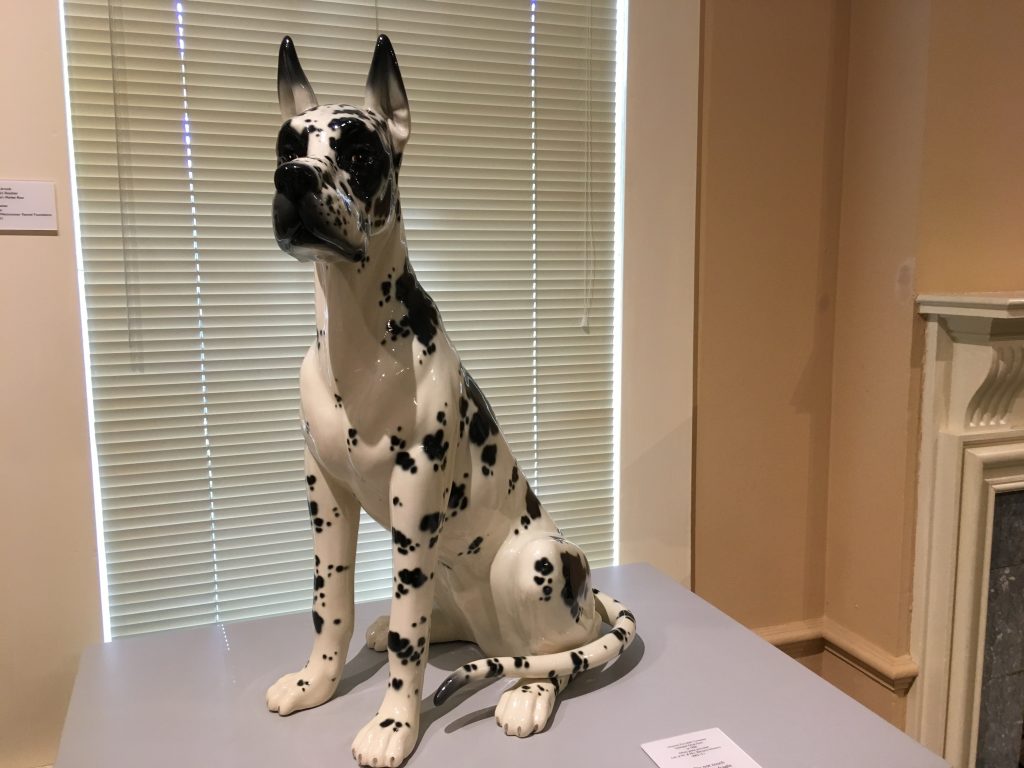 This is one of two life-sized porcelain Great Danes from 1960 on display at the museum. 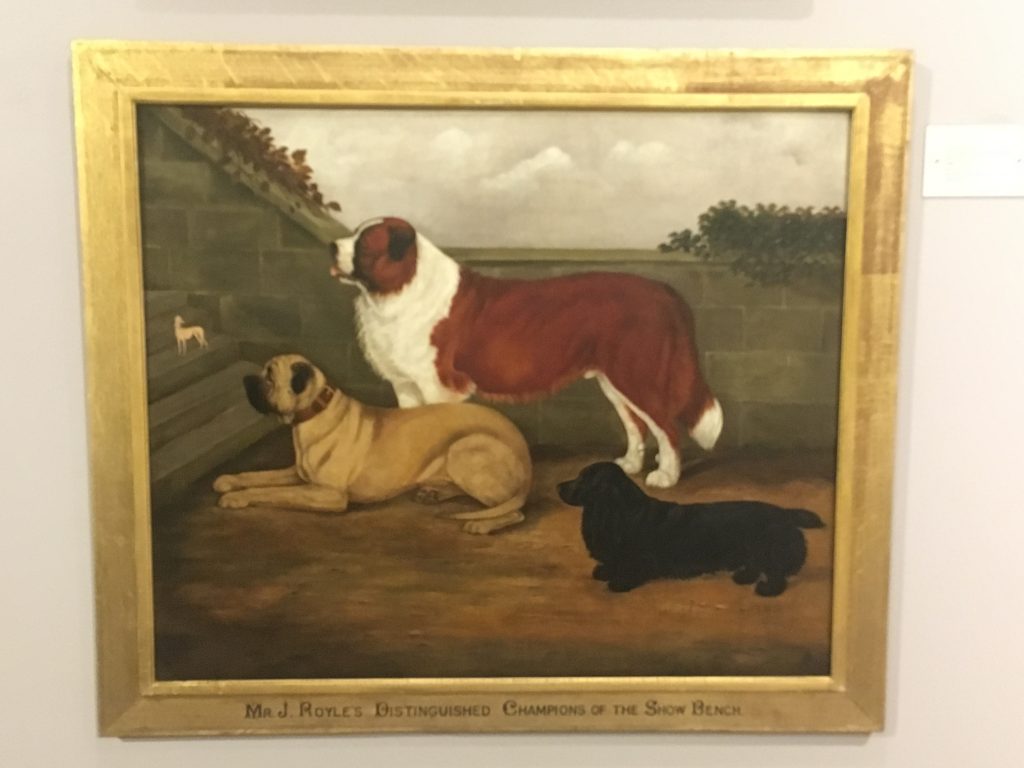 This line-up of stately show dogs hails from the late 19th century. 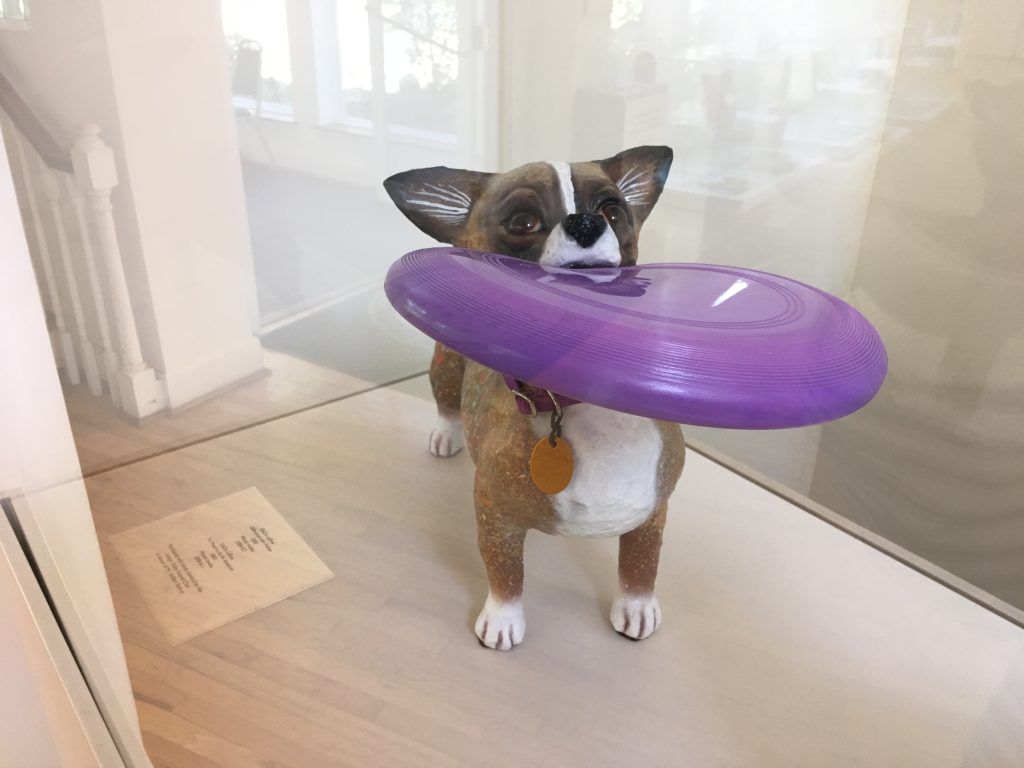 This is just one of several whimsical sculptures on display from Colorado mixed-media artist DD LaRue. I just love his little white paws!

This serious poodle with a silly name 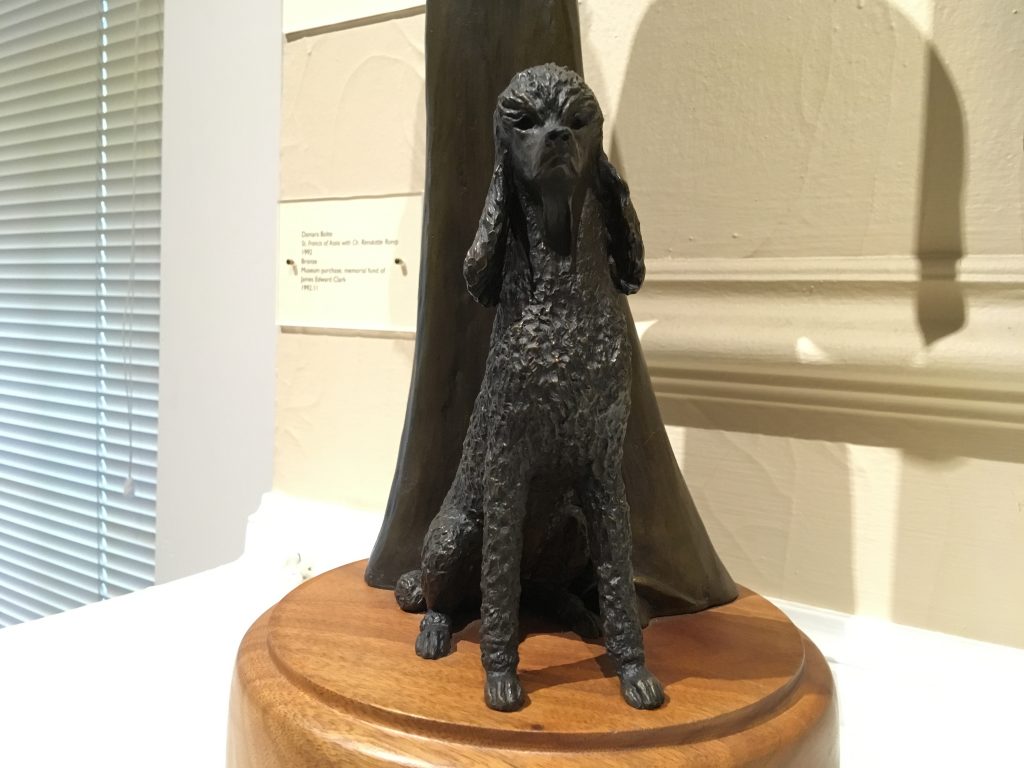 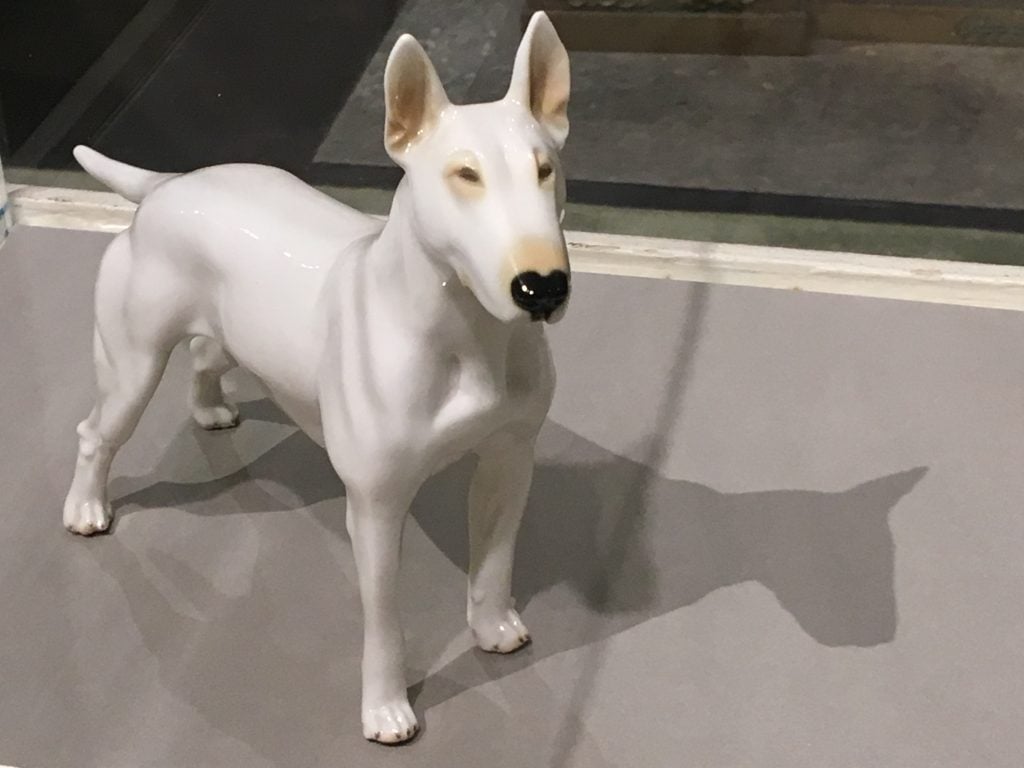 The museum had a large collection of porcelain dog figurines, every one more impressive than the next, but this buff bull terrier was my favorite. Just look at those chest muscles! 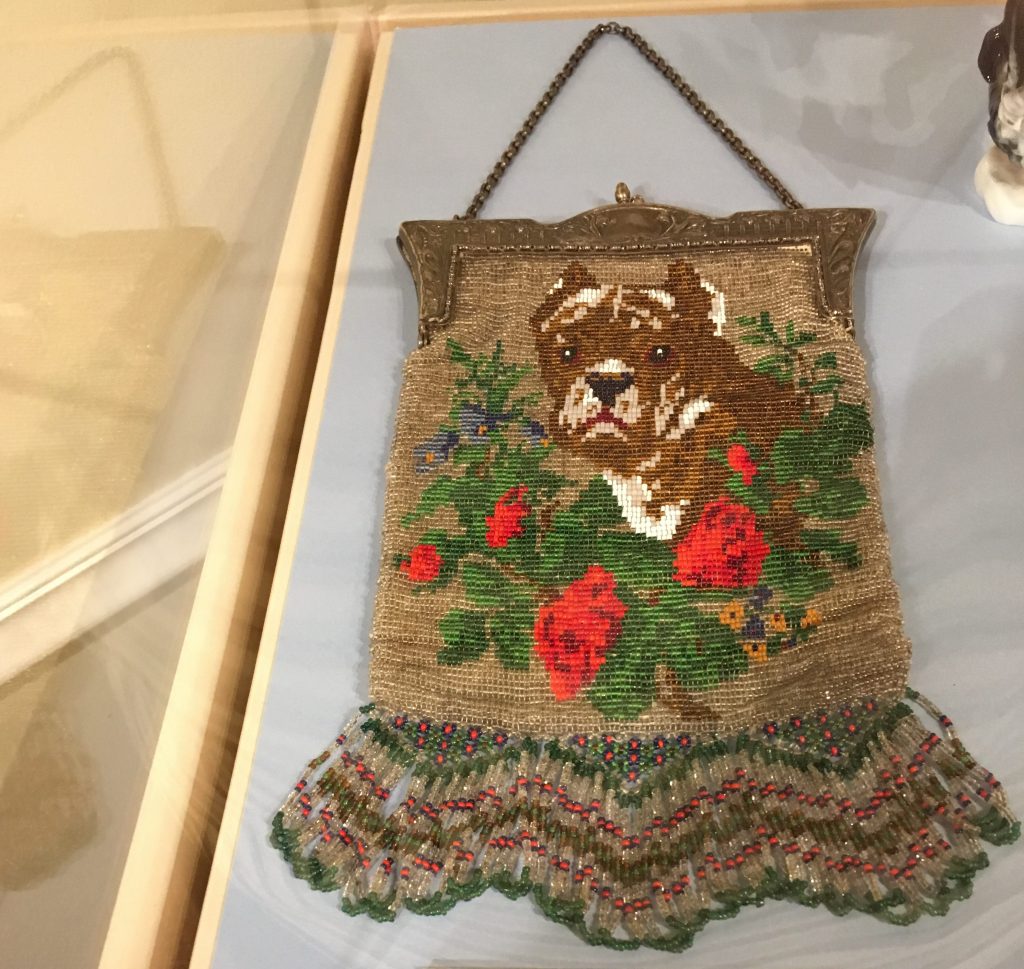 Think this 19th-century dog purse will fit an iPhone? 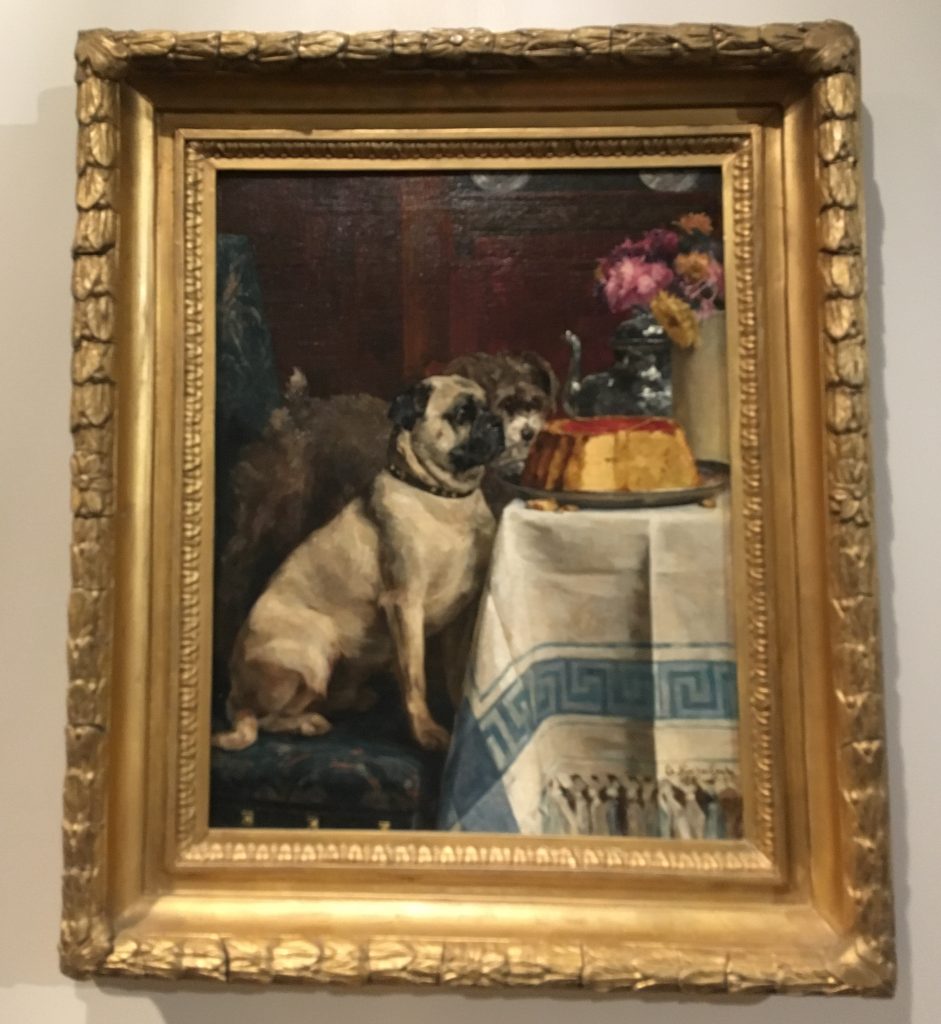 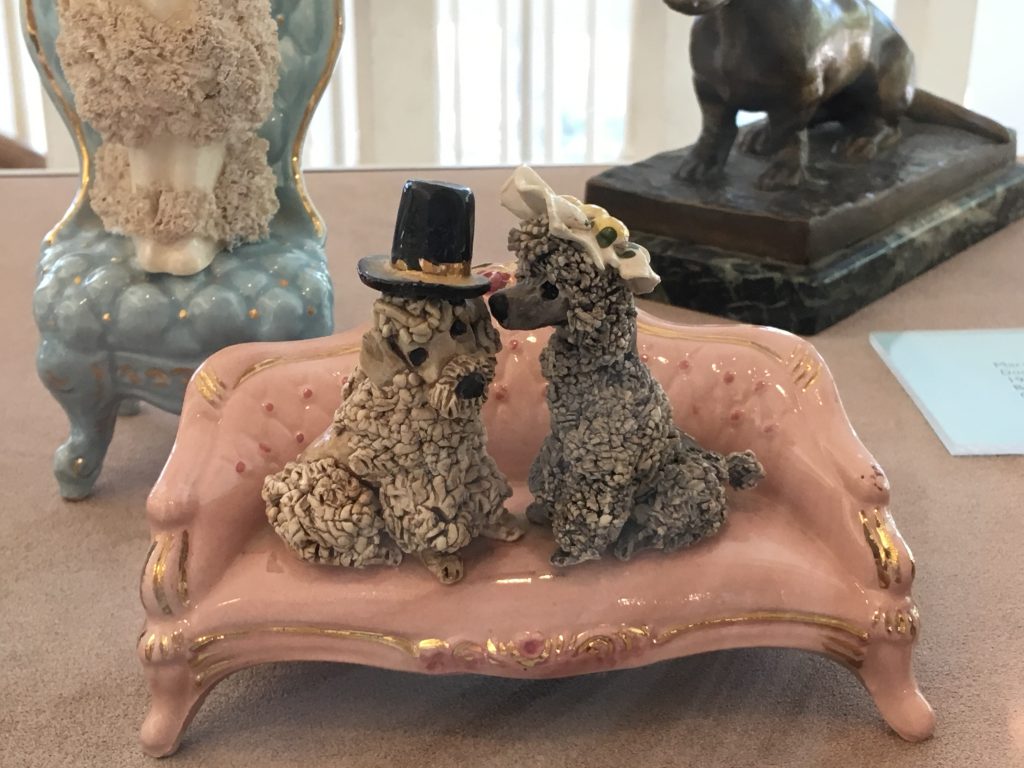 Wouldn’t this make the cutest wedding cake topper for a couple of poodle enthusiasts? 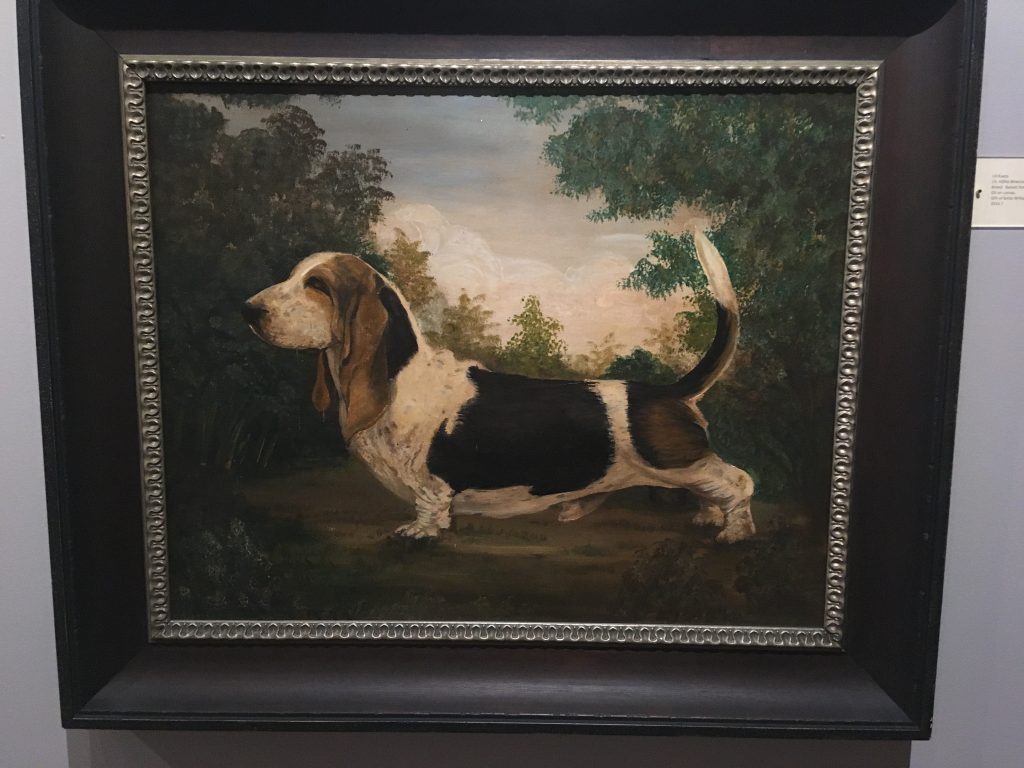 Basset hounds can be pretty goofy, but this guy is a true sophisticate. 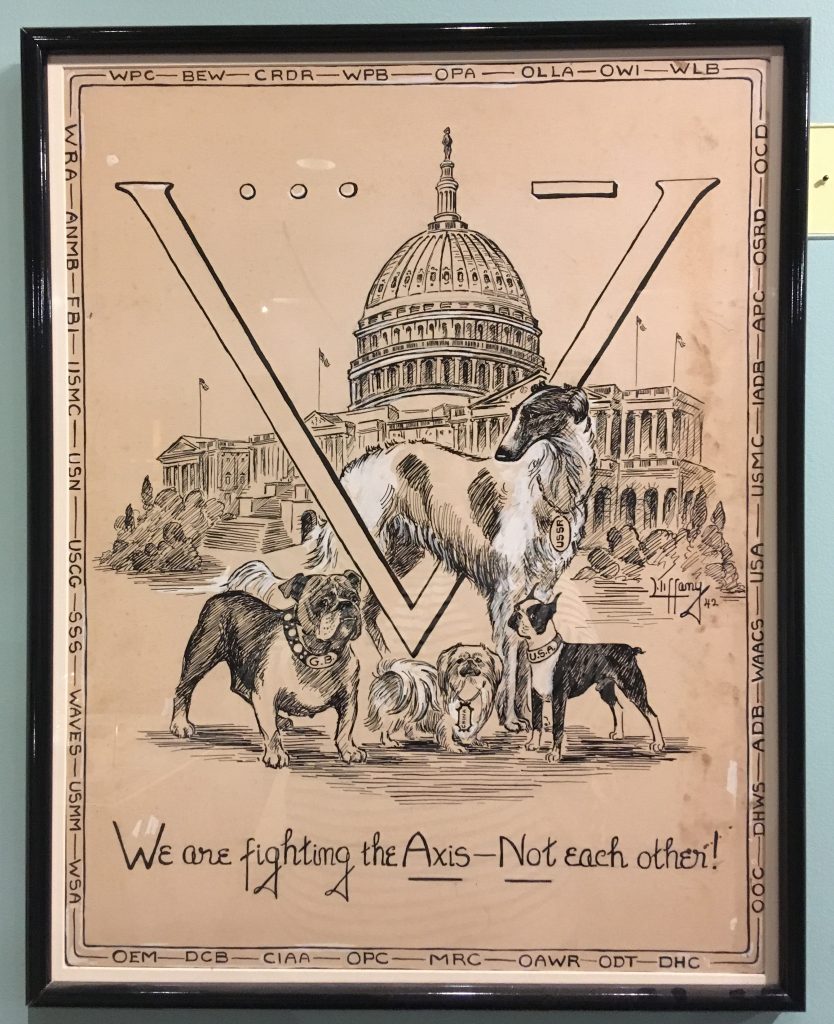 Look closely at their collars. These dogs each represent one of the Allied powers from World War 2: the bulldog from Great Britain, the Borzoi from Russia, the Pekingese from China, and the Boston Terrier from America.

This impressive group of friends 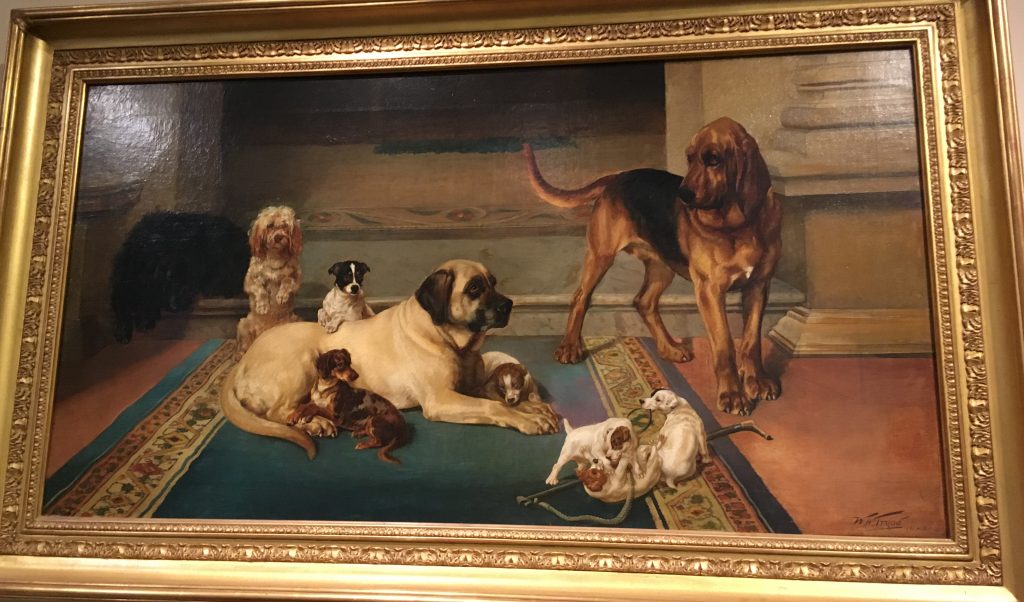 Don’t you wish you could hop into this painting Mary Poppins-style and hang out with this great group of friends? 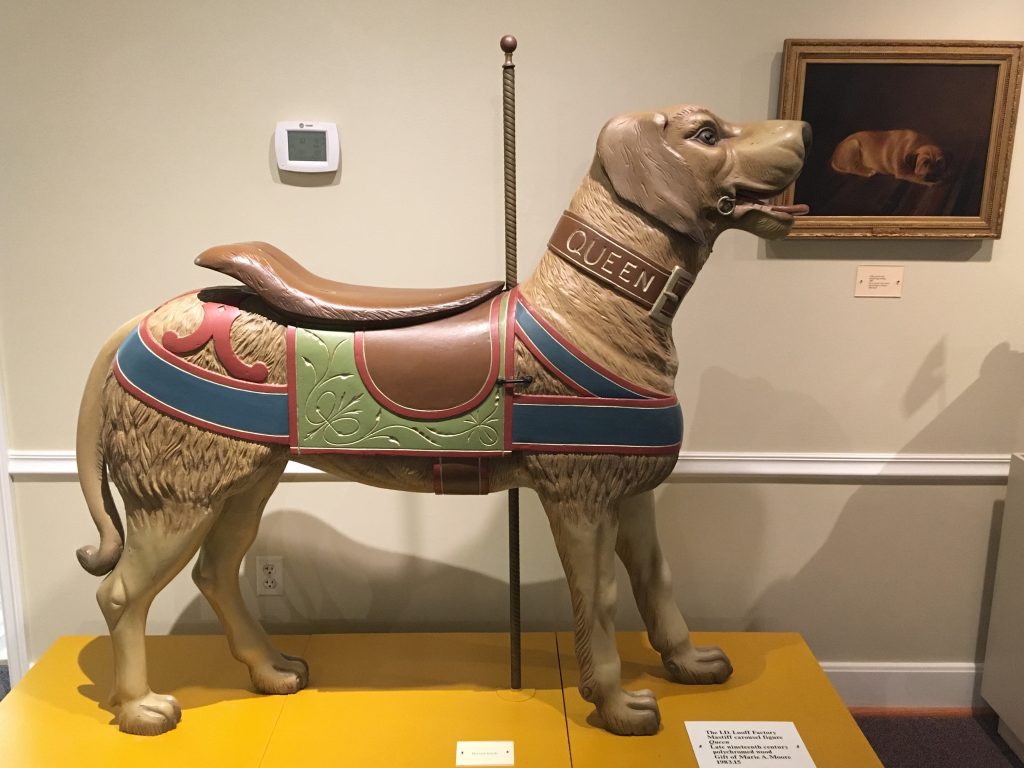 Carved in the late 19th century, this impressive Mastiff was made by L.D. Looff, creator of the first carousel at Coney Island. 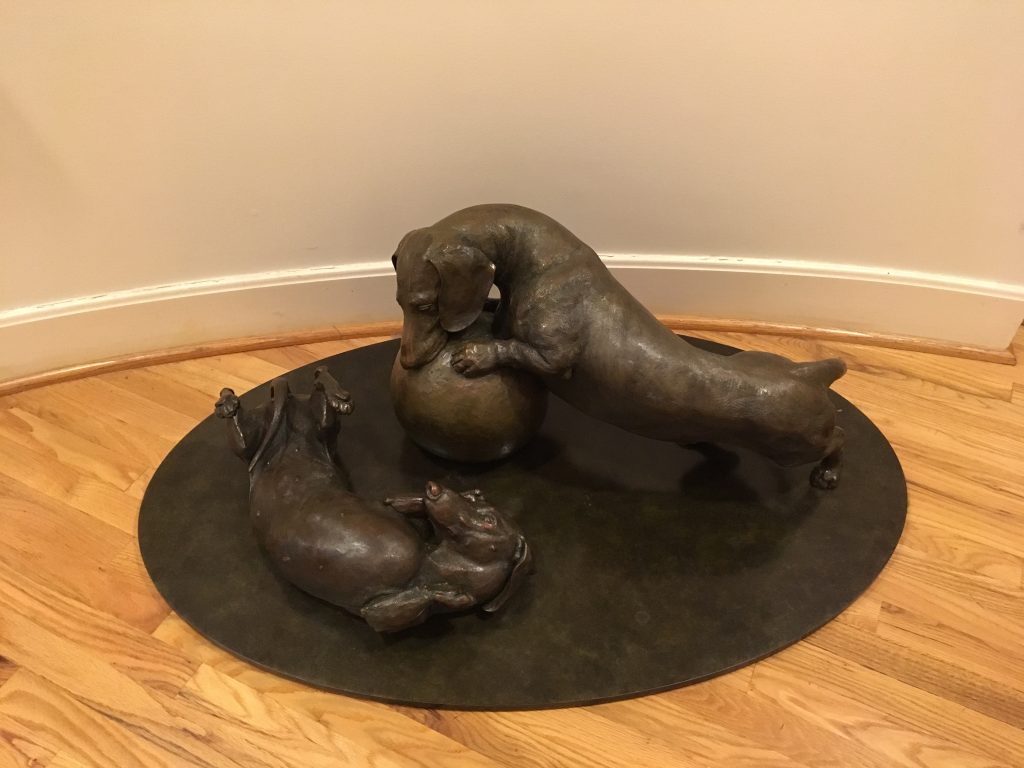 Who knew bronze could be so cute! These life-sized dachshunds were incredibly detailed, from nose to tail.

This simply stunning display of artistry at its finest

J/k, that’s a real dog! What kind of dog museum would it be if it weren’t dog-friendly?