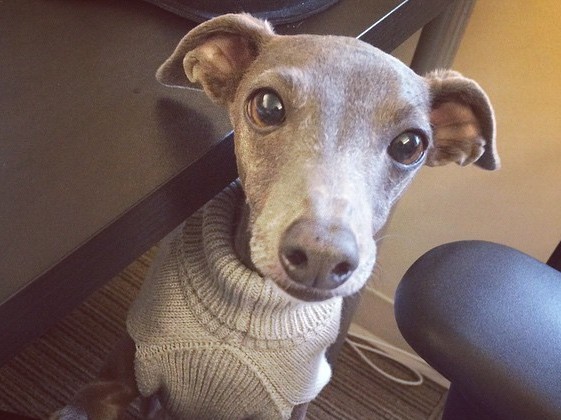 At Rover, we know how your love for your dog can be wonderfully, sometimes even overwhelmingly strong. And we also know when you find a favorite Rover sitter who takes fantastic care of your dog that you can form an amazingly close bond.

That kind of bond is exactly what Amber C., who happens to work here in our Rover offices, has formed with not one, but three dog owners. Each of them recently asked Amber to be their dog’s godparent.

One of Amber’s “godsons” is Kenzo, an 11-year-old pug whose mom relocated to Seattle last October from New York City. She travels globally for her job as a flight attendant, and leaves Kenzo with Amber close to every weekend. (Because of her job, she wished to remain anonymous in this blog post.)

Amber made fast friends with Kenzo. Kenzo also bonded with her boyfriend Mike, and their Boston Terrier, who’s named Gus (and Gus doesn’t bother making friends with just any dog he meets.) Kenzo played a part in Amber’s Halloween costume, as a ghost to her Pac-Man. 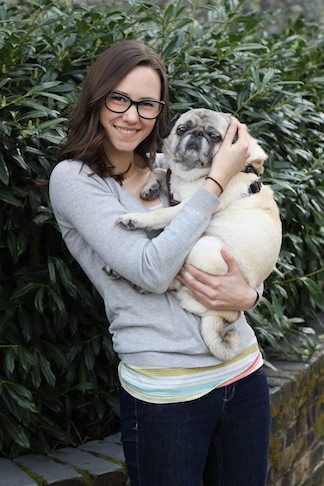 He also accompanied them on a day trip back in December, when they chose a Christmas tree. And just last week, he was the winner of the “Most Fashionable” dog prize at the Seattle St. Puggy’s Day contest, sponsored by Seattle Pug Rescue. Of course, Amber recorded all these adventures to share on her Rover Reel with Kenzo’s mom.

As Kenzo’s mom puts it, “I totally trust Amber’s judgment. She does exactly what I would do for him.”

That’s probably why Amber’s also been asked by two more of her Rover clients to act as godparent for their dog—Mumi, another Boston Terrier, and Bobby, a very fashionable Italian Greyhound (his mom works at Nordstrom headquarters, near Rover’s building, and he has rarely been seen sporting the same dog sweater twice).

The pups are certainly in good hands while their parents are away. Amber gives Kenzo a big hug and a smooch on top of his head. “He’s my little godchild,” she says. And with that, they’re off for a walk, with Kenzo sporting an enormous smile on his face.

Do you have an amazing dog-sitter story to share? Feel free to weigh in below or email blog@rover.com.