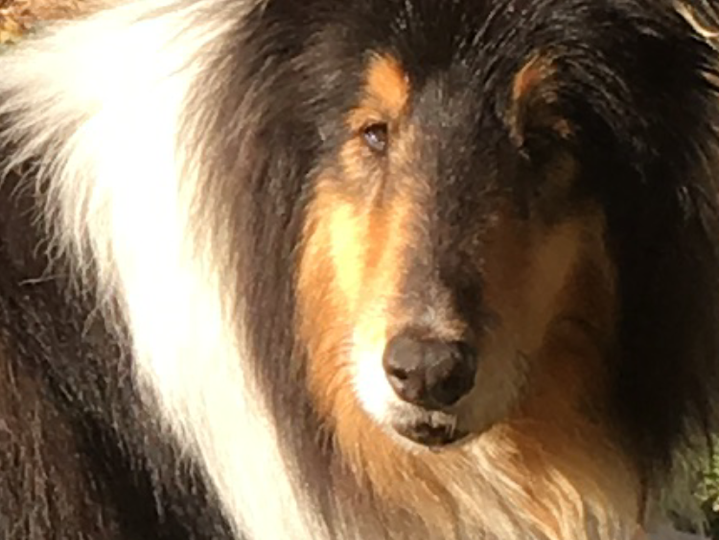 As dogs age, they often need a little extra TLC. Parents of senior dogs can feel uncertain about leaving their dogs, which is why many choose Rover when they have to travel. Rover sitters provide the extra peace-of-mind and 1-on-1 care that a senior dog needs. This was true for Robert, whose beautiful collie, Ben, had been diagnosed with neuropathy. He decided to stop traveling, in fact, until he was invited to a wedding in India—an invitation he couldn’t pass up, though it meant leaving Ben.

Robert wanted high-quality, personalized care for Ben. As he was searching, he “stumbled across Rover on the internet,” he says, and was relieved to find a sitter who could meet Ben’s needs. He explains, “Stefan’s description immediately jumped out…as he indicated that he had experience with older and disabled dogs. We took Ben over to meet him, and it was clear from his whole manner and the way he interacted with Ben that he was the right person to take care of him.” After this initial meetup, Robert felt better about his international travel plans.

“It was clear from [Stefan’s] whole manner and the way he interacted with Ben that he was the right person to take care of him.”

For the first few days, Ben’s stay at Stefan’s house went smoothly. His family loved Ben and vice versa. Stefan sent Robert pictures of Ben cuddling a giant teddy bear; all was well. He made sure Ben had water close by at all times and kept a careful eye on his condition.

Then, Ben’s condition worsened suddenly, which can happen for dogs with his diagnosis. Stefan noticed that Ben was having trouble breathing. He got Ben to the vet quickly, as well as notified Rover and Ben’s owner. As it turns out, his quick-thinking saved Ben’s life.

Because Robert was in India, it was tough for Stefan and Rover to reach him. Once they finally got a hold of Robert, he rushed back to the US to be with Ben. Thus, a planned three-week stay ended up being only a few days.

In these cases, typically, Rover would refund the owner for the unused portion of their stay. However, Robert was so impressed with the support that Stefan gave Ben that he declined the refund. He says, “what I was most happy about was all the love and attention that Stefan and his whole family showed Ben, and how attentive they were to his needs and condition. That really saved him, as Ben was pretty stoic, and I’m sure someone less sensitive and attentive than Stefan wouldn’t have realized that we was in such distress.”

“I’m sure someone less sensitive and attentive than Stefan wouldn’t have realized that we was in such distress.”

Thanks to Stefan, Robert and Ben were able to have a few extra weeks together. That was very important for Robert, who was closely bonded to his dog. He was eager to share his favorite story about Ben with us. “I generally get up early and would let him out in the yard first thing,” he says. “Usually he’d come back in a few minutes for breakfast, but one morning he didn’t, so I finally went out to make sure he was all right. I found him lying in the grass with a young rabbit sitting just a few feet in front of him. They were just watching each other, and Ben was grinning widely. Afterwards the same rabbit came around regularly—if I went out on my own, he would scamper away, but if Ben was with me, he’d just watch us.”

We’re so glad that Ben got the great care he needed. This story highlights what makes us so proud of our caring, experienced sitters and our fast-acting Rover support team. For sitters, it’s also a great reminder to be prepared for anything, and to always err on the side of caution when it comes to pet health.