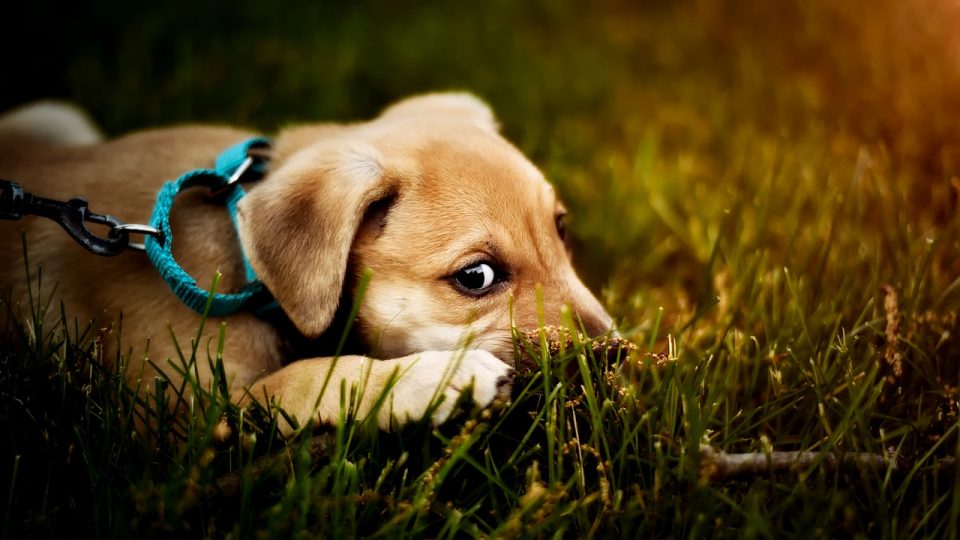 So you’ve got your new pup, their vaccines are in order, and you’re ready to set out on a walking adventure as the dynamic duo you’ve always wanted to be… only to realize your puppy isn’t exactly interested in going on a walk.

They tug backward, they sit down — I had a friend once whose corgi would lay down and be dragged across the tile floor rather than put one foot in front of the other. Whatever they’re doing, your pet is making it clear that they would prefer not to go on a walk.

While it might be amusing (and even funny) at first, eventually owners want to know: what the heck, why doesn’t my puppy like walks? Are they being stubborn? Is something wrong?

We spoke with a dog trainer to get to the bottom of why your pup’s bottom refuses to leave the ground.

Help! My Puppy Won’t Walk with Me

If you’ve never put a leash on your pup before, or you’re using a new harness or collar, there’s a good chance your puppy just doesn’t know how to move in the equipment you’ve put on them, says certified professional dog trainer Nicole Ellis. “Often a dog in a new harness or collar will freeze unsure he’s able to move,” she explains.

She suggests pet owners leave their pet’s new walking gear on when they’re indoors during playtime or during feeding, which helps them get used to how their harness, collar, etc. feels on their body in a space that feels safe for them.

The world is full of a barrage of sights, smells, sounds and other stimulation, and that can make your puppy hesitant to move, as they feel overwhelmed. If your puppy is reluctant to walk out into the great big world, Ellis recommends using lots of verbal praise and treats. The key is to keep it super fun so that your pet starts to associate going on a walk with an exciting, pleasurable time.

Just like humans can be reluctant to walk out into a downpour or brave a chilly night, dogs sometimes don’t want to deal with less-than-ideal weather, too. “Lots of young puppies can easily get cold or too hot,” Ellis says. If there’s any chance that the ground might be too hot or cold, or that they might be trying to dodge precipitation, try to avoid the uncomfortable conditions if possible, or reward them with extra verbal praise or treats.

Has a harness gotten loose, or could you have tightened it too much? Are you trying out a different style and can’t be sure it’s not pinching, poking, or rubbing in a way that makes your pet uncomfortable. If your puppy is putting their butt down on the issue of walking, check to see if their gear isn’t adjusted properly or could be causing them discomfort. Under the arms and around the shoulders are the most common areas of rubbing, Ellis says.

Sometimes, a puppy refusing to walk can actually be signs of an illness. Many infections, for example, can lead to lethargy. Serious diseases like parvo, distemper, leptospirosis and even less serious sicknesses like kennel cough are pretty common in puppies, according to PetMD.

“Dogs aren’t as active when they don’t feel well,” Ellis says. “Puppies have a more sensitive immune system so it’s best to check with a vet there are no health issues.”

So whether your pet is just being a bit cautious, or they’re trying to tell you something is wrong, you’ll get walking together eventually — it just might take a little extra effort.