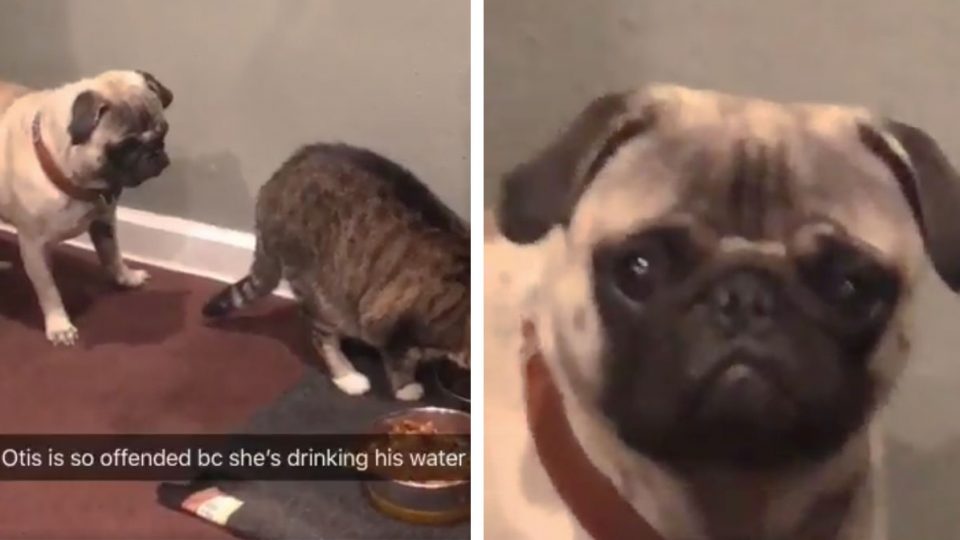 Otis the pug was less than thrilled recently when he discovered the family cat drinking from his water dish. Fortunately for the rest of us, Otis’ reaction to the unsavory situation was captured on video. And it looks like a scene straight out of TV’s The Office. Behold.

Can you believe this?

My cat was drinking Otis’ water and he looked up at me like he was in an episode of The Office lmao pic.twitter.com/hYqzoNKMiW

The question is, which character from The Office do you think Otis most resembles? We’re pretty sure he’s a Jim.

Is Otis a Jim?

Check it out with the music

Or Is Otis a Stanley?